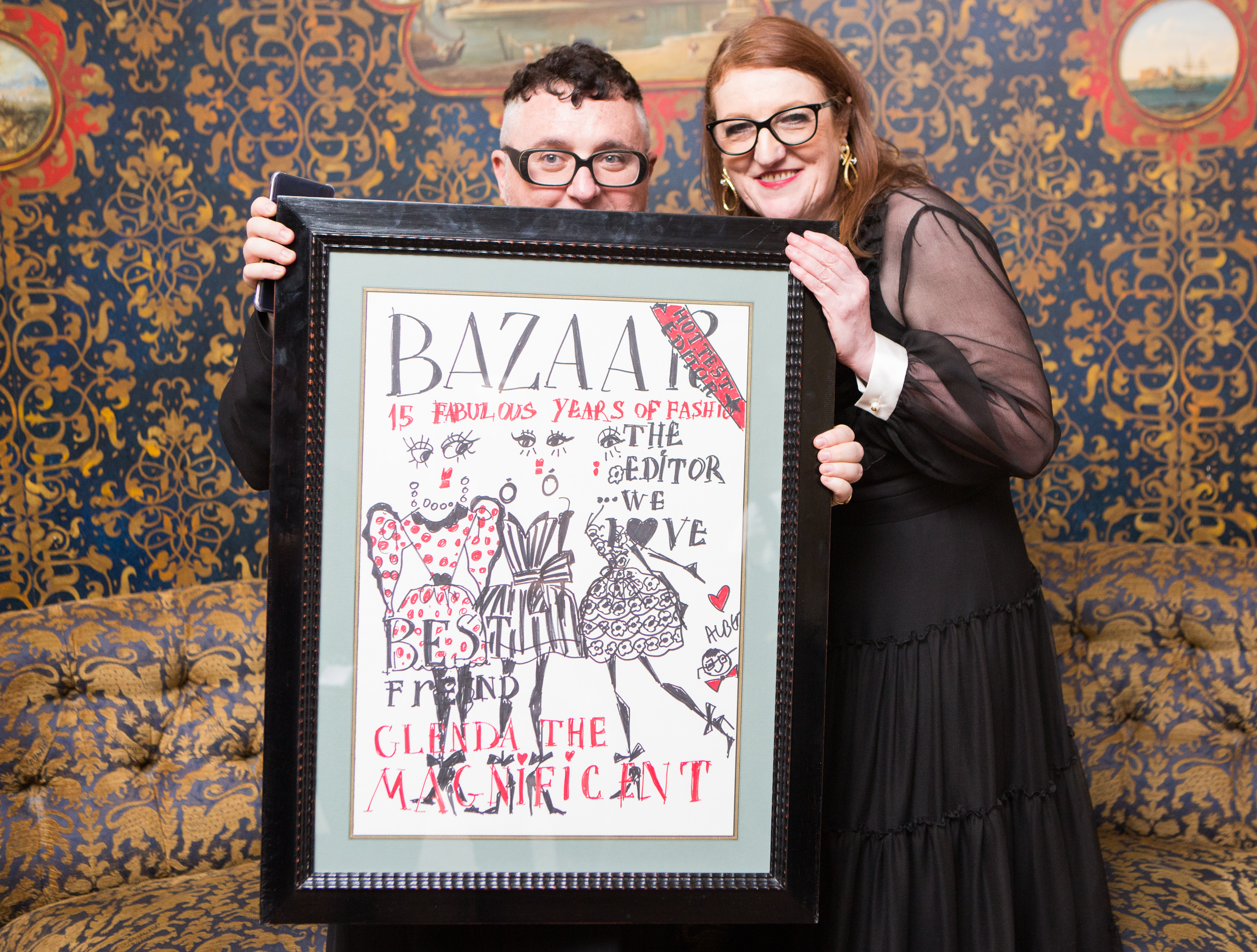 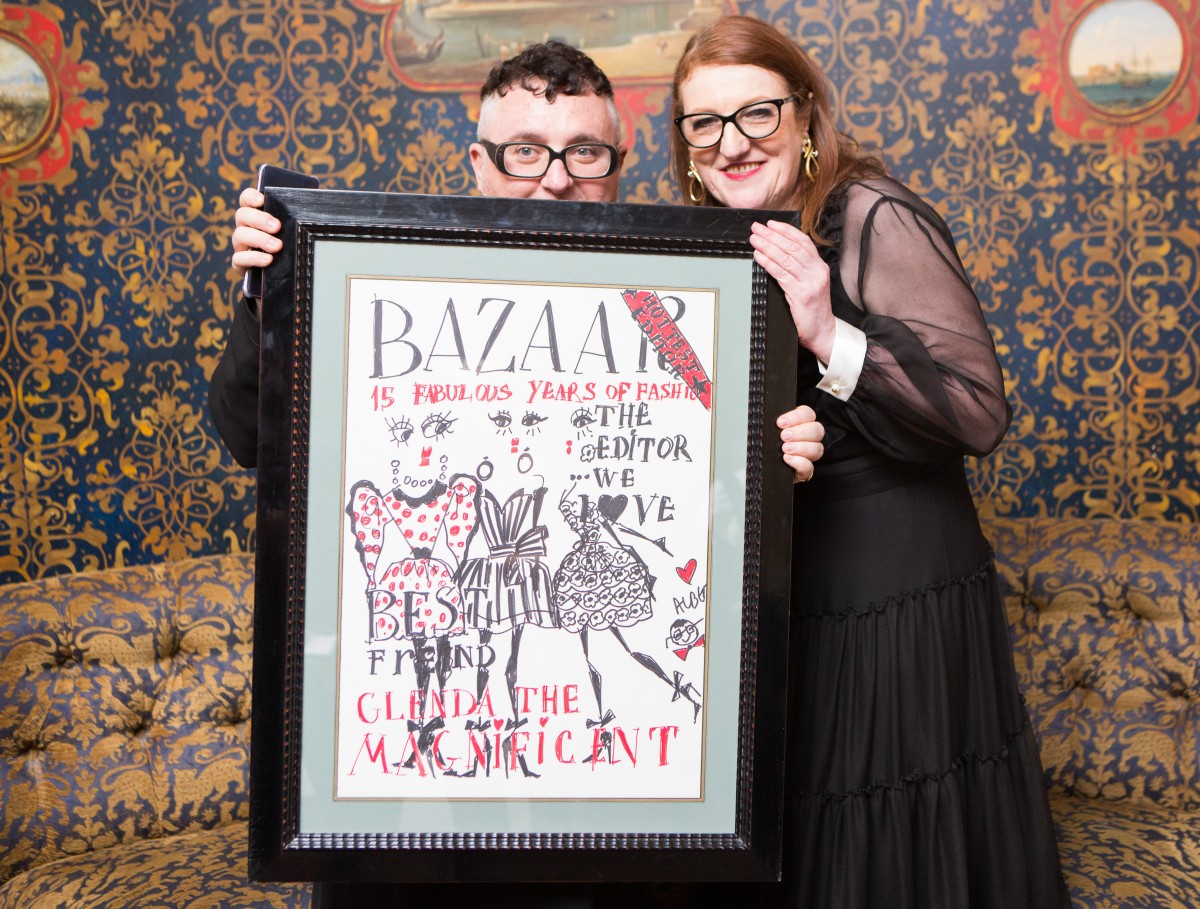 “Thank you all so much for coming tonight,” she said after a few remarks from Hearst’s David Carey and Frank Bennack. “First, I’m sorry to say that I don’t look great for 15. Before I started at Bazaar, ‘fashion’ and ‘fun’ rarely appeared in the same sentence, let alone friendship. I’m thrilled that all three are here in the room tonight. You can’t say I haven’t taken Bazaar to new heights. I’ve had Demi Moore on a staircase with a giraffe, and Kate Winslet hanging off a skyscraper. I’ve even taken the plunge…well, Rihanna did, swimming with sharks. What can I say, I love a heavy-handed metaphor. In the end, while we celebrate Fabulous at Every Age, I’ve tried to become Fabulous on Every Page.”

Surely making it’s way to Bailey’s office wall soon will be the framed cover of Bazaar drawn by Elbaz as a gift, which included the coverlines: 15 Fabulous Years of Fashion, Hottest Editor, The Editor We Love, Best Friend: Glenda The Magnificent.

What else is there to say? Joyeux anniversaire, Glenda! 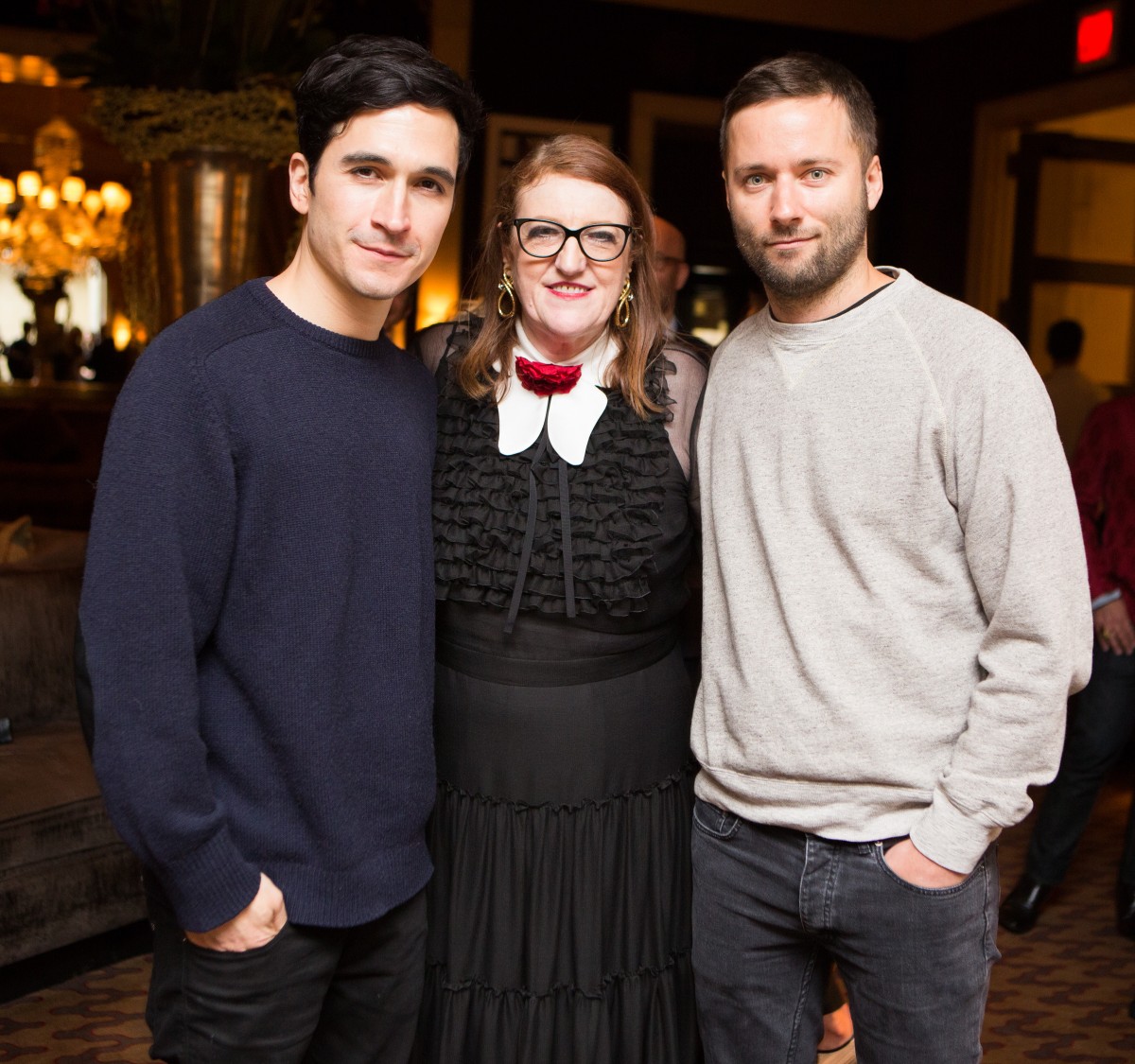 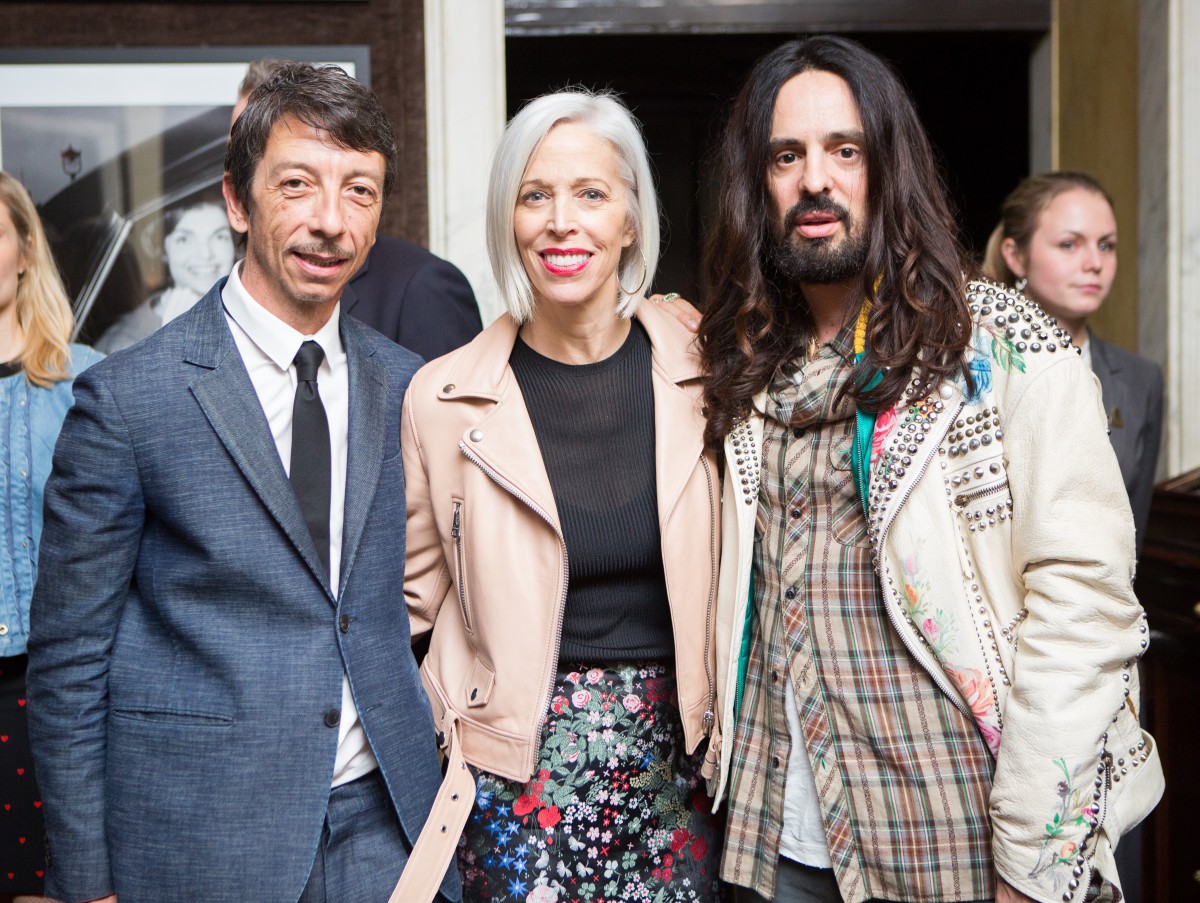 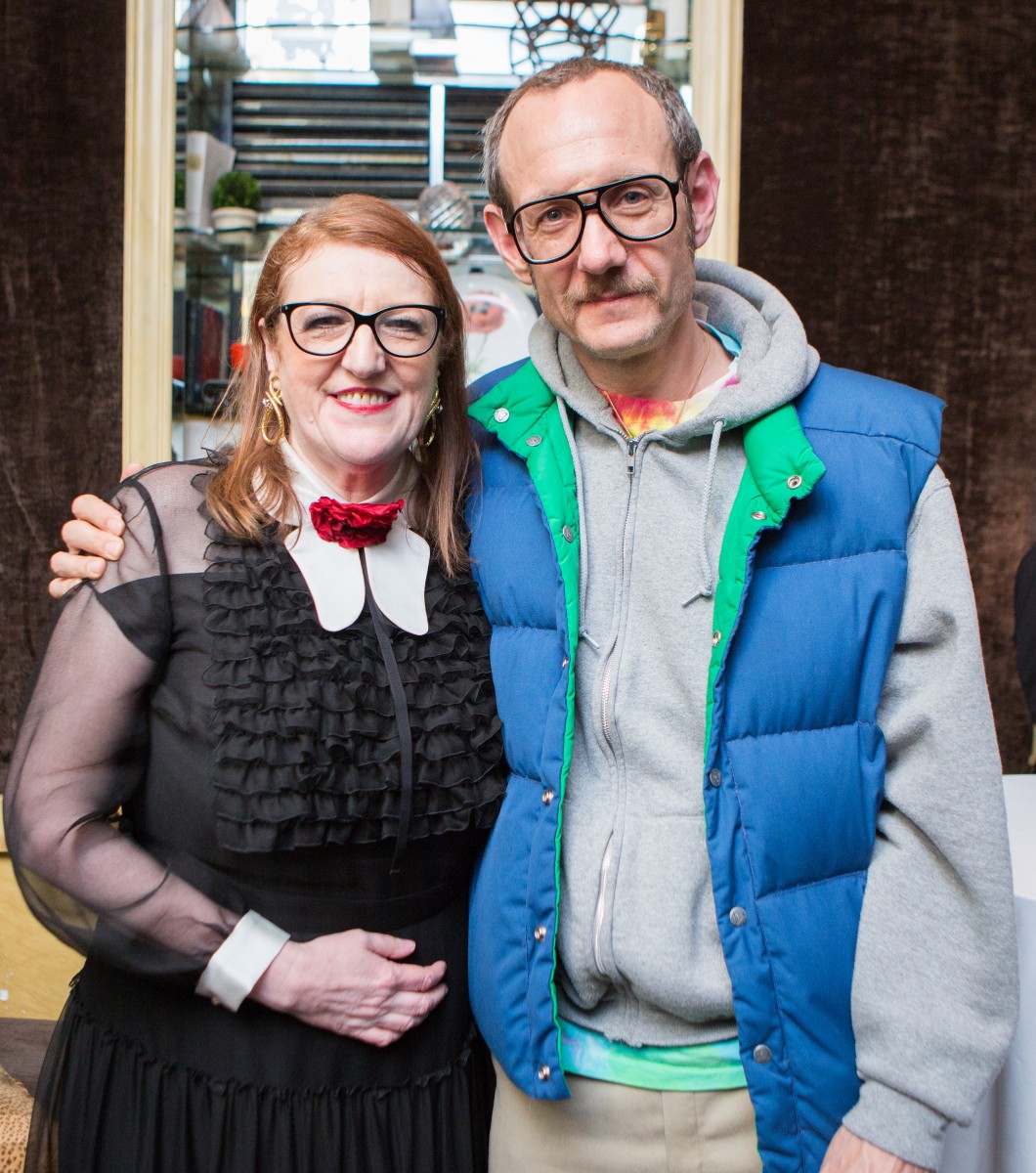 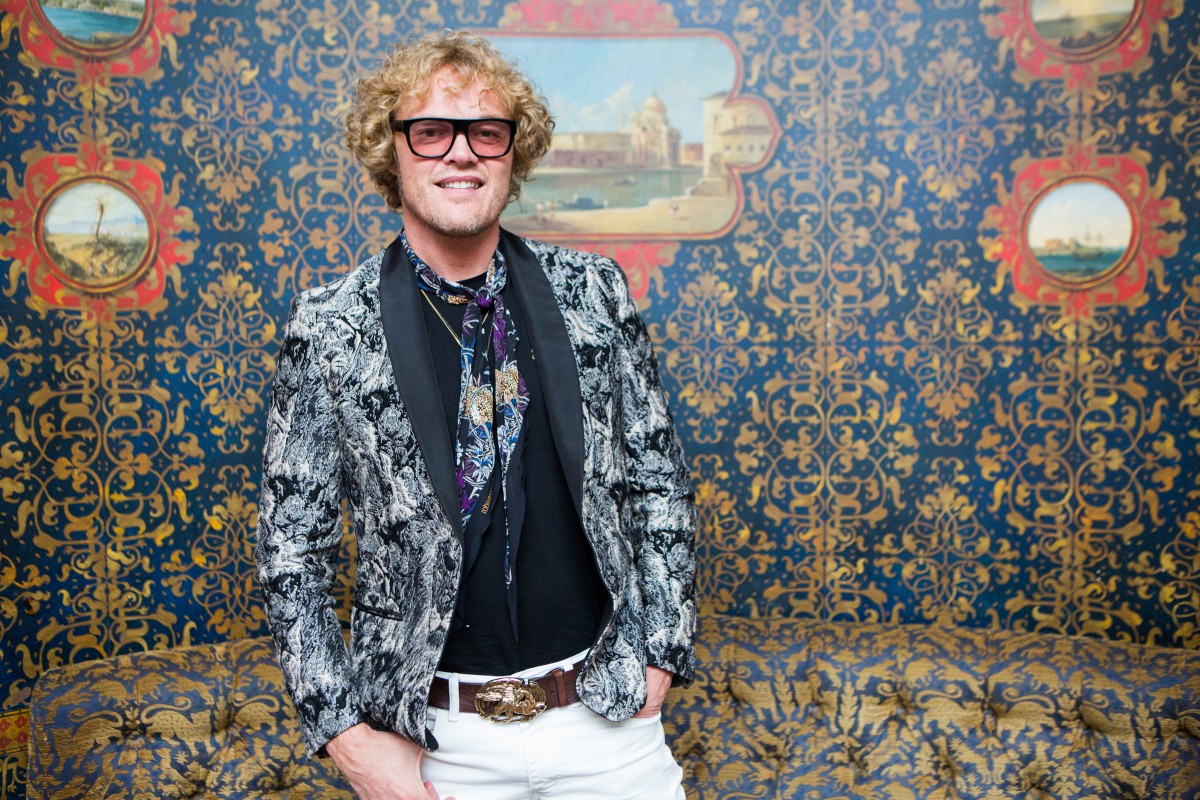 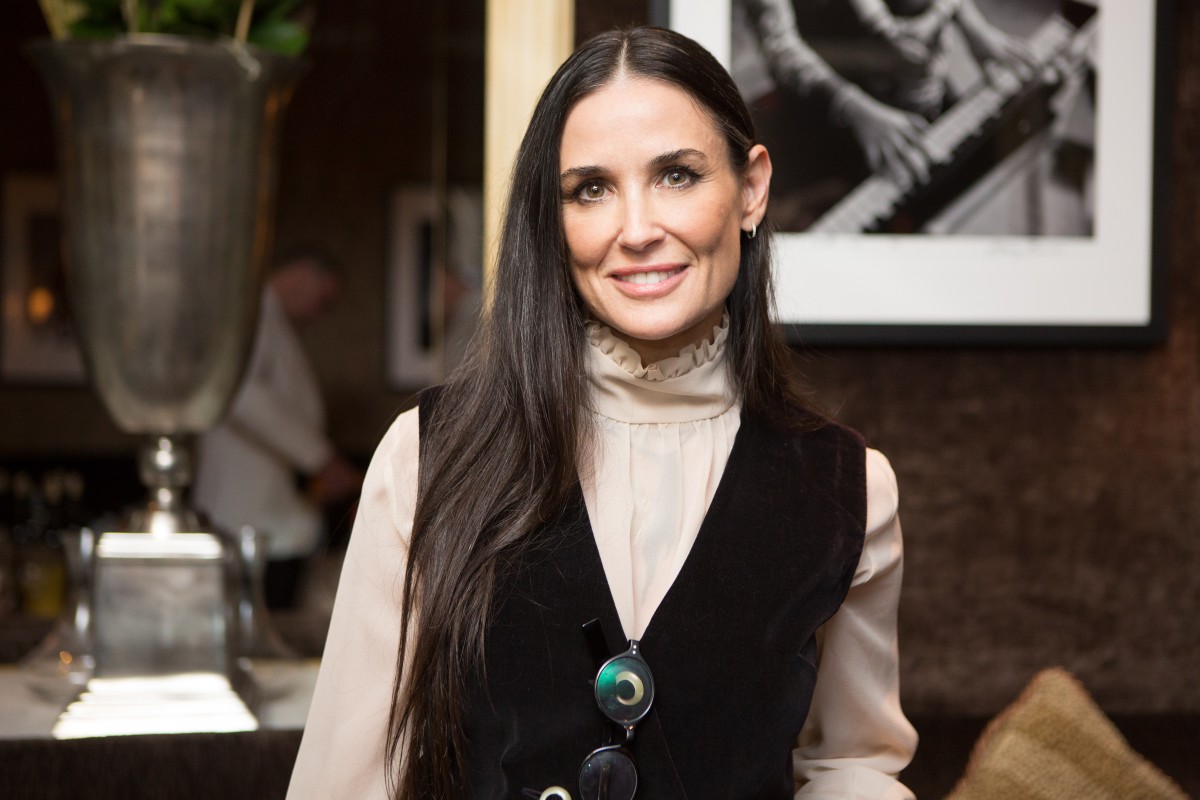 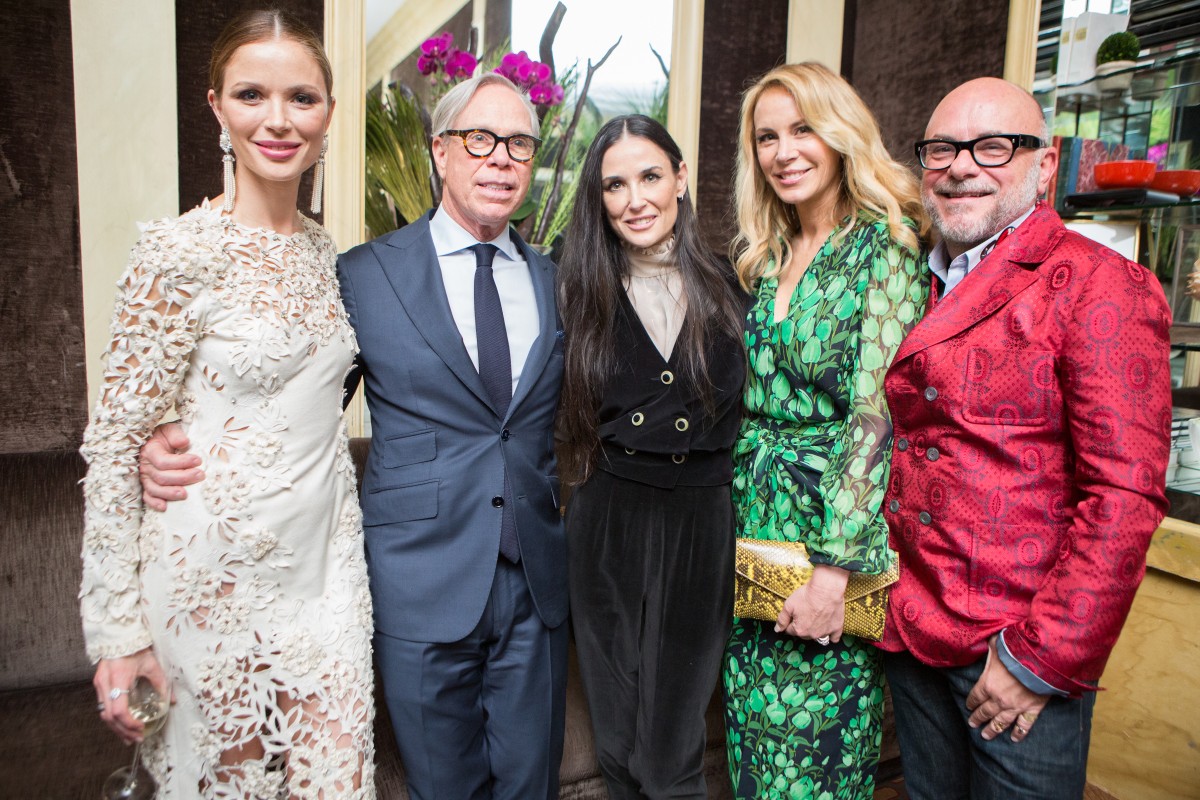 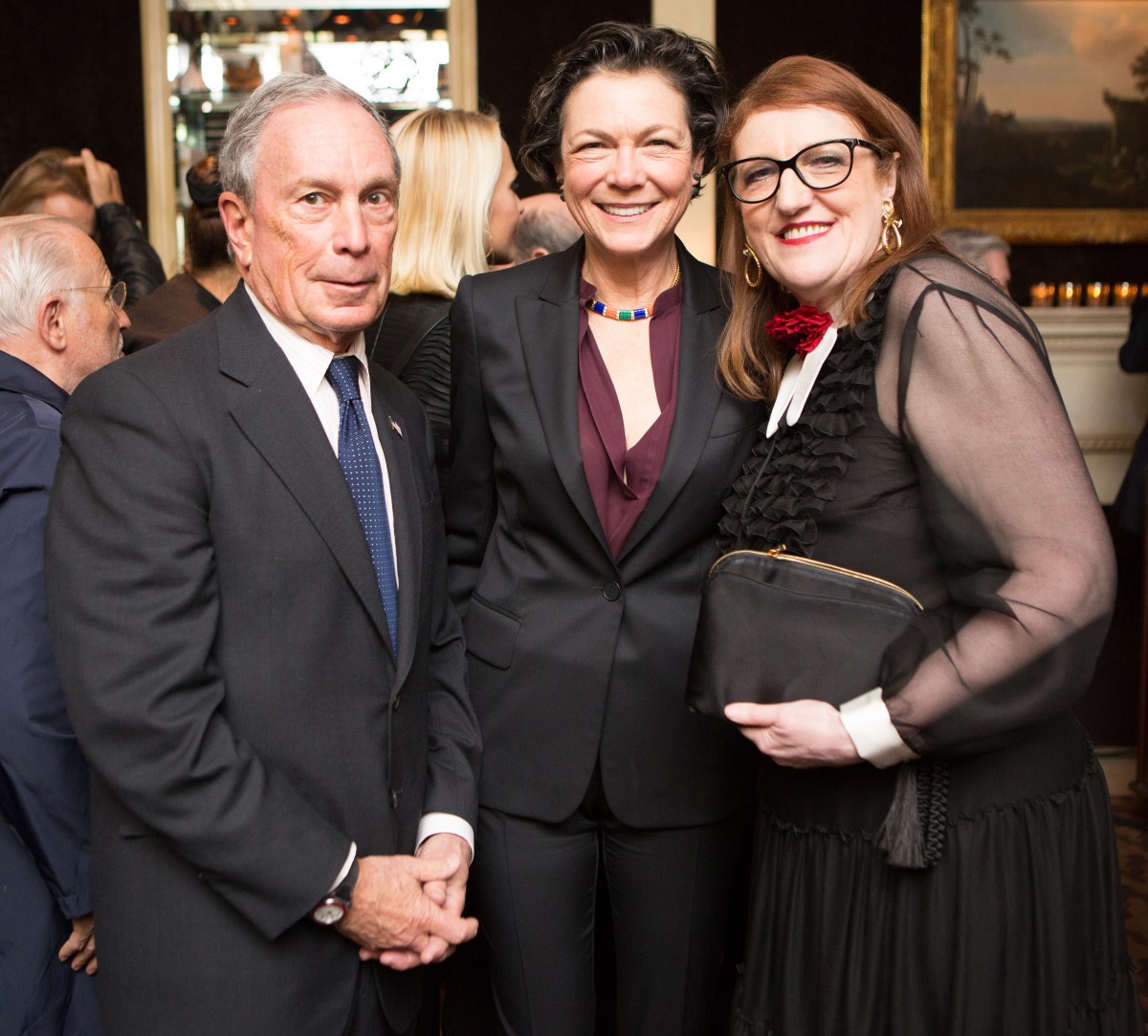 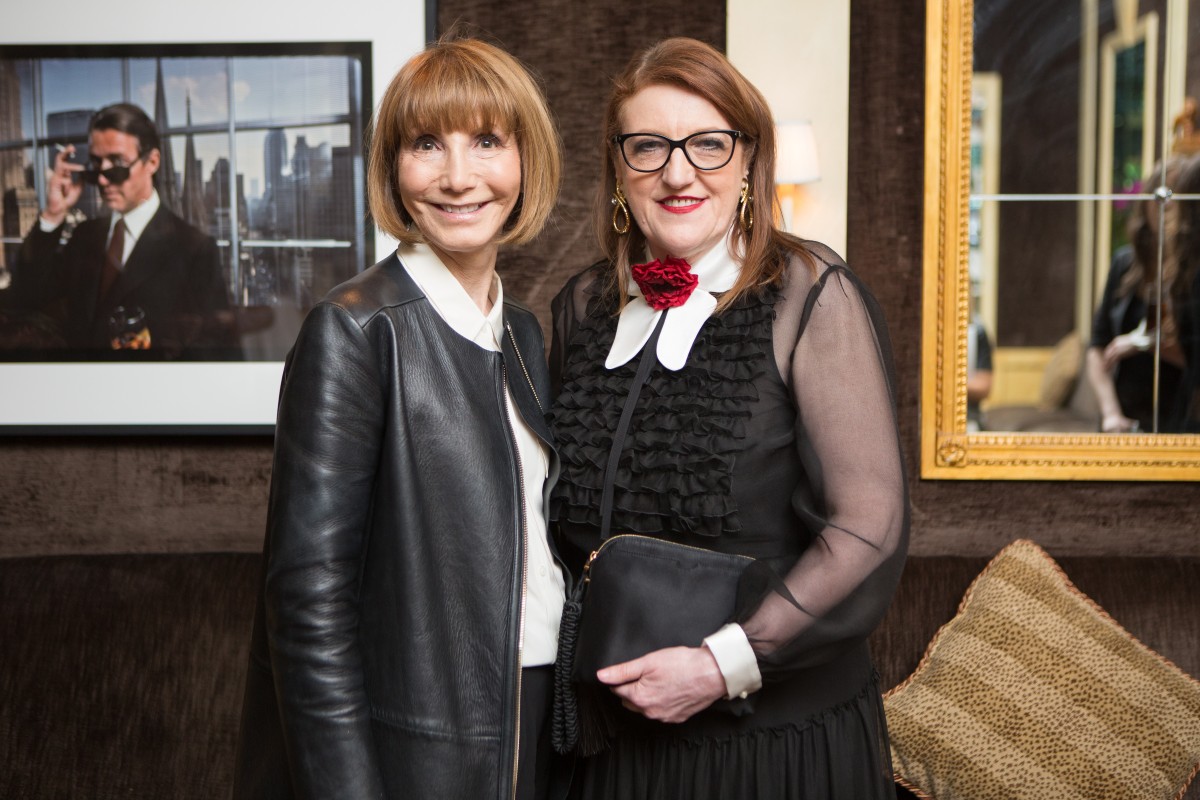 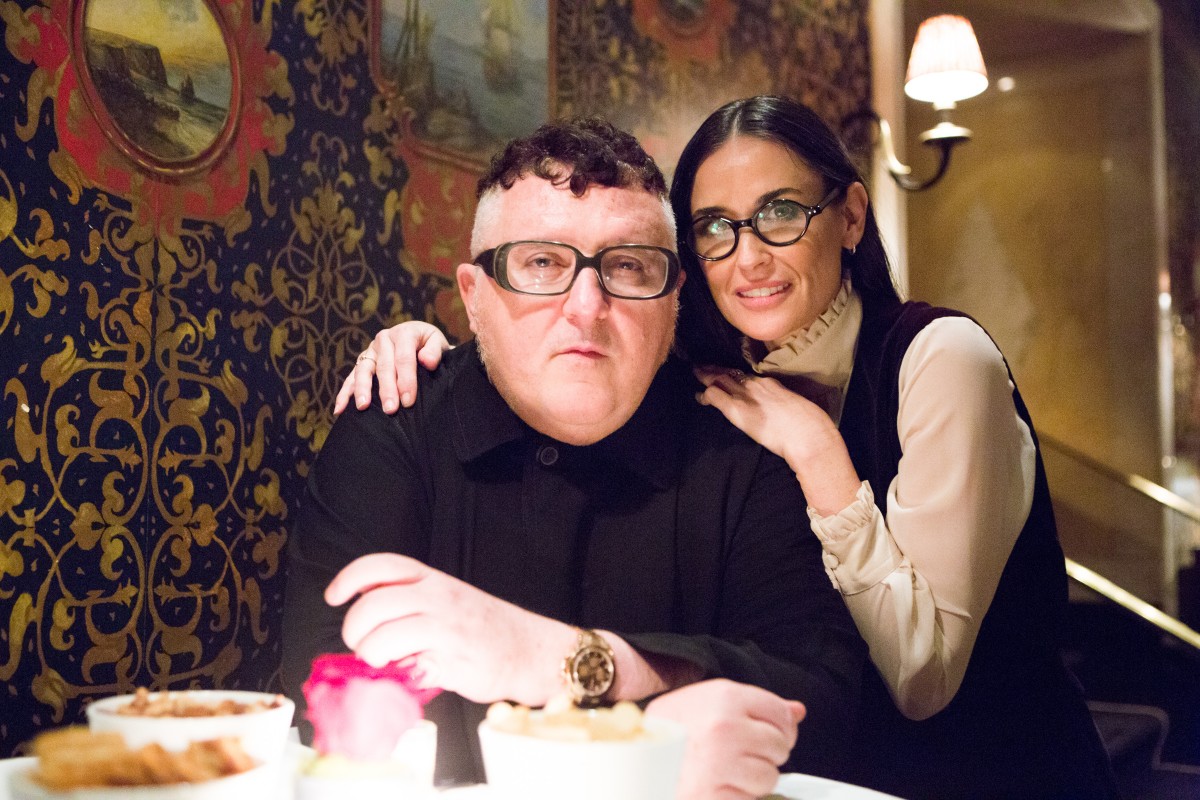 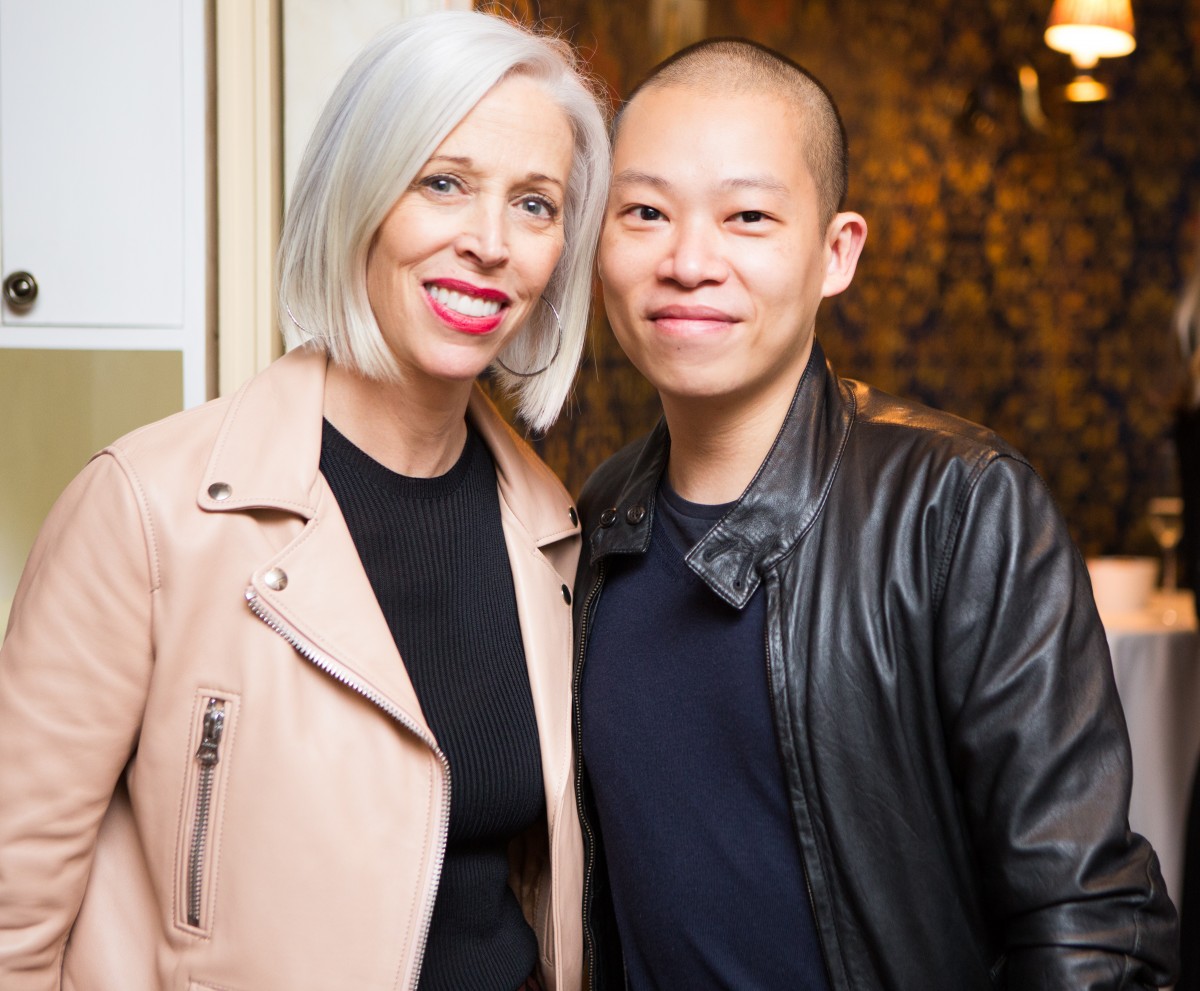 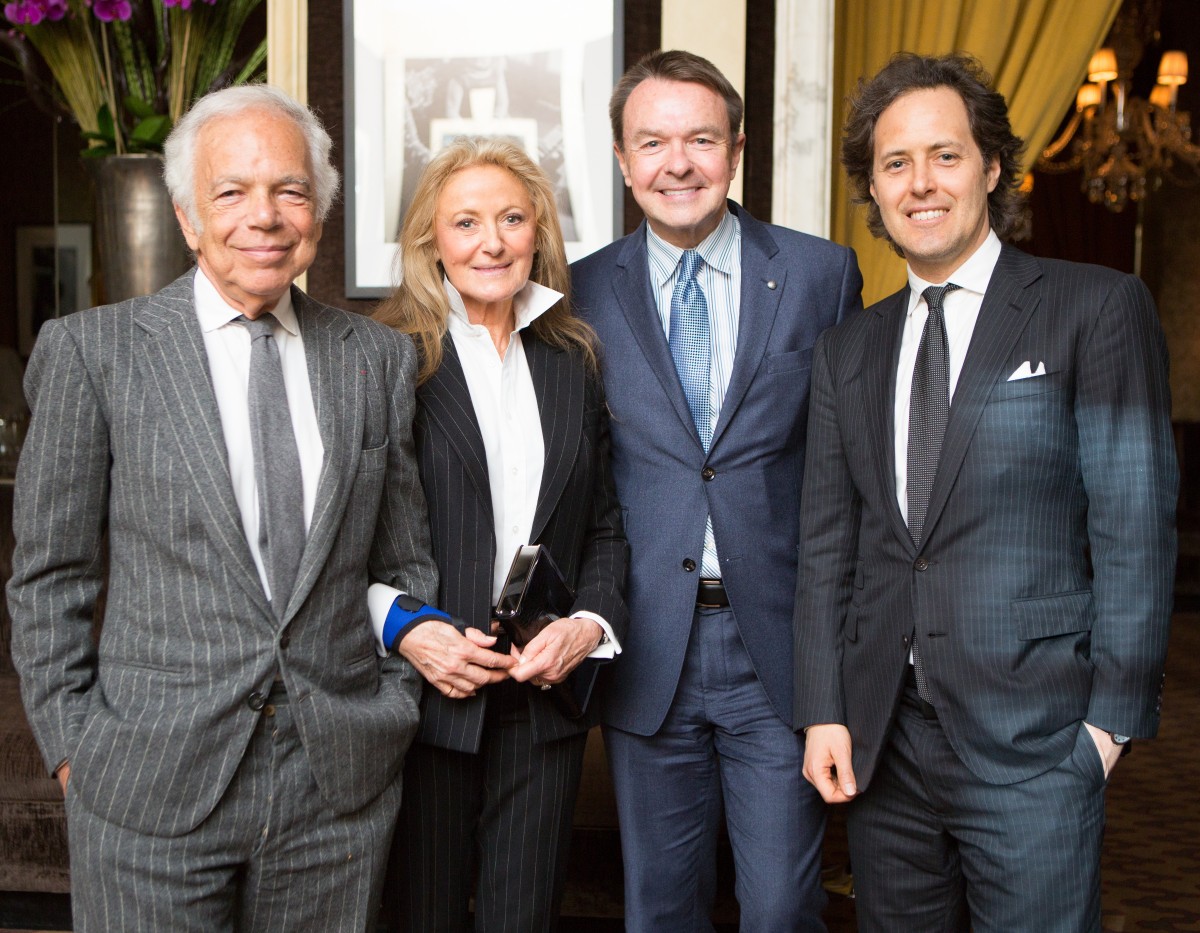 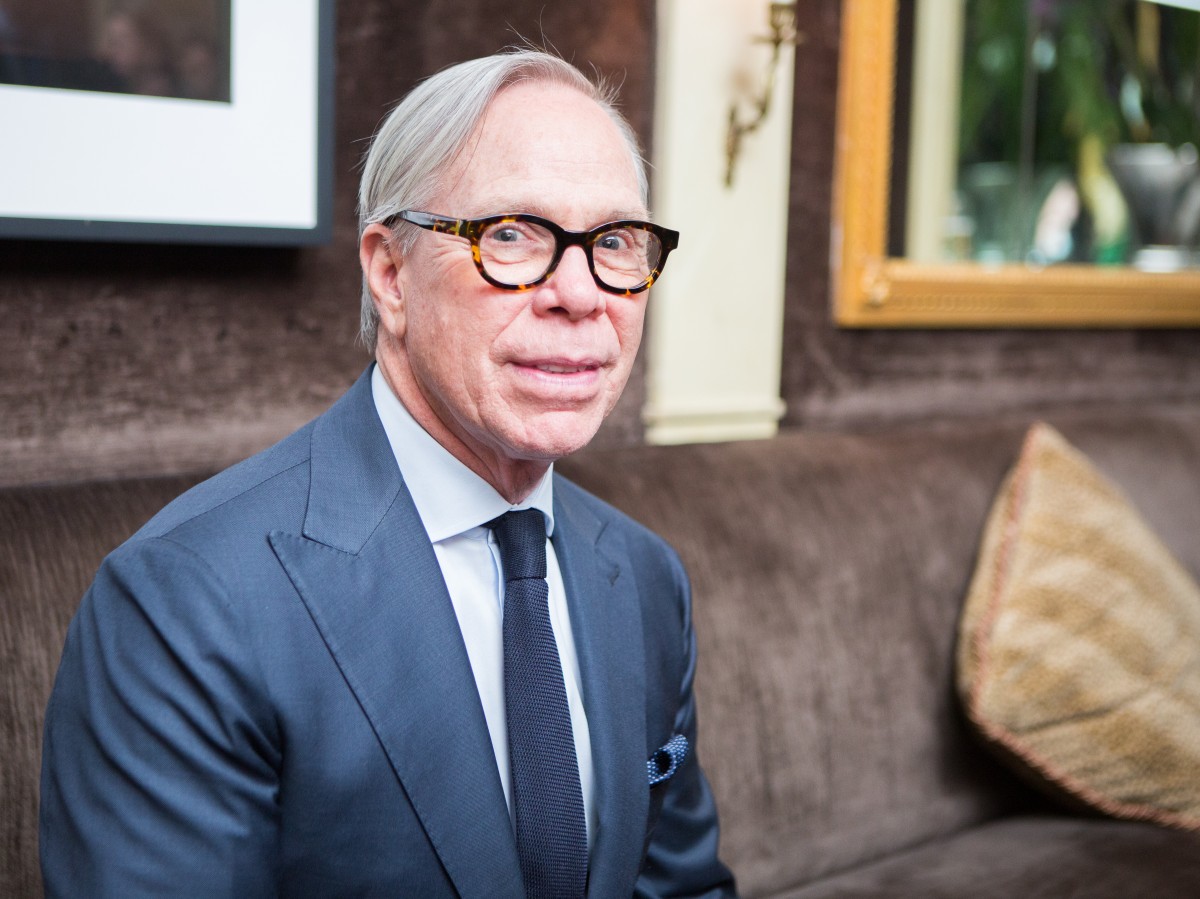 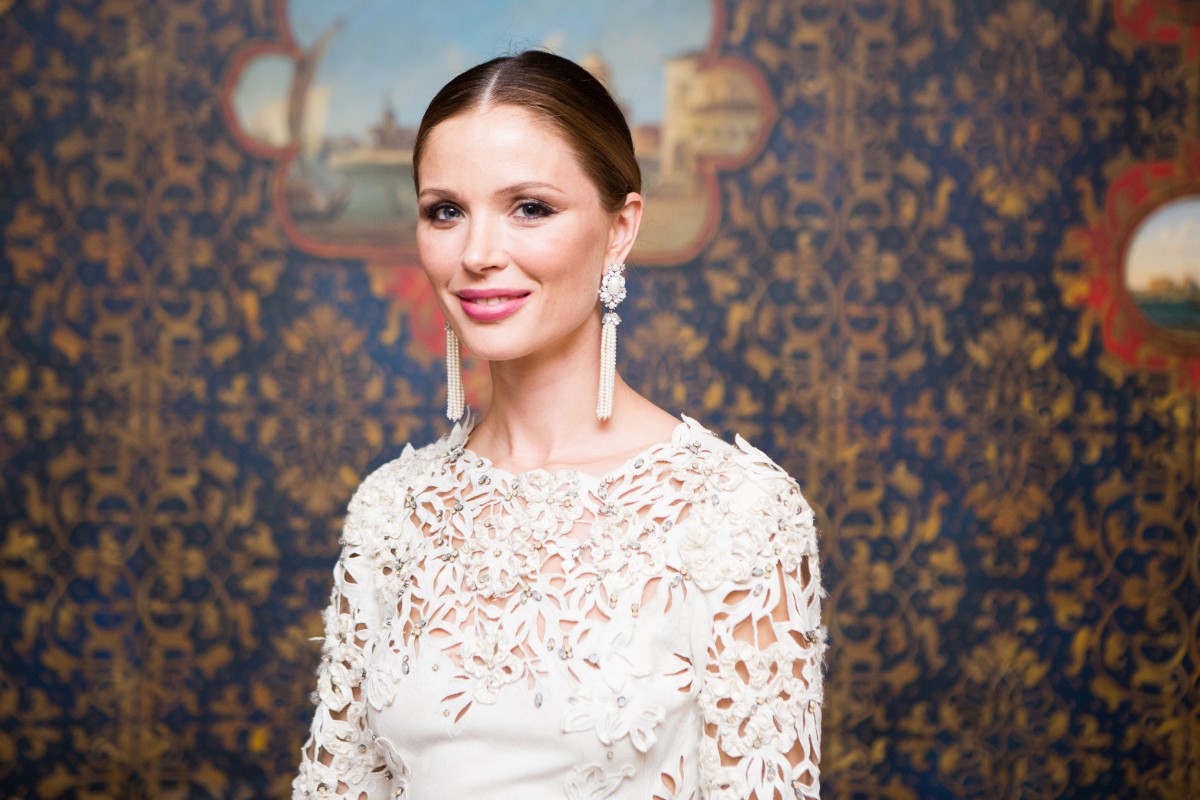 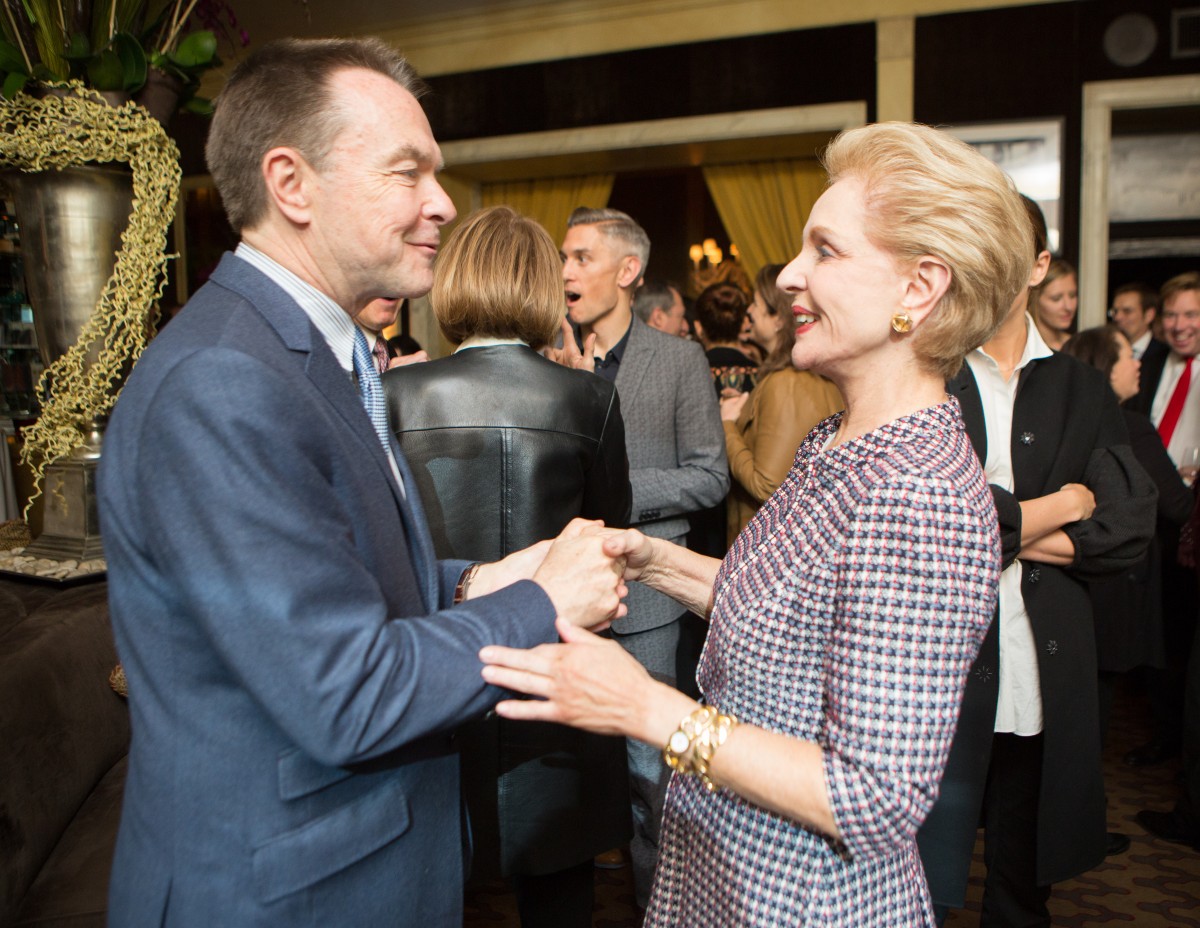 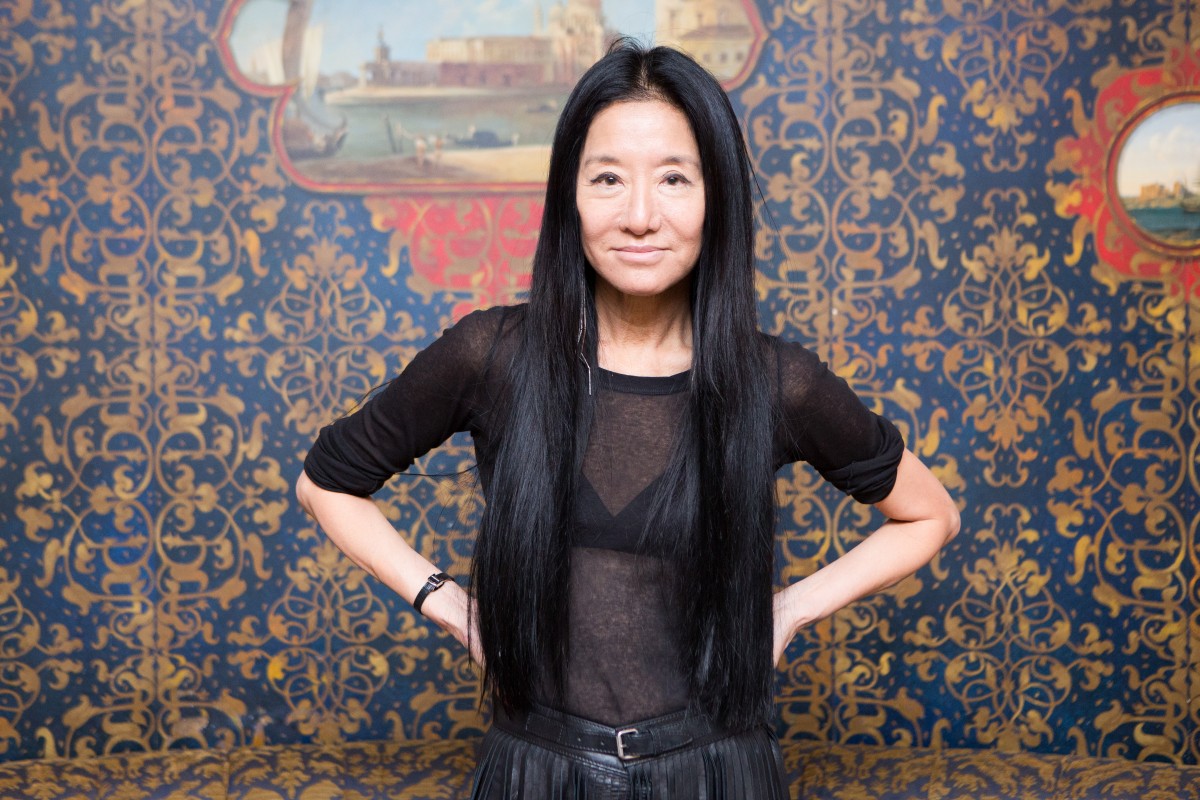 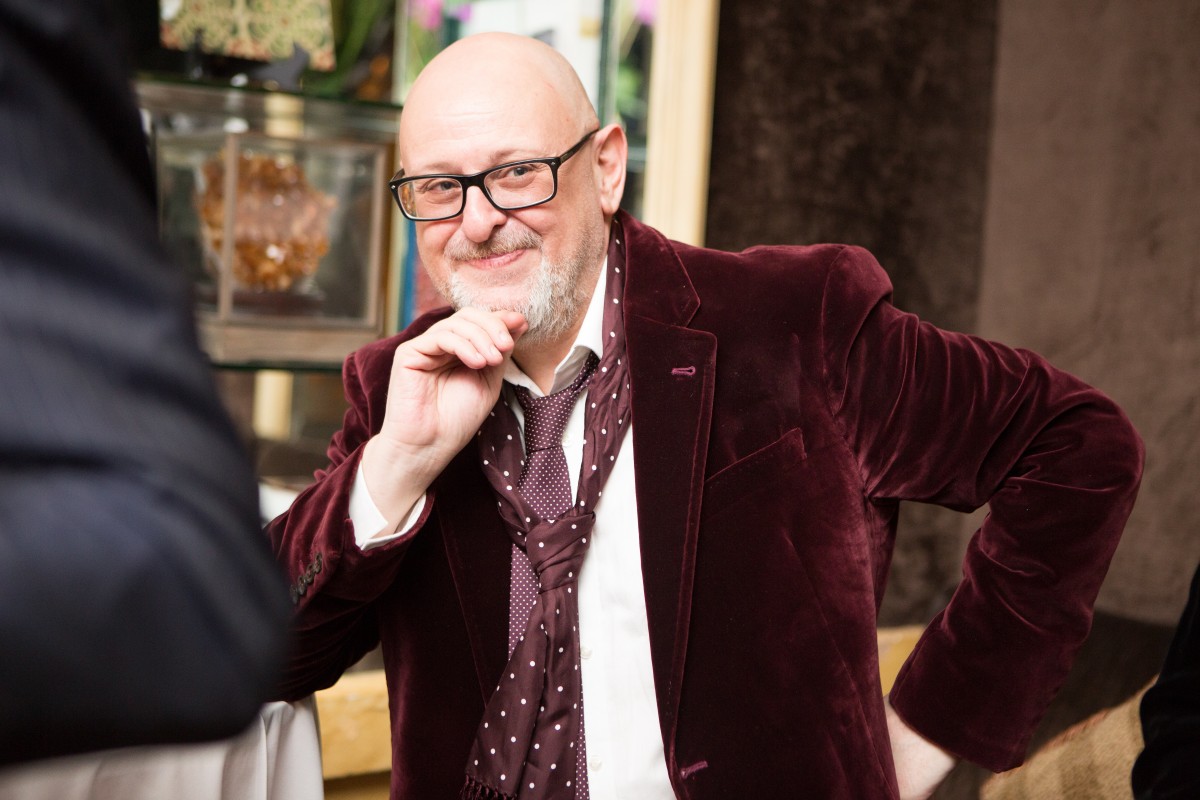 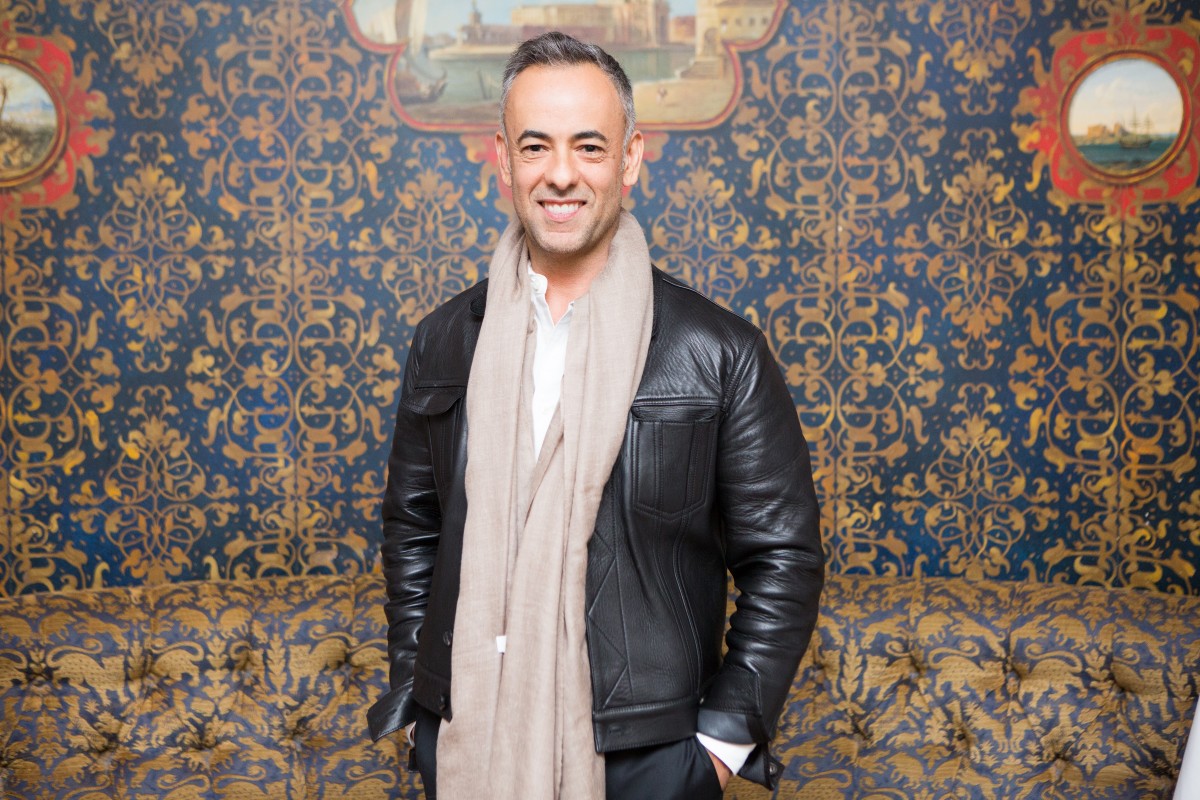 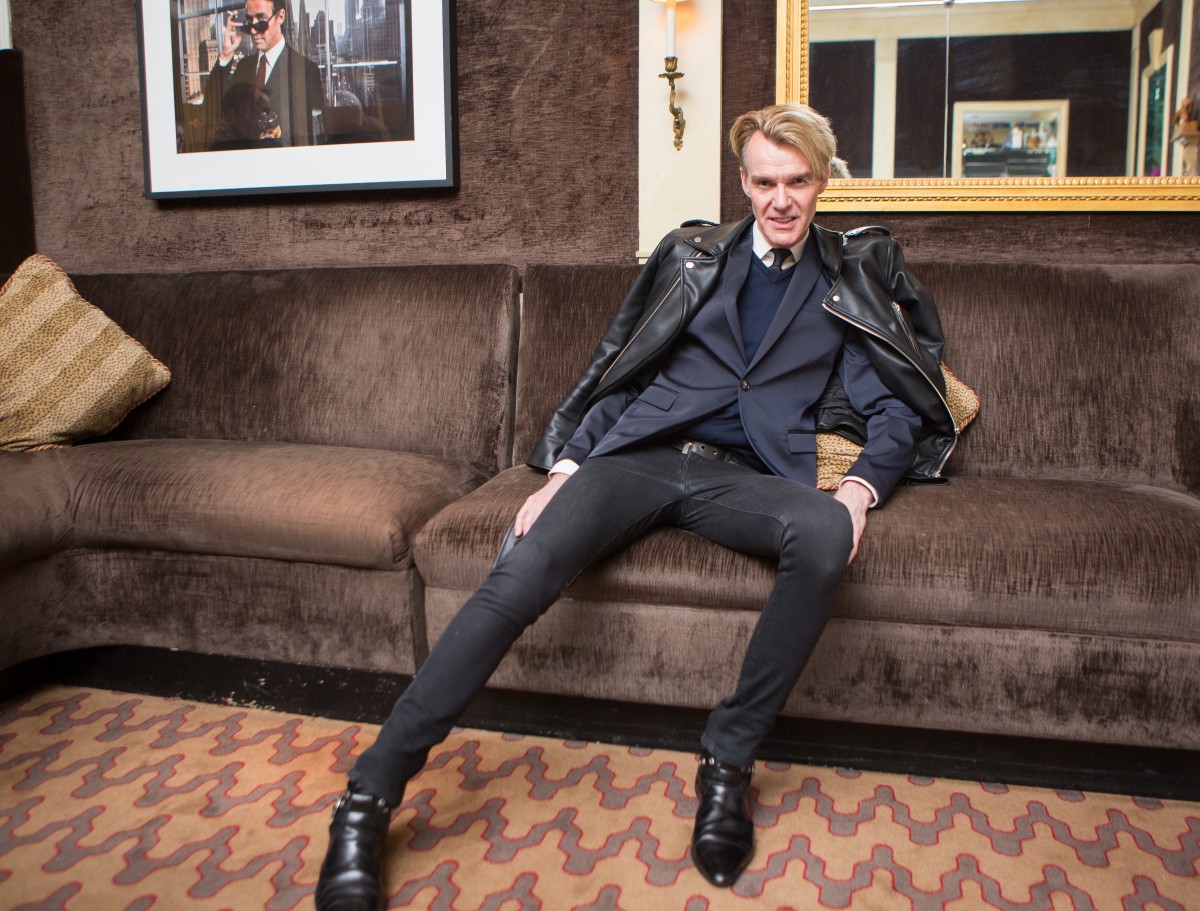 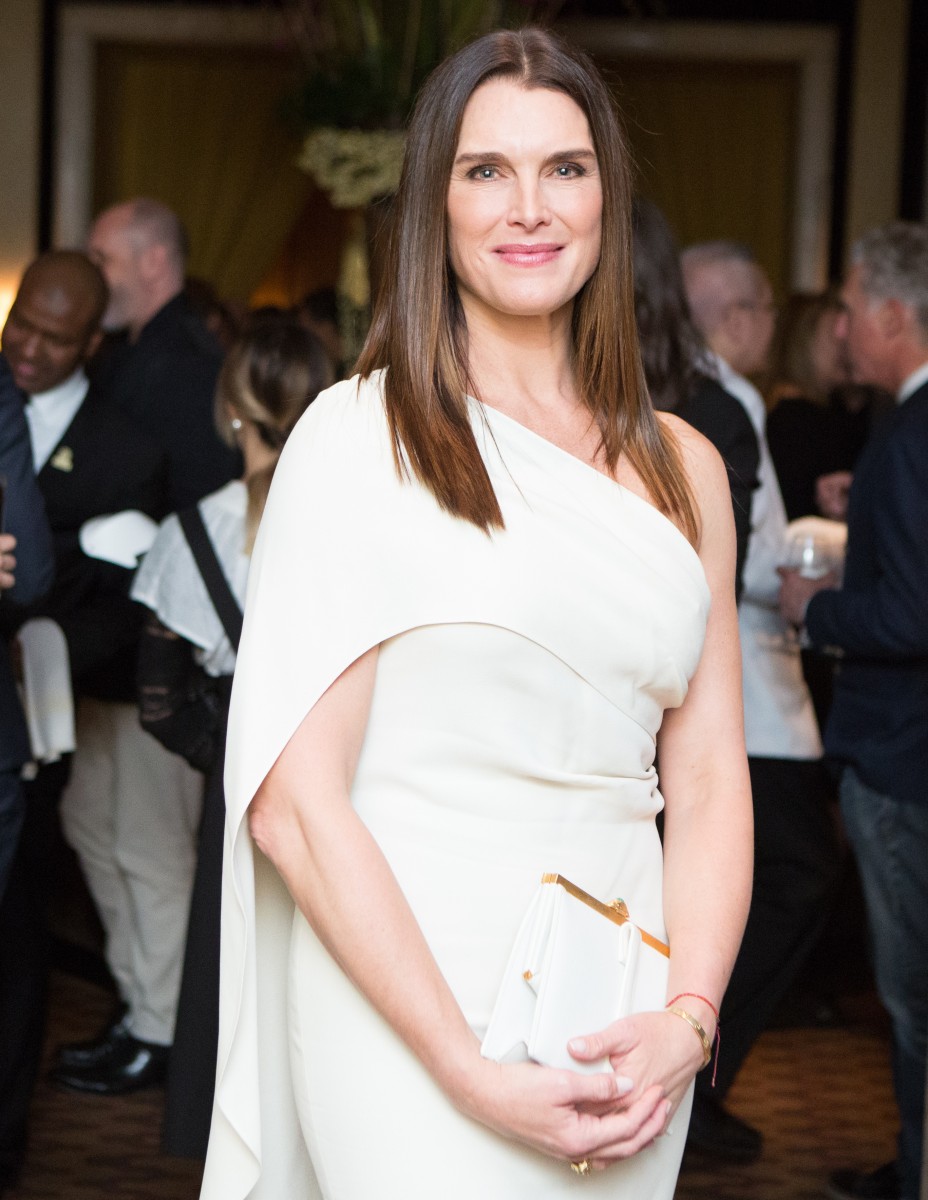 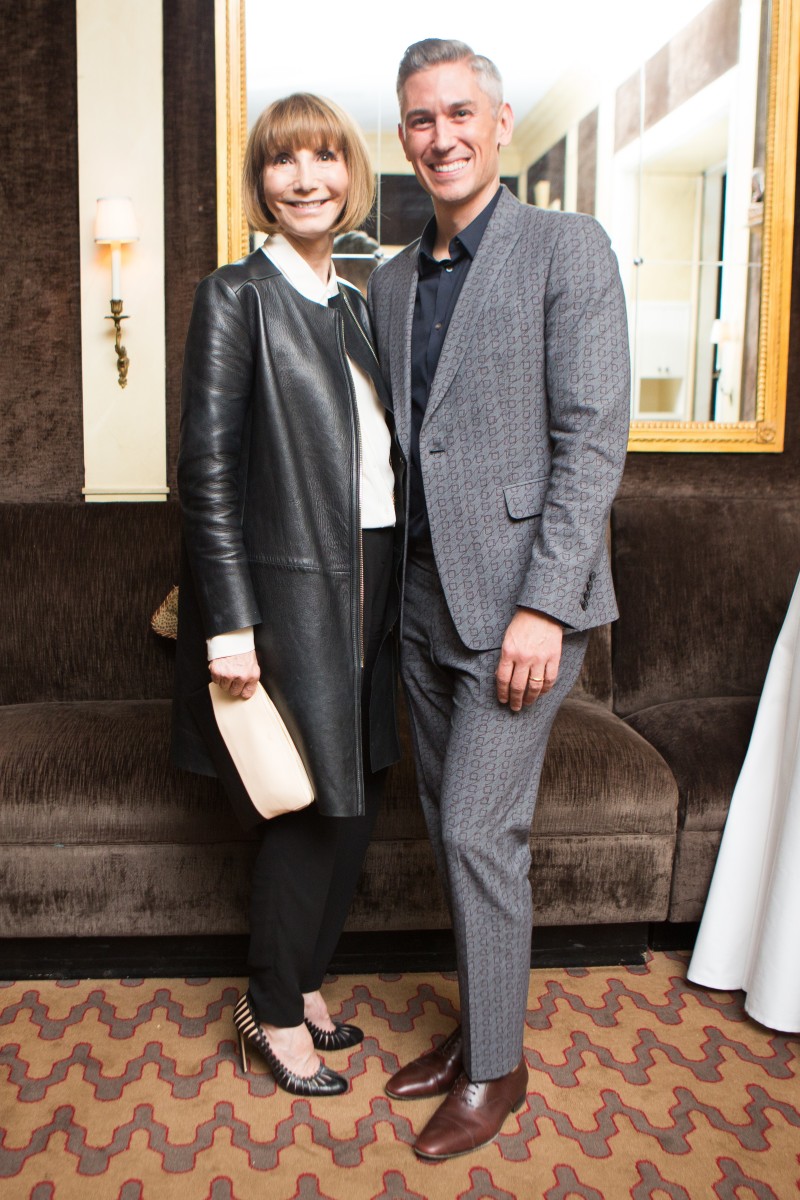 Must Watch! Karl Lagerfeld Does the Cha-Cha in Cuba