Inside Glamour’s Women of the Year Awards 2019 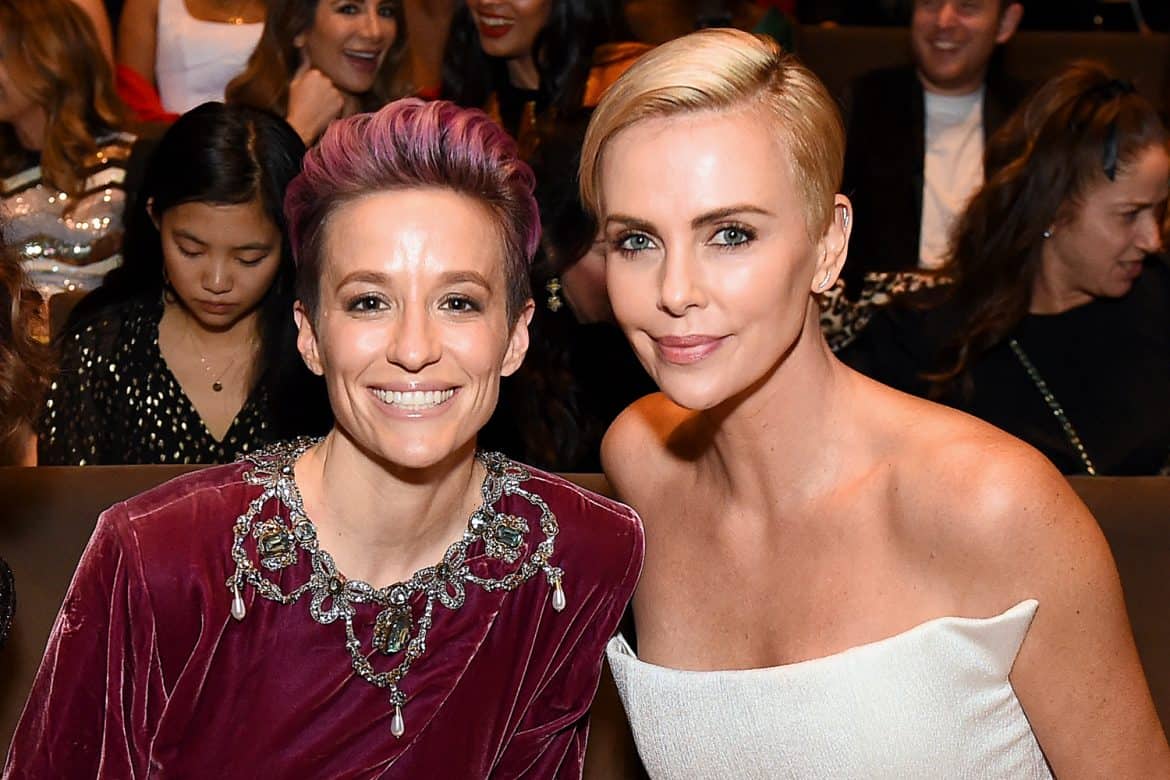 You can always count on Glamour’s Women of The Year awards to deliver some tear jerking moments and last night’s show at Alice Tully Hall in New York was no exception. Ava DuVernay, Yara Shahidi, Tory Burch, the women of the Refugee and Immigrant Center for Education and Legal Services (RAICES), and Charlize Theron were among this year’s many accomplished honorees.

“This is my second Women of the Year awards. I’m as proud, if not prouder, of the event this year,” Glamour EIC Samantha Barry told The Daily on the red carpet. “It is such an important part of the franchise and what we do. It’s a big part of what takes up our year. We had hundreds of people in here yesterday as part of the summit, and 2000 people in the room tonight for a brilliant black tie affair. The embodiment of what your seeing tonight it what we care about — women with substance and something to say, and we get to highlight them, which is great.” 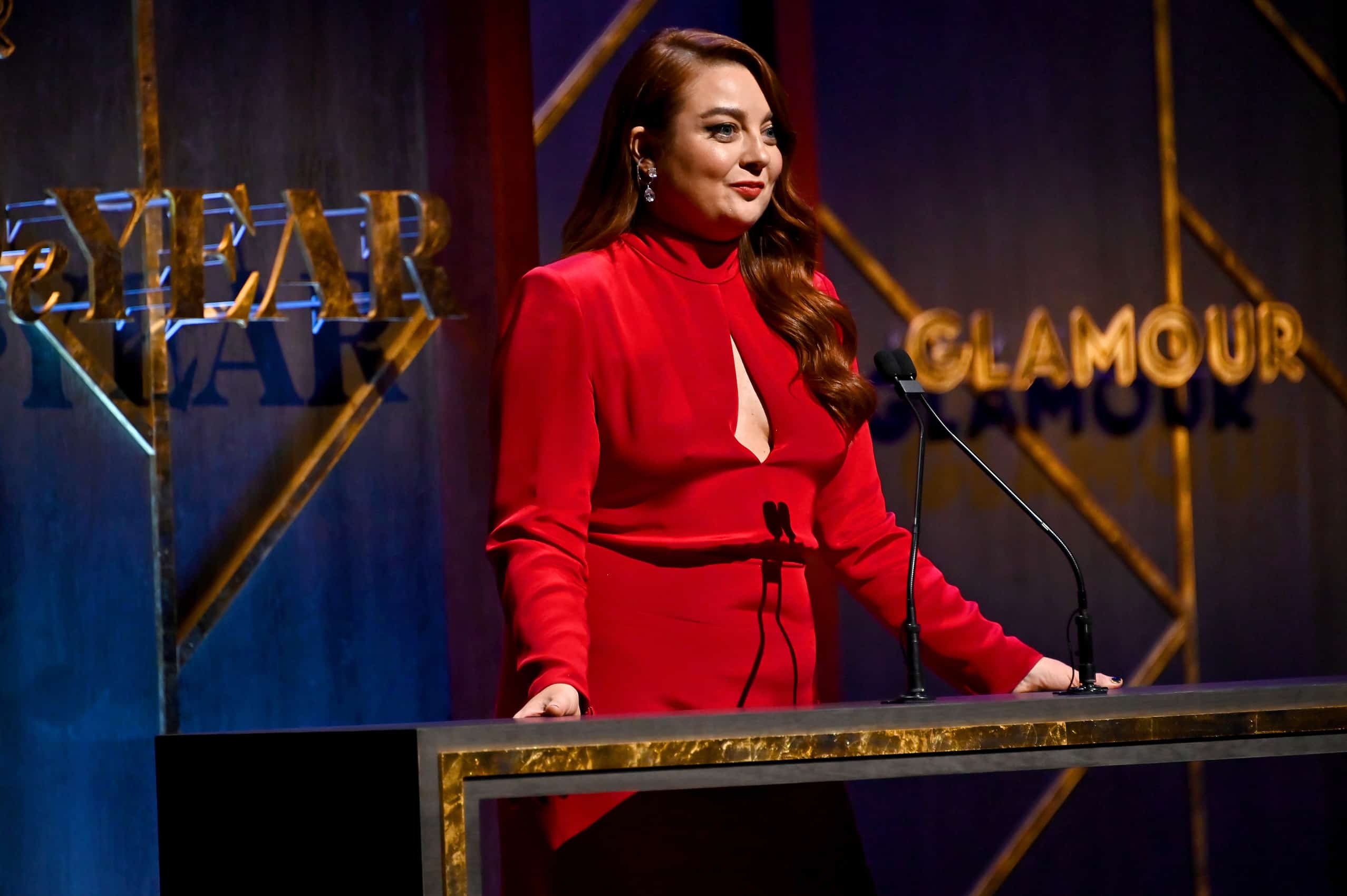 Busy Phillips opened the show before World Cup champions (and real life couple) Ali Kreiger and Ashlyn Harris presented to the first award of the night to their best friend Megan Rapinoe. “I still know in my heart of hearts and my bones that I can do more,” she said. “And that we can do more. And I know that because we just have to. We must. It’s imperative that we do more.” 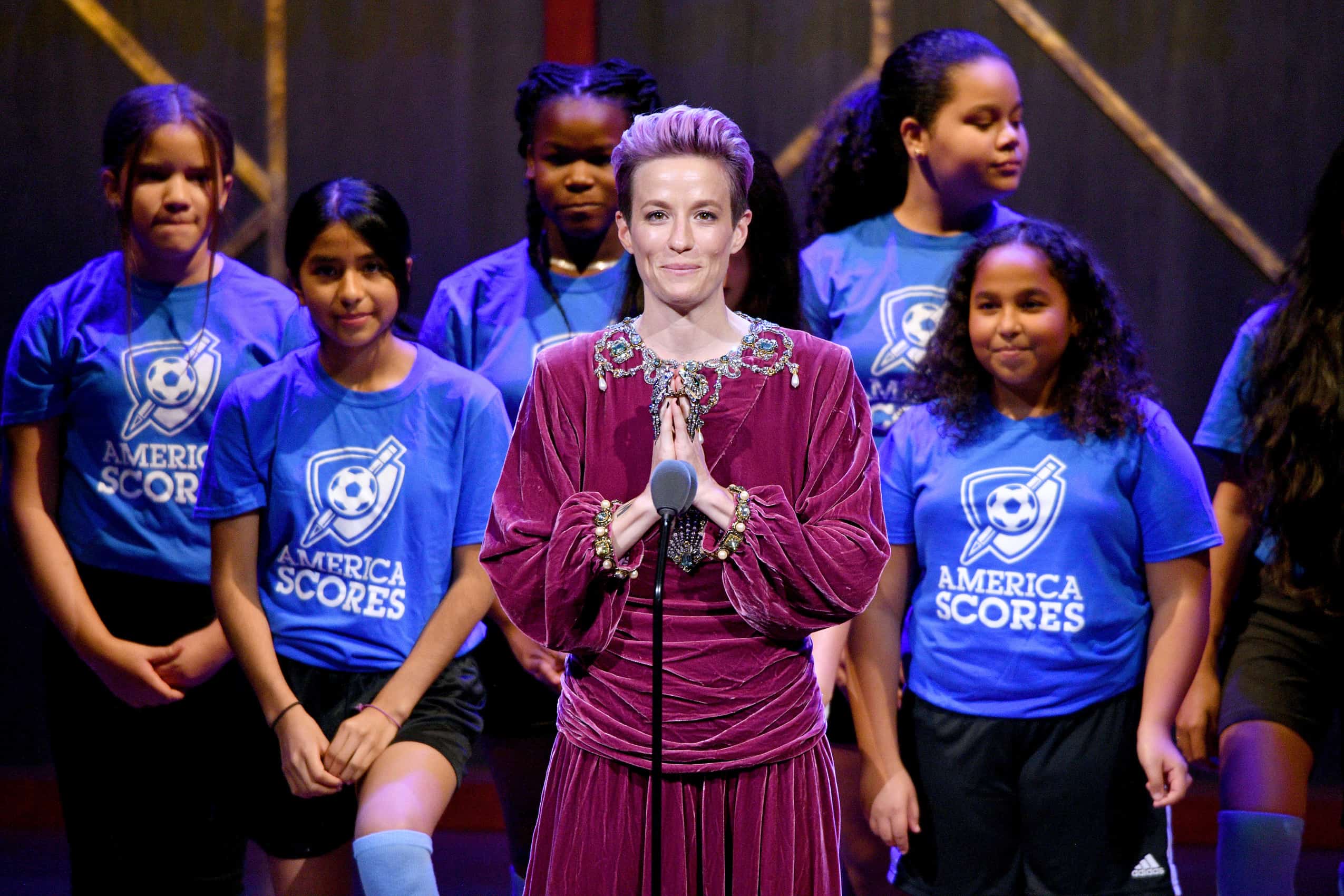 Among the highlights of the evening were Jane Fonda accepting on Greta Thunberg’s behalf. “I read that she’s on the spectrum,” Fonda told the crowd. “She has Asperger syndrome… people with Asperger see and learn things that are not clouded by the rationalizations and obfuscations of the rest of us. They don’t worry about being popular or fitting in. What they see, they see, pure and direct. And I knew that what Greta had seen was the truth. When she realized what was happening and looked around and saw that no one was behaving like it was a crisis, it so traumatized her that she stopped speaking. When I read this, I decided that I needed to do something more than what I’d been doing.”

Fonda has been actively protesting climate change in Washington, DC for the past few weeks and has been arrested four times receiving worldwide attention. She calls these protests Fire Drill Fridays, inspired by Thunberg’s children’s book, Our House Is on Fire. The star also read a message from the 16-year-old activist, who was not in attendance. “I’m very happy that it’s been given to a climate activist — that would probably not have happened two years ago,” the message read. “If a Swedish teenage science nerd who has shot star, refuses to fly, and who has never worn makeup or been to a hairdresser can be chosen a Woman of the Year by one of the biggest fashion magazines in the world, then I think almost nothing is impossible.” 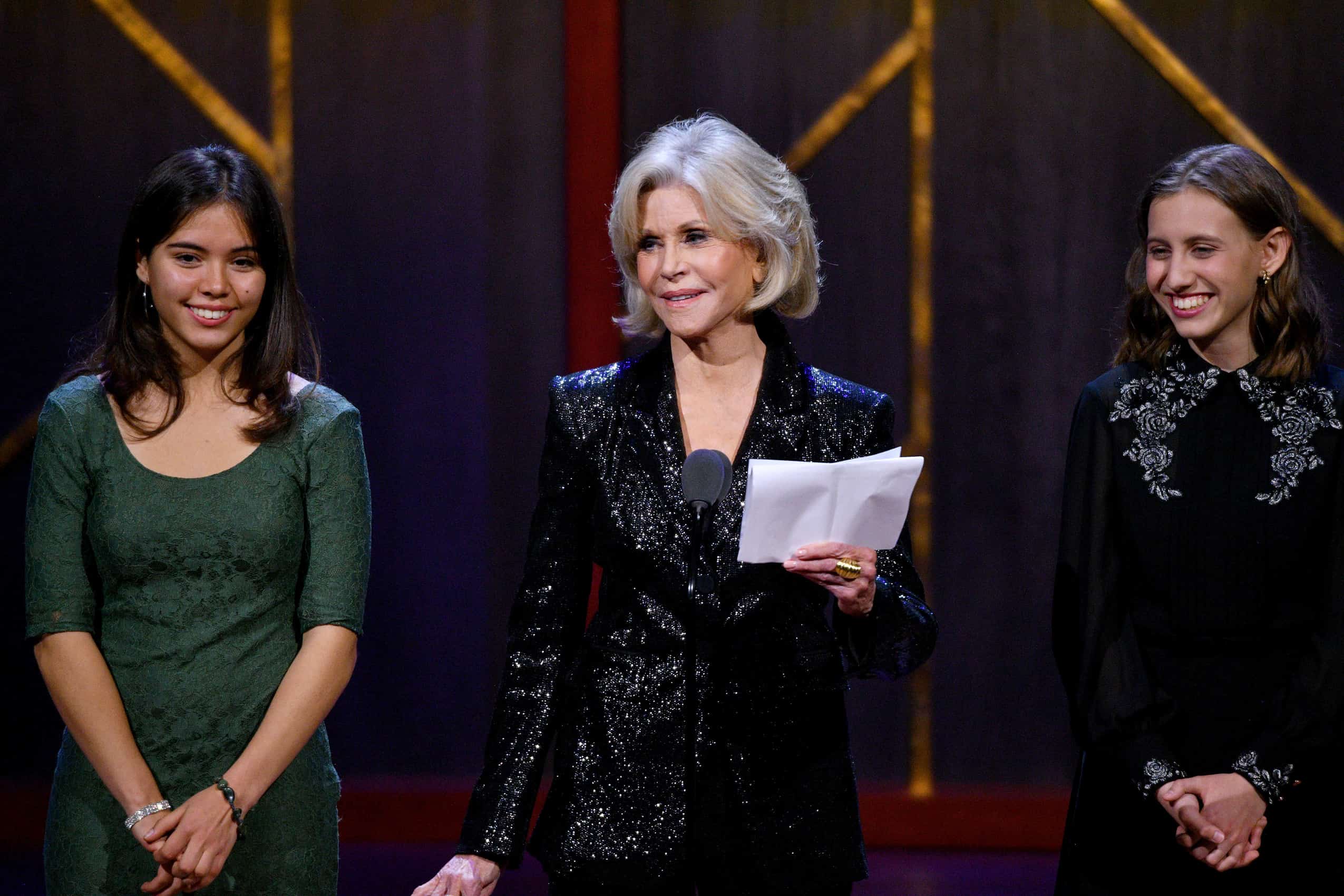 “I started our company so that I could start a foundation to help women. And to have it be acknowledged in this way is humbling,” honoree Tory Burch told The Daily when asked what the award meant to her. “The women that we work with should be getting this award, because they are inspiring on so many levels. Women are a great investment. I could go into all the reasons why women are amazing.”

“I don’t think there are many honors in which an 80-year-old gets to be glamorous. That’s sort of unique,” joked Margaret Atwood when asked the same question. The author was celebrated with the Lifetime Achievement Award.

While accepting her award, DuVernay gave a speech about inclusion. “I also believe in making our own doors, disrupting all systems built in such a way that inclusion is even needed in the first place,” she said. “My truth is I don’t want a chair at the table. Or even three or even half anymore. I want the table to be rebuilt. In my likeness. And in the likeness of others long forced out of the room.” 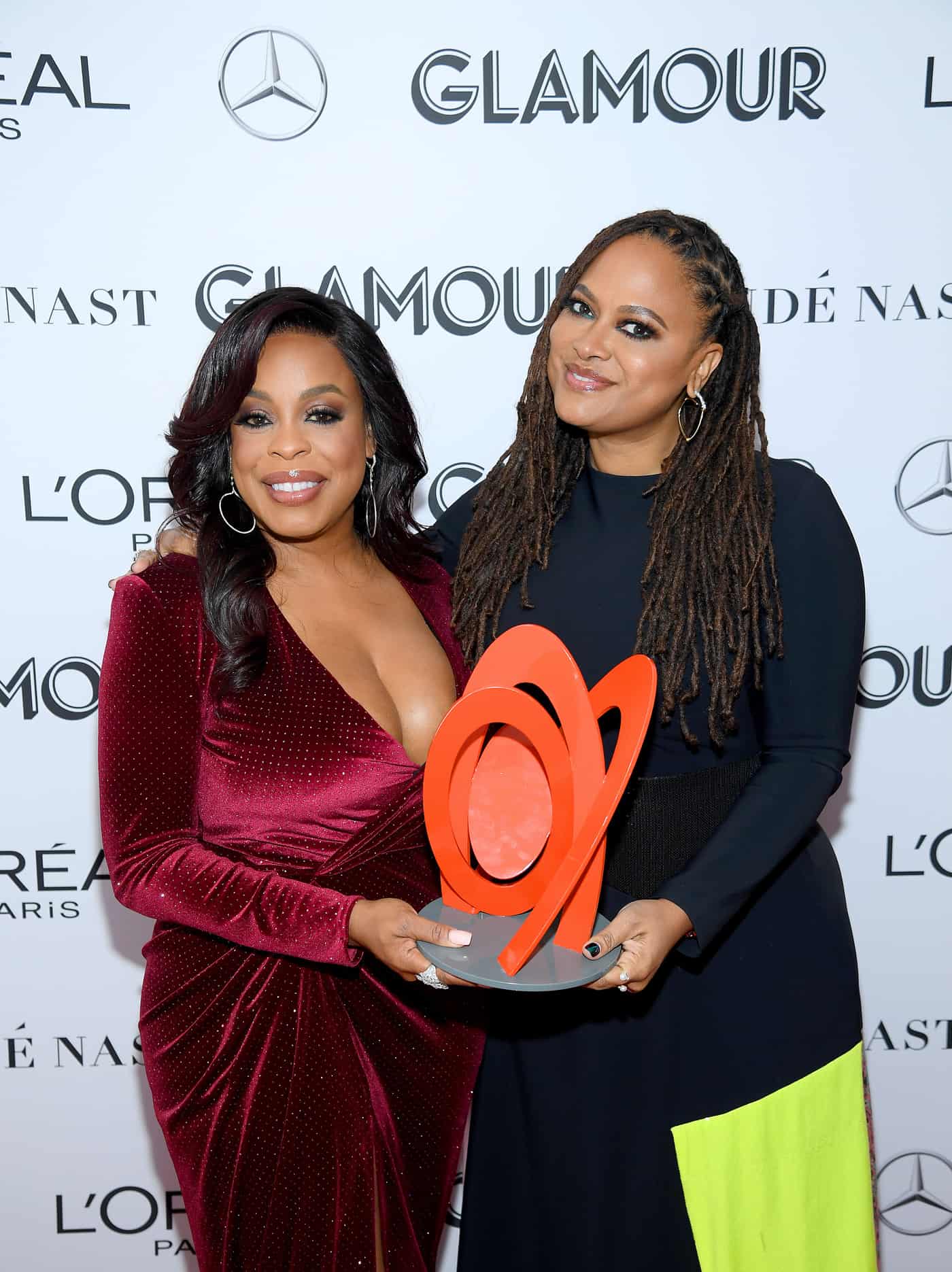 Another moving moment was when Barry introduced Chanel Miller, who was honored anonymously in 2016 as Emily Doe. In 2016, Miller wrote a piece for Glamour about being sexually assaulted by a Stanford University student. “We honored ‘Emily’ as a Glamour Woman of the Year in 2016, but she couldn’t collect her award herself,” Barry said. “To protect her privacy she had a representative accept on her behalf, reading a note she had written, reminding us that our stories are our power. What we didn’t know then was that Emily was actually in the room that night, sitting silently in the back, listening to every word. In September this year, she finally felt safe enough to bravely and publicly share her identity. Now everyone knows her [real] name.”

The crowd stood for Miller who read a powerful poem she had written. “Tonight you must come away knowing. That I will always, always give a damn about you. The way you gave a damn about me.” 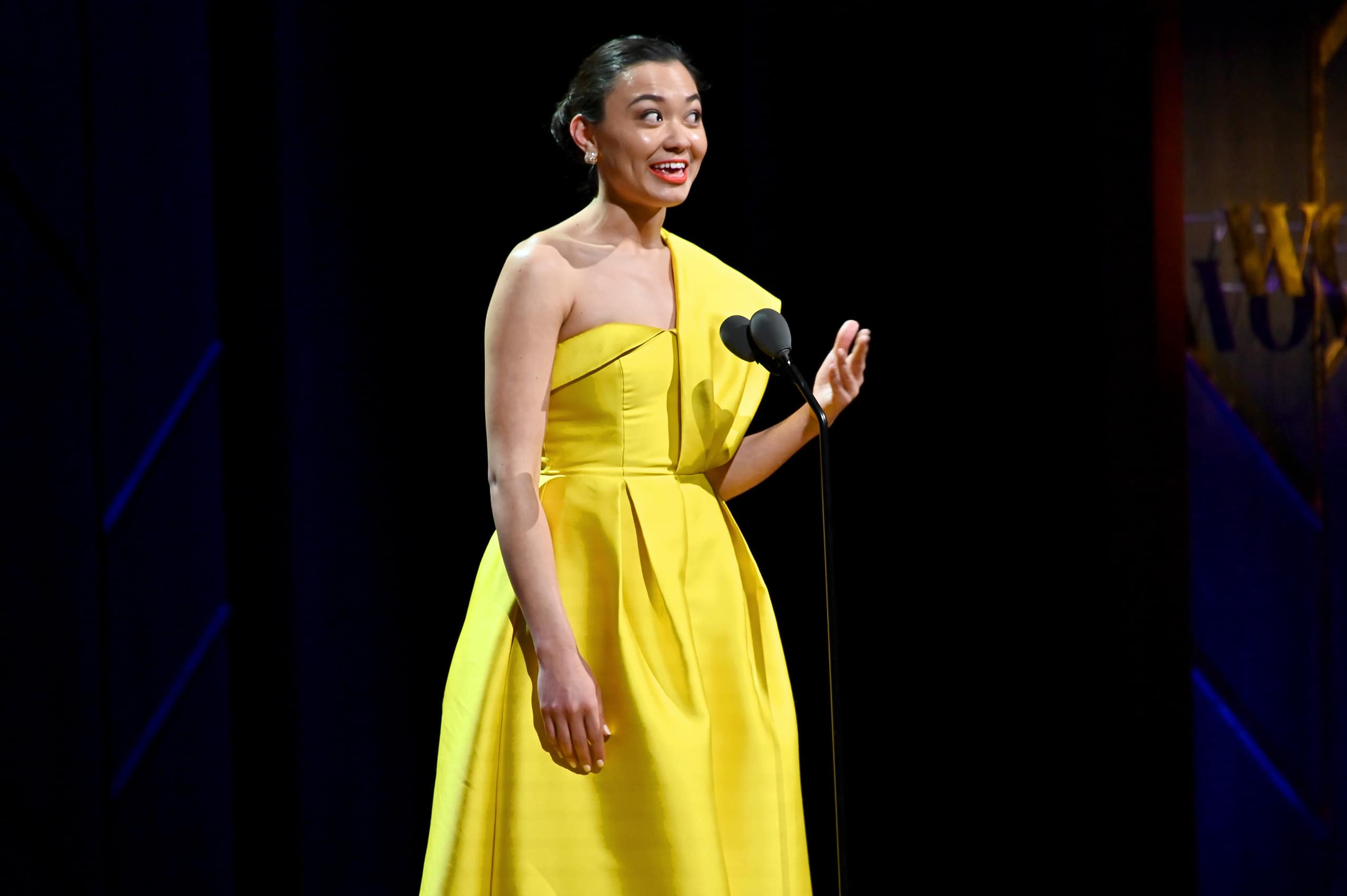 The Daily Show host Trevor Noah presented to Yara Shahidi. “I didn’t prepare anything today, but it was because I knew that I was going to find an answer here,” she said. “And I did. I was wondering what it meant to be a woman The conclusion I came up with is that to be a woman is to be an abolitionist. To be a woman is to understand the power of our yes, of course, but to understand how groundbreaking and system shaking it is to say no.” 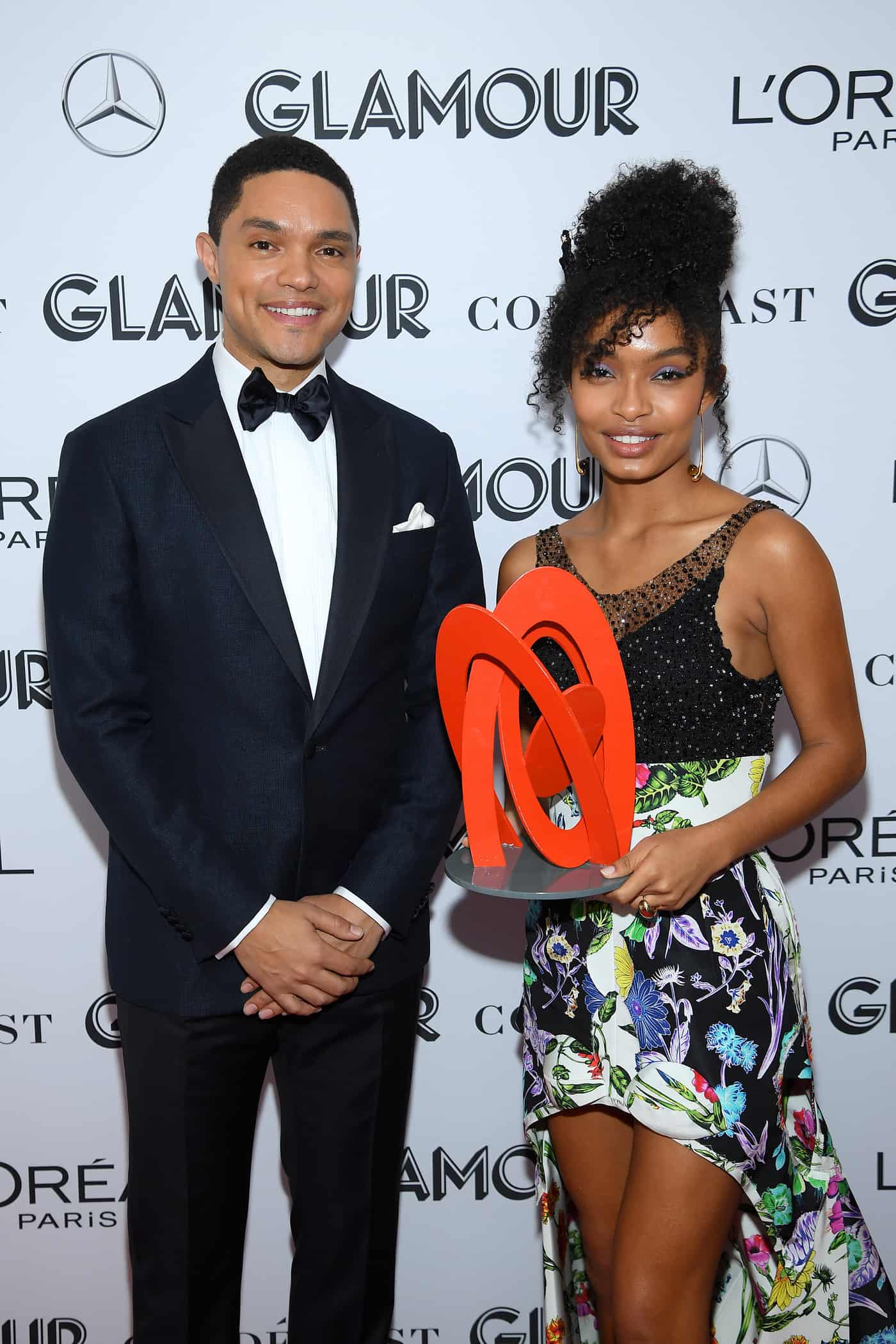 The evening’s biggest (and teariest) surprise was when Lucia Allain, honored alongside Erika Andiola, Mayra Jimenez, and Andrea Meza for their work for RAICES, brought her mother to the stage. “Tonight, I want to give her some hope in writing a new chapter in her life,” she said. She tearfully gave her mother an envelope containing her green card. “You’ve been waiting for this for the past 17 years,” she said. “And I’m happy to let you know that you are finally getting it.” 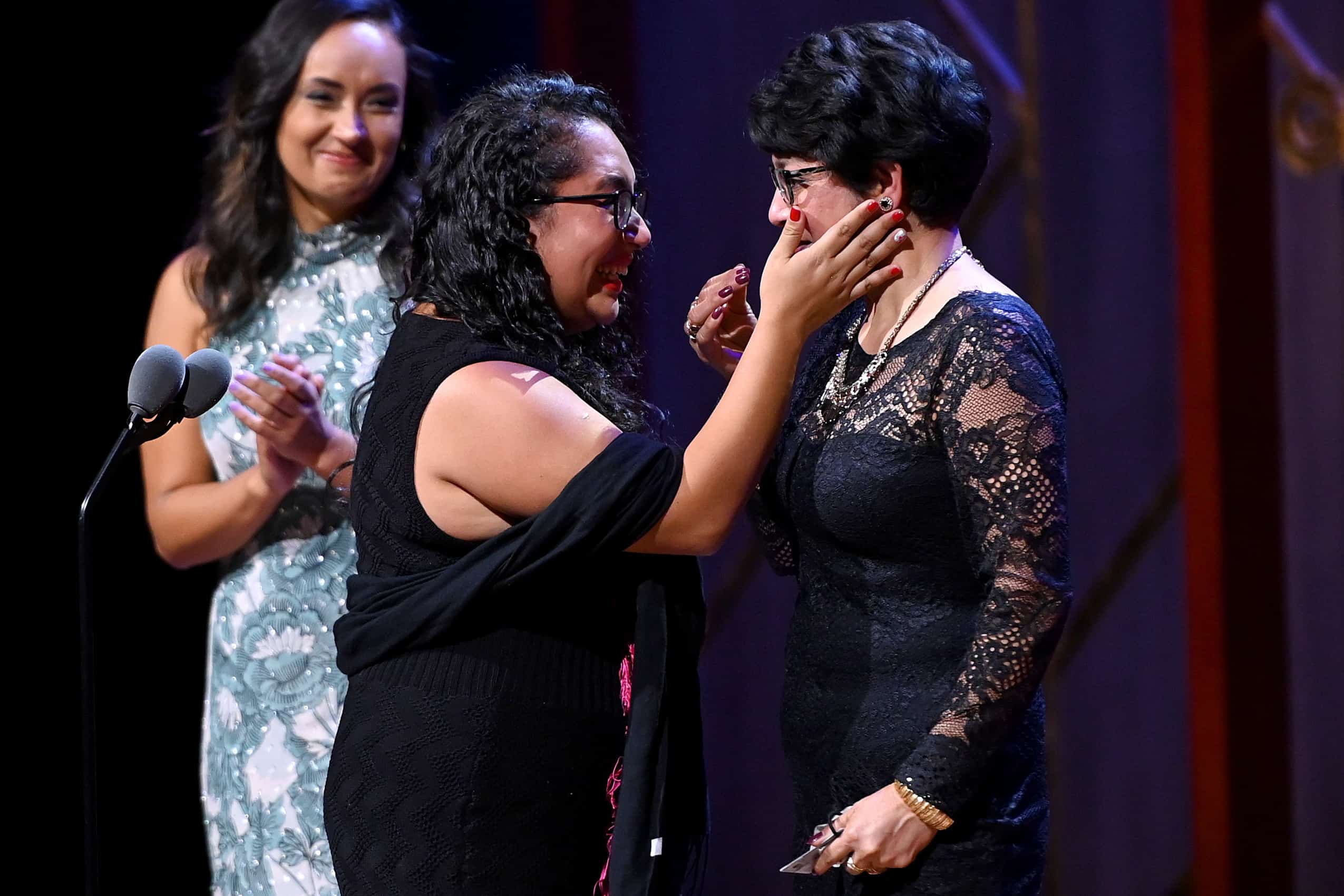 The Women of RAICES (Getty Images)

The Mark’s Penthouse Holiday Spectacular Is a Steal at $250,000