Glamour and Elle Go For The Girls 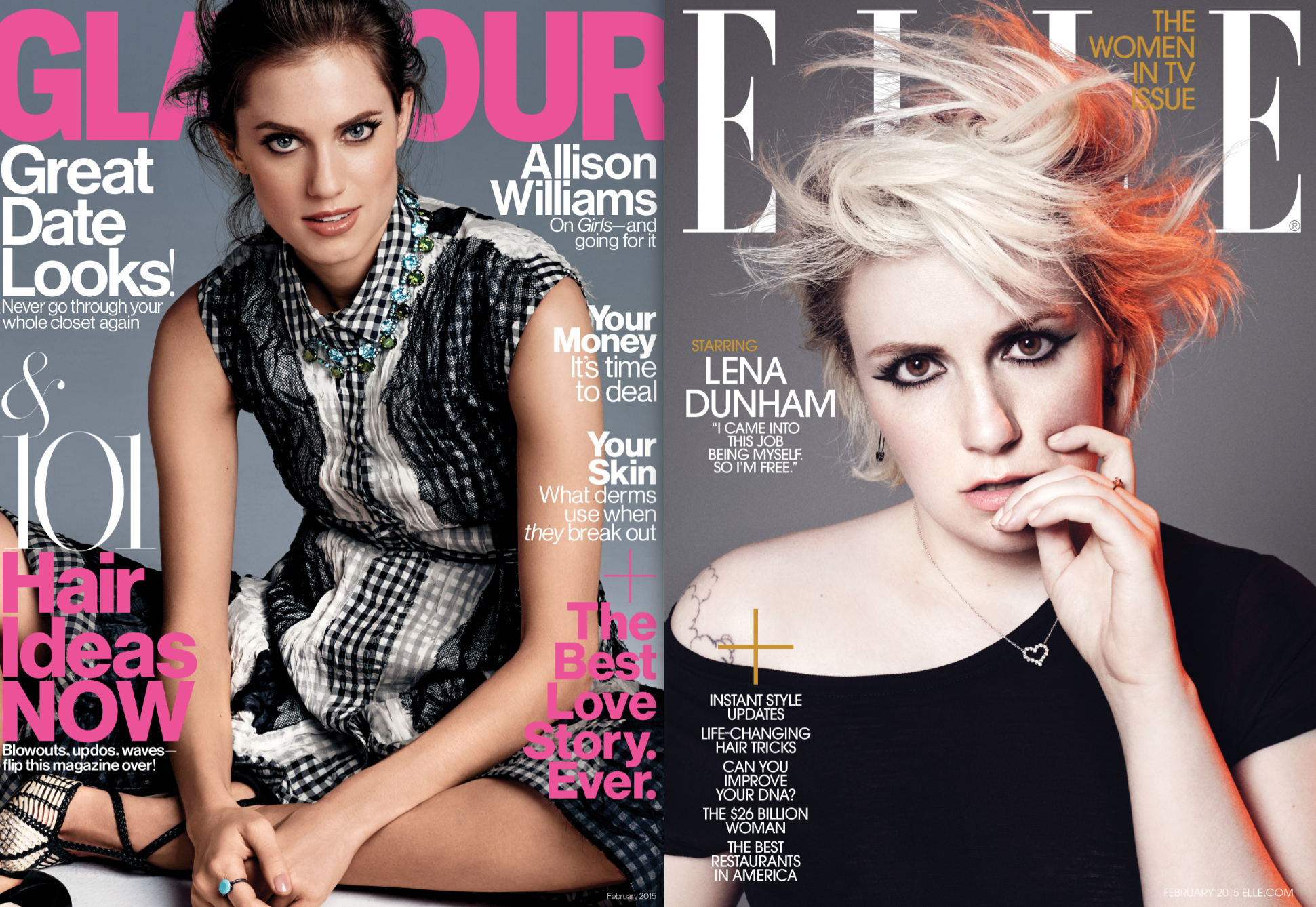 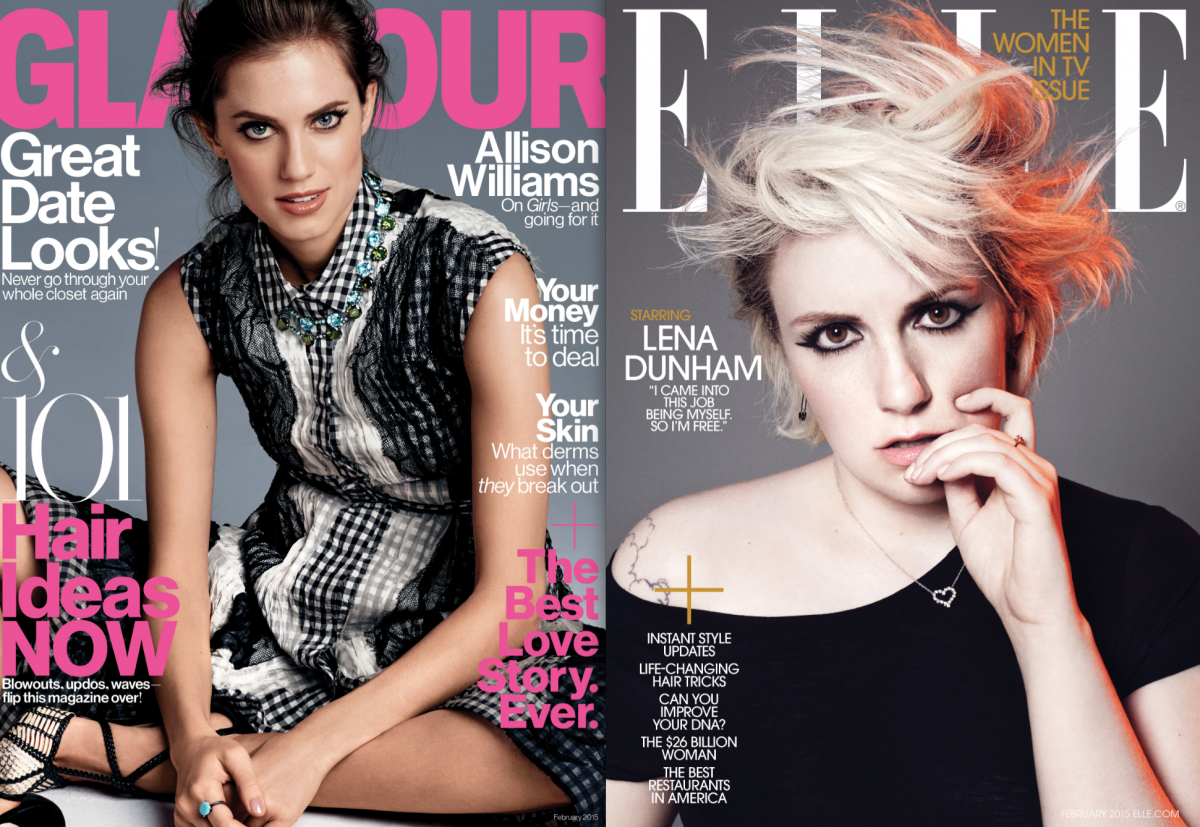 Glamour and Elle know what their readers are watching on the telly, so they’ve opted for some Girls power for the month of February. Lena Dunham takes on Elle‘s cover, telling the mag how she deals with being a celeb. “I realized early on that I was not going to be able to have a comfortable relationship with celebrity if I didn’t feel like I was using it to talk about things that were important to me,” Dunham says. “It was always going to make me feel gross, for lack of a better word. I was like, ‘Oh, this attention is something I’m going to figure out how to use in a way that feels productive, healthy, and smart. And not just like as an excuse to collect handbags.’ Although,” she pauses, “I love handbags.” Elle’s EIC Robbie Myers also gushes about the actress, saying in the mag, “There really is nobody just like Dunham…she’s a really good actress: convincing, revealing, funny, and often heartbreaking in portraying a voice of her generation.” The new issue of Elle celebrating their Women in TV issue goes on sale on January 13th, which is also the same day they’ll be celebrating the issue with an intimate dinner in Los Angeles.

Glamour turns to Dunham’s Girls co-star, Allison Williams (who ironically just played a boy in NBC’s Peter Pan) as their cover girl shot by Steven Pan. (No relation to Peter.) It’s Glamour‘s third annual “hair flip” issue featuring Williams on the front and back covers. Readers can flip the magazine and find an entire mag with 101 hair ideas for everybody. The issue also goes on sale on January 13th or now at Glamour.com/app.