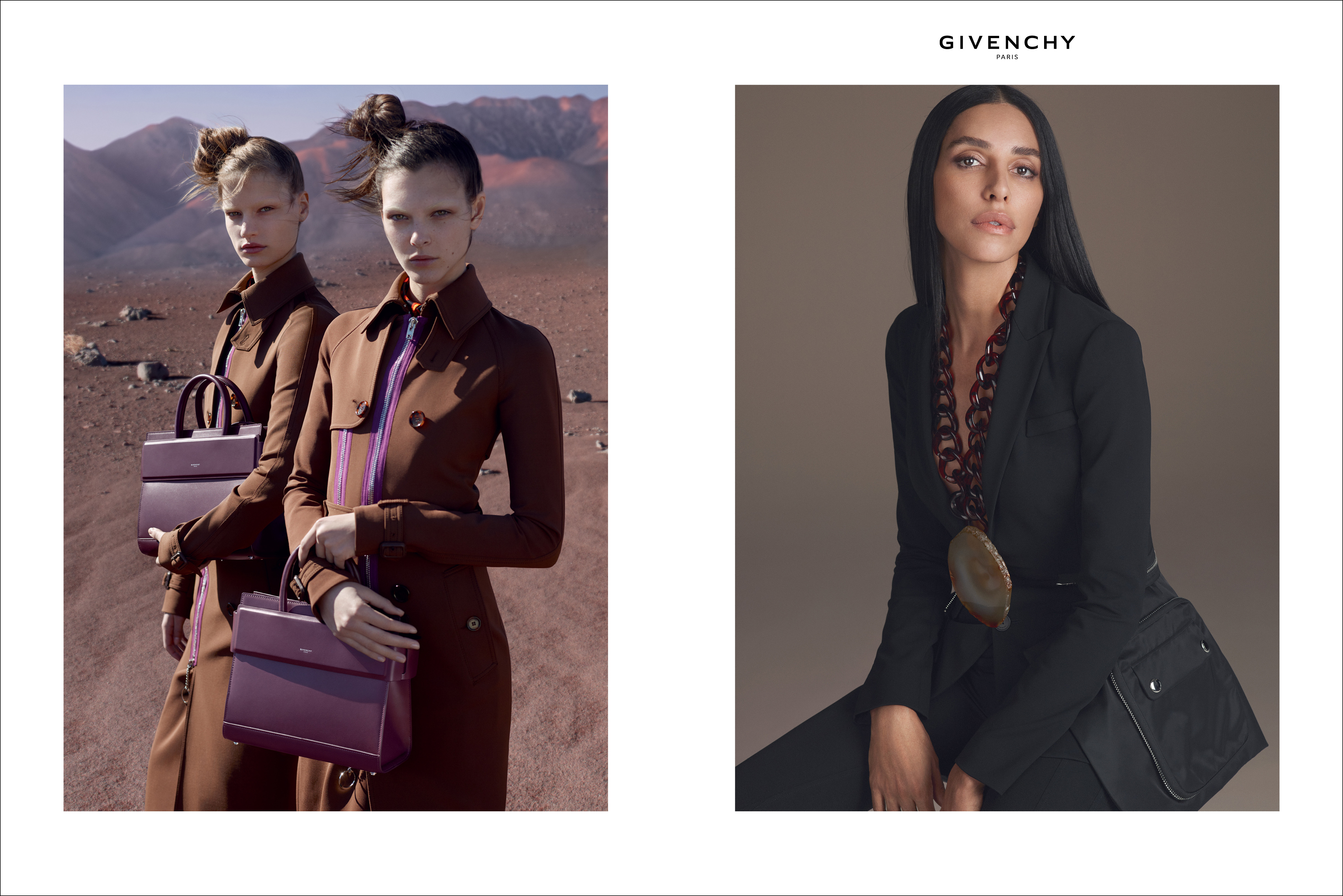 Givenchy has unveiled its new ad campaign for Spring/Summer 2017, shot by Mert Alas and Marcus Piggott and styled by Carine Roitfeld. The campaign highlights Irina Shayk’s dramatic pillow lips in portrait shots of the model wearing Riccardo Tisci’s chic all-black designs. In other images, models Vittoria Ceretti and Faretta are featured with bleached brows, thanks to makeup artist Kate Lee, and side buns crafted by hairstylist Jimmy Paul. The duo poses before a Martian landscape in matching outfits with the brand’s new Horizon bag. Male model Victor Perr is also seen trekking the new frontier in Givenchy’s camo/military-inspired Cross Body bags. Looks like 2017 has everyone thinking about decamping to a new planet…preferably in Givenchy.