Girl on the Rise: Olivia Fay of Rallier 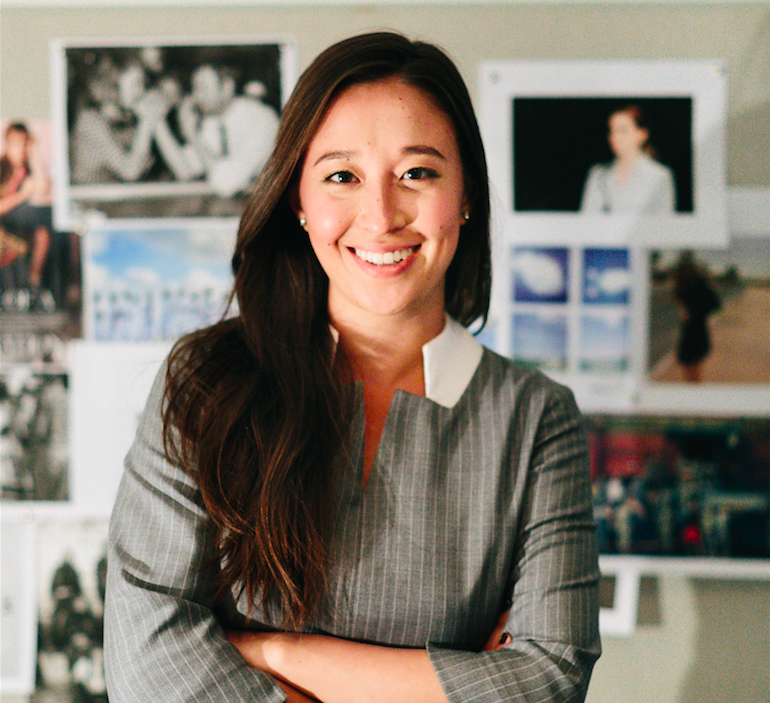 For 28-year-old Olivia Fay, a simple viewing of the documentary Girl Rising inspired her to help fight gender inequality in regions plagued by poverty. Enter Rallier, a dress-only collection produced in New York City that officially launches today. Fay breaks down her vision…

What made you think the world needs Rallier?
I started Rallier after discovering that the cost of school uniforms was keeping girls around the world out of school. Incorporating social missions into fashion and accessories brands is an undeniable and exciting trend.   There is such a synergistic relationship between wearing a brand you love and supporting change you believe in.  In conceptualizing Rallier, I wanted to elevate the notion of social responsibility in fashion by incorporating our impact strategy into our fabric and other design decisions (as opposed to just the marketing)

What were you doing before you started Rallier?
Before Rallier, I was studying for my MBA at NYU Stern. Before that, I was working in public relations for a variety of fashion brands.

You’ve worked at Alberta Ferreti, Prada, Belstaff, Cartier…How does it feel to branch out on your own?
Like my former career as a publicist, launching Rallier is both a creative and quantitative endeavor. My day-to-day is rarely the same and involves a much more varied set of tasks and goals. Within the same hour, I go from fittings to running financial models. Rallier has allowed me to have a much fuller creative experience. Being on the other side has been a continuous lesson in how creativity and business intersect and coexist—but this time on a much larger scale!

What was the design process like?
Conceptualizing a product that speaks equally about our design aesthetic and social mission has been challenging and extremely fulfilling. To create something is something that everyone should experience. To have a small idea turn into something that you can see and eventually touch is just such a cool, unique feeling.

Who inspired you to launch Rallier?
In 2013, I saw the documentary Girl Rising and was shocked to learn about the millions of girls who are denied education. When I learned that school uniforms are often a cost barrier, I felt that I could create a fashion brand to authentically address this clothing-driven need. Also, my late grandmother continues to be one of my biggest inspirations. She immigrated to San Francisco from Shanghai in 1954 and supported her family by designing dresses she recalled from growing up during a golden age of fashion in 1930s. She eventually opened her own dress store called Lily’s. One of my favorite images is a photograph by Malin Fezehai called “Schoolgirls Look Out to Sea in Galle Port Sri Lanka.” Another favorite inspiration image is “Elizabeth Eckford Surrounded by Journalists,” which was taken in 1957 after Elizabeth Eckford was denied access to Little Rock’s Central High School. It inspired our signature check print.

Did you go to a grade-school where you wore a uniform?
Ironically, I didn’t!

Will you release seasonal collections?
We currently release two a year: spring/summer and fall/winter. However, we don’t operate on the traditional fashion calendar and think of seasons in terms of release dates rather than weather.

How did you choose “Rallier”?
Rallier comes from “rally,” to bring or come together for a common purpose. The definition aligns with the core values of the brand. Also, I liked that “Rallier” was ambiguous enough that we could create our own visual culture and meaning around the it.

Why did you launch with dresses?
Dresses have always been my go-to wardrobe staple, and there’s a timelessness to them. Also, I have the strongest memories associated with my dresses compared with other ready-to-wear pieces in my closet. The link between dresses and school uniforms was also important. Our first collection consists of 15 dresses.

Tell us about the signature cotton fabric you use.
My goal with the signature fabric was to create a visual link to our social mission. Our first inspiration boards were covered with traditional gingham print school uniforms. Initially, we wanted to use a technique called needlepunching to develop a 3-D interpretation of the prints with wool. We even traveled to Korea to visit needlepunching factories. As the idea continued to develop, I realized it should be a signature brand element and that cotton would provide more versatility. Research led us to a mill in Japan that was using a similarly 3-D textured effect on cotton prints.

Where will the line be sold?
Exclusively on rallier.com, starting today!

Getting to Know Alejandra Alonso of À MOI

Versace Gets Artsy for the Holidays, Prada...

Dear Olivia….you are SO on the right track…congratulations on your designs, your attitude, your compassionate thought process …and your depth of understanding of the human condition!….I am filled with gratitude for all that you are doing and why!…Cissie Swig

Dear Olivia,
What a mission! And like all brilliant ideas, yours began with a very real and heartfelt need to change the lives of young women who might otherwise be denied access. Love everything about the project and have no doubt that it will be a success.

Dearest Olivia,
I am so proud to call you my cousin! The concept flowering from humanitarian needs, germinating with so much heart and soul (and research!), and culminating with the launch of these truly beautiful dresses, is really inspirational to us all. I can’t wait to wear my first Rallier dress! Xo, Minalie