Getting to Know Model Christopher Mason 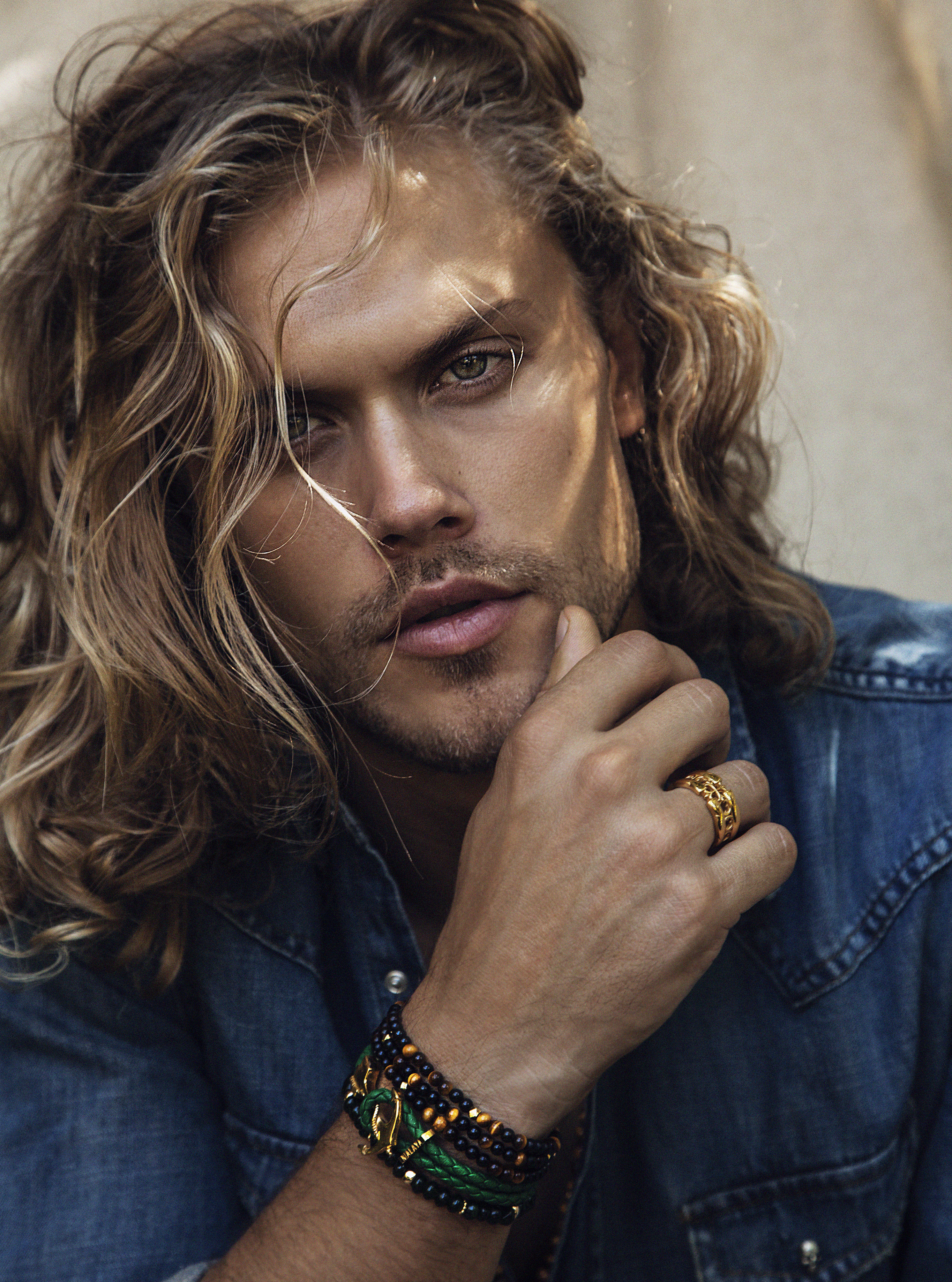 You probably recognize this gorgeous face from Selena Gomez’s “Hands to Myself” music video, or from one of the many campaigns he’s starred in, from American Eagle to John Elliot. Here, get to know Wilhelmina model Christopher Mason—he’ll easily become your newest man crush.

Christopher, how did you get started in the modeling industry?
I was going to the University of San Diego—I had an allowance from my parents that was coming up just a little bit short, so I wanted to get a part-time job. I had been approached several times walking through the mall to work at Abercrombie. Finally I went in and talked to them about the opportunity. You could kind of make your own schedule, so I picked up a couple of shifts a week as a greeter. As Abercrombie tends to do, they had a casting with their employees and I got booked for a Hollister campaign. That casting director put me in contact with my LA agency in about 2007, and the rest is history.

You made quite the appearance in Selena Gomez’s “Hands to Myself” video. Was it as steamy as it looks?
[Laughs]. No…I mean, it was a professional set. When the cameras were rolling we were doing our best to be in the moment, but it was pretty much restricted to that.

Did anything change for you after being in the video?
Mostly just my social media presence. I went from 70,000 Instagram followers to almost 350,000 in the first few months after the video. It’s been a nice way to have reach.

Are you into selfies?
I actually don’t post a lot of selfies, comparatively speaking. I try to throw one in every now. I post pictures of myself from work because it’s my job, but the traditional selfie, I try to minimize.

Why is that?
I don’t think they’re that interesting. People tend to like them better, though, than a shot from a huge campaign that I’m proud of and I want to post. I think that Instagram still has a voyeuristic element to it, where people like to get a glimpse into what they feel like is your “real life.” It’s not worth it when you go to someone’s page and it’s a full thumbnail view of nothing but pictures of themselves. I hope that no one ever comes to my page and gets that impression.

What’s one of your proudest modeling jobs?
It’s funny, I do so many jobs they all start to blend together. This year I shot the Ralph Lauren Polo campaign, an American Eagle campaign, and I did a Taco Bell commercial, which was pretty fun…not very glamorous campaign, but fun to shoot. That got a lot of exposure. 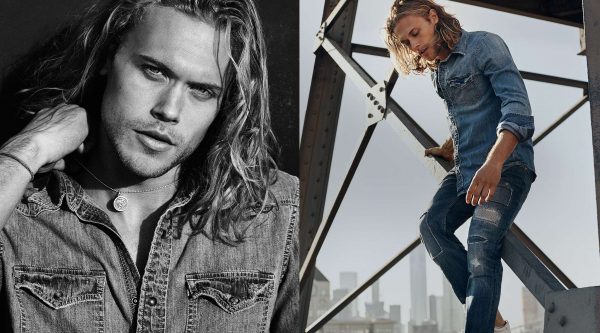 You have an adorable daughter—do you see modeling in her future?
We’ve done a couple of shoots together, like an Honest Company campaign for Jessica Alba. I worked with Bruce Weber a lot and he did a feature for Barney’s on different people who live in LA, and she was in that feature with me. I think that’s pretty much the extent of her modeling experience. I’m not trying to put her into any kind of a casting circuit. We’re just letting her be a kid for right now.

Do you have a dream brand to work with?
This is tough…despite working in the fashion industry for so long, I was never that into fashion, and a lot of the brands that I like are smaller. It would be great to get in with some of the classic men’s clients like J.Crew and Banana Republic.

Has your interest in fashion grown?
I’ve finally been developing an interest in it within the last year or so. I’ve been influenced by a return to classic style, like Steve McQueen, Michael Caine…’60s fashion. I think there’s a way to dress where you can look good in any decade, and that’s what I aspire to.

We hear you’re into furniture design.
I’ve had a design company for a few years. I have always been into design and the arts. I had been doing some work on a loft that I had down in LA. My dad helped out, and with the leftover wood I started making some furniture. My good friend who I grew up with had been making some furniture—he was a contractor—and when he moved to LA, we started a business designing and building furniture. Eventually we got in with some highly esteemed celebrity interior designers. We had a shop downtown a few years ago, but my shooting schedule became so full that I had less time to work on the furniture. So it’s been scaled down. I still build pieces for old clients, friends, and referrals, but it’s mostly out of my two-car garage these days.

Have you considered acting?
Yeah, I did some acting when I first got to LA. I shot a pilot for Simon Fuller that never made it to production, and I took some classes and went to castings. I’ve been working with a new manager and we’ve talked about getting back into it. It was always a door left slightly ajar that I never rededicated myself to opening. Something in that department is definitely in the future.

And on a personal note…are you off the [dating] market?
Yeah, I’ve been seeing someone very recently who I’m really enjoying. We’re brand new, so we’re trying to keep it low key. Things are going pretty well.

Dear Vetements Socks: About What Happened…