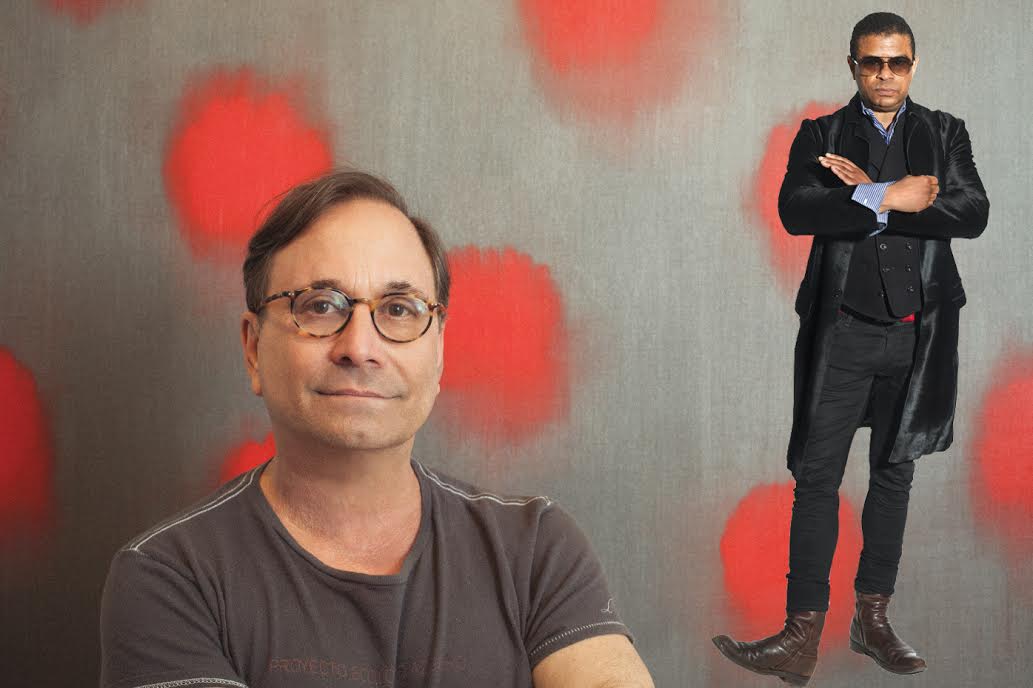 From his bestie Calvin Klein to his Mudd Club days, Ross Bleckner’s past, present, and future are discussed at length with friendly interrogator George Wayne.

So, Ross Bleckner, your Wikipedia claims that you studied with Sol LeWitt and Chuck Close. Does that mean you interned for Sol and Chuck?
No, George, that just means that when I went to college at NYU, they happened to be teaching there. And you know how it is, George—you kind of enter into a dialogue, and sometimes that dialogue lasts a long time, and it did with both of them. Of course Sol has passed away, but I knew him for many, many years.

You first started going to the East End how long ago? And what has always intrigued you most about the Hamptons?
Well, the greatest thing for me is that it is close to New York City and even though I used to be “upstate’’ in the Hudson Valley in the ideal dream farmhouse, I decided to make a clean break in Sagaponack. Here, I have close friends and privacy when I want it. I am here from the second week in May until around November, so for more than half the year, this is where you will find me.

You own Truman Capote’s place, for Christ’s sake! And GW is f***ing envious! And amazingly, you bought it for peanuts—a mere $800,000 in 1990. Today, you could easily sell that property to some bored oligarch for $40 million!
That would be nice, trust me. I would be happy to sell it to some oligarch.

What is it about that iconic piece of East End real estate that screamed, I have to own it?
It just happened to be available. It was just one of those circumstances.

And you entertain here? And do you allow public tours of your studio?
No and no. I never entertain here, but my friends can come over, sure, and I will serve them one bottle of Poland Spring.

Well, you were born under the sign of Taurus, after all. And you know what they say about Taurus men: They tend to be very stubborn and are creatures of habit. And most important of all: They are very, very cheap! Describe you work in general terms. What is it you seek?
My paintings have a lot to do with consciousness and microcosm and looking out at the architecture in the sky, and looking in at the mind and the body and the place where all that intercepts.

Hence, some of your best-known works, where you have incorporated the use of your brain scans.
I believe if you look at something close enough and long enough, it all becomes abstract.

And how successful was your recent show at the Mary Boone Gallery? Were you happy with the reception to this year’s first shown works in many, many years?
Yes, I was very happy. Most of the pieces have sold, and I felt good about the work.

I am sure if anyone has seen the much talked about, much buzzed, finally finished brand-new home of your BFF Calvin Klein, it would be you, Ross Bleckner. Is it a modernist, jaw-dropping masterpiece?
It is actually very simple and romantic, and very much the essence of Calvin. It is completely in line with his aesthetic, with an abundance of natural light.

Is there going to be a huge bacchanal there this summer?
No, those days are over.

You know, I always remember the summer of Calvin and Nick a few seasons or three ago. The first time I saw them together at some posh event in Water Mill, I thought to myself, Wow. I love the way they complement each other. The chemistry was so natural—Nick Gruber was clearly being groomed to be a younger and gorgeous version of his sugar daddy. But they were a great couple! I think Calvin should give Nick another chance. I know Nick well and despite his erratic behavior, I like him a lot.
Well, that is never going to happen. That is so over.

And like Calvin, you also have a twink fetish, or so the rumor goes.
A what?

A twink fetish—you prefer the company of much younger men.
[Laughs uproariously] Hah! That is not at all true. At all.

Is there any significant other in your life?
I have a boyfriend, and he is no twink.

One thing you love doing on a fabulous, flawless sun-swept Saturday afternoon in Sagaponack would be what?
Working in my studio more often than not, and I like to visit Wainscott a lot for some reason. I also like going to the beach, but I will not tell you which one. I have been working so much because next season I will be part of a huge, huge retrospective at the new Parrish Art Museum—both David Salle and myself. [Admires George’s handwriting] Gosh, I love the way you write. No one can understand it.

But that is the entire point, Ross. This is the GW version of hieroglyphs! Only GW can translate his entire penmanship. It is done on purpose. That said, do you feel that you are in your most creative fecund of late?
I am always inspired when I go out to Long Island for the summer, and I am actually looking forward very much to what the rest of the season holds as far as my creative fecund as you call it [laughs uproariously]. I have been putting together a lot of ideas that I will explore in the open air of Sagaponack.

I think you need to loosen up and sex up the next big projects, Ross Bleckner. Your work is way too dense for my personal tastes. I don’t really get it, to be quite honest. Maybe that is why as your own longtime gallery guru Mary Boone says, “Ross is an artist’s artist.” I think you need to take a field trip to Venice for some inspiration.
I’d love to, and I will take you up on that suggestion, but after the summer—it is way too hot and touristy now. As for not “getting my work,” there is not much to get. Yes, it is very layered and very evocative of the elusive light source. But that’s just my way of making you think.

You resurrected op art in the 1980s, according to one astute art critic. What would be your ethos or raison d’être for your 21st-century work?
I would say that it will encompass a certain fragility and at the same time a certain agility, and that is all I will say for now.

Another fascinating factoid: Back in the ’80s, Ross Bleckner lived in an apartment right above the legendary Mudd Club. The Mudd Club is the reason I decided I just had to move to New York City. I will never forget how starstruck and overcome with joy I was when I first walked into that hovel. For there across the room were Andy Warhol and Keith Haring. I was just giddy with glee.
Yes, I did live above the Mudd Club, and yes, I am not surprised you saw Keith Haring there, because he used to work there at the time. I was never friends with Andy Warhol. I always thought he was a bit of a creep. And to be quite honest, even though I lived above the Mudd Club, I hardly ever went there.

And why is that most of your works are titled “Untitled’’? That all sounds so forced and pretentious. Why is it that hard just to throw a title on a completed painting?
Because I like the idea of the person viewing my work to come up with their own ideas, their own thoughts on what the work means and as such what they would want to call it. I guess that it all just defines the essence of my ambiguity.

The Daily Media: 40 Moves To Discuss