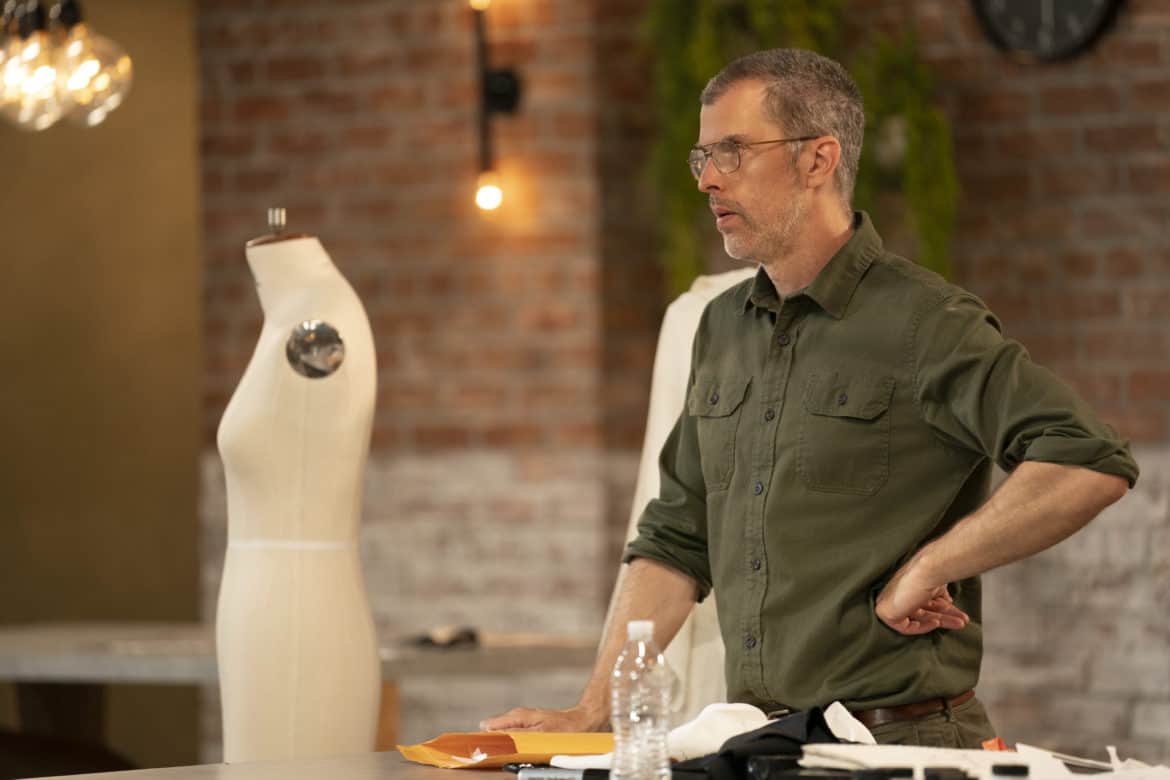 Making The Cut Spoilers ahead! With a successful career behind him (and even his own competitors rooting for him!), Gary Graham has become the frontrunner to win Making The Cut this season. On the Amazon Prime hit’s most recent episode (out today) he once again walks away a winner. We got on Zoom this week with Graham to get more intel on his creative process and see how his newfound fame is treating him.

Congratulations! Two wins is pretty epic.  How did that feel?
It felt really good, because they weren’t consecutive. The two [challenges] in between were very [tough] because it was actually the first win at the location and in the studio dealing with the logistics and what we had to work with. This win actually felt a lot different from the first one.

You said you wanted to work with Levi’s all your life. Is that jacket something you’ve really always had in your mind?
To be completely honest, it’s a shape that I’ve experimented with in the past.  I had it in mind for the avant garde block, I wanted this kind of big, abstract shape. Then I thought, ‘Oh, I could do the same shape, but the denim jacket version of it.’ So that’s kind of what was going on in my mind. What I learned from episode four, especially, is that I needed to go in with a plan, and I couldn’t deviate from the plan. I had such a clear plan with every single thing. But to answer your question, yeah, that is definitely something I didn’t just whip up in my head! One of the big challenges there for me is that there’s not a lot of time for shape experimentation; that was one of the most stressful things for me. If I do something super experimental, there’s no time to really fit it. The last thing I want to do is send something down the runway that is going to look crazy and not work. 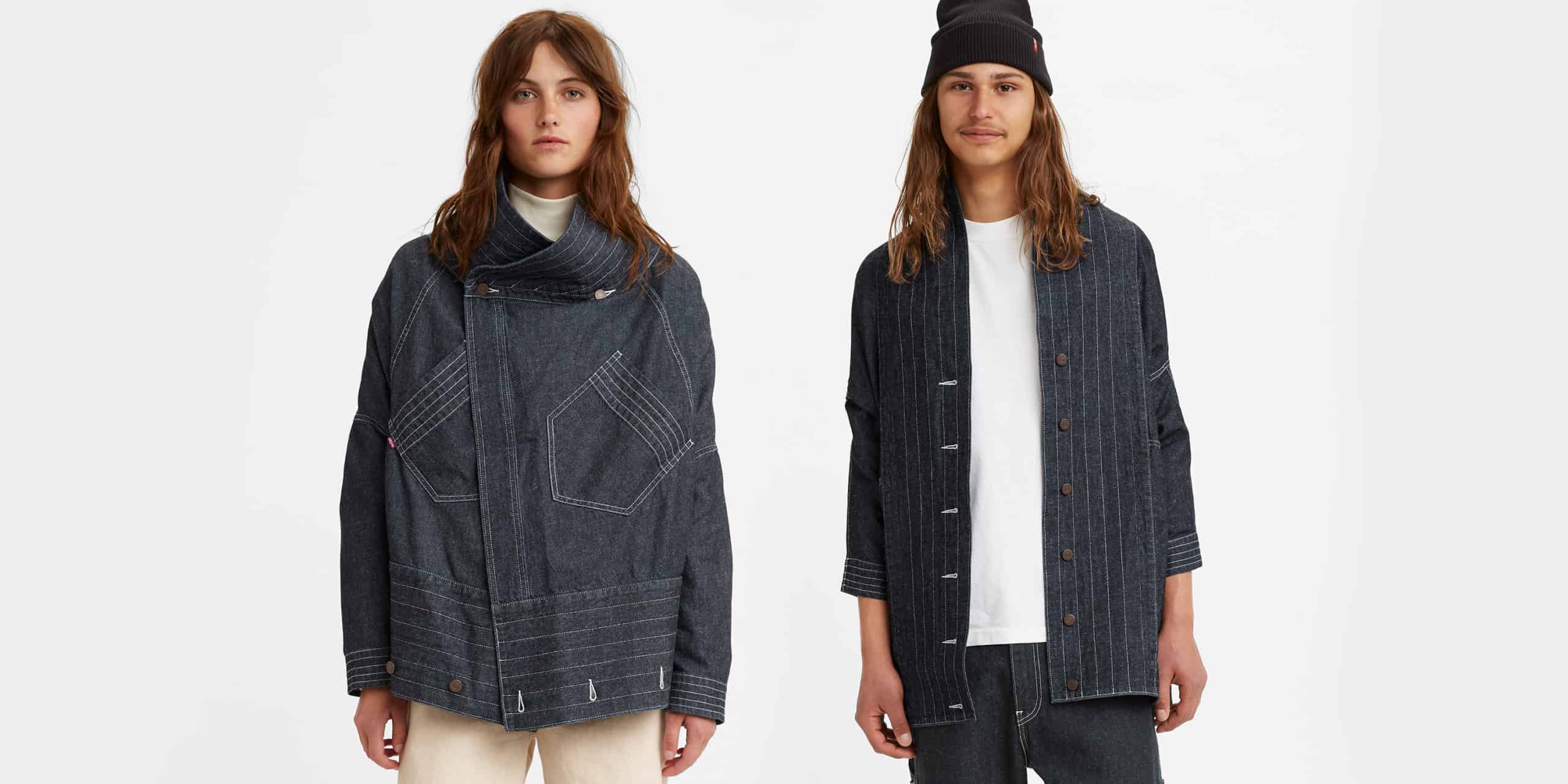 Tell me a little bit about how you came up with the video idea.
I wanted to do something really personal. I started the day by writing something. I knew I wanted something to be past and present. On a personal note, it’s a lot of pressure and you have your inner demons going on. When I met with Tim, I told him I was trying to write a poem. He said ‘Well, maybe there’s a reason for that.’ Then I said, ‘Well, I want these two women from different time zones painting on each other.”‘ He kind of gave me this Tim look of ‘I don’t know about that Gary.’ We only had about an hour to film the entire video, which is not a lot of time. The morning of the shoot, I knew, design-wise, I wanted to do all white and do something to it on camera. But when I woke up that morning, I just started painting onto fabric in my hotel room, which was kind of illegal. You’re not supposed to do that, but I just had to test it out. I knew if I could get that to work that I had a chance. 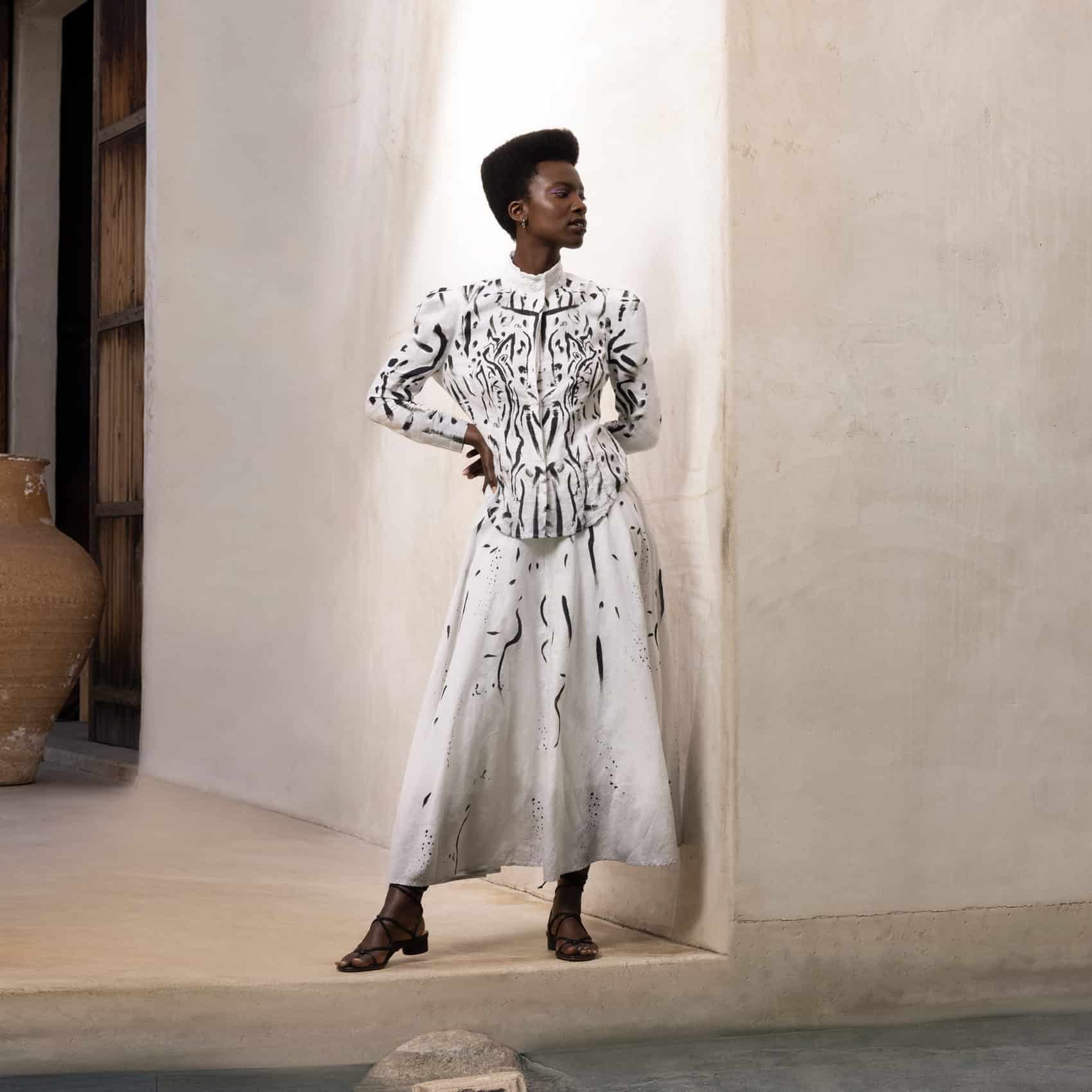 Do you watch the episodes as soon as they come on Amazon?
I watch it as soon as it comes out! We all have so much anxiety about it!

The show hadn’t started airing when we chatted a few weeks ago! I’d asked you whether you think you’re going to get recognized anywhere. Have you?
I haven’t, actually. I have a store and I work in the store. There’s people that come in, some have no idea, and it’s the same old thing like, ‘What the hell is this store doing up here?’ Other than that, there are some people that come to see me, which is really sweet.

What kind of impact have you seen since the show started?
I’ve gotten a lot more Instagram followers. It’s awesome and in another way, it’s really intense for me. Just because you’re on social media doesn’t mean your social anxiety necessarily goes away. It’s just a different version of it. But it’s been really positive, I’ve almost doubled my followers! Also what’s really great is now I can post these weird little things that I used to post and get zero likes. Now I can post the same things and I’m getting like 1,000 likes.

Lindsi Lane Launches Her First Brand! Here’s What You Need To Know

No, an obvious winner with the only unique perspective, without glitter or sequins to distract, or judged by artists instead of models looking for mainstream. Jeremy Scott, you have the only artistic opinion regardless popular opinion. Fashion innovation is about something new, not Zara regurgitation.