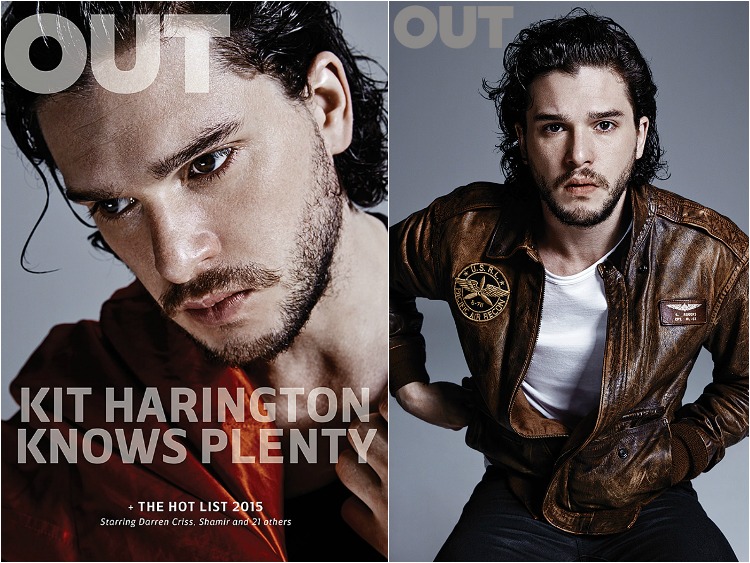 Reluctant hunk and Game of Thrones star Kit Harrington appears on June/July issue of Out in their annual ‘Hot List’ issue. Earlier this year, at the Hollywood Foreign Press conference, the actor told reporters that it was “demeaning” to be called a hunk, which threw everyone into a tizzy on the WWW. “I found it unfair, really, some of the stuff I read [in response],” he tells writer William Van Meter. “I was making a point, which was that I think young men do get objectified, do get sexualized unnecessarily. As a person who is definitely in that category, as a young leading man in this world, I feel I have a unique voice to talk about that. I was making a point to sort of say, ‘It just needs to be highlighted.’ With every photo shoot I ever go to, I’m told to take off my shirt, and I don’t.” Womp, womp. Why do we suspect there’s a collective eye roll from the majority of Out readers for this comment?