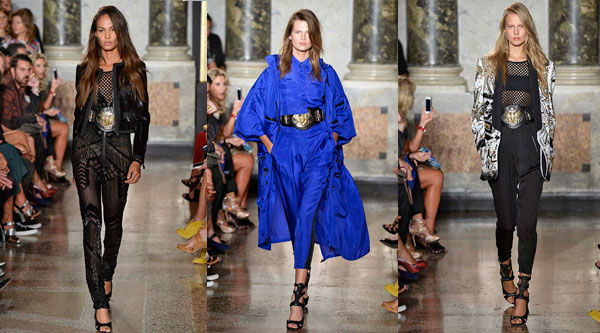 (NEW YORK) Here’s one more contact to update: Today, John Galliano S.A. announced the appointment of PR veteran Alex Malgouyres as the brand’s communications director. He will oversee all worldwide public relations activities for John Galliano and Galliano lines, including men’s, women’s, kids, accessories, jewelry, eyewear, timepieces, and fragrance. Previously, Malgouyres spent five years at Burberry, holding the Paris-based post of PR director for continental Europe and PR director for the Americas, based in New York. Prior to that, he worked in the Paris office of KCD, where he spent four years handling PR for Alexander McQueen, Helmut Lang, and Kim Jones in France and Italy. He also worked with clients such as Gucci and YSL. The appointment is effective immediately.

“I’m really excited,” Malgouyres said from his office in Paris. “He’s one of the few great designers left.” Malgouryes plans to develop a team, and for good reason—the Galliano and John Galliano brands are posed for serious growth. The brands have a strong presence in Middle East and Asia, but there is only one freestanding store in Paris, located on rue St. Honore. A relaunch in the United States is expected in the near future. “There’s room for growth nearly everywhere,” said Malgouyres. First up: a women’s John Galliano Pre-Fall 2011 collection, which has not been shown for several years. It will be unveiled to editors and buyers around the same time as the men’s show in Paris on January 21. Meanwhile, a launch of the John Galliano fragrance (which is fronted by Taylor Momsen) will hit Italy in February, with the United States to follow.

John Galliano will also build off the success of his Diptyque candle by expanding product offerings, such as incense, a larger decorative candle and a smaller, travel-friendly size. The designer’s capsule fine jewelry collection with Damiani will also be expanded into a full collection in 2011. Check back for updates.
ASHLEY BAKER

Your Daily Dog: Who Walks Apollo?