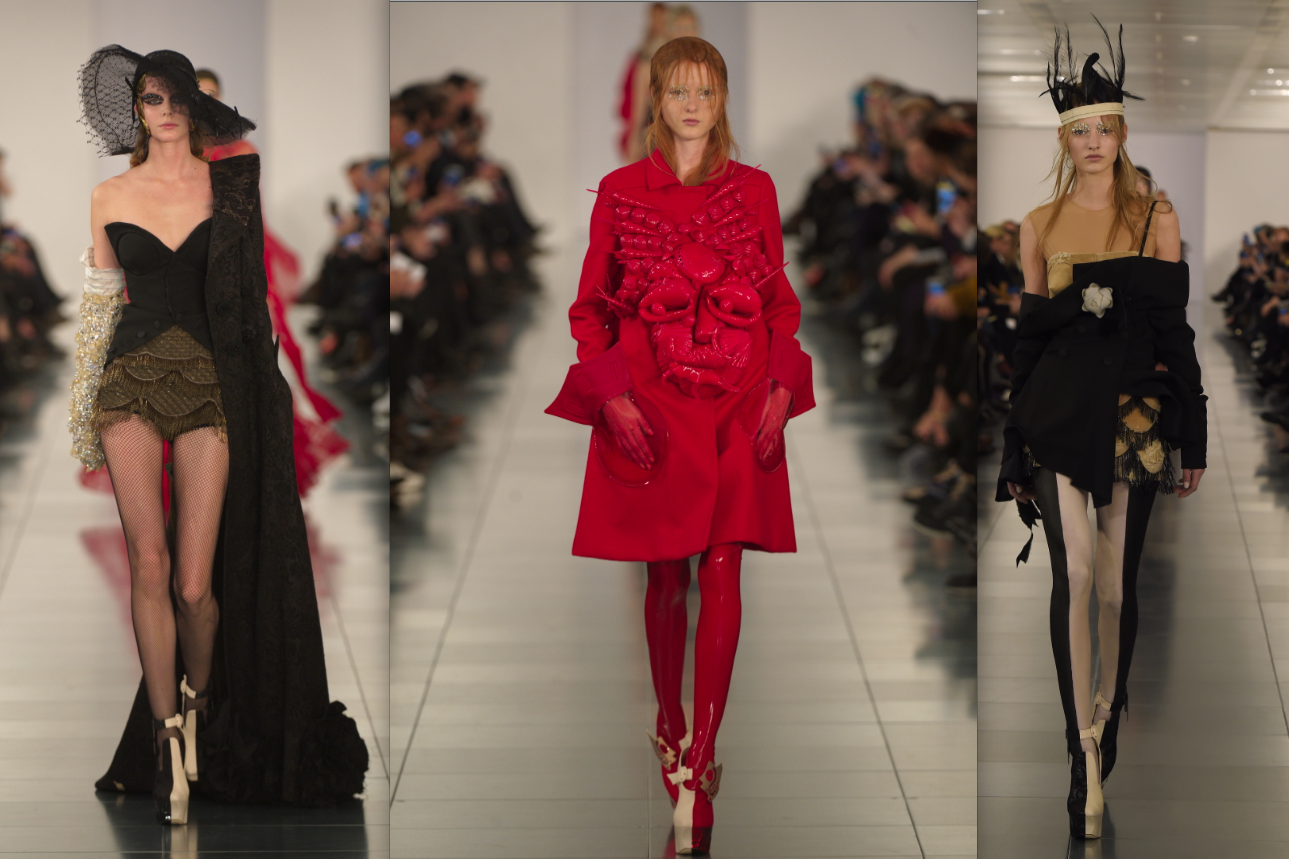 John Galliano has finally made his grand return to fashion chez Maison Martin Margiela. The designer infamously was fired from his position as creative director at Christian Dior four years ago when his incendiary anti-semitic tirade directed at some patrons of La Perle café in Paris was caught on tape. Galliano was given a third chance (the second involved a brief three week design stint at Oscar de la Renta in Spring 2013) by fashion titan Renzo Rosso when he hired Galliano this past October to be the creative director of Maison Martin Margiela. The couture collection debuted today to a select group of 100 editors in London ahead of the Paris shows, which begin on Sunday, January 25th.

As for the clothes? It certainly had all of the avant-garde feel of a “traditional” Margiela collection, with the flamboyant eccentricity of Galliano mixed in. One of the of the most eye-popping looks, a red jacket inspired by the 16th century painter Giuseppe Arcimboldo, looked as if it belonged to the same family as the Comme des Garçons Spring 2015 collection. Certainly, the clients have similar tastes. There were very Galliano looks, like a black bustier worn with tassled bloomers and one half of a floor-sweeping black jacket thrown over the left shoulder of the model. On one arm was an embellished glove that came around the left arm like a cast. Perhaps a nod to his healing wounds, non? There were wearable, simpler looks like a floor-length red shift gown with a peep-hole neck and there were wild looks one would expect on a Margiela runway, like a giant red dress gathered together haphazardly with a mélange of embellishments like a breast plate and a skeleton face mask over red gauze with a gold crown. There was a similar all-white look of a skeleton couture bride with a tiara. Both of these final looks were reminiscent of the Roman catacomb’s jeweled skeletons. In a statement from the brand, pearl embellishments are described as “teardrops of memories to the face”. And what kind of over-the-top costumes did Galliano craft to wear for his post-show bow? According to Instagram (#margielamonday), Galliano humbly came out for his bow in a suit worn underneath the white coat of a “petites mains” couture seamstress. Galliano is clearly still coming through the death of his previous career while looking forward to a new beginning. 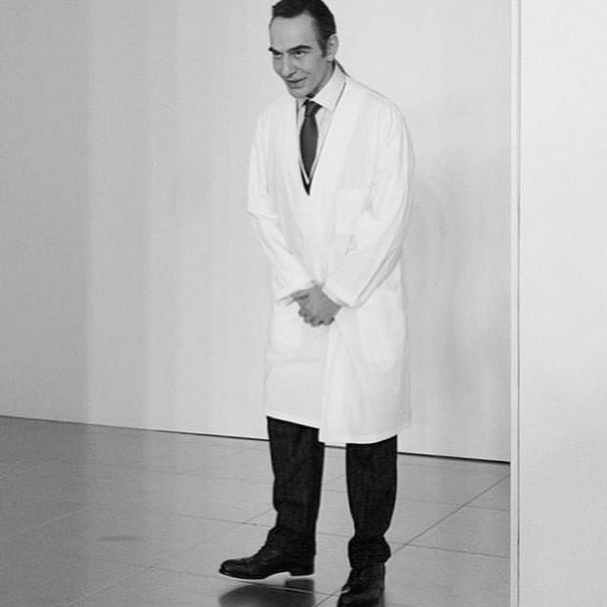 Your CDG dig was unnecessary. I hardly see the resemblance.