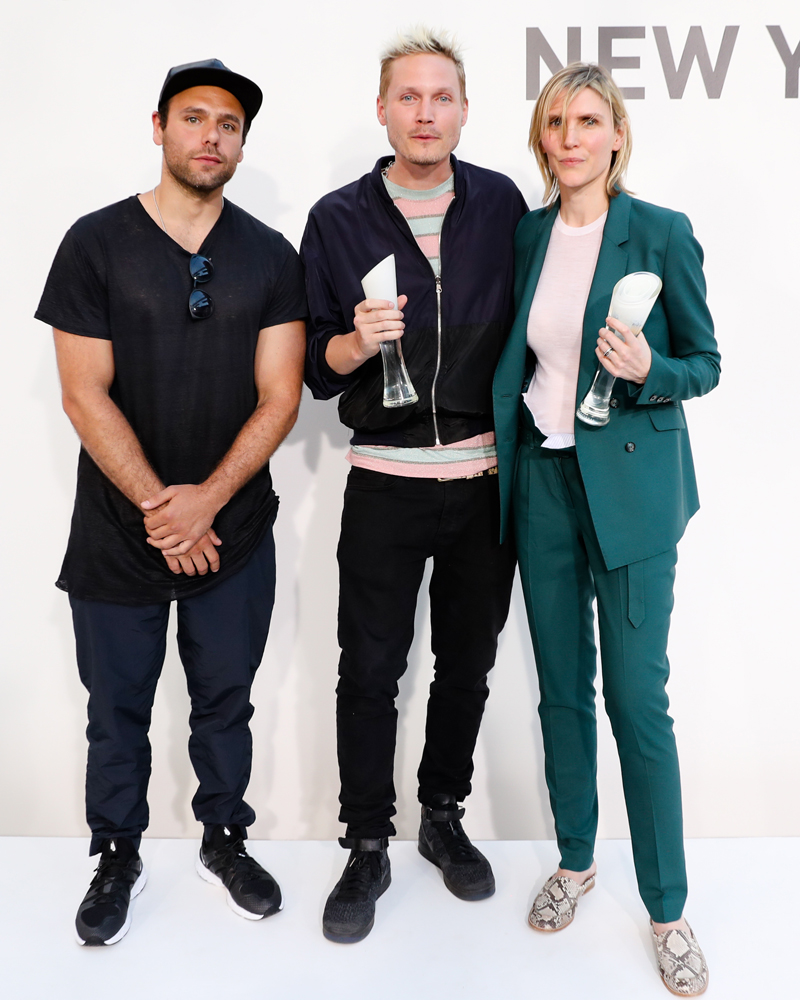 The Rochambeau collection by designers Laurence Chandler and Joshua Cooper was inspired by New York post-9/11 and the artists that came to define the city. “For us, we have new vendors that we are working with, our Fall/Winter 17 collection features wool that we discovered during the competition so it is a tremendous honor to win this award,” the designers said of their first award.

“All of the judges just really connected with the ease and authenticity and they also really appreciated that the Rochambeau boys pushed outside of their comfort zone,” said Chow of the collection. “From an innovation standpoint, working with wool, the fibre, and the silhouettes, it felt like they really took the challenge heads up and tried to do something new.”

Hearst took home the gold for a look made from Cariaggi yarn and 14-micron ultrafine Merino wool that featured a herringbone stitch on the sleeve. “From a personal level, it means so much to me because I am a sixth-generation Merino wool producer,” Hearst said. “My grandfather, father and mother and their children, we love wool so much and so it is like part of my being. Wool has been a part of my family for a long time and now with design, it is like two worlds wrapping together.”

Both brands won approximately $37,476 and will rep the U.S. during the global finals, receive mentoring support from a global panel of experts, and be granted a Woolmark license. The menswear final will be held during London Collections Men and the women’s in Paris in January 2017.

10 Most Unforgettable Collections of NYFW