From The Daily Summer: Liza-licious! 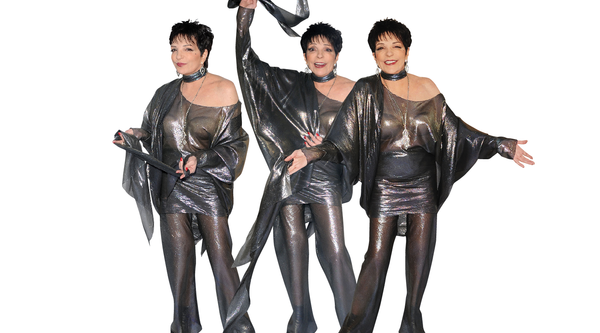 (NEW YORK) With so many famously-surnamed kids in this issue, how could we forget Liza Minnelli?! Catch the legend at Westhampton Beach Performing Arts Center on July 6, but first, let’s catch up with la Liza…
BY EDDIE ROCHE

Hi Liza! Never pegged you as a Hamptons gal!
I am! I visit friends; I’m close with Alan and Arlene Lazare. I know lots of people there. I used to go to Montauk all the time with Halston.

You had a yard sale in East Hampton a few years ago, right?

Everybody does it! I was running out of storage space, so I sold some costume jewelry and books. I didn’t get rid of anything too expensive. It was great fun!

Did you make a lot of money?
No. Wait a minute…hold on…I’m going to ask my assistant how much we made…[brief pause] Really? Oh my goodness.

How much?
I’m not going to tell you. [breaks into laughter] It was a couple of thousand. That’s pretty good!

Tell us about your upcoming concert!
It’s very intimate. I’ll talk to people who came to see me and just sing the songs that I like. There’ll be some old stuff in there…and some new surprises.

Is Billy Stritch doing the concert with you?
Of course! The greatest talent God gave me is being able to see who’s better than I am at everything. I heard Billy play and that was it. I heard him at a restaurant and thought he had to be a 97-year-old man; he knew beautiful chords, and his harmonies just flowed. Then I saw this kid sitting there. I asked him to play for me for the rest of my life. He plays the piano brilliantly, but he thinks like an orchestra.

How would you describe a Liza show?
I make sure I can see everybody in the audience. I don’t like that separation of stage and performer. People come in to see me, the doors close, and we’re together for two hours. Nobody else exists for that time except the people nice enough to come see me.

What’s your performer M.O.?
I approach it as an actress. I don’t think about what I’d do. It’s about the character! How she’d stand, what she’s thinking…

Do you name the characters?
Not really. I just know what color hair they have, stuff like that. I teach that at the Actor’s Studio.

Do you play favorites with your song repertoire?
I’m so lucky that I’ve had so many songs written for me. I have a lot to choose from.

It’s crazy how often your last name gets misspelled!
I know! It’s in the song. [starts singing] It’s M-I-double N, then-E-double L-I, You double up the N, that’s NN, then E, double the L, end it with an I, That’s the way you say Minnelli! [laughs]

Bravo! So, who makes your costumes?
Halston. He designed everything I wore, and I keep wearing them.

He made you synonymous with sequins!
Yes! Do you know how it happened? My godmother, Kay Thompson, knew Halston and introduced us. It was love at first sight. His collection was simple, wonderful, and chic, without the frilly stuff. I did a TV show, “Liza with a Z,” and Bob Fosse didn’t like the costumes. I said, ‘Can I bring in the man who I discovered, that I trust most?’ I can recognize talent. Of course, Fosse loved Halston.

Where do you keep them?
In special, very thin drawers; the kind used for storing blueprints. I don’t hang anything; the sequins or beads could get hurt! I got the idea when my [ex] husband Mark Gero and I went to a bird sanctuary, I saw those drawers, and thought they’d be a great place for storing costumes.

You wear a lot of red and black!
I’ve worn all kinds of colors. I’m going to start wearing more now because it’s [starts to sing] getting to be summer!

Your show’s during July 4th weekend. What does indie day make you think about?
Oh, summer! Laughing with friends, the beach, and barbecues!

What do you eat at barbecues?
I like spare ribs and corn on the cob. I’ve got a couple of my own recipes, too.

Are you a fireworks girl?
I love ’em!

What were the best fireworks you’ve seen?
I’ve seen so many! This might sound snooty, but the fireworks in Monte Carlo are pretty great. You can see them through your hotel window.

You’re in the new season of Arrested Development. A teaser, please!
I had to sign a piece of paper saying I wouldn’t tell anybody what the story was! But it was so fun.

We saw you on Fire Island last summer. How was that?
Frightening! I was so startled at the response I got. I was overwhelmed by it.

Have a fun summer!
You too! I hope to see you! Bye baby!

Where are you going in Europe this summer, darlings?

Shot of The Daily: Liza Minnelli Gets...