From The Daily Summer: Bartender Babylon 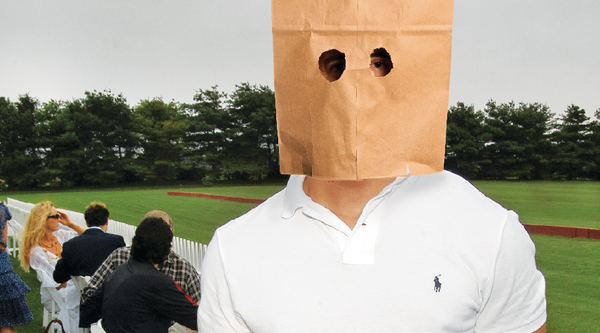 (NEW YORK) In the randiest installment yet of  The Daily Summer’s anonymous tell-all series, a veteran cater waiter schools us on the rudeness of “city-its,” getting high on the job, and hooking up with clients. INTERVIEW BY EDDIE ROCHE

Let’s get right to it. Nightmare stories, please!
I worked a gig at supposedly one of the richest guys in the world’s place. He has two houses, actually—one on the bay side, and one on the ocean side. He basically built a whole building for his 60th birthday party. Keith Urban performed and I got to meet Paul McCartney.

That doesn’t sound so bad.
It was a 17-hour day. The catering company was very disorganized and the van to get us back to the hotel where we were staying at the end of the night couldn’t fit us all. The majority of the waiters hadn’t had a chance to eat so everybody was very cranky. We finally get to our hotel at 3 a.m. and it was something out of a horror movie—the most flea-infested, dirtiest room ever. I was convinced I was going to get bed bugs. The only place I wanted to be was the shower. I didn’t even know places like that existed out here. The irony of spending the day at the home of a billionaire and ending the night in a dump didn’t escape me. The company ended up giving us all a $50 “sorry-for-your-trouble” bonus, though, which was cool.

In past summers, you lived in a house with other cater waiters, right? How was that?
Yeah, the catering company paid it, then subtracted a couple of hundred dollars each month for rent. If you’re in your twenties and single, it’s a really fun way to spend a summer. After that, it gets a little depressing.

Why?
You’re around all this money and success but people don’t treat you with respect. You’re working for 25 bucks an hour in a $20 million home where leftover caviar gets thrown in the trash! It’s hard not to resent it on some level. I remember working at a place on the beach where the owner only used it three or four times a year. It had a basketball court and a tennis court, indoor and outdoor pools, and a nightclub. It was crazy excess.

How much do you make an hour?
The captains are getting anything from $35 to $55 an hour. It depends on how long you’ve been doing it. The models get paid a little bit more because that’s an extra perk. When you hear that someone is getting paid $15 an hour, it hurts your soul, but it’s still a pretty easy gig.

Do the hostesses ever come on to you?
I get numbers all the time, sure. It’s just part of it. The cougars are hungry, man!

Do you ever call them?
If it’s a hot girl, hell yeah! One of my buddies went to the polo match last year and got a number from a lady who lives in California and he’s been banging her ever since. She’s probably 50 and he’s 27. I know guys who are bartenders at these parties and escorts on the side.

What’s the best party you’ve ever worked out?
I bartended at Puff Daddy’s 4th of July party a few years ago, which was epic. I ended up meeting Sandra Bullock and Matthew McConaughey and taking them to Jet East. I worked another party one time where Kim Cattrall was there and a bunch of guys got naked and started swimming around her in the pool. This is back when everybody was obsessed with Sex and The City. The wives were screaming and freaking out.

Do clients ever make special requests?
I’ve worked a lot of parties where the bartenders have to have their shirts off, but nothing major. We negotiate for more money if they want the shirts to come off. I was at a party once where they invited me and a couple of other guys to stay for drinks after and all the guys got naked and jumped in the pool.

Do the other cater waiters hook up with each other?
Oh, yeah! You’re working with the same dozen people during the week and then about 20 people on the weekend. It’s a very straight-gay-anything-goes kind of lifestyle.

Have you ever gotten any?
Of course! I once had sex with a member of a wedding party at a wine estate. That sort of thing happens a lot.

Where do people have sex at a winery?
In the garden. It’s beautiful out there!

You mentioned a lack of respect. How do most guests treat you?
Half are really lovely and the others are really condescending and treat you like a servant. A lot of the locals that live out here refer to those kinds of people as “city-its.” Idiots from the city.

What about the hosts? Are they nice?
There’s always a lot of, “Don’t go there, don’t talk to people, don’t look anybody in the eye, everyone is sir or ma’am, don’t use the bathroom.” I work a lot of parties where it’s Wall Street guys and they talk openly about business stuff. You overhear a lot of things so I think they treat the cater waiters better because they don’t want us to leak anything. We hear everything that’s going on.

Do you hear about affairs?
We’re very aware of everything that’s happening with whoever we’re working for. I mean, we’re inside their house! There’s a lot of gossip that goes on, that’s for sure.

Is there a lot of drinking?
I’ll have maybe one or two drinks while I’m working if it’s a long party, but I usually wait until clean-up. A lot of people are stoned, though.

Who throws the best parties?
Definitely the gays.

Have you heard any stories of cater waiters stealing stuff?
I haven’t, but I did walk in on a waiter sitting in a bedroom eating a huge bowl of caviar once. Does that count?

Sure! Who are some of your favorite celeb encounters?
I used to work at Bruce Weber’s home a lot when he did shoots. These were huge budget productions and they’d put up a big tent and he’d have a big buffet lunch with a bar. I was there when he shot Michael Bublé, Isabella Rossellini, the Abercrombie & Fitch catalogue, Aretha Franklin...

How was Aretha?
Lovely! The more famous a person is, the nicer they are to the waiters. Isabella was amazing, but Sarah Michelle Gellar from Buffy was a massive b*tch. You catch more bees with honey, so when the people are nice to you, you take good care of them, and when they’re rude, you don’t.