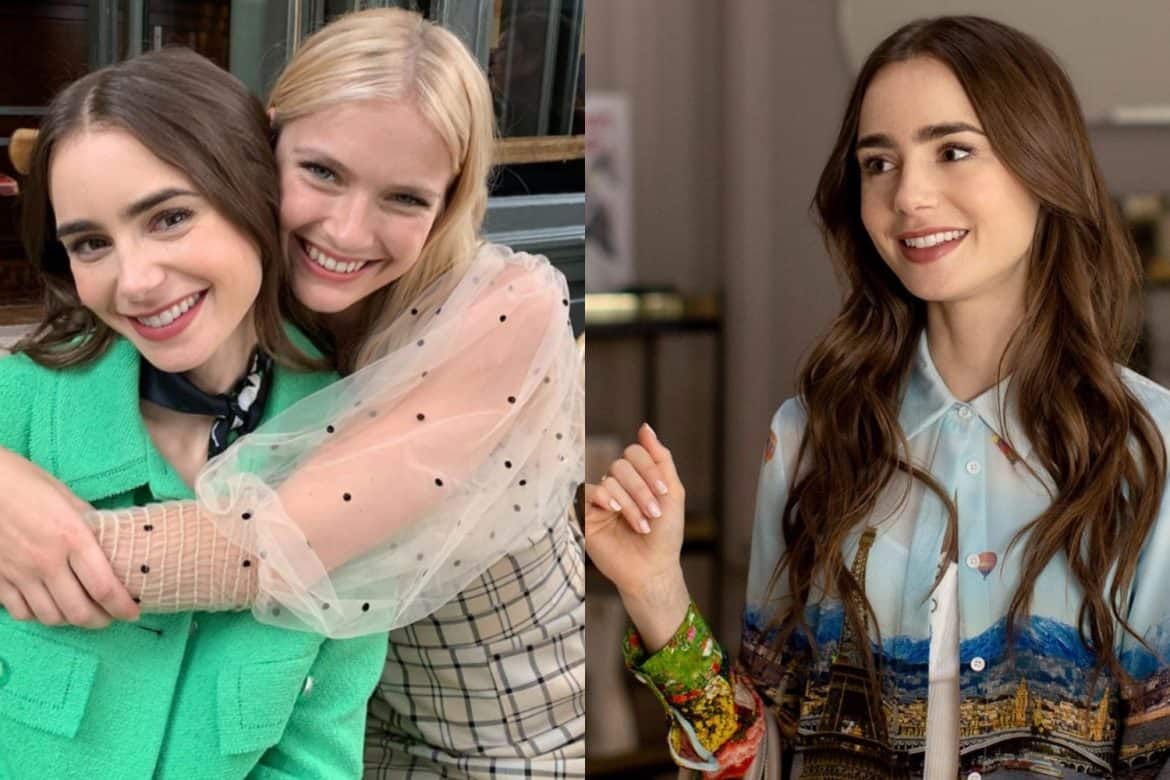 Ooh la la! The second season of hit Netflix romantic comedy Emily in Paris has officially begun filming in France, and we’ve got the inside scoop on all the latest updates.

The show’s Francophile titular lead (Lily Collins) is traveling to the French Riviera for part of the new season, which was confirmed once cast members were seen filming in the Villefranche-sur-Mer commune (they’ve also been spotted at the Louvre). However, a slew of new faces are joining the returning crew of Collins, Ashley Park, Lucas Bravo, Camille Razat, and Philippine Leroy-Beaulieu. Most notably, “Slave Play” playwright Jeremy O. Harris is playing an “iconic” fashion designer, as reported by Netflix Queue on Twitter. Joining O.Harris is Scream Queens and Katy Keene heartthrob Lucien Laviscount, playing a recurring “Brit who gets under Emily’s skin.” French actor Arnaud Binard is also guest starring as a “party boy owner of a popular Saint Tropez nightclub.”

Though it appears Emily’s getting some new love interests, we aren’t losing hope for her and dreamboat chef Gabriel—the two were seen filming a romantic scene in the rain, according to MailOnline. It also looks like the lead star’s friendship with Gabriel’s ex-girlfriend Camille will be safe, as the pair was spotted filming a scene that was shared on Instagram.

As for the divisive fashion, Patricia Field is confirmed to outfit the second season, and we’re already crushing on the looks we’ve seen in behind the scenes paparazzi pics. Though specific details aren’t known about most pieces, Emily’s outfits remain as boldly printed and eclectic as ever, according to Elle. We’ve spotted more berets (mais oui!) and bucket hats, mixed print dresses and robes, and one particularly funky pair of sunglasses, proving Field’s genre-mixing styling approach is back in full force.

We may not know much about the clothes’ labels, but one thing we do have deets on are the bags. From paparazzi shots, it’s confirmed that a bold yellow version of Longchamp’s Le Pliage Filet bag will make an appearance, as well as Christian Louboutin’s Caracaba Mini tote. A little birdie also spilled that a Fall ’21 raffia update of Roger Vivier’s Miss Vivier crossbody will get some screen time too. Que c’est beau!