Night Of Fright At The ‘Deliver Us From Evil’ Screening 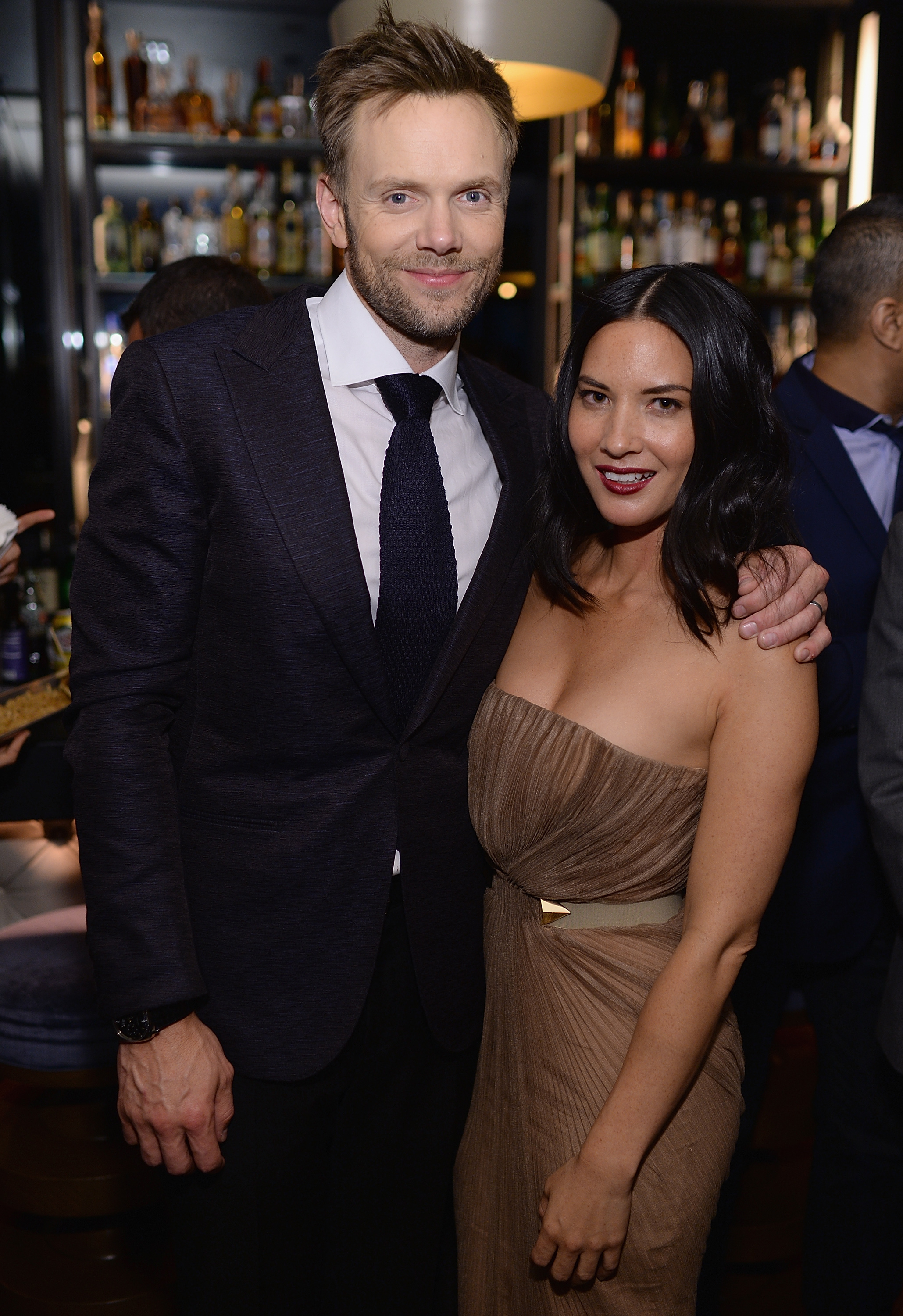 Seeing as most scary movies tend to rely on cheap thrills such as creepy music and copious amounts of fake blood to get a scare or two, Deliver Us From Evil was a refreshing reprieve. Don’t be fooled: this is a horror movie in every sense of the word, but it doesn’t cash in on any of the aforementioned details. Last night, Screen Gems and The Cinema Society hosted a screening of the horror flick at the SVA Theatre in Chelsea. Even the film’s stars, Eric Bana, Joel McHale, Edgar Ramirez, Olivia Munn, and Dorian Missick defied odds, making an appearance at both the screening and the after party.

With films such as The Exorcism of Emily Rose and Sinister under his belt, the flick’s writer and director, Scott Derrickson, explained his formula for creating a truly bone-chilling experience. “It’s always difficult to make a scary movie – you’ve got to do everything just right or the scares don’t work. It’s almost like telling a joke; on the one hand you can either do it or you can’t, but it’s also kind of hard to explain what makes a joke funny.” Deliver Us From Evil began as a book called Beware the Night written by Ralph Sarchie. A retired NYPD officer, he later became a demonologist and chronicled his real life experiences with demons and exorcisms in his book. Derrickson became fascinated with Sarchie’s story. “He’s seen a lot of evil things that other people haven’t seen. The fact that this guy started to investigate the paranormal and became an assistant to an exorcist, that’s movie worthy,” said Derrickson.

McHale got to show off his serious acting chops in Deliver Us From Evil, and he did in fact deliver. But when he found out he got the part, he almost didn’t believe it was real. “I was thrilled – I was so happy. Scott Derrickson’s a genius and to get to work with Eric Bana and Edgar Ramirez and Olivia – I thought I had tricked a whole movie studio,” he told The Daily. His favorite part of shooting? “I got to work with knives! For two hours, every day, I had to train with them.” Celebs who showed up at the film’s rooftop after party, held at The Skylark, included Jim Rash from Community, Lucy Punch, Jessica Williams of The Daily Show, and Megan Hilty. Keeping in theme with the film of the evening, guests were served specialty Qui Tequila cocktails dubbed Priest’s Potion and Dark Spirit.

Deliver Us From Evil will hit theaters on July 2nd, but until then, McHale plans on spending his summer doing a variety of interesting activities: “I’m going to hold my breath for nine minutes, I’m going to remove most of my teeth, and then I’m going to rip out my eyebrows. And other than that, I’m going to buy nine dogs.” Good to know that acting in a serious movie hasn’t affected his goofy side!
KATHLEEN HARPER