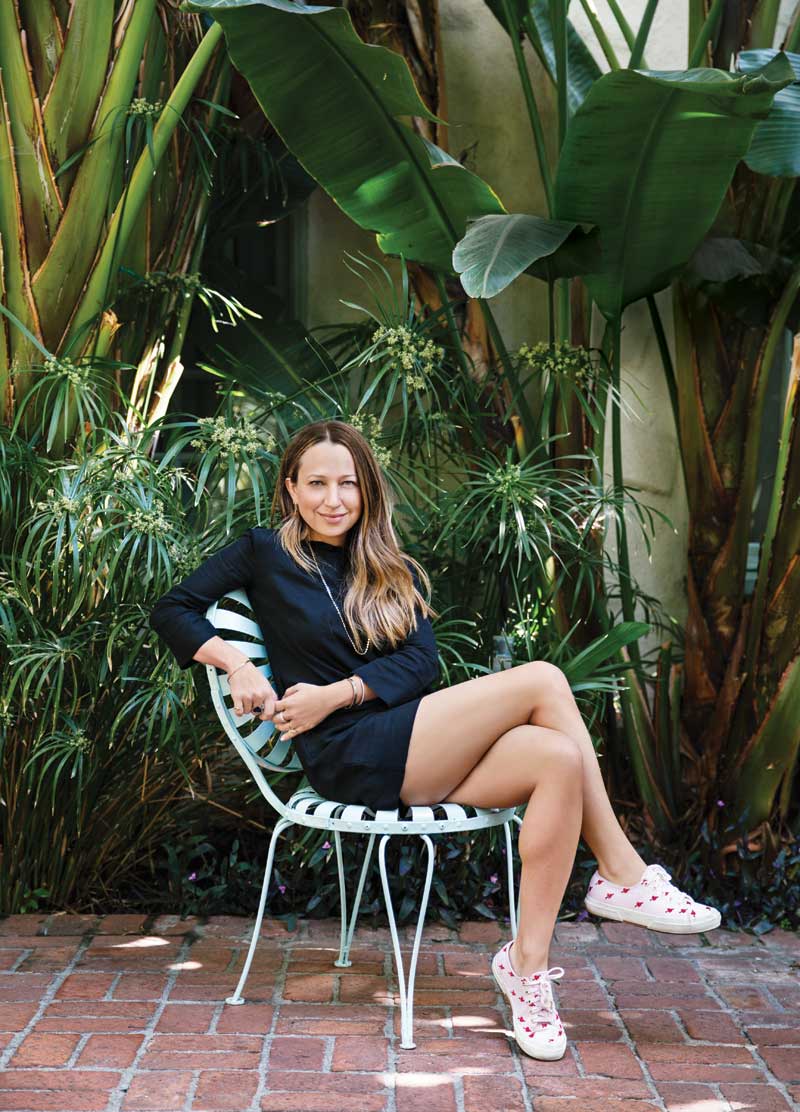 She’s the mastermind of one of the most successful L.A.-based brands to emerge in the past decade, but Jennifer Meyer’s approach to jewelry has mass appeal that extends far beyond the borders of her native Hollywood.

How did you learn to make jewelry?
I taught myself! I always wanted to do it, but when I started out, I didn’t know what I was doing. At the time, there was no Instagram—you couldn’t go online and see what other people were doing. You had to focus on yourself and your own vision. I was scared to put myself out there. When people began to wear and love my pieces, my life changed. To get credit for being part of the L.A. fashion world gives me chills.

What are the benefits of working in L.A.?
All my best friends, my family, my husband [Tobey Maguire], and my children are here, so I get to enjoy my personal life, which is more important to me than anything. Look at L.A.! The weather is perfect, it’s green, you’ve got the beach, the mountains…it’s constantly inspiring. I have incredibly talented friends. L.A. breeds talent—people who are excited to create. I get to be around them every day. It’s amazing.

Which friends were helpful when you launched?
A million of them! Around the time I launched, I was doing celebrity public relations for Ralph Lauren. I was really young and loved doing it, but something was missing. My boyfriend, who became my husband, kept on saying, “What do you want to do? What’s your passion?” I finally said, “I want to do jewelry.” He used that Star Wars quote: “Do or do not. There is no try.” I had moved in with him by that time, and I saved my own money for my company. Over months and months, I saved about $7,500. That amount of money in my bank account at the time felt like I was going to have enough money for the rest of my life. I didn’t ask anybody for help. This was going to be mine. If you’re going to blow money on anything, let it be your dream. I took the money and started going downtown and to Culver City looking for jewelers to make a few pieces.

What was your first major break?
When the stylists who worked with Jennifer [Aniston] on The Break-Up came in to Ralph Lauren to pull clothes, I was wearing my samples. I asked for their opinion, and they thought the pieces were really good. They said they’d show Jen, whom I didn’t know at the time, but who has since become a good friend. I didn’t hear anything for three weeks. I was so embarrassed to even ask. Finally, I get a call from a production person for the movie telling me that they needed three of each piece, because she was going to wear them in the film. They were the only pieces I had, and they were shooting in five days. I was like, “Uh, okay! No problem!” I somehow turned it around.

When did the press hit?
Tobey and I were in Europe, and someone had an Us Weekly from that week and there were pictures of Jennifer on set and I said, “That looks like the leaf!” It was the moment I had been waiting for. I couldn’t believe it. It just started to go from there.

When did Barneys pick you up?
Right away. That was luck. I always wanted to be in Barneys—I thought it was the be-all, end-all. I had no clue about fashion and what a season was. I was so lucky to be so ignorant in the whole situation. I asked everyone I knew if they knew anyone who worked at Barneys. One day I asked my friend, Jacqui Getty, and she said, “Yeah, and she happens to be here this weekend.” I got a call to meet [former Barneys fashion director] Julie Gilhart. I didn’t know who she was, thank God. For all I knew, she sold jewelry on the floor. We met up and she liked my wishbone, and she said she wanted to give her friend Alber Elbaz one for his birthday. I had no clue who he was. A few weeks later, I got a call from Barneys, who said that Julie loves my pieces. And they bought the collection! That was 10 years ago.

Who was the Jennifer Meyer girl at the time?
Me! I love the idea that you buy pieces that are classic and comfortable, and you wear them forever. 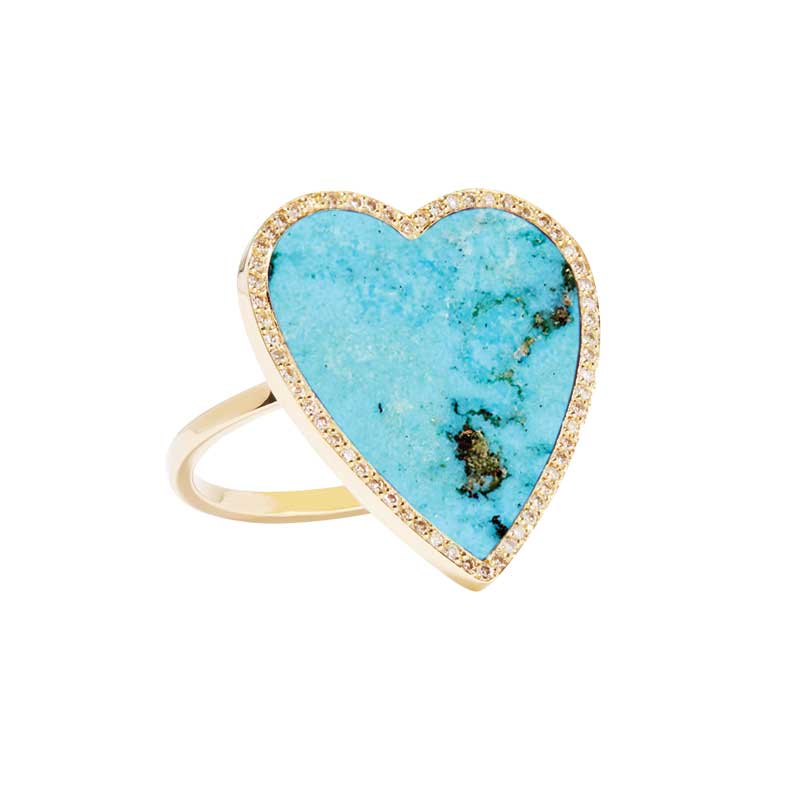 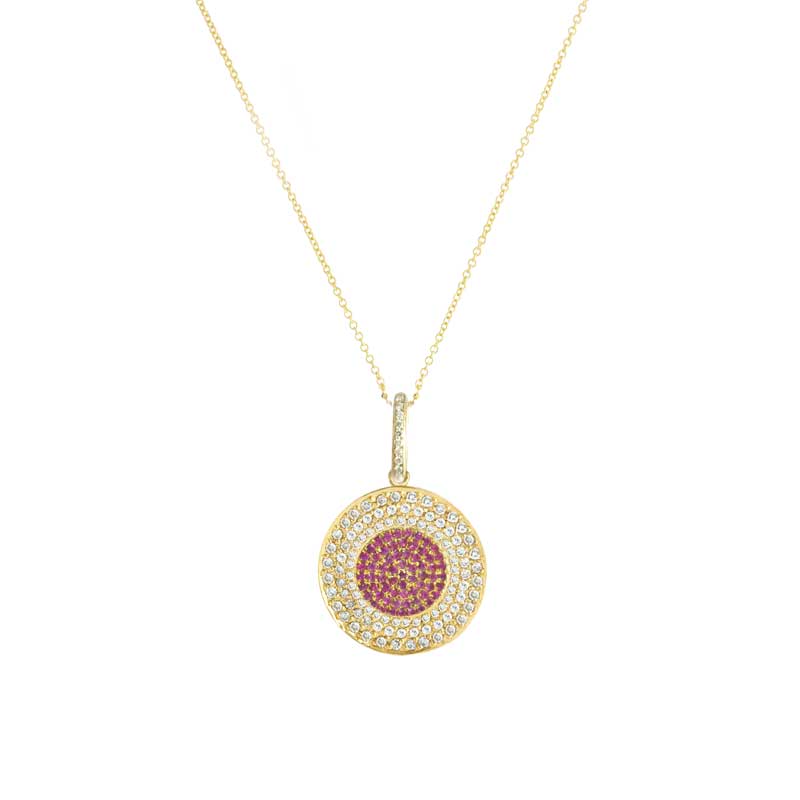 Who are your closest friends on the fashion scene?
I love them all! The Rodarte girls and Lisa Love have been incredibly supportive. Hedi Slimane is one of my best friends. I’d die without his love and support and guidance.

You were a CFDA/Vogue Fashion Fund runner-up a few years ago.
Diane von Furstenberg became my mentor. Her advice has been the greatest I’ve ever received. She’s become a friend, a mother figure, and her advice has changed my company. She’s really smart when it comes to the little moments in your company and working with people to help support that. When I’ve had bumps, she’s quick to give me the right answer.

You’re growing beyond jewelry.
I was in a meeting with [Barneys COO and senior vice president] Daniella [Vitale] and we were talking about how we can expand around my 10th anniversary. She said, “It’s a slam dunk—you’re going to design a clothing line for Barneys!” It was so much fun. Jewelry is my first love and that’s what I’m always going to concentrate on, but doing something a little different and figuring out how the process works and seeing another side…I don’t know how fashion designers do it! That is way harder than jewelry.

What’s the aesthetic?
I always say in New York, you can only be too underdressed and in L.A., you can only be too overdressed. I really wanted to make pieces that you can wear during the day and can go through night, too. I also recently collaborated with Superga on a line of sneakers.

You have 10 people on your team. What kind of boss are you?
You’ll have to ask the girls I work with. I don’t consider myself a boss—I consider myself part of a team. I couldn’t do it without them. I always say that the most important thing is that people walk in and everyone feels happy. They go out together and are there for one another in hard times. That’s what matters to me. If a piece of jewelry gets lost, I care that we take responsibility and handle it, but I’m not going to be mad at anybody. Nobody’s getting fired. I want them with me forever.

You’ve asked Kate Hudson to present to you at our Fashion Los Angeles Awards. Why Kate?
She’s my oldest friend in the world. My dad was an agent for many, many years, and [Kate’s mother] Goldie Hawn was his client. She and I grew up together. Who’s cooler? Who’s cuter? Kate’s totally adorable and smart and gorgeous. She seemed like the perfect match, and she knows me inside out. I’m praying she keeps it kosher in the speech.

Have you ever won anything before?
I suck at sports, but in sixth grade, at tennis camp at Pepperdine University, I was named best camper, because I was really nice.

What did you win?
A duffel bag.

Kate Lagos Puts Her Own Spin on...

15 Spectacularly Sparkly Gifts to Glam Up...

Meet the Man Behind Your New Favorite...