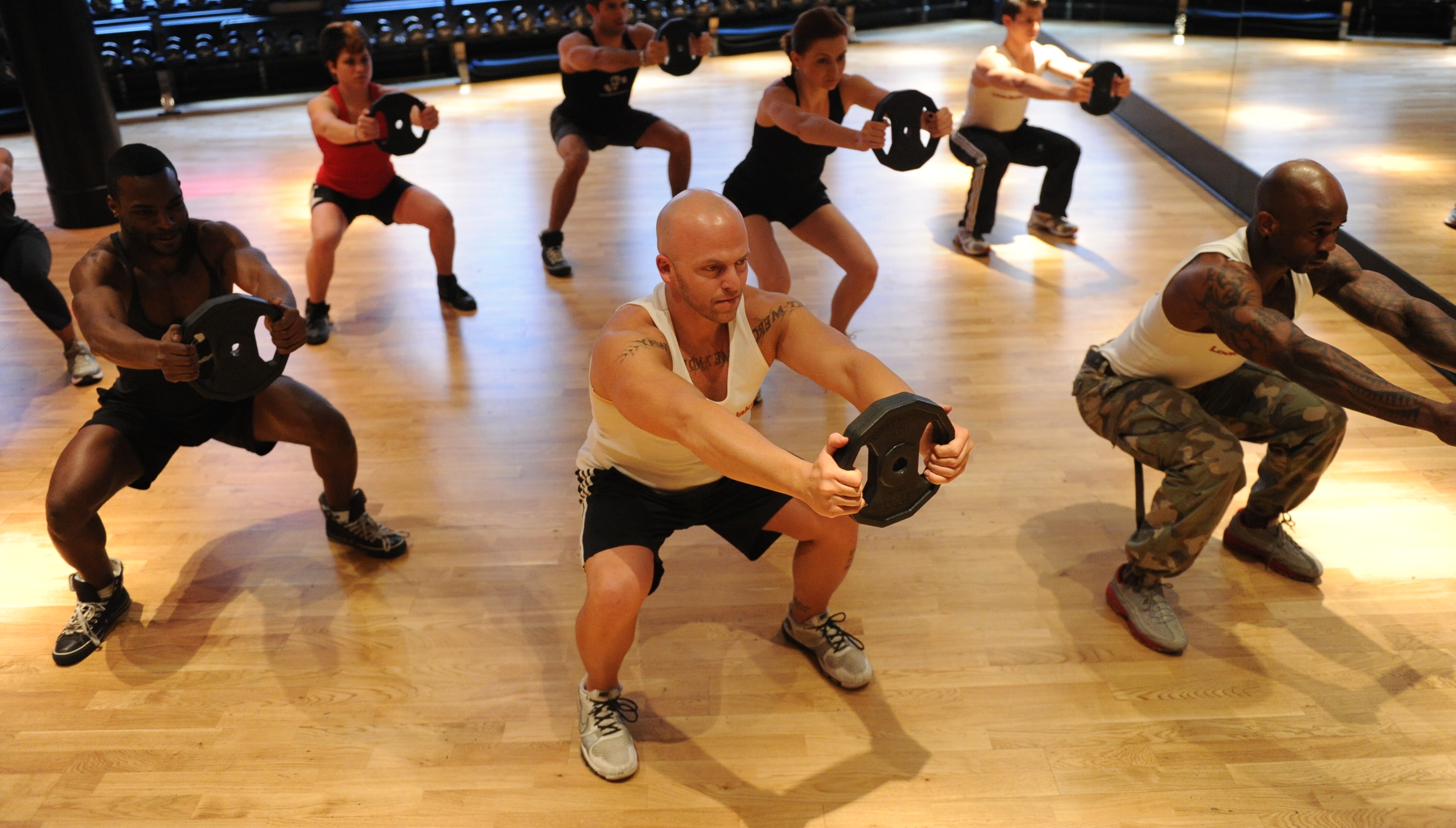 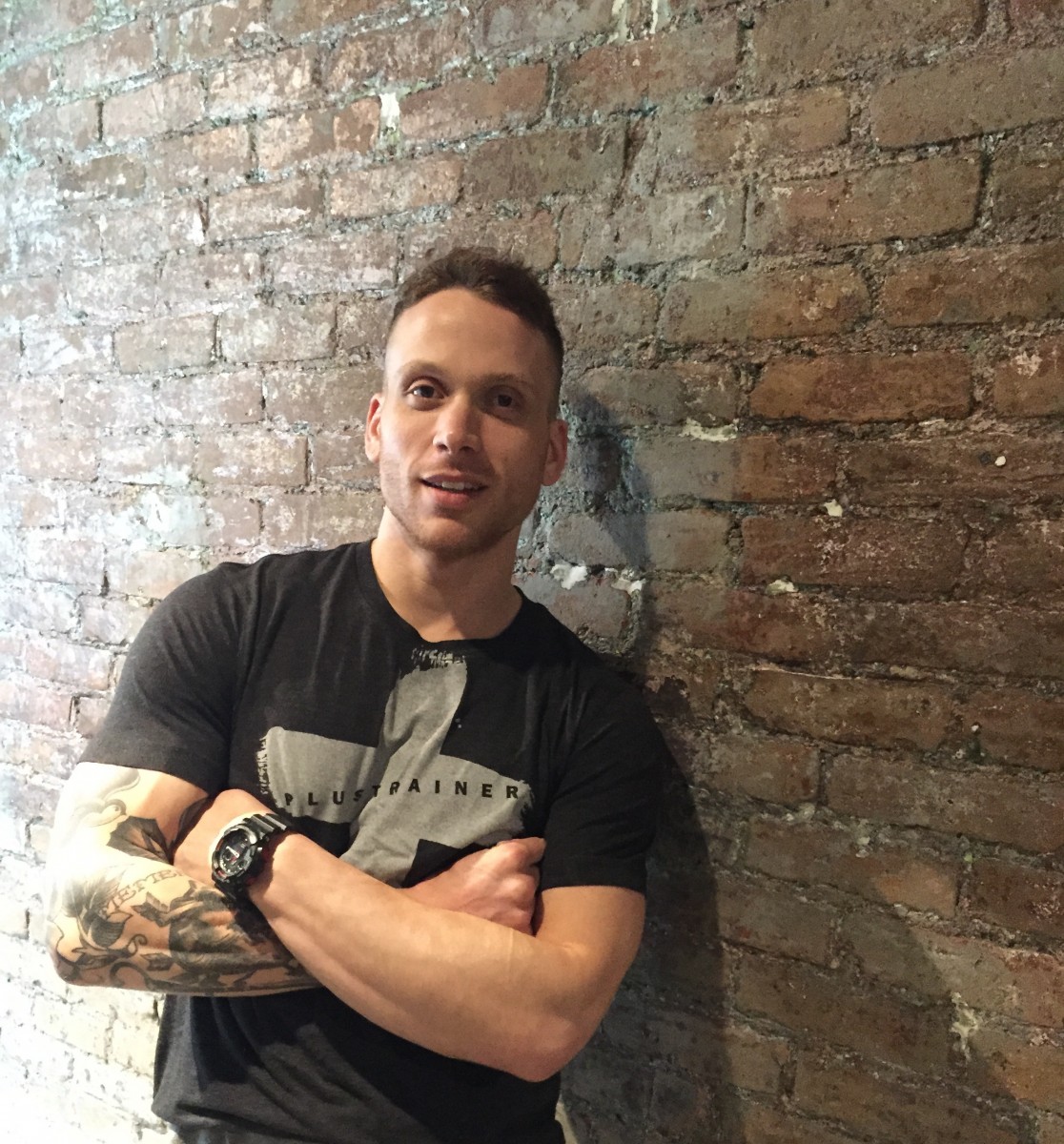 Shredded in three words: Out of control.

Before Shredded… I’ve been in the industry for about 1o years now, so in some form or another I’ve had a hand in a variety of styles of training and group fitness. DavidBartonGym being the cream of the crop; it’s hands-down the best.

The hard sell: I keep the moves basic.  It’s as simple as that! There’s nothing fancy here, just sound science and years of experience. I utilize basic movements in combinations that make sense and take you through a total body experience. I’m here to give you results, not to be fancy. I want the class to push each other and work as a group. There is nothing like the energy of a dedicated group of 20+ people that are giving everything they’ve got with no clue what’s coming next. Granted, I’m assuming the whole class likes surprises.

Ideal après-class snack: I’m a huge fan of fresh fruit and a good protein, so my ideal snack would be mango slices, a couple of hard boiled eggs, and a big water. Lean, mean, and refreshing.

Biggest misconception about Shredded: “It’s too hard for me.” Shredded is meant to take anyone and everyone to the place where you’ve never been before! It’s an adventure, and it’s hard for even the seasoned vets. It’s a fight to the finish and I really think people have more confidence and a better understanding of where in their fitness journey they are from this class.

Advice for a first-timer: Just keep your head and push your limits! We are in this together. Also, I apologize in advance for yelling.

Major mistakes newbies make: Avoid the front row. It’s no joke up there.

Trick to motivating with a boot camp-esque vibe: I never use a mic, and I tend to yell a bit. Because of that, the class just takes on its own persona and the vibe of that stems from the class giving every last drop of energy to win the fight. I am also a huge fan of group counts, so we work together, we hear each other, we feel like a team. That team aspect makes the energy skyrocket. Think about it: when you get mad and tired and angry, you just want to yell and scream. Shredded is for just that: letting it all go!

What it’s like to teach a fitness class in a former church: It’s something that I can’t put my finger on, exactly, but I think about quite often.  Shredded is like going into battle, and I think the church for most people is beautiful and soothing.  So when members arrive, they take a moment to reflect where they are and what they’re about to do, it’s humbling.

Earliest fitness memory, ever: My father was a trainer back in the ‘80s and ‘90s and just being with him in the gym is all I can ever remember.  That and his frustration from my constant questions about his exercise choices.

Shredded soundtrack: In two words, it’s aggressive. I create a different playlist every week and it’s where I feel like I really pour my heart out. I try and  take the class into a spiral of something cool and collected for our warmup in the beginning, and then we fade into our strength work with some aggressive hip hop/rap or rock. As we progress, the intensity of the music progresses. Usually after the strength work we get a little crazy and move into an industrial sort of trap EDM beat montage, again progressing to the point where you couldn’t imagine it getting any faster or crazier. Then I cool it down with something soothing for the stretch.

Go-to workouts beyond Shredded: I’m usually in the front row with my team during Shredded, but when I’m not, it’s a mix of the “big six movements” and conditioning work. I practice what I preach, so you might find me in the studio trying some new sequences for Shredded.

Workout we’ll never catch you doing: As a professional in the fitness industry, I see something new coming out everyday.  With the industry where it is, you have to have the ability to explain, discuss and understand what is going on in the world so I don’t make enemies with different workouts. I take the good, and try and avoid the bad.

Workouts on the horizon next: I am a big and humble fan of obstacle racing, like Spartan races or the infamous Civilian Military Combine race.  I like to think that every individual should be ready for anything so I am really studying the fundamentals of human movement and relating that into the gym.

Most frequently-asked question: “How do I get abs?”

Classes clocked weekly: I find myself taking classes all the time with clients or friends and teaching as much as I can.  I love to learn about what’s out there and how the guys all over the city are making it happen. It’s like going to a study group when I’m in a class i’ve never been in.

How is Shredded different from other intense classes out there? Shredded evolves with the seasons. It has its fundamentals but the style changes.  For instance, when we were getting close to summer, we changed some equipment and worked towards that beach body that everyone wants.  Just like a workout program, a class should evolve as well.

Shredded’s draw for the fashion set: I feel like fashion, music and fitness go hand in hand. Fashion is in a constant state of evolution just like Shredded.

PART II: The Daily weighs in…
Location and logistics: Shredded is offered at DavidBartonGym on Saturdays at 11 a.m. and Tuesdays at 6 p.m. at the Limelight location on 20th St. and 6th Ave., and at 9 a.m. on Saturdays at the Christopher Street location.

What you’ll shell out: Non-members can fetch a day pass for $50, and monthly memberships begin at $155.

Stroll-right-into-a-meeting or absolutely-shower-necessitating? Oh, you’ll sweat. Bucketloads. But that’s a great excuse to check out the pristine, spa-esque locker rooms at the Limelight location.

It’s worth it if… You want a topnotch trainer kicking your ass in a small group setting—and since it’s not the kind of crowd that flakes out after a rep or two (you’ll see some seriously buff dudes sweating it out around you!) the motivation factor is really high. It puts that 45-minute elliptical sesh and half-hearted weight reps to shame, to say the least… 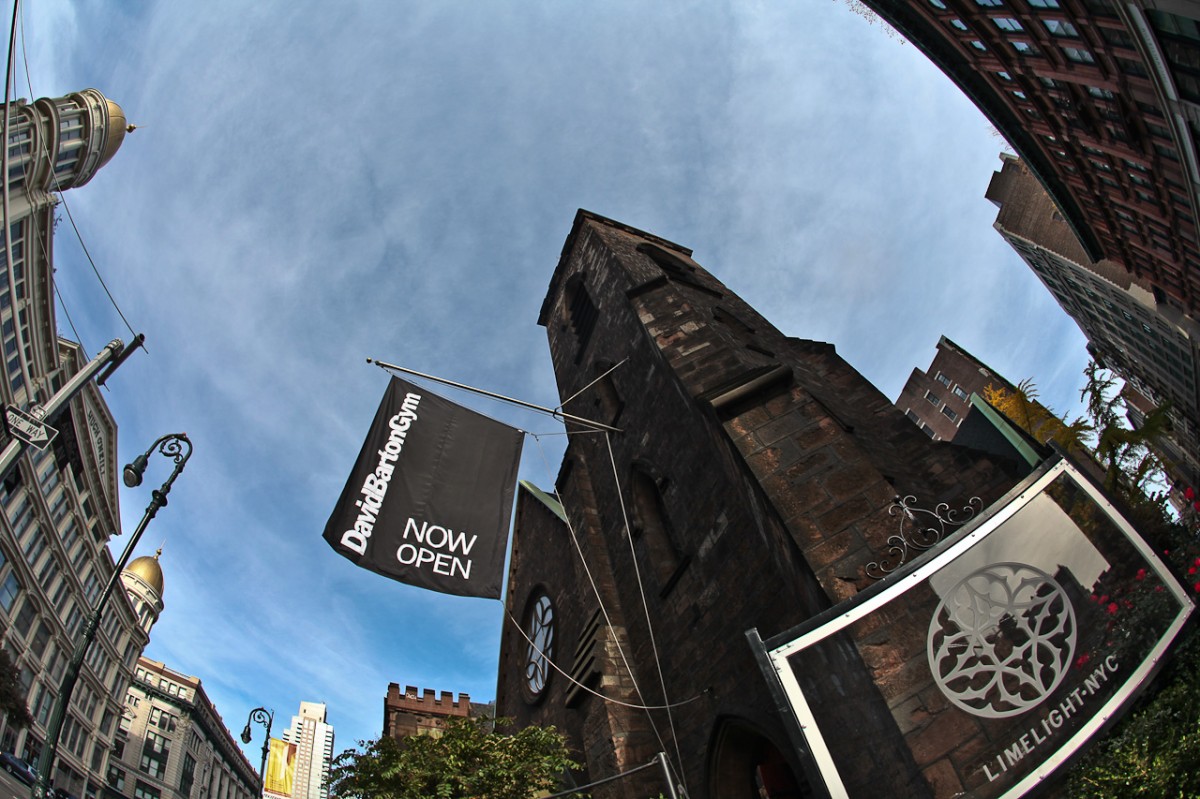 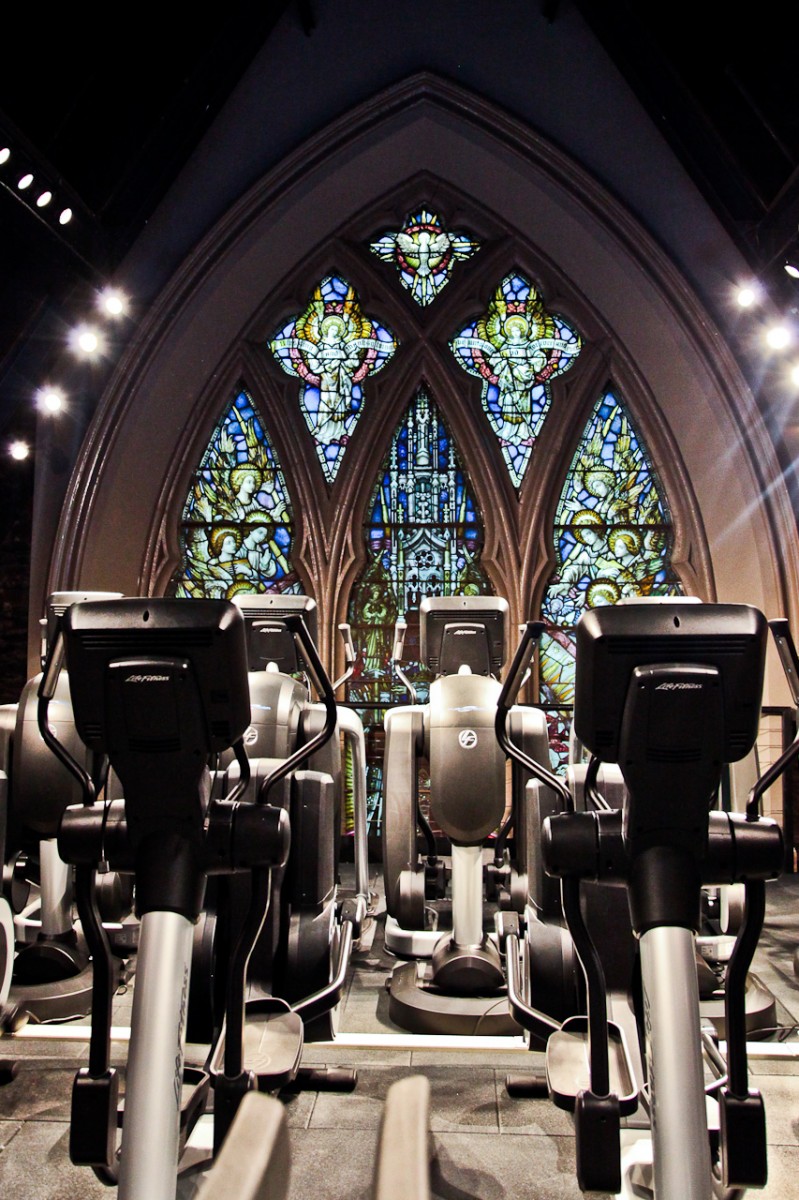 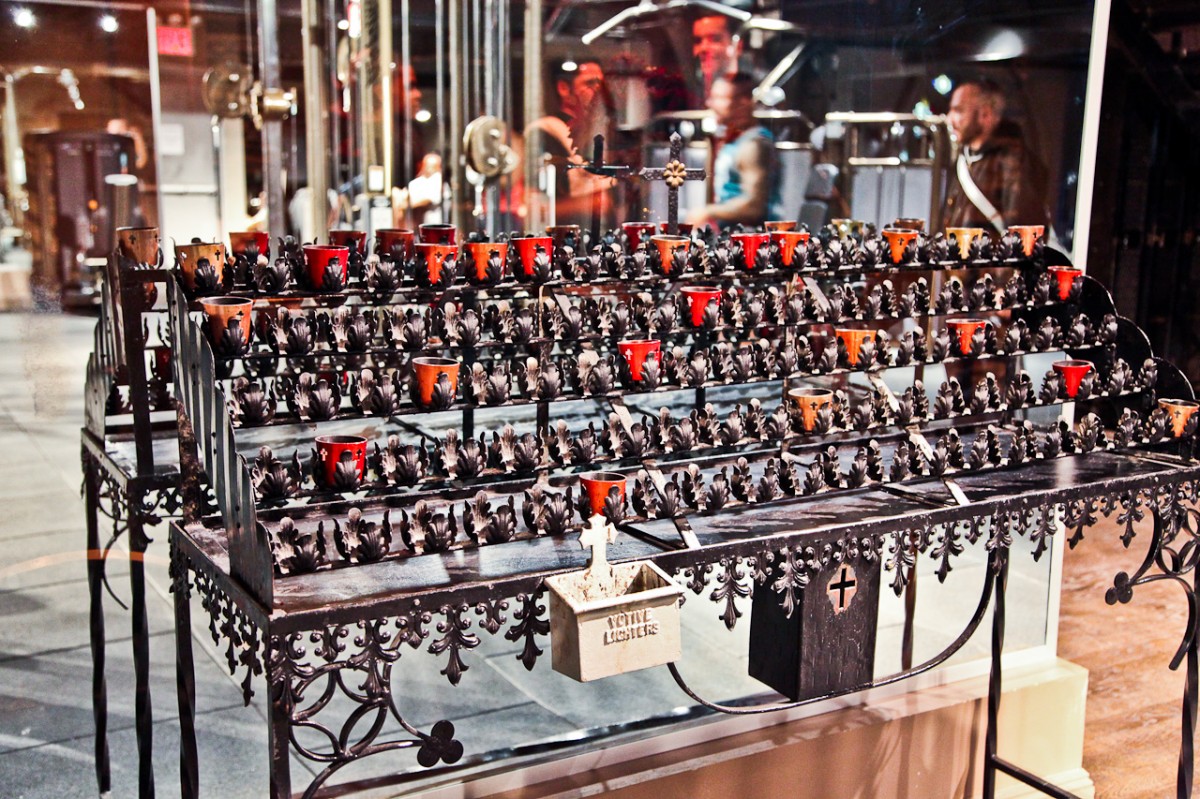 I was a bartender at the Limelight. And I worked out at David Barton’s old Chelsea location 6th Ave between 15th and 16th. I’ve been a personal trainer in LA for 15 years (check out http://www.trainhardcore.com) but am looking to relocate to NYC. Are you hiring personal trainers? David, we knew each other when you were still with Suzanne and I was a dancer for Junior at Arena/Palladium…