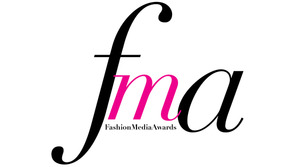 (NEW YORK) The Daily Front Row has a premiere in the works for NYFW: This September marks the launch of the first annual Fashion Media Awards, building off of the mag’s beloved Media Issue and dovetailing with The Daily‘s tenth anniversary. The event will take place at hautespot eatery Harlow on Friday, September 6. Honorees for the inaugural FMAs include Stephen Gan, Ingrid Sischy, Joe Zee, Jane Bruton, and Heidi Klum, along with a buzzy coterie of high profile presenters. Media standouts will be selected in categories such as Fashion Magazine of the Year, Creative Director of the Year, TV Personality of the Year, Fashion Scoop of the Year, and Publisher of the Year.

“Fashion’s editors and creatives bring to life for hundreds of millions of readers and viewers the vision and message of each fashion season. With their unrelenting passion and indomitable brilliance, they are the most fundamental force in the fashion world, along with the designers themselves,” said Brandusa Niro, The Daily‘s editor-in-chief and CEO. “We are delighted to begin a new tradition of honoring these extraordinary talents with their very own annual Fashion Media Awards.”

On the beauty front, Maybelline New York is sponsoring a “Born With It” Beauty Award, which celebrates the most influential emerging editor in the beauty biz. “Though fashion designers and hair and makeup artists are most often credited for creating runway looks, we know there’s another driving force behind the newest trends and latest products—the beauty editors. We are thrilled to celebrate and recognize their important contributions,” said David Greenberg, president of Maybelline New York, Garnier and Essie.

Following the first-ever Fashion Media Awards on Friday eve, the Media Issue will hit the tents the next day featuring the influential cadre of honorees in its pages, and more! Did your favorite glossies and beloved editrices make the cut? Stay tuned!