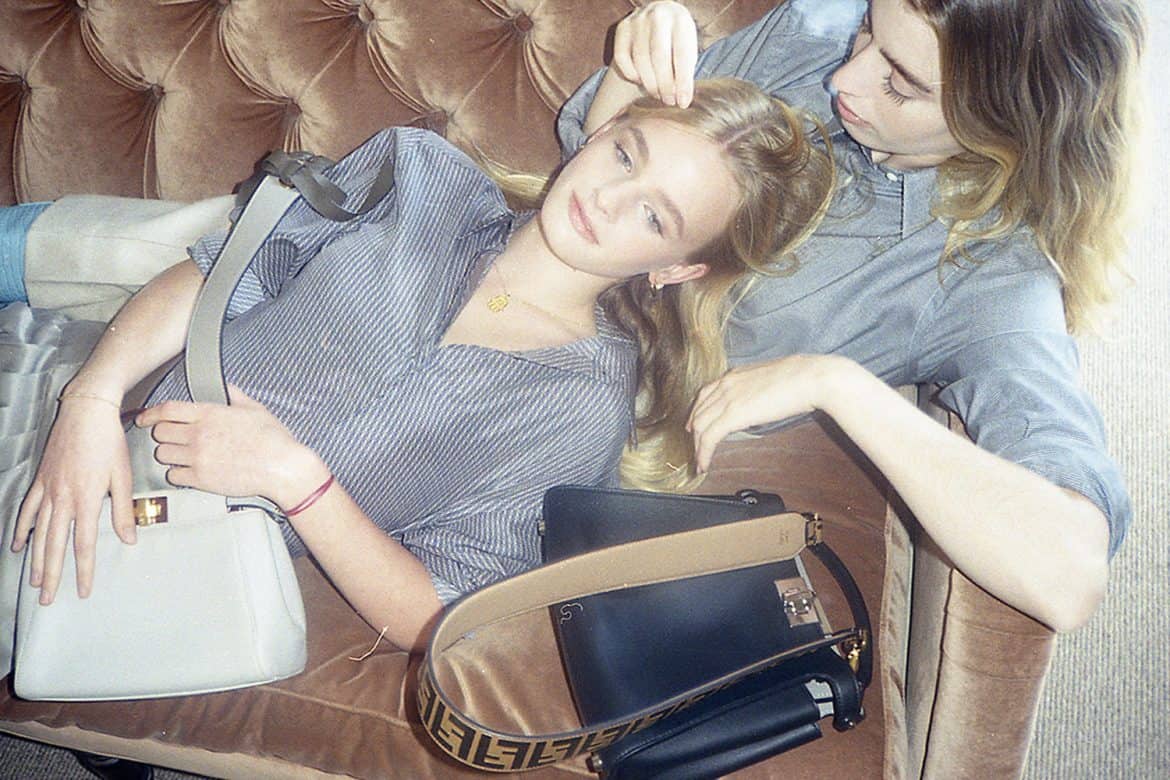 Ewen McGregor’s Daughters Land a Fendi Campaign (Instagram)
Celebrity families and  kids continue to fascinate the fashion world this month, as Fendi releases new images in its #MeAndMyPeekaboo campaign. The pics feature Clara and Esther McGregor (daughters of Ewan) getting cute and personal in L.A. Other notable stars in the ad series include musician Dou Jiayuan with her mother, Gao Yuan, as well as Kim Kardashian with her mother, Kris Jenner, and daughter North West.

Levi’s Now Uses Lasers to Distress Jeans (Business of Fashion)
The future of fashion is…lasers? Levi’s thinks so. The denim giant is rolling out laser technology to help customize and distress jeans. But the initiative is more than just playing with cool beams of light — the chemicals and processes currently used to finish denim are harmful to both the environment and the workers involved in production. Celebrity stylist (and Levi’s collaborator) Karla Welch posted a clip of the new, greener process on Instagram, and honestly, it looks pretty cool.

Michael Kors Is Having a Good 2018 (WWD)
In business news, Michael Kors Holdings Ltd saw a spike in revenue for the first quarter of this year, helped, at least in part, by Jimmy Choo, which is owned by Michael Kors and performed better than anticipated. The company brought in $1.20 billion in Q1, a significant jump from the $952.4 million it brought during the same period last year.

What Prince Harry Really Thought of Meghan Markle’s Wedding Makeup (InStyle)
If the internationally televised moment of Prince Harry telling his bride she “looked amazing” wasn’t clear enough, he loved her wedding-day beauty look. In fact, he loved it so much that he repeatedly told her makeup artist, Daniel Martin, how pleased he was. “After the ceremony, Harry kept saying thank you,” Martin recently said. “He was thanking me for making her look like herself.”

Kylie Jenner Plays a Glowing Goddess in New Music Video (Youtube)
Travis Scott’s new music video gives a glowing tribute to his girlfriend and the mother of his child, Kylie Jenner.  Jenner appears as a golden, glowing goddess, holding both Scott and a lamb. Honestly, it’s just one part of a video filled with a lot of bonkers visuals, including Scott riding a fire-breathing dragon. Check it out for yourself: