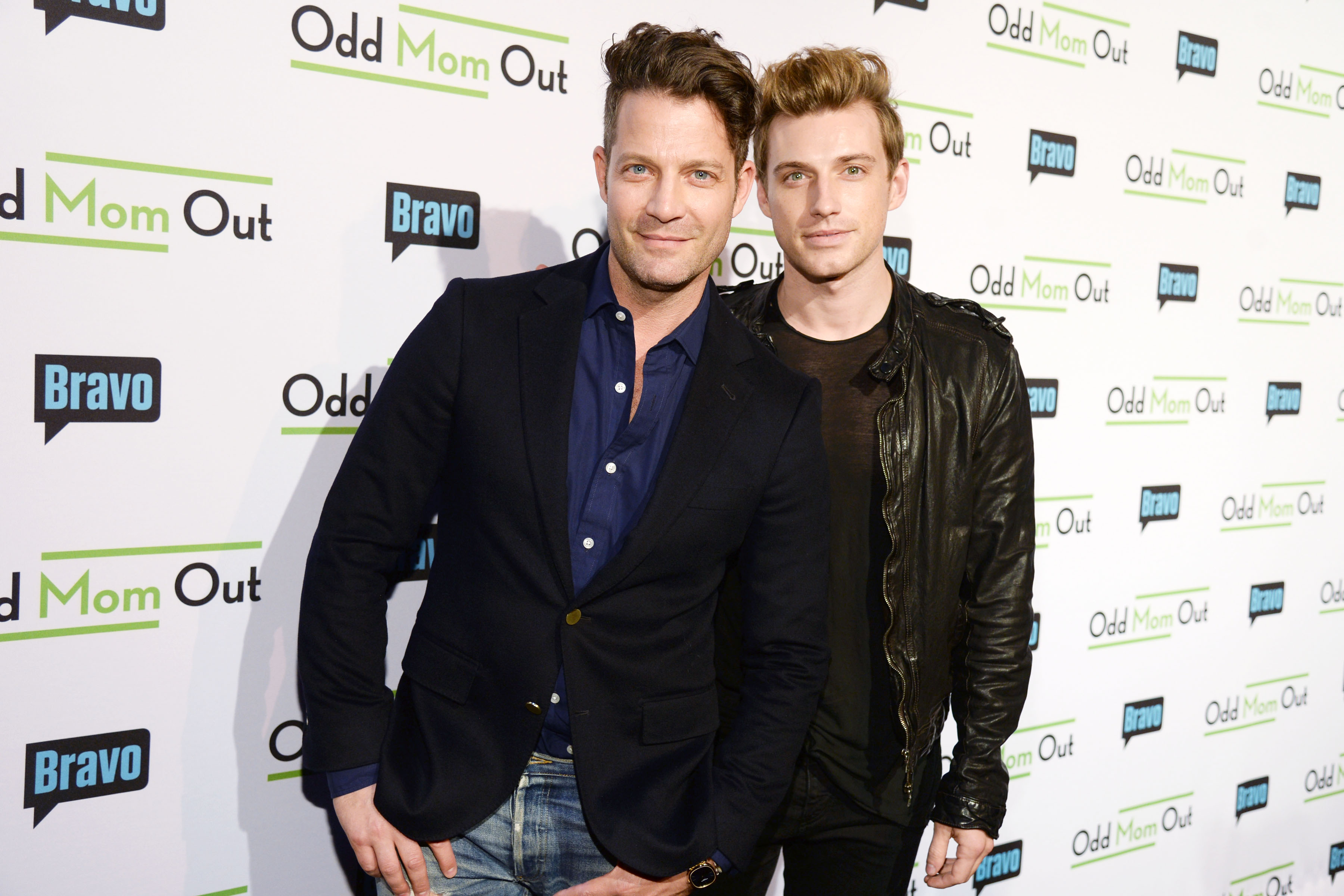 At Wednesday’s Odd Mom Out after party, we caught up with adorable couple Nate Berkus and Jeremiah Brent. The duo gave us the scoop on fatherhood plus their plans to head out East…

Congrats on your daughter Poppy! Love the name.
Jeremiah: Thanks! She’s 10 weeks old. I had this dream when our surrogate was pregnant about a little girl named Poppy standing on a beach. It was actually  funny, but it sounds much better alone. But yeah, after that dream, we named her that.
Nate: That really is what happened. He then asked me if I liked the name and I was like, ‘Yeah, I do actually!’ So from day one, she was Poppy!

What’s new with you Jeremiah?
Jeremiah: I’m in the process of finalizing a television show that I’ll be hosting. It’s really exciting. Honestly, I’m trying to figure out what the next step is now that I’m a dad.

Odd Mom Out is based on Jill Kargman’s book. What are you guys reading?
Jeremiah: I’m reading about the origin of hinduism. I’m obsessed with religion.
Nate: Thrive by Arianna Huffington. It’s interesting.

Are you guys heading to the Hamptons at all this summer?
Jeremiah: Yeah we’re actually going to spend our first Father’s Day there! I need to be on the beach. We usually go to Amagansett or Southampton. I try to stay as much away from the East Hampton scene as possible! But we do go out to Montauk to have dinner at the Crow’s Nest. It’s far, though…