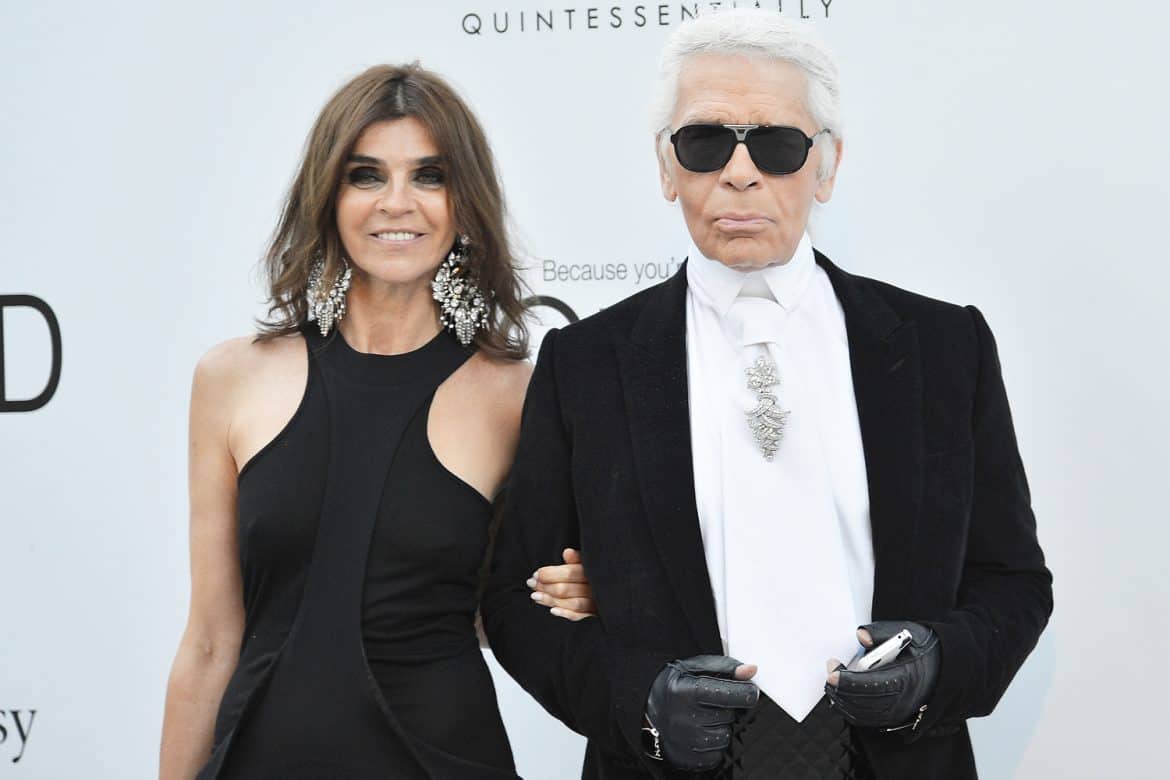 Carine Roitfeld Shares Fond Memories of Karl Lagerfeld (The Guardian)
Stylist and editor Carine Roitfeld wrote a tribute to Karl Lagerfeld as part of The Guardian‘s obituaries of the year. In her essay, Roitfeld recalled meeting Lagerfeld for the first time, describing him as “curious about every subject and incredibly knowledgable.” Over their years of friendship, the designer was honest, yet supportive. When he did not like the first-ever cover of her magazine, CR Fashion Book, he still gave her kudos for surprising him. And when she was mulling over launching a perfume, he encouraged her to be the first editor to do so.

“Karl was my rock. He’s always been there for me, through years of friendship and creation,” she wrote. “His sense of humor, words of advice and the precious memories of this time spent together will never leave my thoughts, and this was the same in his personal and private life. Karl had the politeness of a king, though not the punctuality. But whenever he arrived on set, he always looked everyone in the eye and thanked them, including every assistant and crew member.”

Fashion Nova Factories Underpay L.A. Workers (New York Times)
The Labor Department has discovered that numerous L.A. factories producing Fashion Nova clothing have been paying workers illegally low wages. While the company does not directly deal with factories, which are hired by middlemen, this year Fashion Nova was “found the most frequently by federal investigators looking into garment factories that pay egregiously low wages.” Furthermore, over the past four years its clothes have been found in 50 investigations related to factories that pay less than minimum wage or fail to pay overtime. The company has since updated its vendor agreements and met with the government agency.

“We have already had a highly productive and positive meeting with the Department of Labor in which we discussed our ongoing commitment to ensuring that all workers involved with the Fashion Nova brand are appropriately compensated for the work they do,” Erica Meierhans, the brand’s general counsel, told the NY Times. “Any suggestion that Fashion Nova is responsible for underpaying anyone working on our brand is categorically false.”

Capri Holdings Buys a Factory
Capri Holdings — which includes Versace, Michael Kors, and Jimmy Choo — has acquired its first factory. Alberto Gozzi S.r.L. is an Italian footwear factory in Tuscany, and had been family-owned since 1974. After the deal closes in early 2020, it will produce Versace and Jimmy Choo shoes, and, at a later point, items for Michael Kors Collection as well.

“We are excited to welcome all of Gozzi’s talented craftsmen to the Capri Holdings Group,” says John D. Idol, chairman and CEO of Capri. “This acquisition allows us to further align with the industry’s best practices and to strengthen our technical competencies while cementing our position in the global luxury market.” 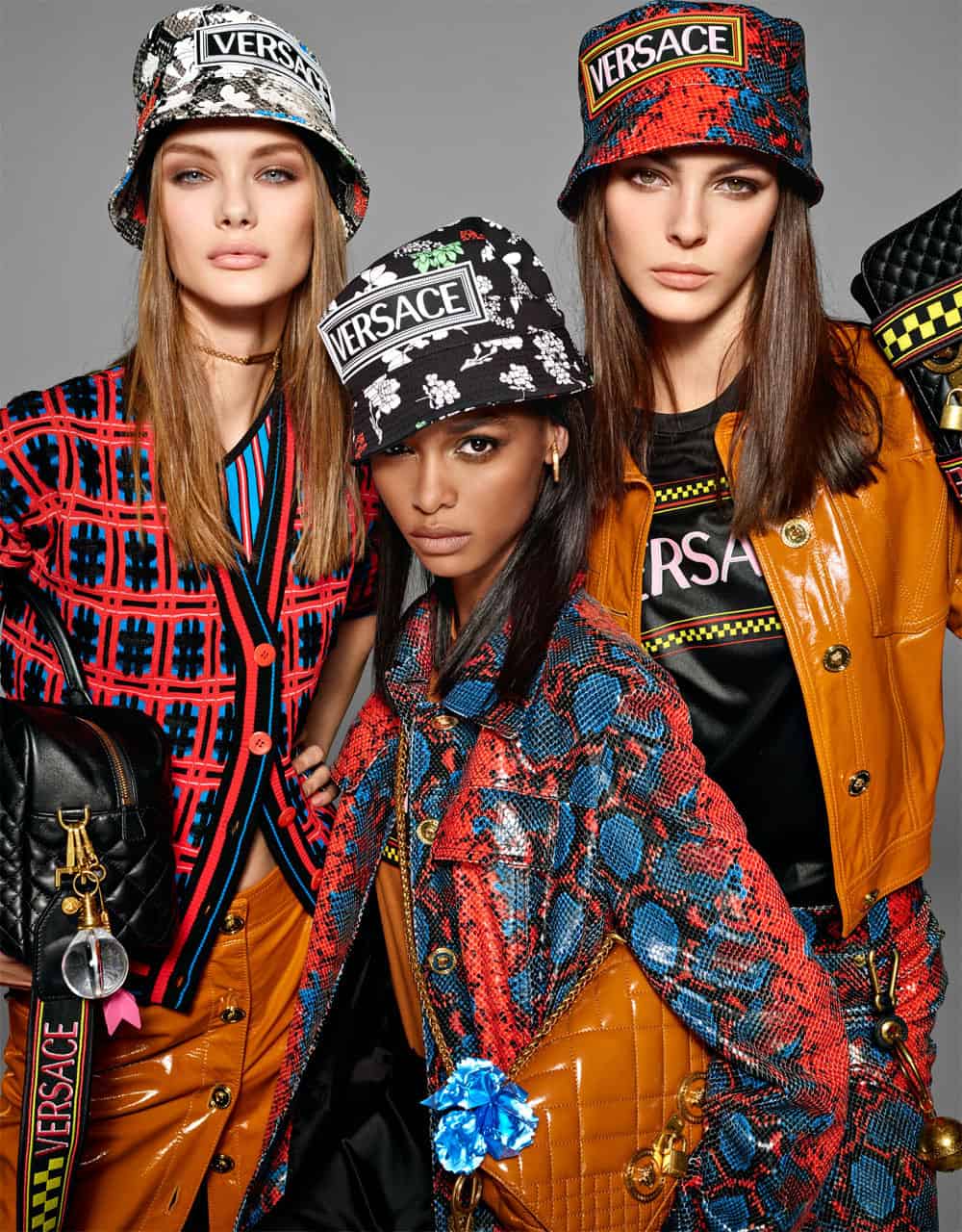 Arcadia Fashion Group Refinances Massive Loan on London Topshop (Reuters)
Arcadia fashion group has refinanced a £310 million ($398 million) loan on its flagship Topshop location in London. The deal with Apollo Management International is for a four year term. In June, the retail group avoided going into administration in the UK (similar to bankruptcy in the US) after a vote in which creditors and landlords approved restructuring plans to save the company. 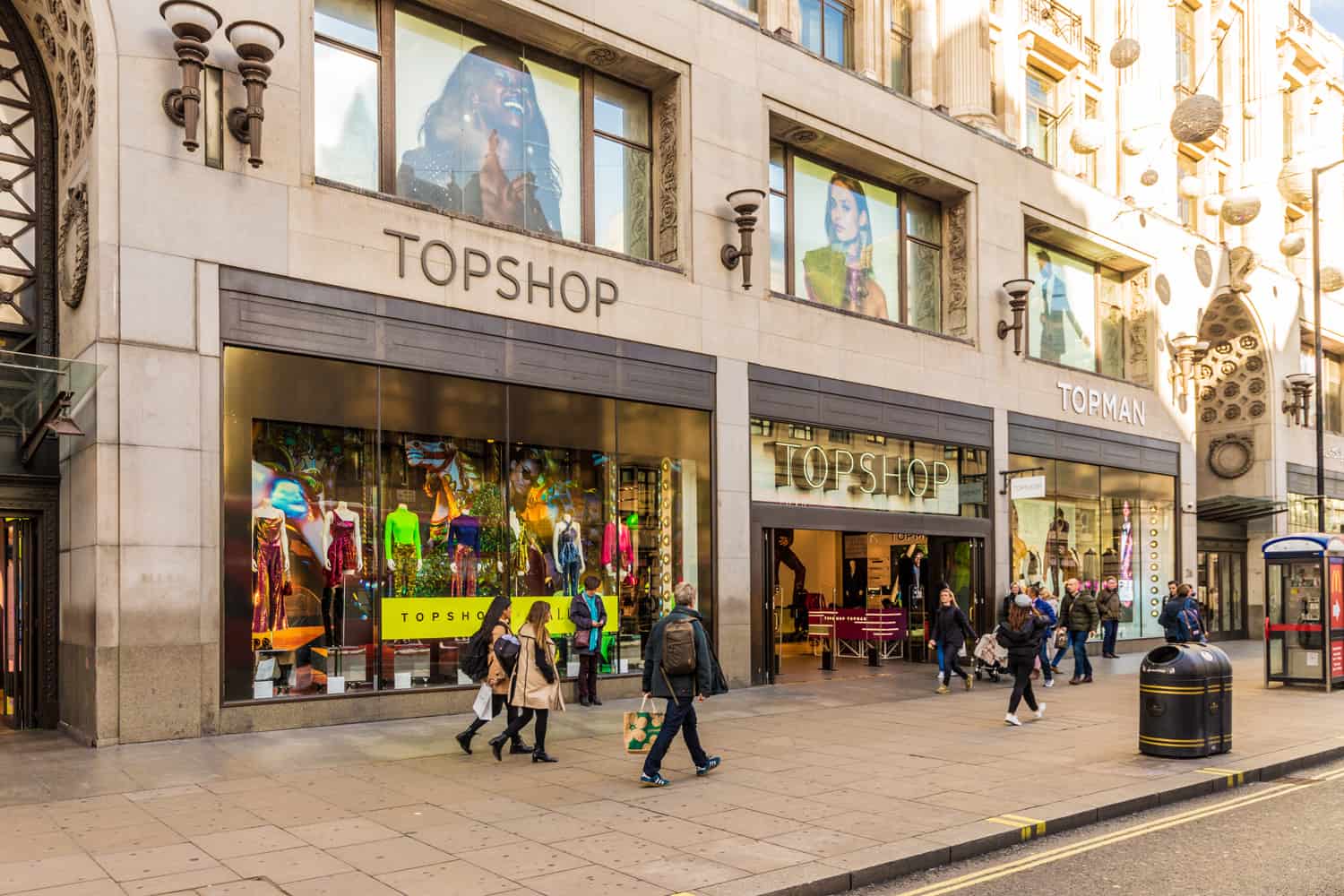