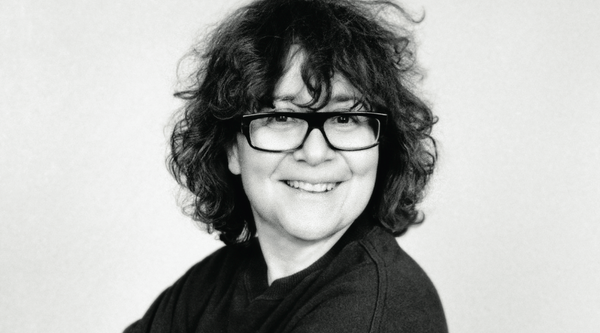 (NEW YORK) Few stories have shaken the fashion industry quite like John Galliano’s self-immolation inside a Parisian café three years ago. When the time came for him to explain himself to the world, there was only one writer to call: VF’s brilliant Ingrid Sischy.
BY EDDIE ROCHE

How did you get John to talk?
I’ve been following John since his first show in Paris over 20 years ago. I’d gotten to know him over the years, as you do. We weren’t friends, but colleagues who respected each other’s work. It was not a personal relationship. When his dramatic fall made headlines—the ugly videos, followed by his being fired, correctly, from Dior—I felt the call to write about how he could have arrived at such a point. He and I communicated through a trusted intermediary. And Graydon [Carter] made contact with John via the same intermediary, soon after he got to rehab. John said that when he was ready he wanted to do the piece with us at Vanity Fair. He was true to his word.

Why did it matter to you?
It seemed to us that, under the right circumstances, which meant no barriers or things that could not be asked, that the only way to really understand how these truly unacceptable words could have come out of John’s mouth was to talk to John and the closest people he had in his life at work and at play. I’m lucky to have Graydon Carter as my editor in chief. What was wonderful throughout the entire process was his position that this is a story that really, really matters on so many levels and that nobody was in a hurry here. You can’t hurry something like this until everyone is ready.

Any conditions once he was finally ready?
None. We spent many days together. There were no limits on the length of time of our meetings. There were no restrictions on our conversation. Frankly had there been, I would not have been able to do it. You don’t know where a conversation is going to go about a subject that is this profound and this painful for so many people, including John. That is the only way I could have done it.

Did you have any trepidations?
On the first day I remember going to the street where he lives in Paris. I didn’t know at the time that no journalist had ever been to his home.  I was told that afterwards. He had always kept it incredibly private. I remember being stunned because right there on the corner is the bar where it all happened. It had never occurred to me that he would put himself in that position. He still lives on the street where this truly unacceptable series of events happened. Once he became sober and started to live a sober life, everyday he has to walk by the place where these words came out. And I thought, my goodness. I remember pressing his buzzer and being buzzed in and thinking, we have to create the record now from both sides. The only record that existed up until then was from the outside.

How many days did you spend with him?
It was over the course of a week and often the visits were many hours. Then after that we sent emails to each other because, of course, the work wasn’t over after that. Long emails. You know, I have files that are not quite as tall as me of all our correspondences and my correspondences with many other people. As you know in the piece I quote many people. It’s a broad range. Each of those people I interviewed, I didn’t just call and spend a few minutes with them. For example, the Rabbi in London who I went to see, I interviewed him for several hours. This happened in many of the cases. There were also people who were critical for the piece who were interviewed for background who are not directly quoted.

What surprised you about John after spending so much time with him?
I didn’t have any expectations. Over the years I have learned that when you go in there, get rid of your expectations. That’s really going to let you write the best story. What I found was the story began when he was a little boy, when he was much, much younger. All that stuff is in the piece so I don’t want to repeat it. But the story began when John Galliano was 6-years-old.

What was the most difficult question to ask him?
A lot was difficult because these are very, very painful words that came out of his mouth. For those of us who saw them and heard them, it was very painful. For him, this entire experience has been endlessly painful. A lot of what went on between us was painful.

It seems like public opinion is going in his favor after all this time.
Time helps all of us, whether it’s the subject, the audience, or just time to think through things. Time gives us the opportunity for reflection. Which is why we have immediate reactions and long term reactions. The public’s reaction is of course very dependent on what John himself has done and said. If you’re dealing with someone who does something and then the next day they are doing an interview on TV, it’s pretty clear what is going on: the person wants their sponsorship back. I’ve learned over the years to deeply trust the public’s reactions.

Not including the research, how much time did you spend working on this piece?
It had to be done for the June issue. It probably took 8 plus weeks to write it. But once we started, I’d work till 12 a.m. or 1 a.m. and then I would go to bed, and the last few weeks I found find myself waking up every morning no later than 5 a.m. It was literally waking me up. Then I worked straight through until I couldn’t type anymore.

Was it essential for you to include that you were Jewish in the piece?
The piece had its own rhythms and I didn’t have a plan or not have a plan about saying that I was Jewish. There I was, right near the end, and it felt right to include it. I didn’t plan it. After writing for many years, you learn to trust where a piece takes you. When you do the research, the interviews, you go in with an open mind, and let yourself go where you need to go. I found myself saying that I was Jewish. That’s where the piece took me. I realized that at that spot, I owed it to the reader. Then the reader can decide what to do with it. They can weigh my words and the context.

What was the gist of those letters?
People seem to have found the piece extremely moving and they have been very touched by it, and very open to it and appreciative of it. As writers we live for that. As writers we live for places that will give us a home for the subjects that we care deeply about. I’m really lucky to have that home with Vanity Fair.

Why do you think people trust you?
I try to earn it.

Was there anybody that didn’t want to participate in the piece?
No. Not one. I had a personal wish list of people who I thought would be the right people to speak with and I have to tell you that every single person I asked to speak with spoke with me, including quite a lot off the record. At a certain point, as the deadline was looming closer and closer, the piles of transcripts were growing.  As it was getting closer and I was having to get it all transcribed, I was like, someone say no!

What do you think John will do?
My hunch is, as John continues to do the work on his sobriety, he will move on to what he has done his entire life, which is to try and find the right context in which he can express himself creatively. I was very careful not to say what I thought that context should be. There are many ways to express yourself creatively. Again, my job as a writer is to watch and follow what happens, not to tell people what should happen.

Charlie Rose also interviewed John. Was there anything he asked John that you wished you had?
Nope.

On a lighter note, tell me about your new family member…
Our beloved cat Cassidy died when he was almost 18, and we were bereft. But now we have this new little Persian cat, Cody, who we have fallen for. He looks like a toasted marshmallow.

Did you know Kathie Lee Gifford has two children named Cody and Cassidy?
No! Do they have tails?

I’ll have to get back to you on that. Has Cody met Karl Lagerfeld’s cat Choupette?
They write to each other. And they have tiny, tiny little iPads which they paw. They send each other photos of their dinner. I’m teasing you. They send messages through their doting parents, Sandy, me, and papa Karl.

What a life you lead!
We’re lucky, you know. It’s an amazing world we have all found ourselves in.