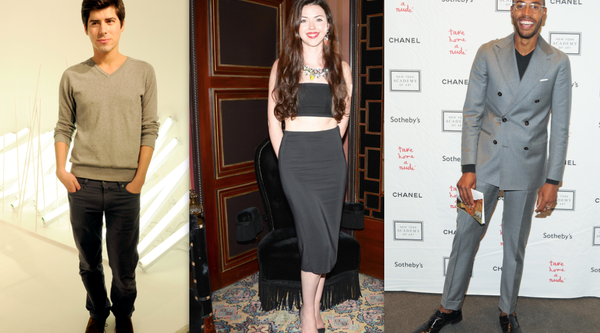 (NEW YORK) Fashion Group International has announced its Rising Star Awards finalists. Last year’s nominees included names like Rolando Santana and Giovanna Randall for women’s ready-to-wear and Tim Coppens and Todd Snyder for menswear, to name a few. So, did your most beloved young designers make it to the last round?

This year in the women’s ready-to-wear category are Marissa Webb, Frank Tell, Nary Manivong, Tanya Taylor, Vengsarkar Budhu of Gavaskar, Julie and Jason Alkire of Haus Alkire, Charles Harbison of Harbison, and Giovanna Randall of Honor. Meanwhile, Kerby Jean-Raymond of Pyer Moss, Ian Velardi, Ernest Sabine of Ernest Alexander, and Matthew Orley, Alex Orley, and Samantha Florence of Orley were named in the menswear category, according to WWD.

Retailers in the running to nab an FGI include Rachel Shechtman of Story in New York’s Chelsea nabe, Katie Finnegan and Erica Bell of the free digital shopping tool Hukkster, and fashionista turned cake guru Charlotte Neuville of The Fashion Chef.

There were plenty of beauty and fragrance honors to go around with recognition in the corporate category going to Eileen Ahasic of Estée Lauder, Jean Michel Karam of IOMA Paris, Ruhi Patil of International Flavors & Fragrances, and Sara Zucker of Nars. As for the entrepreneurs in this category? Brian Wolk and Claude Morais of Ruffian Beauty, Nathan Motylinski of Le Cherche Midi, Tony Perez and Meredith Waga of Belle Fleur, and Kelly Podorsek of Kelly & Jones are up for awards.

Roberto Cavalli Doing What He Does Best For Spring 2014