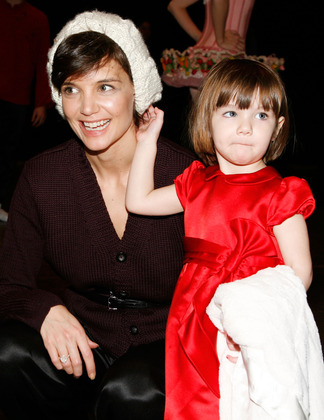 Hate to start the week off with such whompy news, but a spokesperson for Katie Holmes has told Vogue UK that a clothing line for daughter Suri Cruise is “100 percent” false. Say it ain’t so. Last week The Sun reported that the little cutie was working on a new line called Suri to be sold in unnamed department stores before taking over the world, but alas…one of their writers was just having a little fun with us. But isn’t it just a matter of time?