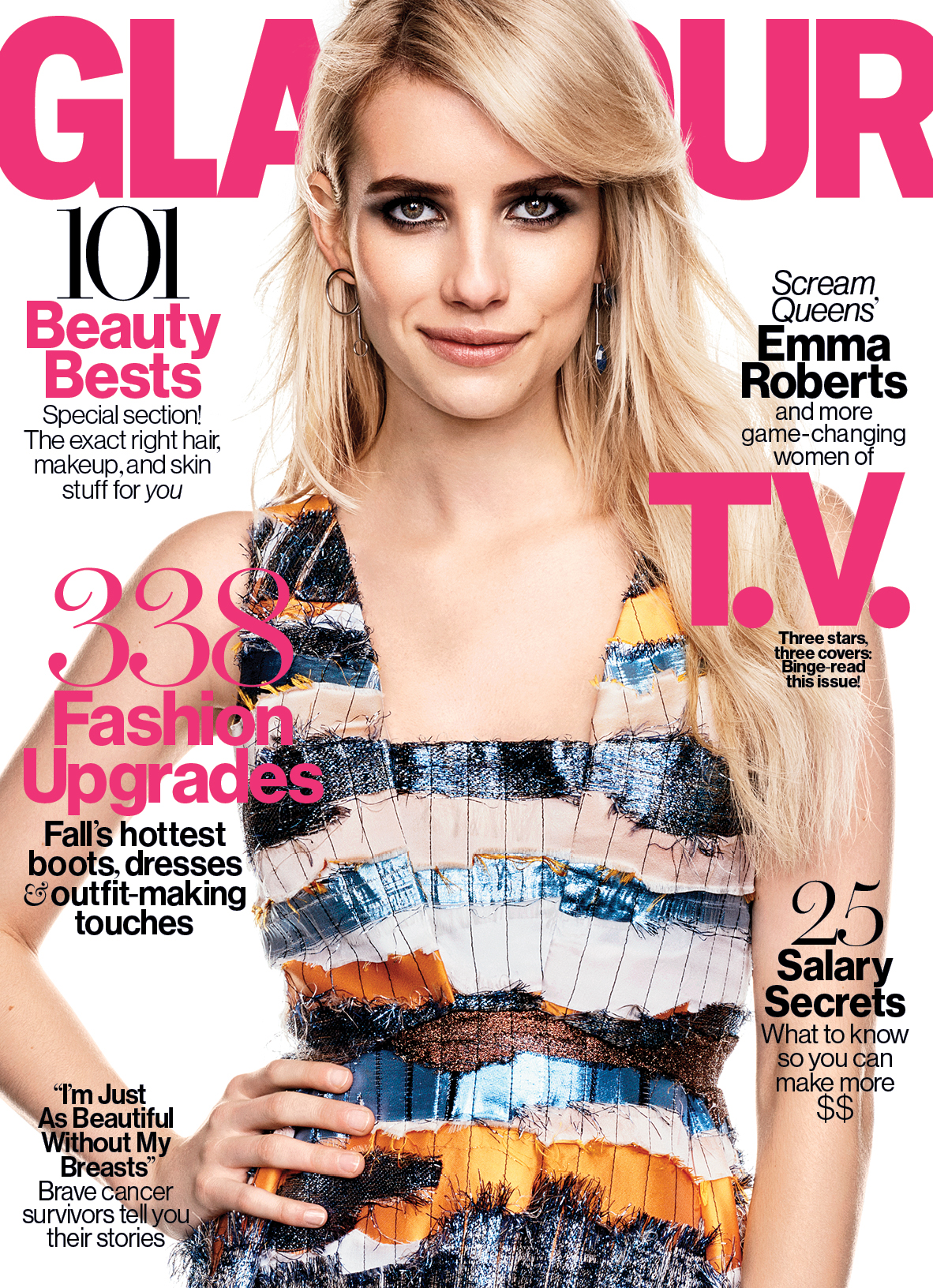 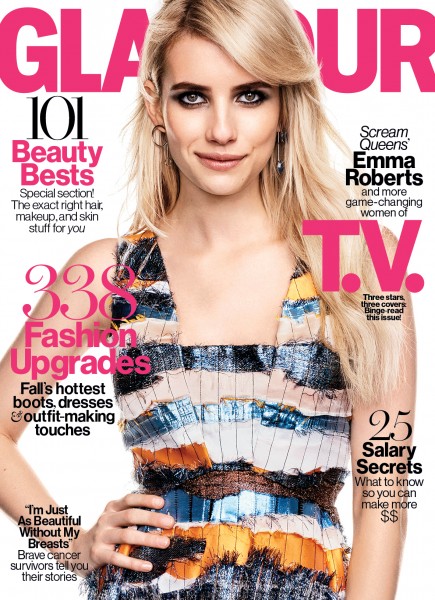 Taraji P. Henson (the Emmy-nominated force behind Cookie Lyon on Empire), Gina Rodriguez (the star of Jane the Virgin) and Emma Roberts (on the show that everyone you know will soon be talking about, Scream Queens) are representing the best in TV and its fierce female protagonists as Glamour’s October cover stars, respectively. The issue is dedicated to the game-changing femmes of television, according to the press release, to demonstrate why “smart actresses in smart roles win every time.” Seriously—ambitious actresses are more likely to find a real, fleshed-out role on TV than in movies: 42 percent of all major characters on TV in 2013 and 2014 were female, according to the Center for the Study of Women in Television and Film at San Diego State University. To give some insight into how women are making industry strides, the glossy’s gorgeous cover stars dish on the most buzzed-about fall shows and their lives on and off set, plus more. 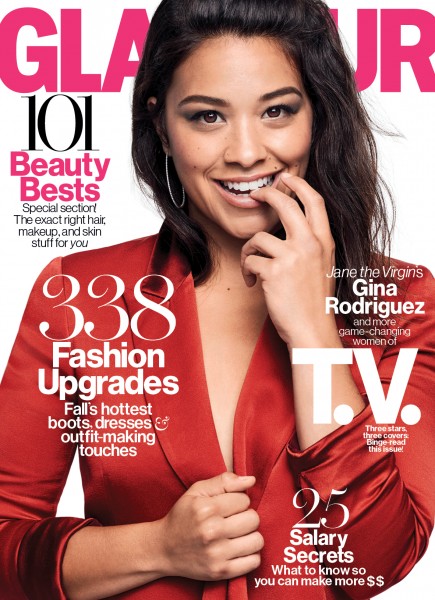 Here are some of our favorite quotes from the interview, which is available now digitally, and will hit national newsstands September 15th. 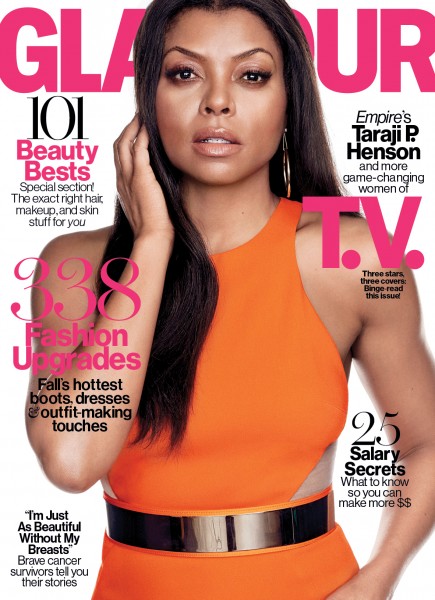 Henson on why people connect so strongly to Cookie: “She is everybody’s alter ego. She crosses cultures. [Last year] we went to Paris and screened the pilot for a thousand people. Lee Daniels [the series’ co-creator] brought me onstage. The audience stood up on their feet and clapped. I cried because, for so long in Hollywood, I’ve been told that black women don’t do well overseas, that they can’t open a film overseas. That moment for me was the best moment of my life. That’s better than any trophy, any award, any nomination. You know how they say music can heal the world? I feel that way about art in general.”

Rodriguez on how Jane the Virgin has changed the game for Latinos in Hollywood: “People say this is a Latino show. But this is just a show that happens to have people with ancestors who come from other countries. None of us wants to be defined anymore. We’re human, dude. I feel like I was meant to do something—and nothing about me, genetically, is gonna stop me from doing that. Jane feels the same way.”

Roberts on what made her want to get into the business early: “My mom and I would stay with my Aunt Julia when I was really young, so I grew up on sets. I just found this old Polaroid of me on the set of Erin Brockovich, in one of my Aunt Julia’s super-padded dresses from the movie, with the biggest smile on my face. I’d cry when I had to leave. I loved that it felt like camp.”

Henson on racial progress in Hollywood: “I think we are making strides in Hollywood. It’s the world that I’m more concerned about…. My son grew up in a pretty much all-white situation and went to the best of schools. I saw the change when he got older and started to get that life is different for him [as a black male]. He came home crying, like, ‘Why do white people hate us? Why can’t we fix this?’ This can be fixed. I’m gonna try my best to make change.”

Rodriguez on what Jane has taught her: “She’s taught me that you can be many different things at once. Yeah, she doesn’t have sex, but she’s not uncool. She ain’t two pounds, but she’s sexy. And playing a character who realizes she has no control over her future helped me understand my journey. I didn’t get discovered right out of college [Rodriguez studied drama at New York University] the way I thought I was going to. It was like, ‘OK, this dream isn’t looking the way I thought it was going to look.’ I had to learn to let go and have faith.”

Roberts on transitioning from teen roles to adult projects: “I think it happened naturally. Instead of trying to be like, ‘Look how mature I am—I’m going to take off my clothes!’ I pick roles based on what I love. I’m not picking roles based on what’s going to prove to people that I’m older.”

The Daily Roundup: Where Is Tom Ford?, Hermès Launches Site for Men’s Universe

Julia Roberts on That Time She Got...

Tiffany Haddish Opens Up About Her Personal...