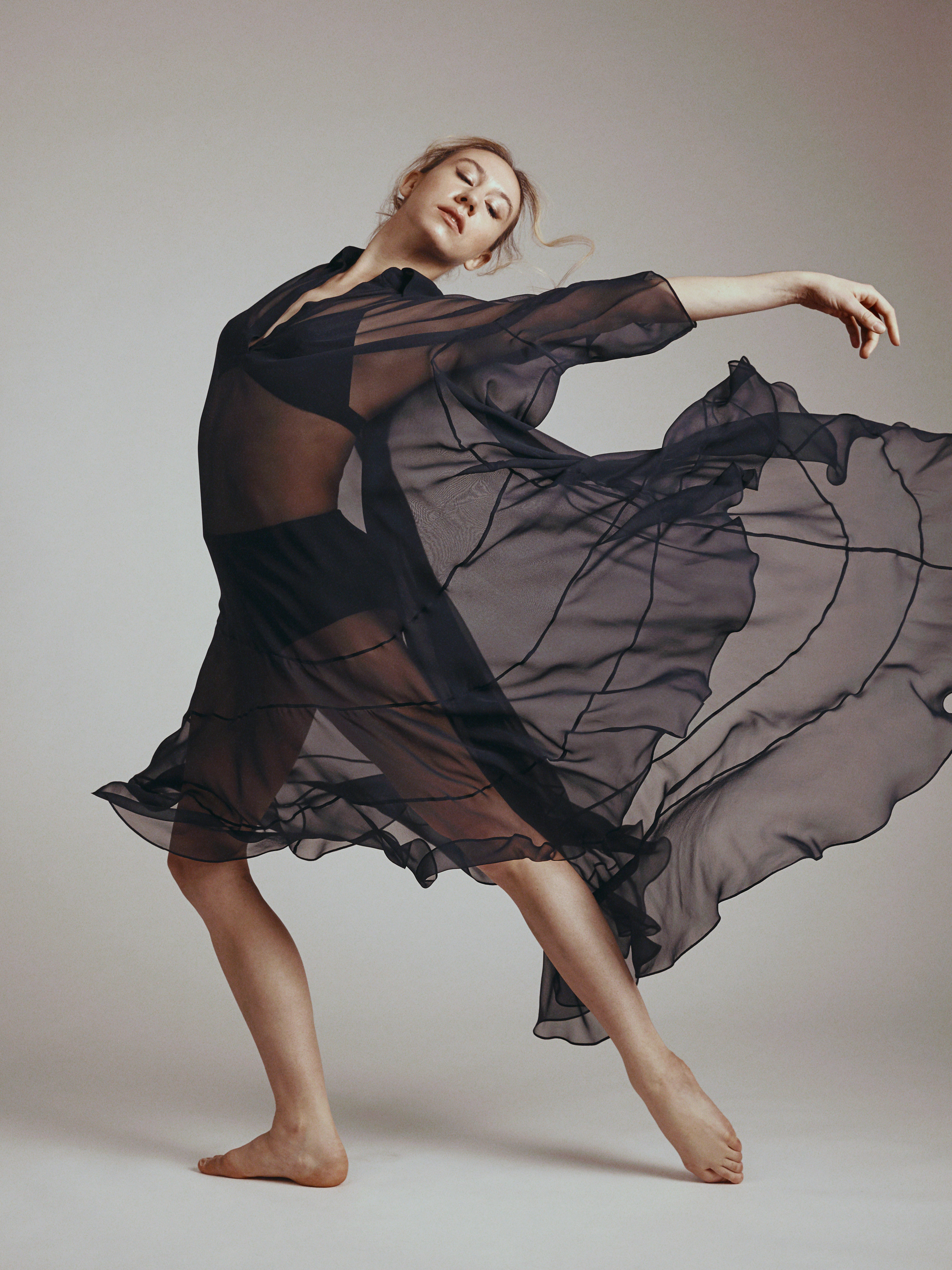 When art meets art meets art…Designer Valentina Kova teamed up with Paper Fashion artist Katie Rodgers and American Ballet Theater principal dancer Isabella Boylston for a campaign that embraces the mystery of artistry. Kova refers to Italian Renaissance writer Castiglione’s reference to “sprezzatura,” or “to practice in all things a certain nonchalance, which conceals all artistry and makes whatever one says or does seem uncontrived and effortless.”

As part of the campaign, Kova commissioned a video, which features an aria sung by Maria Callas as Boylston dances with apparent effortlessness while wearing Kova’s flowing, feminine designs. The collection was designed with a woman like Boylston in mind, and has a a season-less appeal with beachy silhouettes and a deep, moody palette. The video, which was released today, corresponds with ABT’s fall season kickoff and the relaunch of ValentinaKova.com.

“Dance has always been an important inspiration for me so it’s an incredible honor to have collaborated with Isabella, who is not only a dear friend but one of the most accomplished dancers in the world,” Kova told us. “And adding Katie Rodgers to the mix with her unique talent as a visual artist brought another dimension to the project. The three of us came up with something very special.” Indeed! See the campaign and watch the full video below.