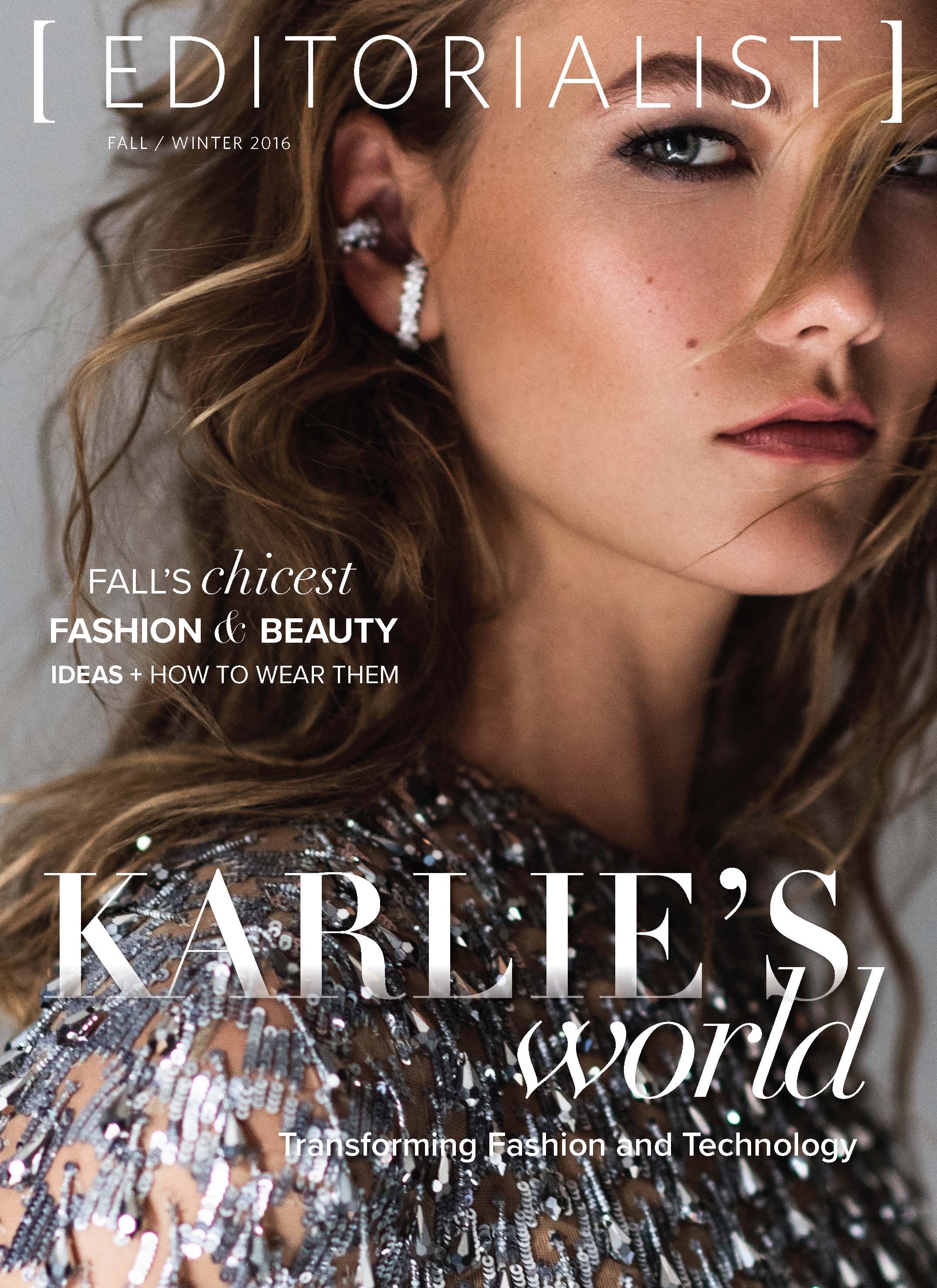 The Editorialist has exclusively revealed to The Daily its Fall 2016 issue featuring cover girl Karlie Kloss. The luxury e-commerce site and magazine has also announced Kate Lanphear‘s appointment as contributing editor. In quite a case of criss-crossing career paths, Lanphear worked with The Editorialist‘s founders, Kate Davidson Hudson and Stefania Allen, during her time as a style director at ELLE (back then, Hudson was the accessories director and Allen the senior accessories editor). Hudson and Lanphear also worked together at Harper’s Bazaar. Lanphear, who is known as much for her personal style as she is for her work at glossies such as ELLE and The New York Times’ T Magazine, shocked the fashion world back in 2014 when she took over the helm of men’s magazine, Maxim as editor-in-chief in 2014. For just over a year, Lanphear attempted to intellectualize the beer and babes mag but left the magazine in 2015 to embark on a freelance styling and consulting career. In her new role at The Editorialist, Lanphear will work on both the print publication and the digital destination.

Karlie Kloss was shot by famed photographer Gilles Bensimon in a series of stunning black and white portraits of the leggy supermodel. Kloss was chosen as cover girl for her scholarship fund Kode with Karlie, which helps young girls learn to build apps and engineer back-end software. “Compelled by her own curiosity, Kloss was acute enough to understand that the universal language of our time, the means by which we build, communicate and connect for the foreseeable future, is coding,” says Hudson in her editor letter. “As she puts it, everybody touches technology every single day, and it has transformed so many industries, yet so few people really know what coding is, much less how to do it.” The glossy also explores other aspects of the future of fashion, the industry topic du jour as it grapples with its rapidly changing (and rapidly digital) landscape. Mercifully, The Editorialist also has a sense of humor, asking tea-leaf reader Sema Bal to predicts what’s next for fashion and retail.

The new issue will hit newsstands on August 17th. In the meantime, check out Gilles Bensimon’s Kloss’ cover and editorial spread below and pick up a copy next week for the rest!

The Daily Roundup: Breaking! Arianna Huffington Steps Down, Kaia Gerber on Learning from the Best