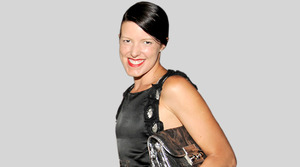 (NEW YORK) InStyle has found a successor for erstwhile style director Samira Nasr: the glossy is welcoming Melissa Rubini, formerly fashion director at Bullett and a longtime stylist. Rubini, a Brazilian-bred Parson’s grad, headed up the fashion department at Bullett starting in April 2012. Since 2005, Rubini has styled for Prada, spanning the gamut over the past eight years from women’s and men’s RTW to accoutrement, specs, and fragrance campaigns for the brand, plus videos to accompany the brand’s RTW ad campaigns. Additional freelance styling gigs under Rubini’s belt include a diverse glut of glossies such as Vogue, Teen Vogue, Harper’s Bazaar, Vogue Homme, Vogue Japan, Interview, Numero, and i-D.

Besides Prada, Rubini’s other stylist coups include Bergdorf Goodman (she styled ad campaigns and BG Magazine editorials for the luxe department store from 2006 to 2008), along with the likes of Miu Miu and H&M. Rubini’s celeb editorial roster includes Scarlett Johansson, Elle Fanning, Blake Lively, Katie Holmes, Penelope Cruz, and Kirsten Dunst, along with lads like Michael Pitt, Clive Owen, and Alexander Skarsgard. Rubini has shot with acclaimed shutterbugs like Patrick Demarchelier, Terry Richardson, and Steven Meisel.

As for the proverbial shoes Rubini is filling? Nasr decamped from the Time Inc. magazine in late January to become fashion director at Elle, where she had freelance styled extensively prior to joining the mag’s masthead in November 2011. The Montreal native’s gigs prior to joining Elle include Vogue (assisting Grace Coddington), Vogue Spain, Vogue China, and Harper’s Bazaar.