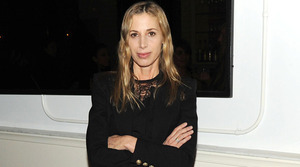 (NEW YORK) Haute media dish, just in time for NYFW! Harper’s Bazaar has snagged former Vogue style director Elissa Santisi to join the high-end Hearst fashion glossy as a contributing senior fashion editor. Santisi held the style director title at Vogue from 1998 to 2003, and has been a freelance contributing editor at the mag since. During her time at Vogue, she collaborated on shoots with photogs like Inez and Vinoodh, Alex Prager, and Terry Richardson and worked with art darlings like Nick Cave on culturally inspired shoots. For the past five years, Santisi has also been a freelance stylist. But Santisi will actually be returning to her old stomping ground by working with Glenda Bailey at Bazaar: she previously did a stint at the title in 1993 as a senior fashion editor, where she worked with other famed photogs like Patrick Demarchelier, Peter Lindbergh, and Raymond Meir. She has also done various freelance work for T, WSJ., and Vogue China.