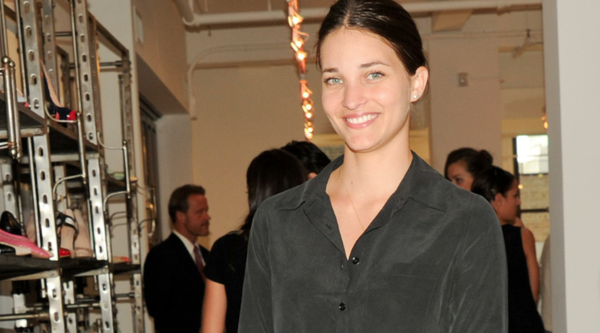 (NEW YORK) ELLE has plucked its next accoutrement aficionado from the halls of 4 Times Square: The Hearst mag snagged longtime Glamour editor Maria Dueñas Jacobs as its new accessories director, The Daily has exclusively learned. Dueñas Jacobs comes to the title after seven years at Glamour, where she’s most recently held the title of senior accessories editor. In March 2012, Dueñas Jacobs was promoted from accessories editor at the glossy. Prior to joining Glamour in 2006, Dueñas Jacobs dabbled beyond editorial—she’s done stints at PR Consulting and Proenza Schouler, and did freelance styling during her college coed years. (She’s got some chic genes as well: sister Bianca Dueñas is director of sales at Reed Krakoff, and formerly has worked at Vera Wang, Temperley London, and Prada.)

“We are thrilled that Maria will be joining ELLE and taking the helm of our accessories department: We wanted a strong editor with great enthusiasm for finding the most beautiful, exclusive pieces, while also being a team player well respected by her editorial peers and in the marketplace,” ELLE editor-in-chief Robbie Myers told The Daily via email. “Maria brings a critical eye and a depth and breadth of knowledge of the market honed from her many years of experience in the magazine and fashion industries.”

ELLE’s accessories department has been in a bit of flux since the fall departures of former accessories director Kate Davidson Hudson and senior accessories editor Stefania Allen; the duo rolled out their own accessories site, The Editorialist. Davidson Hudson bid adieu in September, officially finished her accessories director role at the end of October, and stayed on to freelance for a brief period, while Allen decamped in October, both “for personal reasons,” as Allen told The Daily back in March. In December, the mag brought on Harper’s Bazaar U.K. alum Carmen Borgonovo as consulting editor, a role which largely entails heading up the rebooted ELLE Accessories (concurrently, Lori Goldstein was added to the ELLE masthead as fashion editor-at-large).

Dueñas Jacobs’ first day at the Hearst Tower will be May 20.
ALEXANDRA ILYASHOV