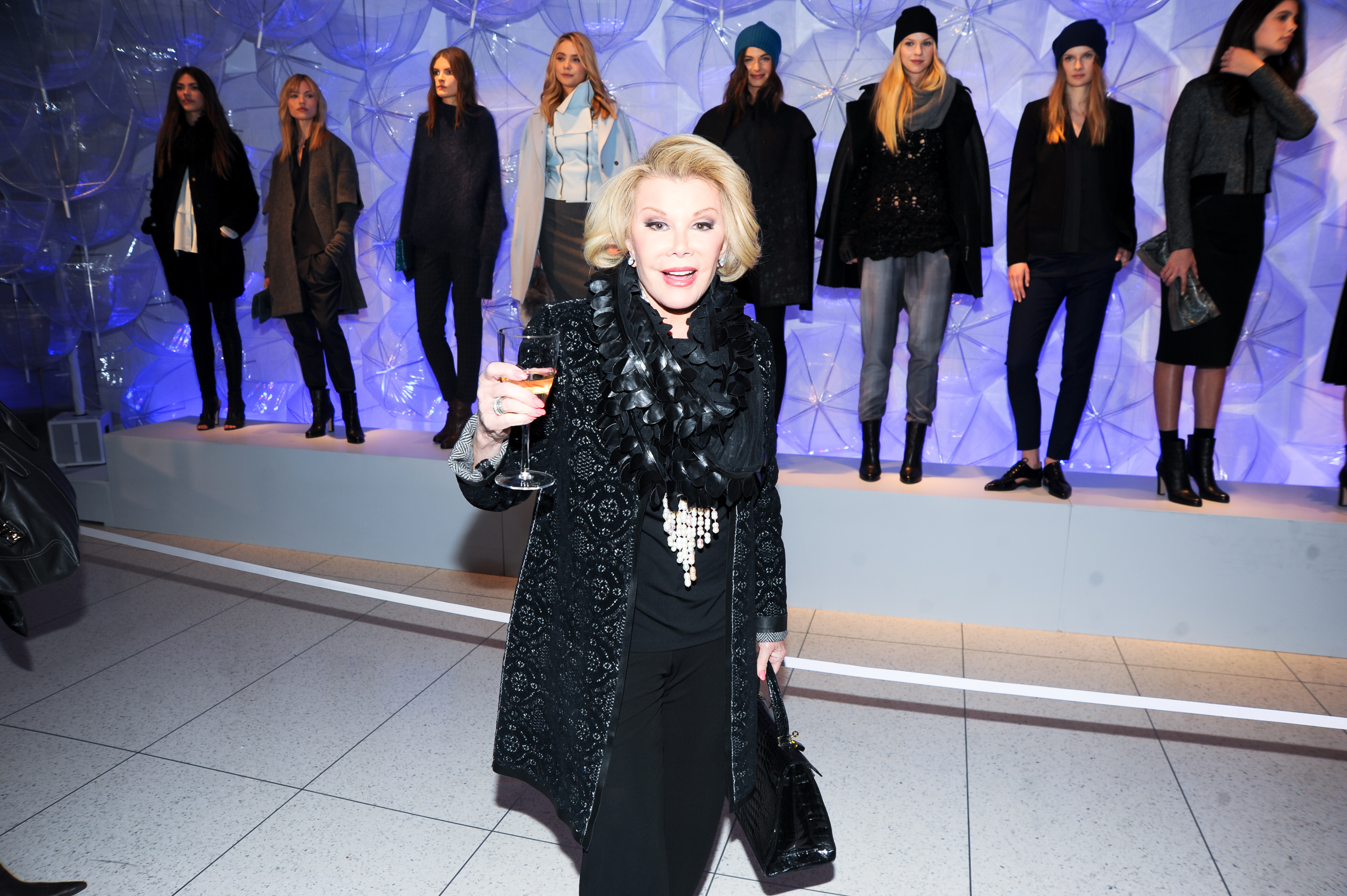 The industry was hit hard by the passing of Joan Rivers. How are our front row faves feeling about the loss?

Simon Doonan: I have many, many Joan Rivers memories. I’m very fortunate to have spent time with her over the years. I’m devastated that she’s gone. She’s a magical, amazing, creative force, and we’re all going to miss her.

André Leon Talley: Underneath that veneer, which was super, super layered, there was always a nice, elegant and well-dressed lady. She seemed to have wonderful values. She was the empress of mean, with elegance.

Susan Kaufman: I saw her speak at Time Inc. the night before she went into a coma, and she was so hysterically funny, warm, so alive, and so smart. She even mentioned how lucky she was that she hadn’t had anything major go wrong. She quoted Winston Churchill and said, “When you laugh, it’s like taking a mini vacation.” I walked out feeling great.

Fiona Byrne: I went to her house once for a party, and we were in her den and she came in and said, “This is where the hard liquor is,” and opened up a safe bookcase—there was a whole bar. She said, “Help yourself!”

Fern Mallis: She was the first person to put a mic into a celebrity’s face and say, “Who are you wearing?” Before Joan Rivers, the dialogue was always about the movie. Now, it’s all about the clothes.

Christian Siriano: To have a woman poke fun at your clothing and make it feel like an honor was amazing.

Brad Goreski: I had the opportunity to meet her when I did Fashion Police and of all the talk shows that I’ve done, I was most nervous to do that one. I wasn’t expecting her personality to be so kind and loving.

Steven Kolb: I saw her perform many, many times, and I met her in person. Once, at an event, Joan signed the tan Helmut Lang jacket I was wearing. I still have it!

Hamish Bowles: The last time I saw her perform was a year ago. She was trying out material, so she had all these sheets of paper on the floor. There were, like, Auschwitz jokes—I couldn’t believe where she was going! She was completely hysterical from beginning to end. She was a remarkable, truly astonishing entertainer. I remember going to her apartment once—it was very robber baron/Marie Antoinette.

Walk And Talk With Lily Donaldson

Izzy the Frenchie Has Become Izzy the...