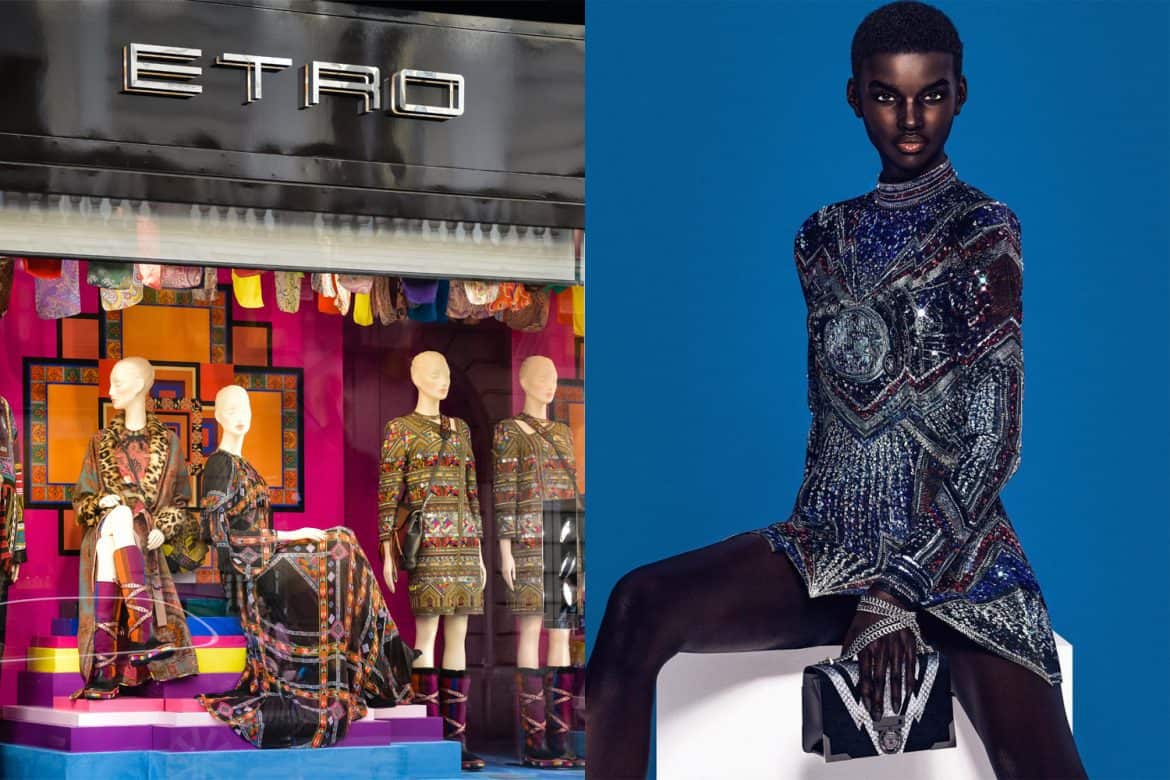 Etro Is Being Sued for Discrimination (New York Times)
Italian luxury house Etro is being sued by a former employee who claims the brand was firing people based on physical traits such as race, age, and appearance, as well as paying women less than men. Kim Weiner spent 25 years at the company, and claims she was let go for standing up to its discriminatory practices. “The complaint is replete with inaccuracies and misinformation and the company intends to defend itself vigorously,” a spokesperson for the brand told the New York Times. “[Etro] follows a policy of same pay for same work, on a non-discriminatory basis in terms of gender, race and age.” 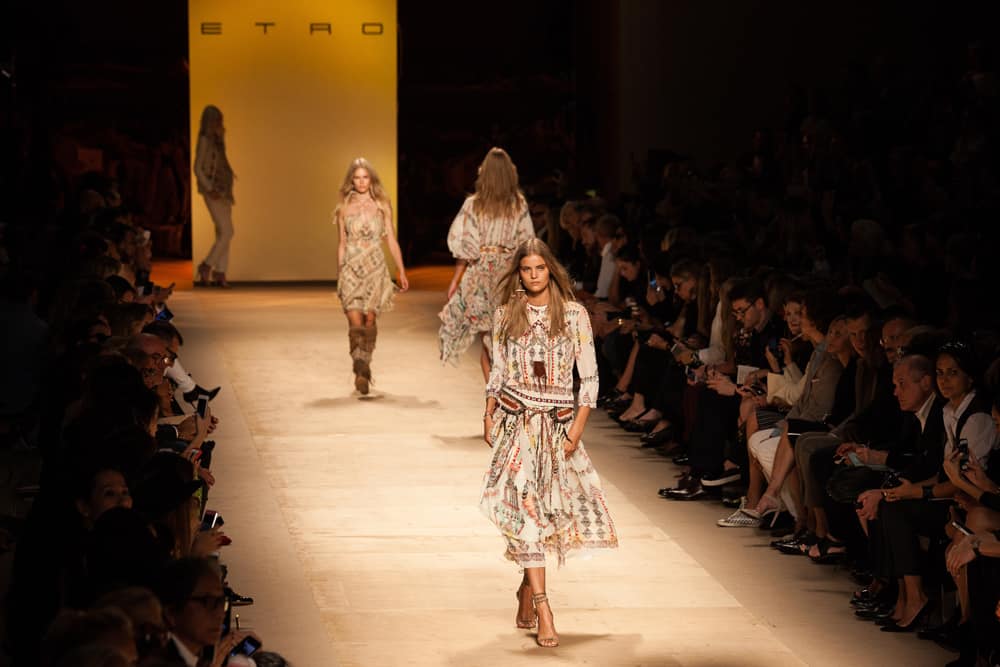 Balmain Casts Digital Models for New Campaign (Refinery 29)
Despite being known for having a loyal cadre of models that he has dubbed the “Balmain Army,” Olivier Rousteing has forgone his traditional casting choices, and instead opted for digital models. Yes, that’s right, the women who appear in Balmain’s latest campaign aren’t women at all — they’re CGI. The models were made in collaboration with Cameron James Wilson, the artist behind Shudu, the “world’s first digital supermodel.” Shudu appears in the campaign with two new “girls” each with their own name, personality, and sense of style. Could this be the future of advertising?

Thom Browne’s Newest Design Is a Hamburger (WWD)
To celebrate his new in-store concept installation at Barney’s, Thom Browne has crafted a burger for the department store’s restaurant, Fred’s. The burger apparently mimic’s classic fast food, and comes with fries as well as red, white, and blue condiments. “I wanted to do something truly American and I think as soon as people eat it, they will know exactly what I mean,” he said. The dish will be available during fashion week at Barney’s downtown location.

Farmland Continues to Expertly Troll Supreme (Dazed)
Earlier this week, Famland Foods made headlines when it called out Surpreme for using a graphic based on their logo. Now, the farmers, who clearly have a good sense of humor, have taken things up a notch. The food company has released a lookbook for a fake Farmland Foods x Supreme collaboration. We must say, they make a good case for a real-life collection, and considering the comments on the posts, Supreme might want to extend an olive branch.

Balenciaga’s Super-Layered Coats Go On Sale
The most discussed piece from Balenciaga’s Fall 2018 collection — the faux multi-layer coat — is finally available to purchase, for a cool $9000. Oh, the prices we’ll pay to look as though we actually know how to stylishly layer things! 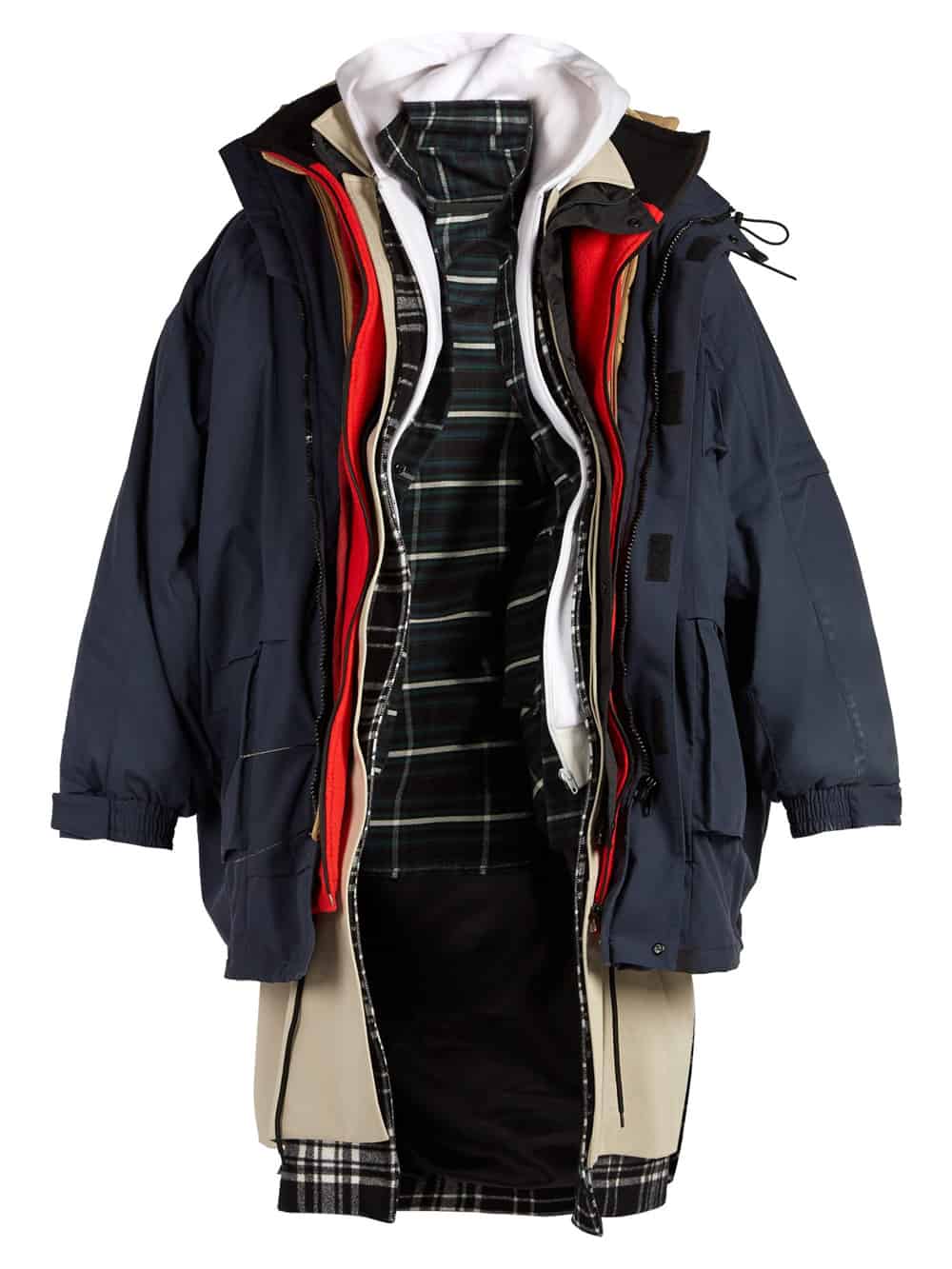 Bonvivants Is the Line Helping You Wear Your Favorite Emoji