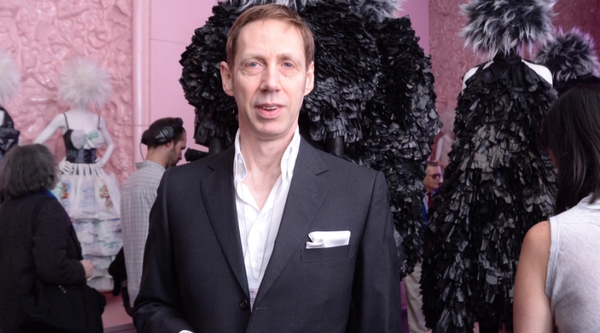 According to Thierry Gillier, a long time admirer of Wasson and founder of the brand, Erin was a natural choice, saying “she represents the same codes [as Zadig & Voltaire]: androgynous, rock ‘n’ roll, very sexy and feminine.” The ad campaign was shot in a Paris apartment in December 2010, overseen by Zadig & Voltaire Artistic Directors Cecilia Bonstrom and Carol Gerland. Gillier raved, “Erin was a pleasure to work with, very easy. She loves the brand! She was already a customer before becoming our muse. We chose an apartment that really represented her universe, we wanted her to feel completely at home.”

p>Wasson, who has already put her hand to design with collections for surf and skate brand RVCA and a jewelry collection Low Luv X Erin Wasson, will also be joining forces with Zadig & Voltaire to design a capsule collection, to be released for Fall Winter 2011-2012. According to Gillier, “the capsule collection will represent about twenty pieces. Very rock, with mesh, leather pants, jersey, colt leather jackets in black and white. No jewelry for the moment, but maybe later…” A launch event for the Erin Wasson capsule collection is also in the works, for later this year, in either Paris or New York.
D’ARCY FLUECK

Mommy & Me with Stacey Bendet: Mommy Must Haves