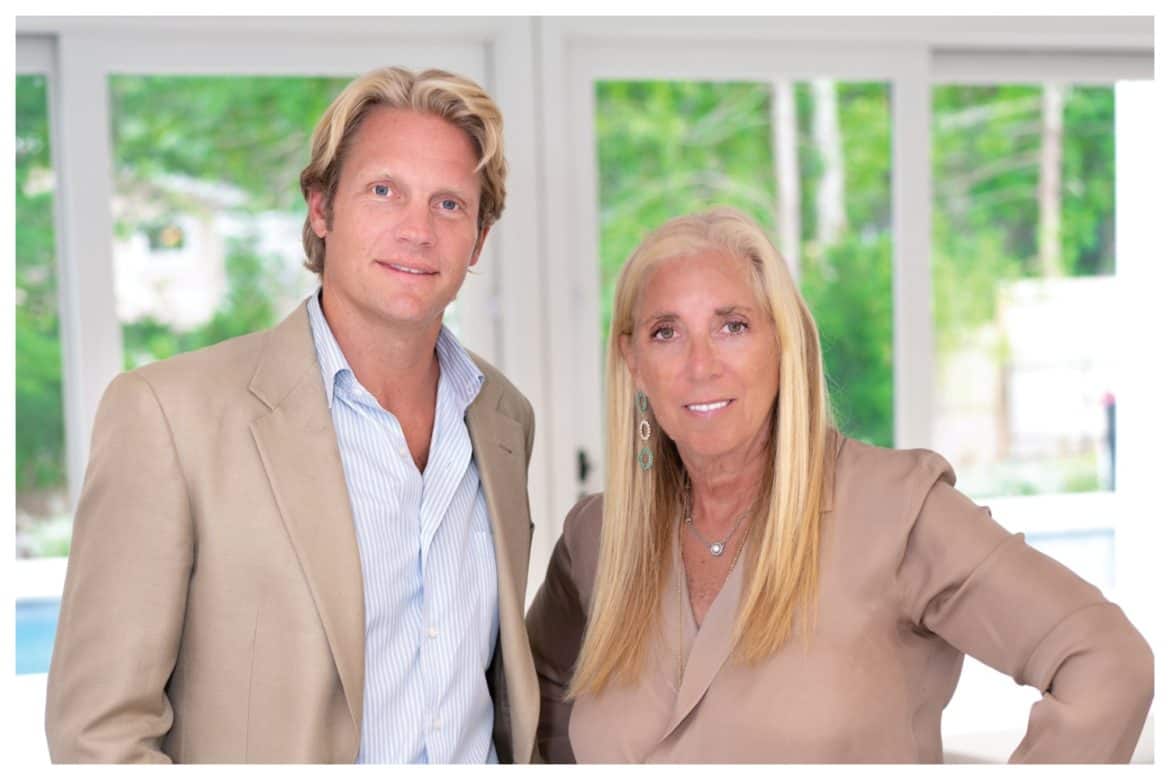 Elliman’s Kyle Rosko and Marcy Braun have a Montauk listing that doesn’t come along every day. The power team tells THE DAILY SUMMER about this magical $13 million oceanfront property.

Why has this Montauk property blown you away?
Marcy Braun: This property resonates with me. What comes to mind is the yin and yang of it—that on a sunny day, it represents paradise found, and then on that same day, depending on the weather and the elements surrounding it, it evokes peace and solitude and so many other emotions all in one home, all year long.That makes this a very special property.
Kyle Rosko: This house is so inspiring. I saw it about five years ago. I was introduced to the owner by a mutual friend, and he invited me over. It blew my mind. When you walk through the front door of this house, you’re looking at an infinity pool with an ocean horizon line that’s 180 degrees. From the moment you step through the glass entry, you walk through a wall of glass that looks to another wall of glass, all the way to the ocean. When I first saw the house I said, “This is absolutely the pinnacle of home building, of an experience that you can have in the Hamptons.”

That’s saying a lot!
Rosko: I grew up with my father working on all the biggest, most beautiful estates in Southampton by the ocean. This was just a whole other level. It inspired me.

What are the other things that make it special?
Braun: Most of the bedroom have spectacular water views. There are six bedrooms with six baths, with two half-baths. The upstairs master is by itself, and you have a den off of the master and then a beautiful roof deck with a fire pit, so you can have that privacy. It has an outdoor shower. It’s quite special.

It looks like an amazing house for entertaining as well.
Rosko: This house was built for a family that likes to entertain, and you could have 200 people on your front deck. It’s meant for an amazing experience. It has an indoor-outdoor flow to it. You feel like you’re oceanfront. You’re elevated 125 feet up, so the angle over the water is an amazing way to observe the ocean. 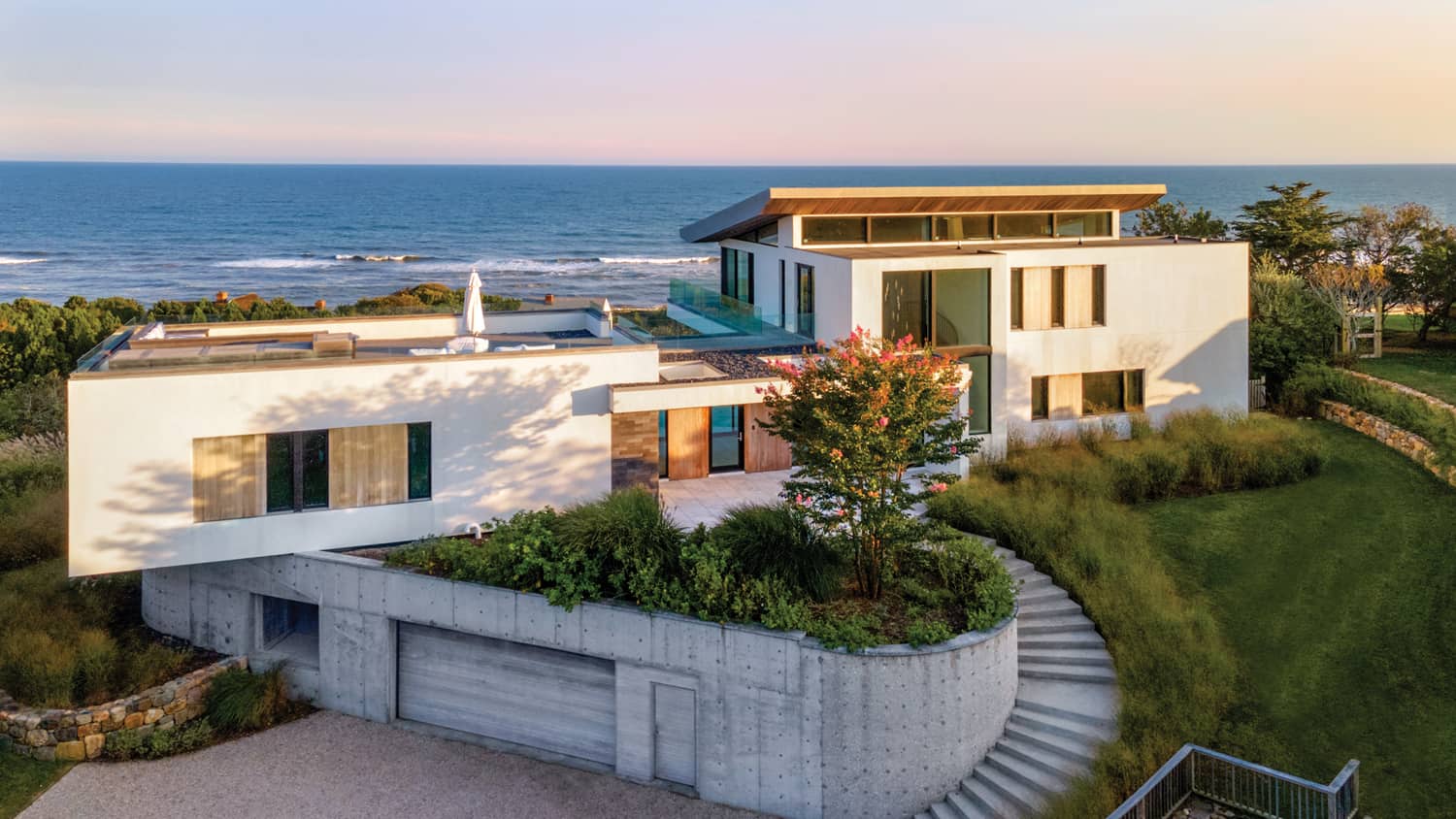 Who designed the house?
Rosko: The architect is Robert Young. He’s done quite a few projects in Montauk. This was actually one of his earlier projects, and it’s his most significant project, in my opinion. He has an interesting process. When the owners bought the property, he actually camped out for two weeks—physically on the land itself—to absorb every angle, every aspect of each element to really create a vantage point at every single opportunity for the build. That in itself is remarkable—to have somebody take that time and have his feet on the ground, living it to create. The house greets the sunrise. It’s been so well thought-out. It’s not your typical box. It actually has some curvature to it. It has some soft angles along with the angular, along with the square angles, which is unique.

What’s the neighborhood like?
Braun: It’s directly across the street from Gurney’s. You have restaurants, you have the beachfront. If you didn’t want to use all the facilities in your own home, you could join the spa across the street.

You can have Scarpetta every single day!
Rosko: Yeah! You can join the beach club/spa with a no-brainer lifestyle-wise. Ralph Lauren has four oceanfront properties directly across the street for his family. That’s just one of the neighbors. That in itself is a nice testament to the energy in this area. 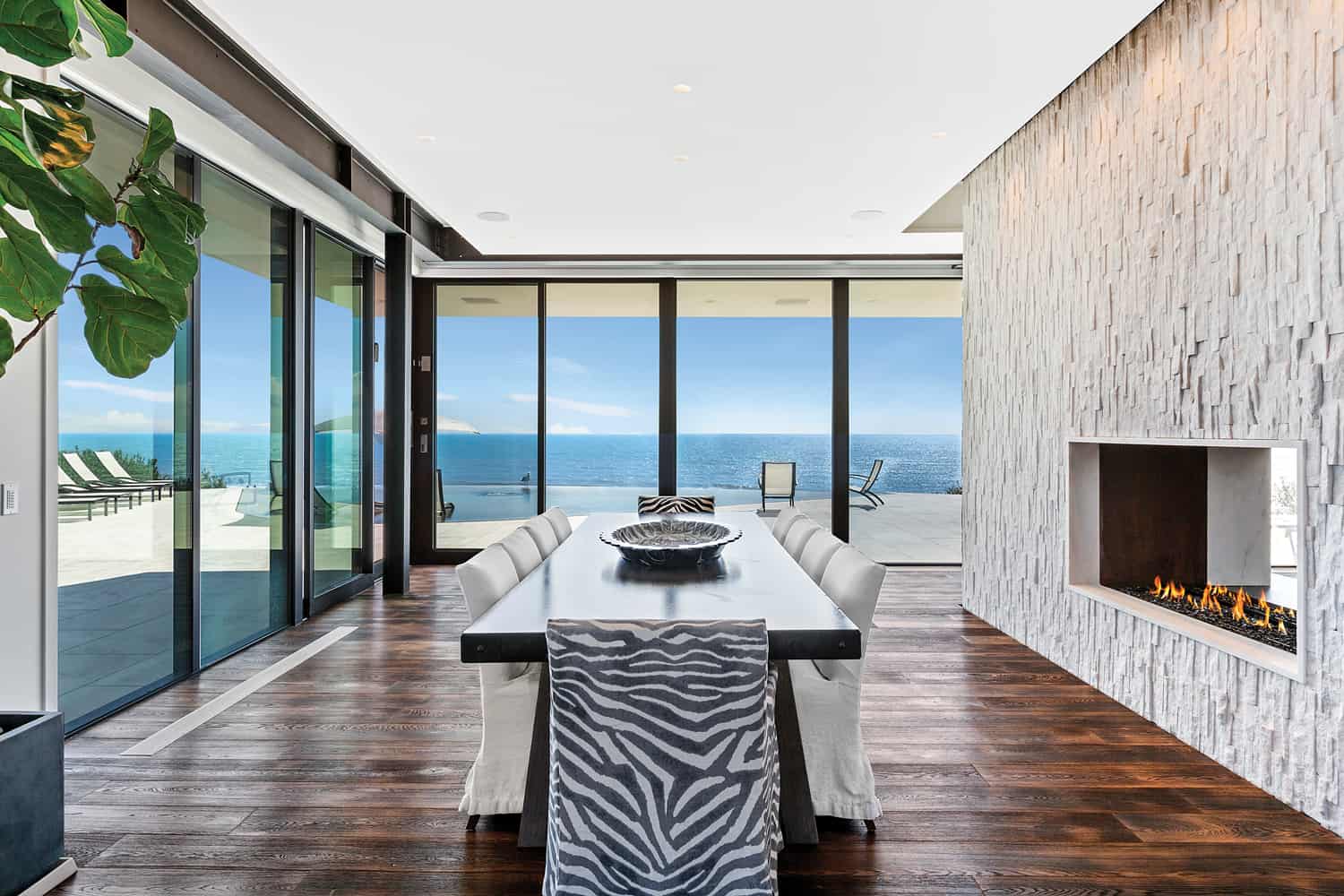 And we hear it’s environmentally friendly.
Rosko: The roof has a solar-powered station on it. It also is a geothermal-heated home. The amount of money that was spent to make it more efficient was over the top. It’s built at such a high level. There was not a single expense spared. The HVAC system in the house cost upward of $700,000 to install. It’s all custom. The grates on the each and every airconditioning and heating vent that comes out is a custom billet aluminum piece. Each individual light was embedded into the ceiling at a cost of $400 for each light. This is a house that has a high level of finish that you won’t see anywhere else.
Braun: As well as a high level in Internet access. He put a lot of money into that as well recently, so that there would be no issue for anyone who was working at home to be able to have access to the Internet. 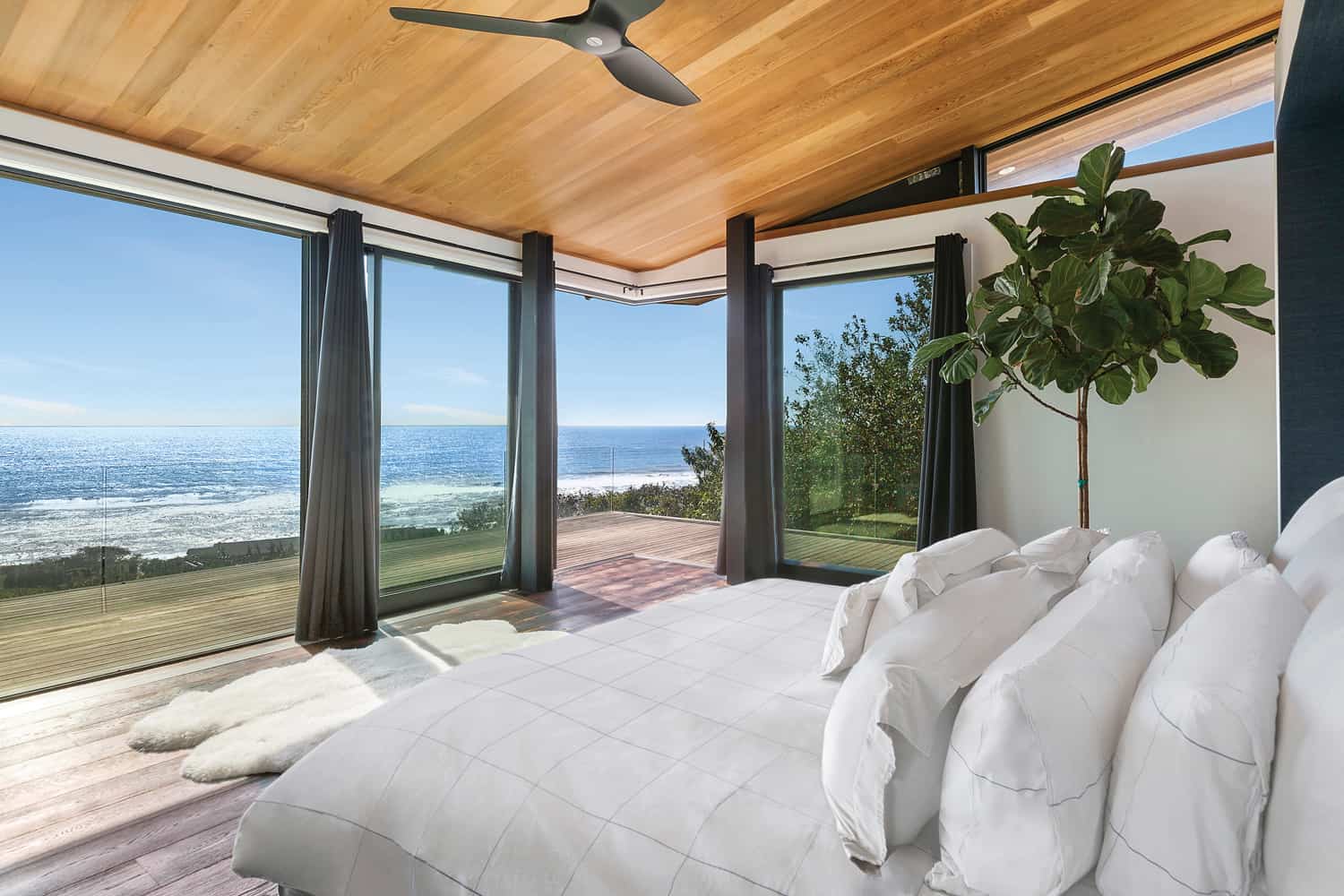 Tell us about some of the other properties that you’re working with.
Rosko: We have a pretty sexy new construction in Sag Harbor that’s listed at $5.5 million that is 9,500 square feet and was just completed. It’s got seven bedrooms, eight-and-a-half bathrooms, and it’s on almost two acres just outside of Sag Harbor. It’s an amazing property, a good value in the market at the moment, and I feel like that’s the next property to go. It just needs the right buyer to come in. The kitchen is to die for. You can have 40 people in the kitchen hanging out—that’s how grand it is. But if it’s just the two of us, it’s also comfortable.

What’s it like working with you two?
Braun: I think our buyers enjoy working with us. We bring a lot to the table for them as far as what they’re able to accomplish with each purchase. And we’re also honest and personable, so that helps.
Rosko: I don’t know anyone who will work harder for a client than Marcy. She gets them what she feels is best for them, and they feel like they want to achieve. Nobody goes further out of their way to go above and beyond, reach out to every single person, push and pull if you need, and not in an aggressive way.

Phoebe Philo Is Flying Solo! Here’s Everything We Know About The Designer’s New Brand

Red Soles Under The Stars! Inside The Chic Christian Louboutin Documentary Screening In Southampton