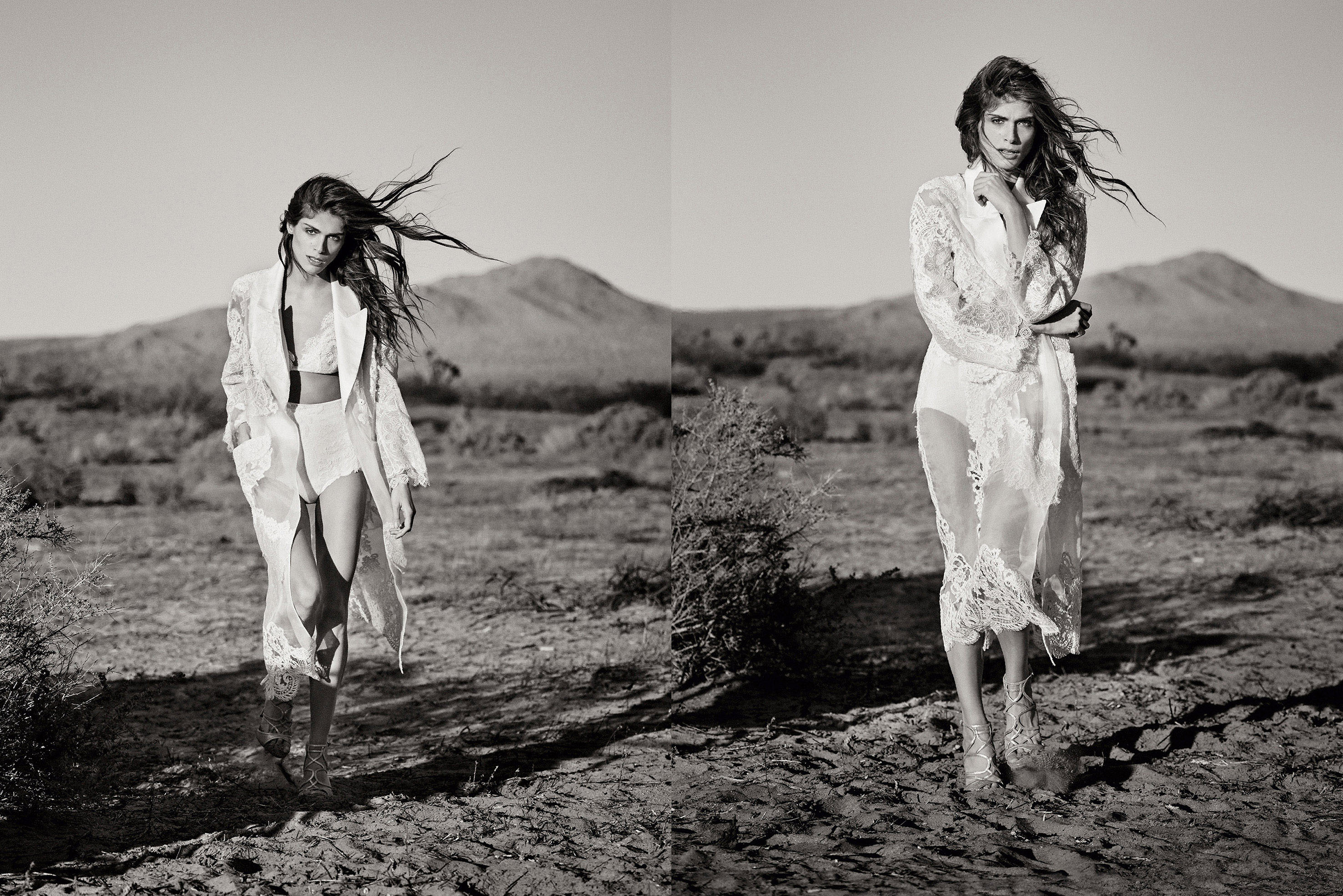 Elisa Sednaoui is the new face of Ermanno Scervino’s Spring/Summer 2016 ad campaign. The 28-year-old beauty, who is of Italian, Egyptian, and French descent, was shot by famed photographer Peter Lindbergh in the California desert just outside Los Angeles. The campaign took inspiration from Michelangelo Antonioni’s classic Zabriskie Point—a film that frequently serves as inspiration for the fashion industry.

“The sense of freedom is an extremely strong feeling in the desert,” said Ermanno Scervino. “The absence of obstacles as far as the eye can see is intoxicating. Elisa, dressed in white lace is a dream, a stimulus to look towards the future, towards new horizons.” Sednaoui has also appeared in campaigns for Roberto Cavalli, Giorgio Armani, and Chanel Eyewear. She also starred in Karl Lagerfeld’s short film Remember Now, which was made for Chanel’s Cruise Collection in 2010, where she starred opposite French actor Pascal Greggory. Her male counterpart for the Ermanno Scervino campaign is Alan Jouban, an American professional mixed martial artist. Prior to joining UFC [Ultimate Fighting Championship], Jouban was a professional model. Check out exclusive behind-the-scenes shots from the set, below.