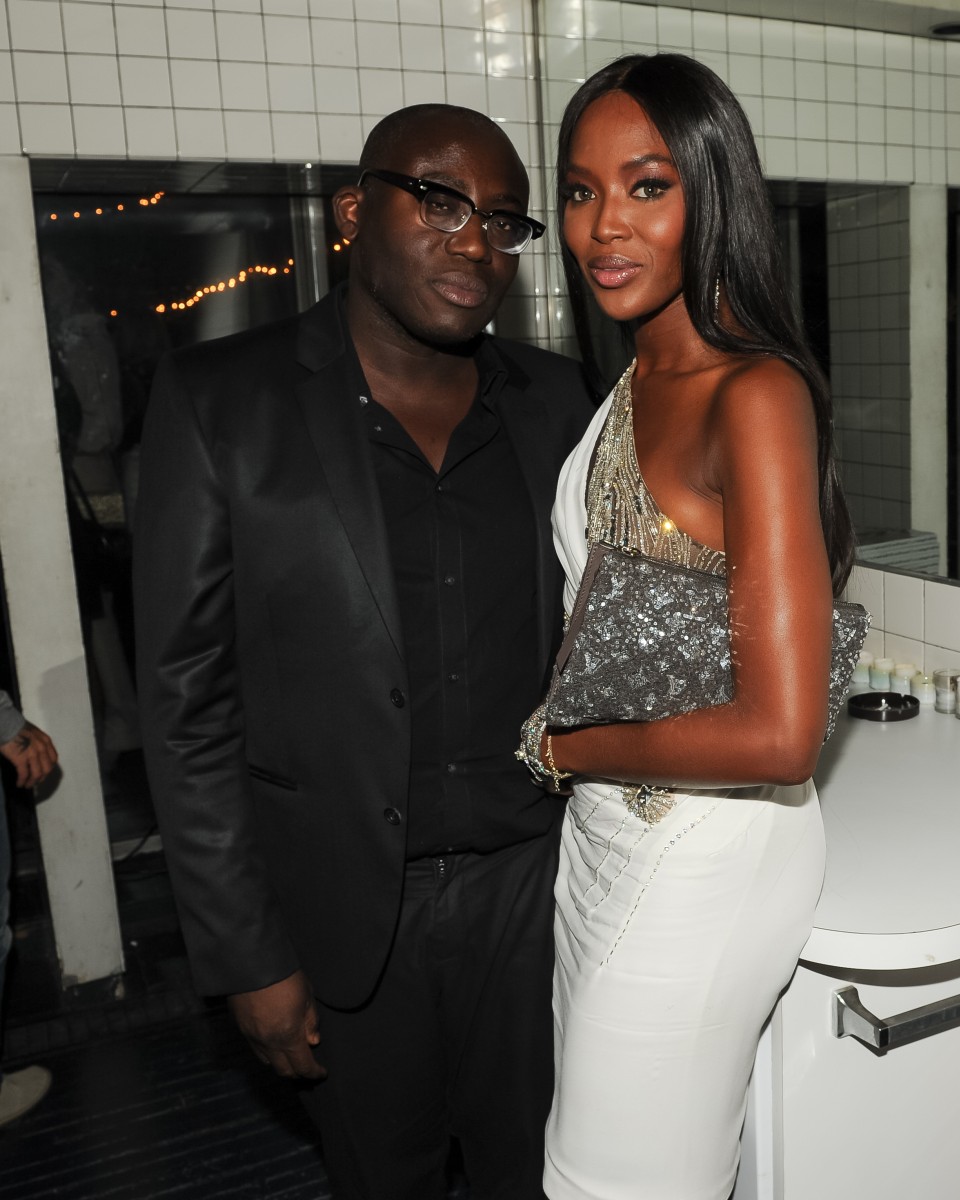 Now that the finalists for the British Fashion Awards have been announced, and speculation on who will win has begun, more details of the evening have been revealed. On December 1st, Edward Enninful will be scooping up an honor, as he is bestowed with the Isabella Blow Award for Fashion Creator. The award, named after the late icon, recognizes a stylist, make-up artist, photog, artist or producer, who also happens to be a Brit. Previous recipients include Lady Amanda Harlech, Sam Gainsbury, and Professor Louise Wilson. Additionally, WWD speculates that John Galliano will be making an appearance at the BFC award ceremony. He’ll be trekking to London from the Margiela HQ to present Anna Wintour with her Outstanding Achievement Award.

Enninful’s career started in 1991, when he was hired by i-D as the glossy’s fashion director. At the time, he was only 18 years old. Following that impressive gig, he was named contributing fashion editor at Vogue Italia in 1998 and then nabbed the same gig at Vogue in 2005. He’s now the fashion and style director at W, where he’s been since 2011. In addition to working with legendary photogs such as Craig McDean and Inez & Vinoodh, Enninful has styled runway shows and campaigns for the likes of Gucci, Dior, Versace, Lanvin, Fendi, and more. In a statement from the BFC, a slew of Enninful’s friends commented on this honor, including Net-A-Porter’s Natalie Massenet, Steven Klein, and i-D founders Terry and Tricia Jones. Even Naomi Campbell put in her two cents: “Edward is not only one of my dearest friends and brother, but he is also one of the most outstanding people I have ever had the pleasure of working with. His unique talent, drive and imagination are poured into his work, making him responsible for some of the most heart quickening imagery in the history of fashion.”