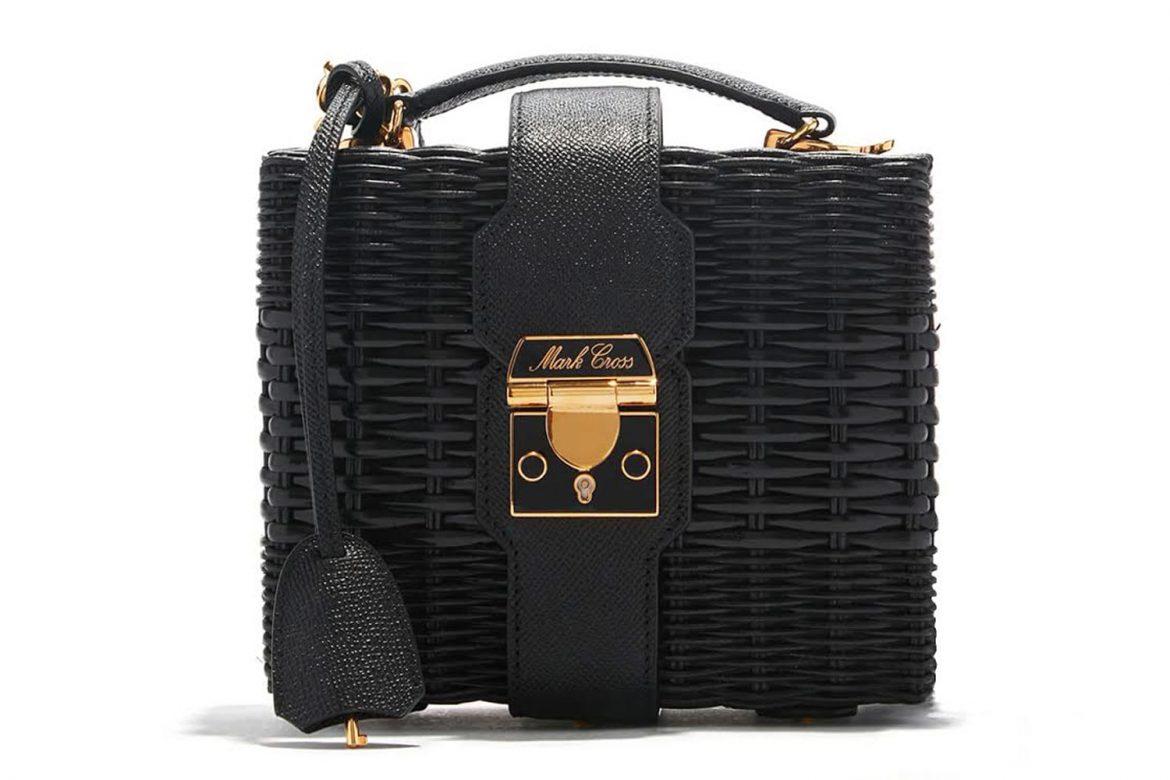 Who: Mark W. Cross & Co., as the company was originally known, was established in Boston in 1845 by Henry W. Cross, who affectionately named the company after his only son. The idea was to create fine leather goods for the horse-and-buggy set, but by the early 1900s the Mark Cross grew into a full-blown luxury goods company with stores in New York and London.

By 1934 Gerald Murphy was in charge of things, having taken over the business from his father Patrick, who bought the company from the Cross family at the end of the previous century. Under Murphy’s leadership the company expanded their offerings to include luggage, cigarette cases, and evening bags. They even managed to break into showbiz. 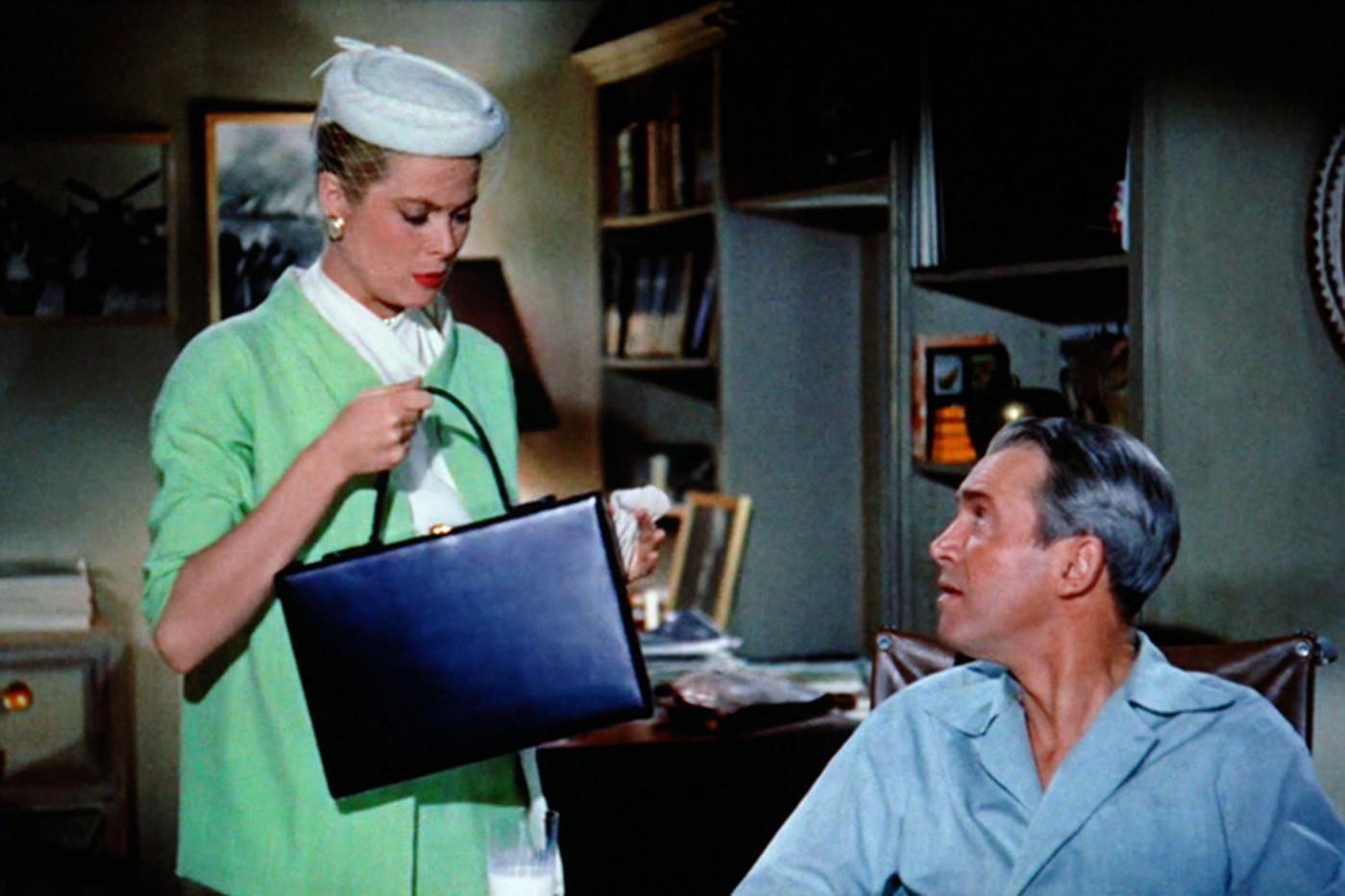 The company closed its doors in the 1990s, but was resurrected in 2011, taking design inspiration from its vast archives and working with the same Italian factories that produced its celebrated originals way back when.

Why: Rattan bags are a huge trend this season. HUGE! But even the chicest of them can start to look a little like picnic baskets when executed in traditional shades of brown and tan. That’s what makes this all-black version from Mark Cross so perfect — it’s on-trend, but versatile and sophisticated enough that you can keep using it long after the whole rattan thing has run its course. And at seven inches wide and just five and a half inches tall, it’s just. So. CUTE! 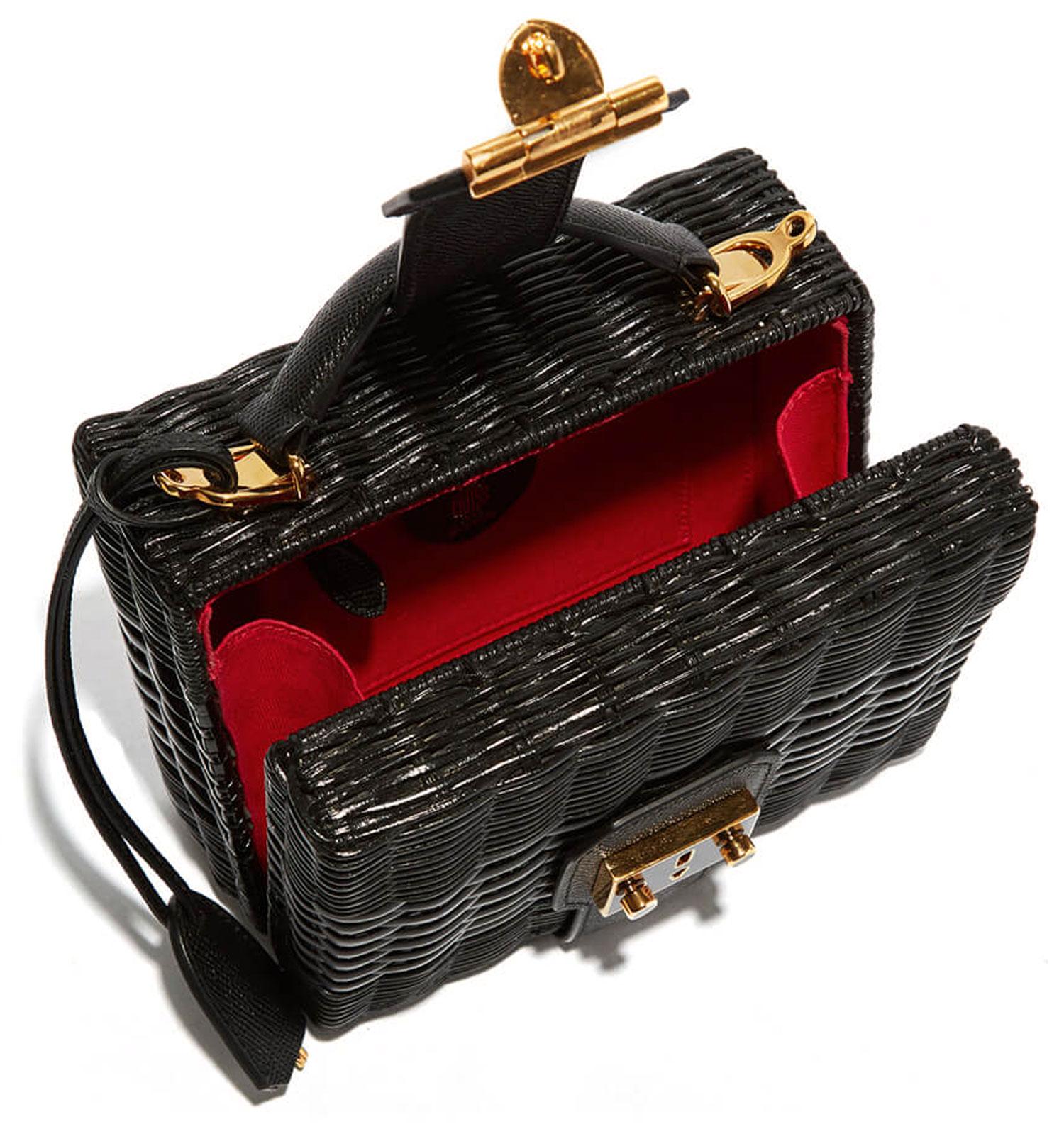 Where: Available for pre-order now at Markcross.com.