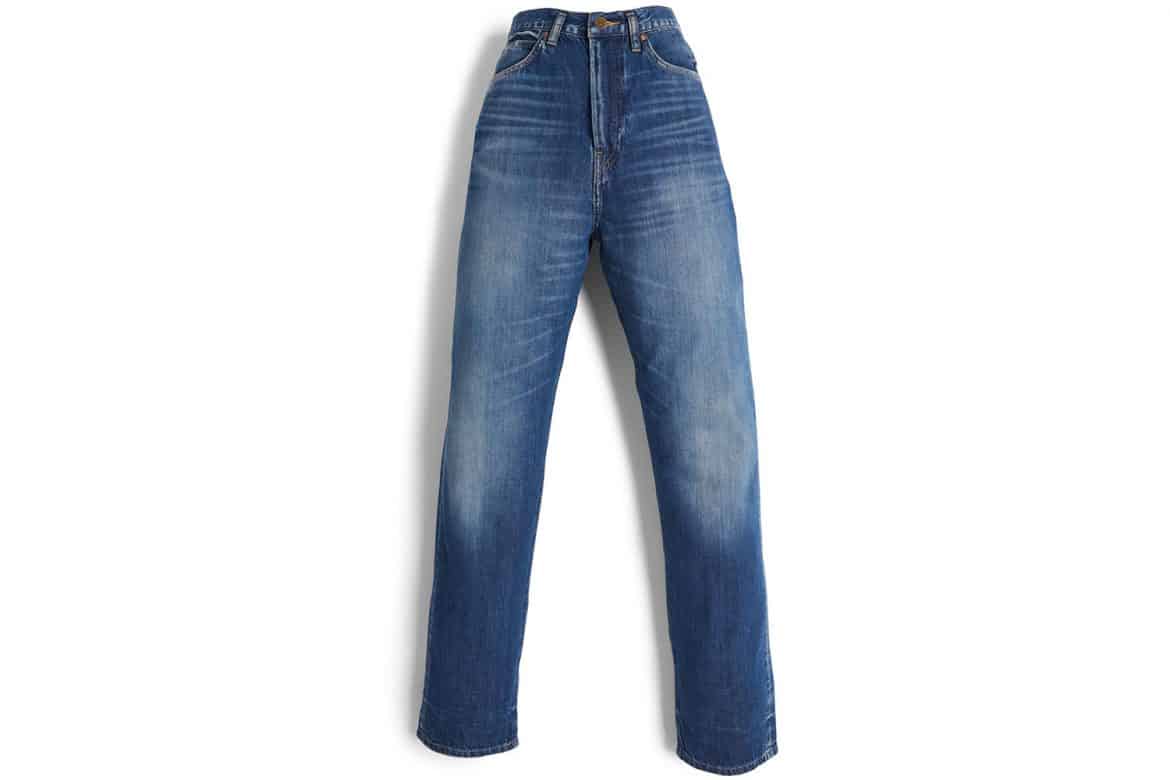 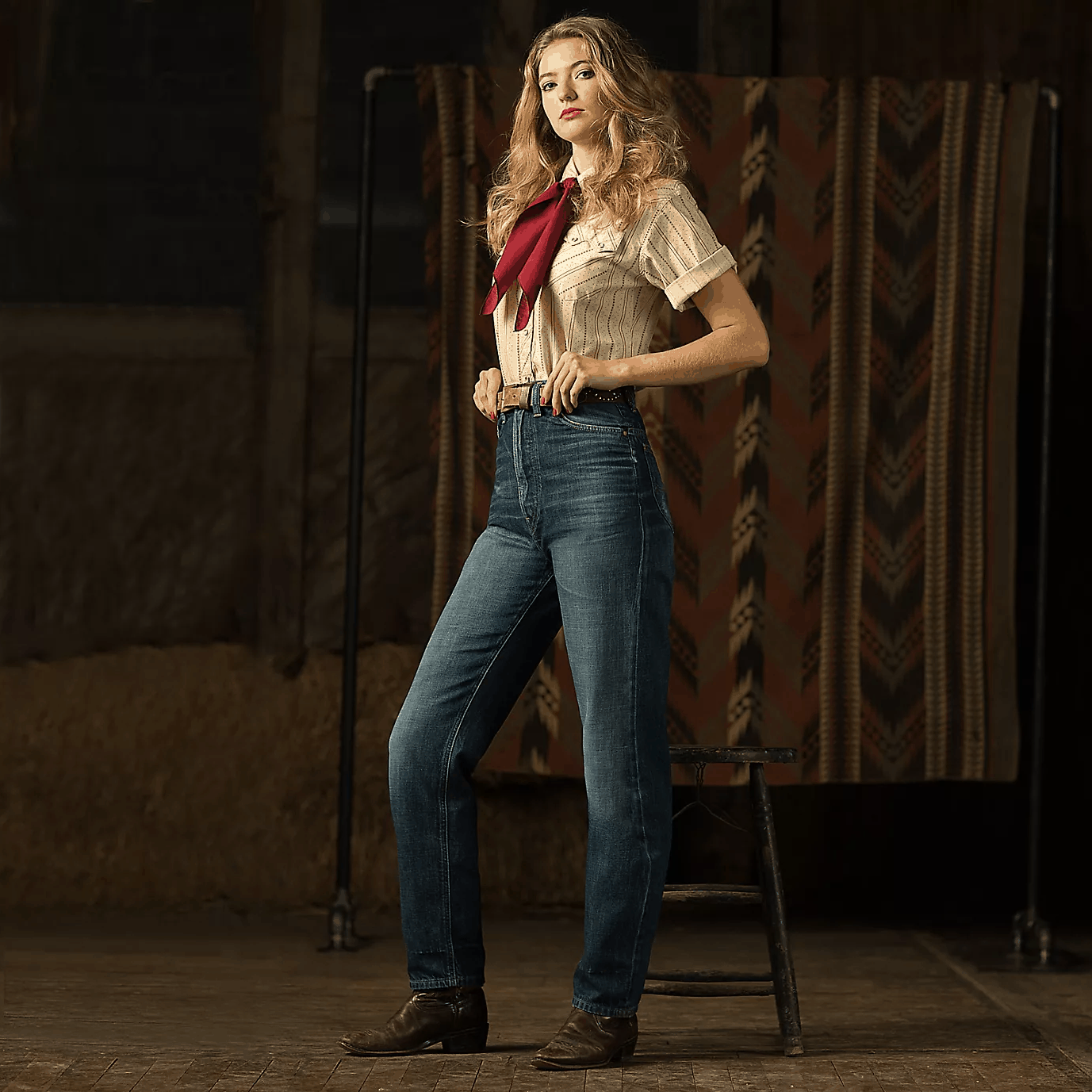 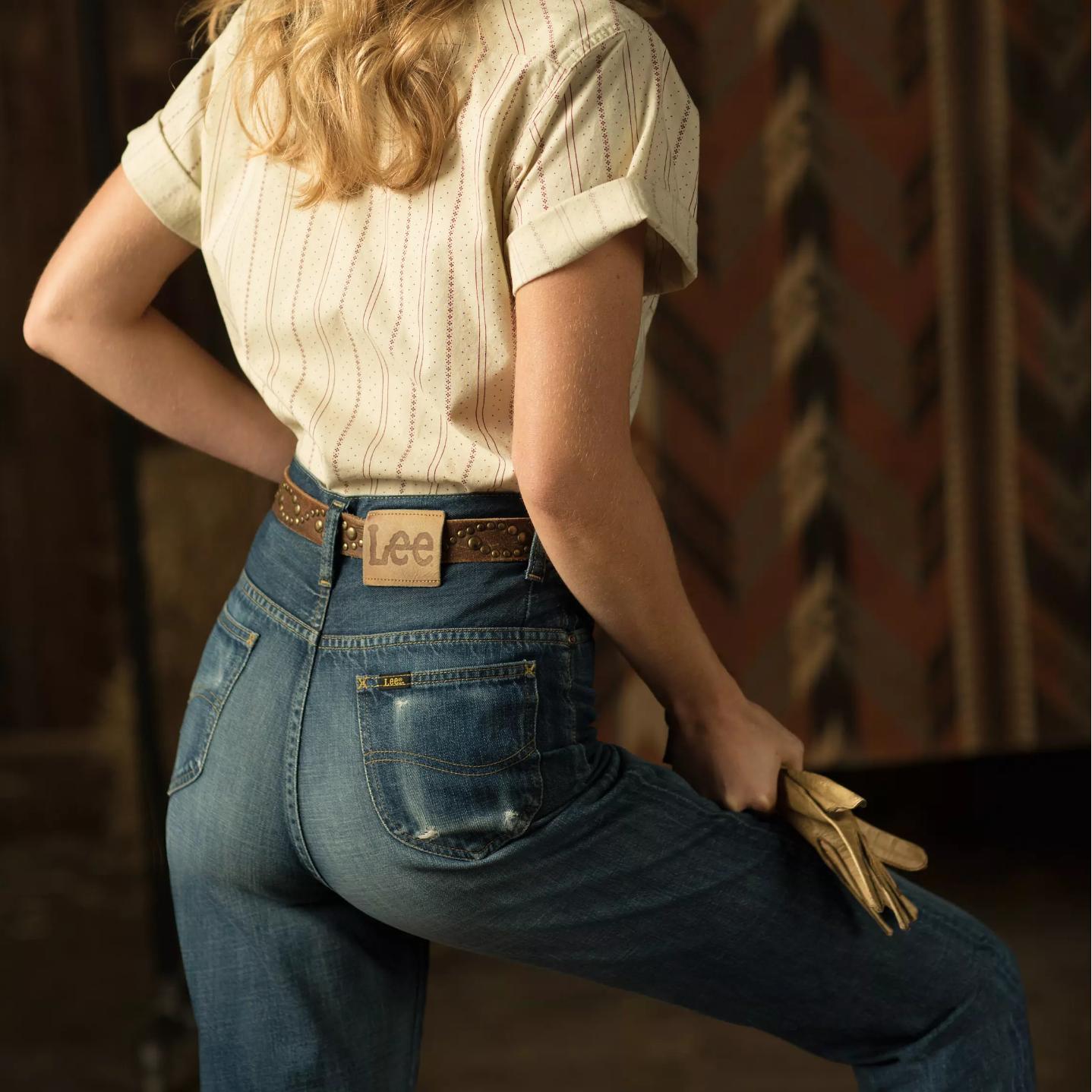 Why: Lee first introduced the Lady Lee Riders  in 1947 — their first jean designed specifically for women. Before that, women just wore Lee Men’s Riders. The new jean was nearly identical to the men’s original, but featured a dart in the yoke for a more fitted waist, and more room through the hips. Those original Lady Lee Riders are now a major collectors item and nearly impossible to find, which is why this reissue is so cool! The new jeans feature lightweight selvage denim from Cone Denim Mills (the gold standard), a button-front fly, a brass shank button, bar tacks on the back pockets, Lee-stamped copper rivets, and the signature “Lazy S” compound curve stitching on the back packets. 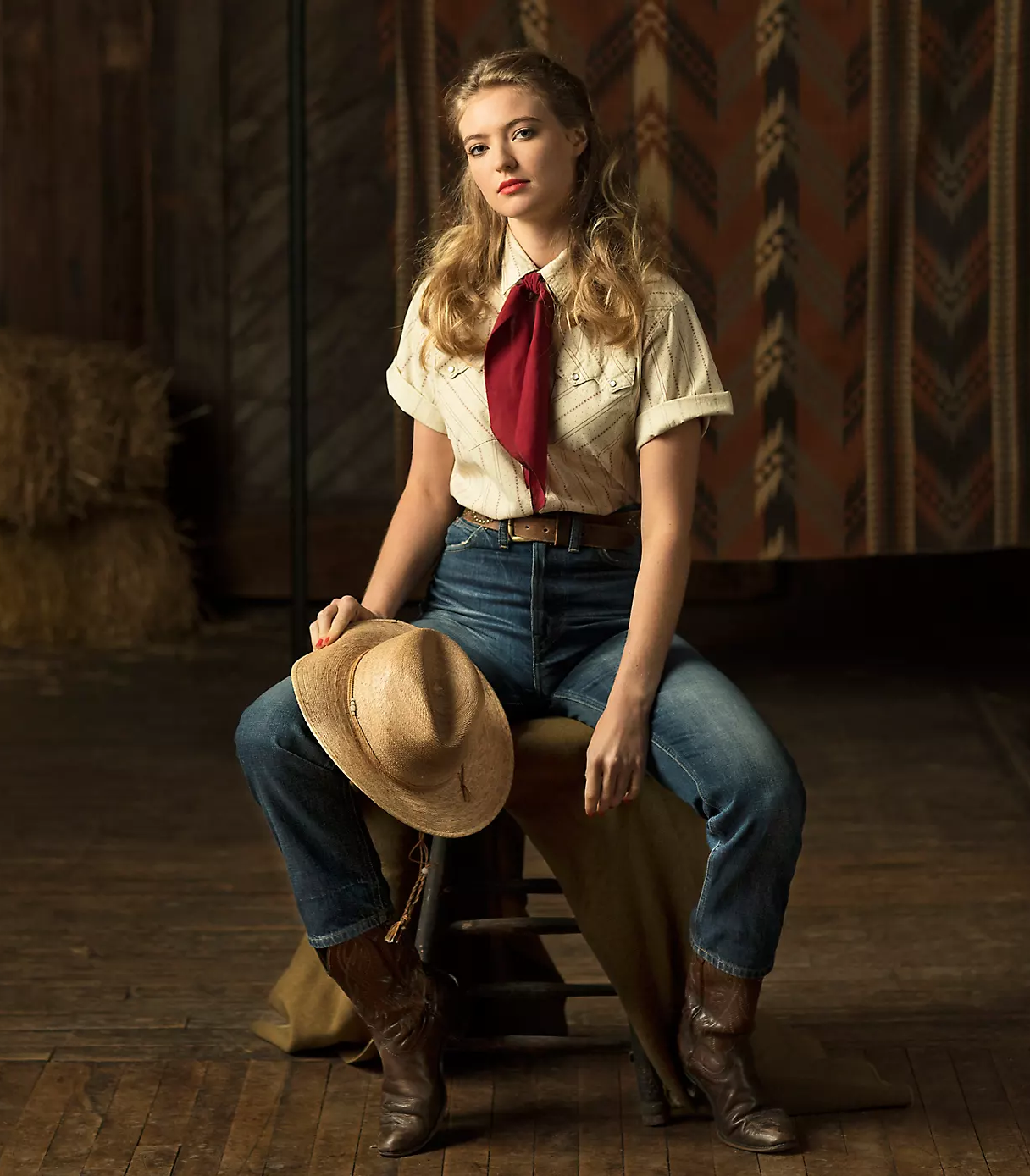