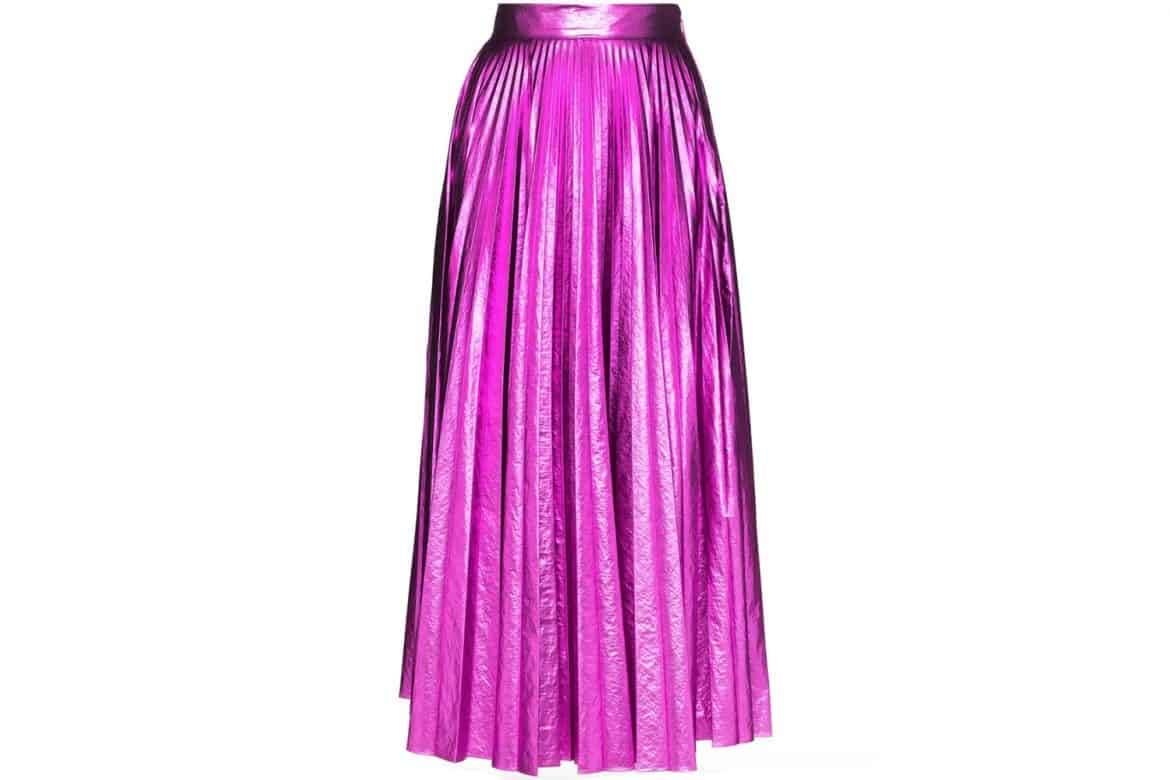 What: A pleated mid-length skirt in metallic magenta by Christopher Kane.

Who: Christopher Kane launched his eponymous label with the help of his sister, Tammy, in 2006. The young designer was already receiving quite a bit of attention in London thanks to his MFA collection at Central Saint Martins. Among those who took notice was Donatella Versace, who hired Kane to design for Versus Versace in 2009. Despite the big gig, he still found time to work on his own line, and rack up accolades — like winning the 2011 BFC/Vogue Designer Fashion Fund — in the process.

In 2012 he left Versus, choosing to focus on his own company. In 2013 Kering acquired 51 percent of the brand and announced it would begin looking to open a flagship boutique in London, where Kane continues to present his collections. 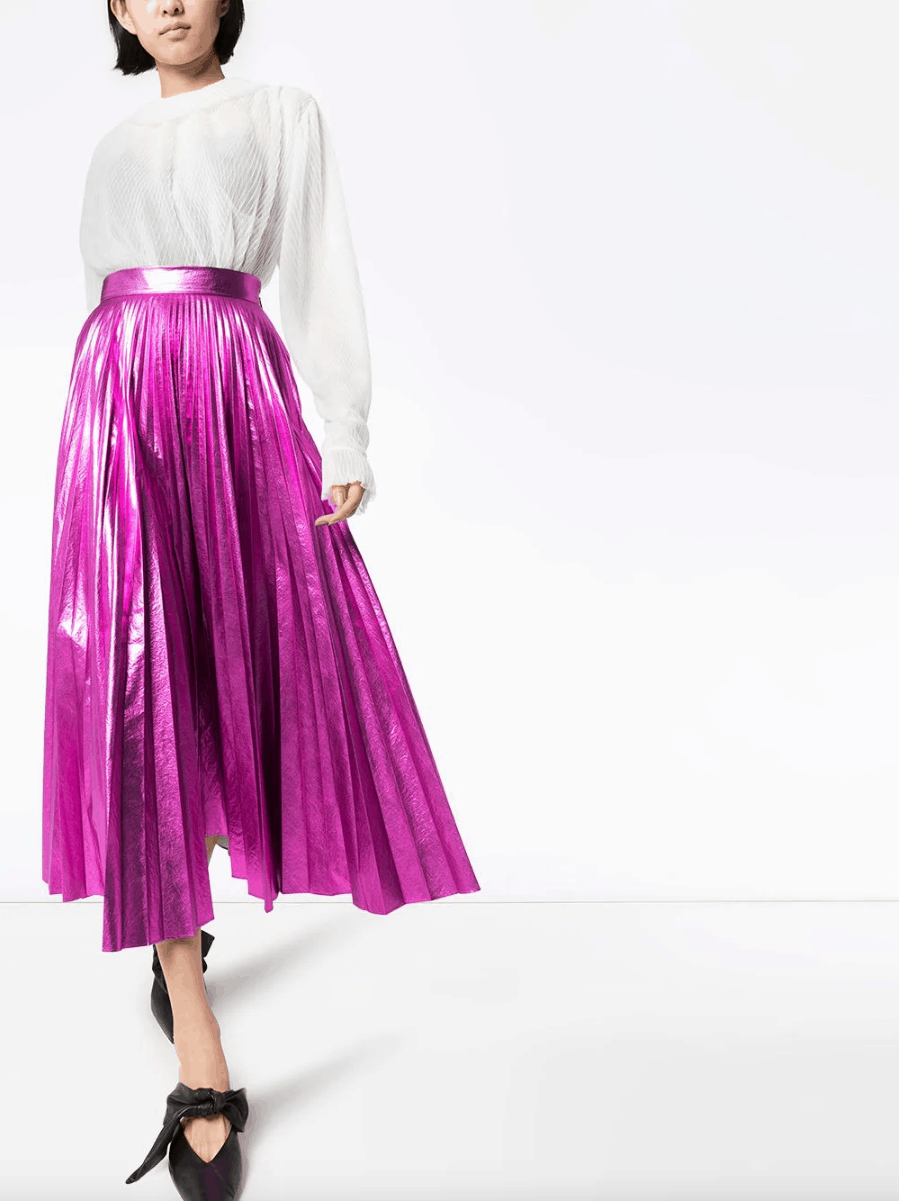 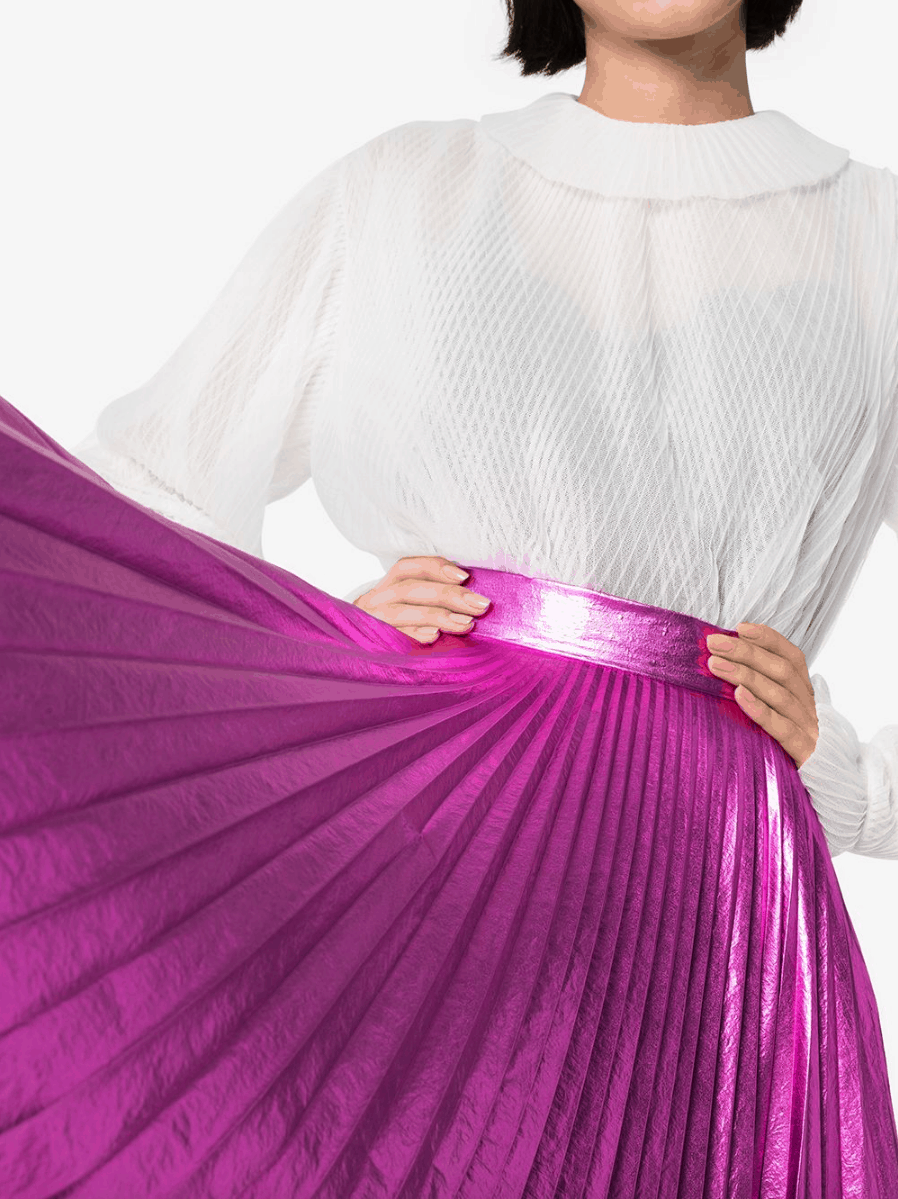 Why: Beat the winter blues with a bold, bright magenta! This skirt is great for any “going out” outfit. It’s glamorous and eye catching, but long enough that you can slip some extra layers underneath for warmth. Plus, the shine screams “party!”