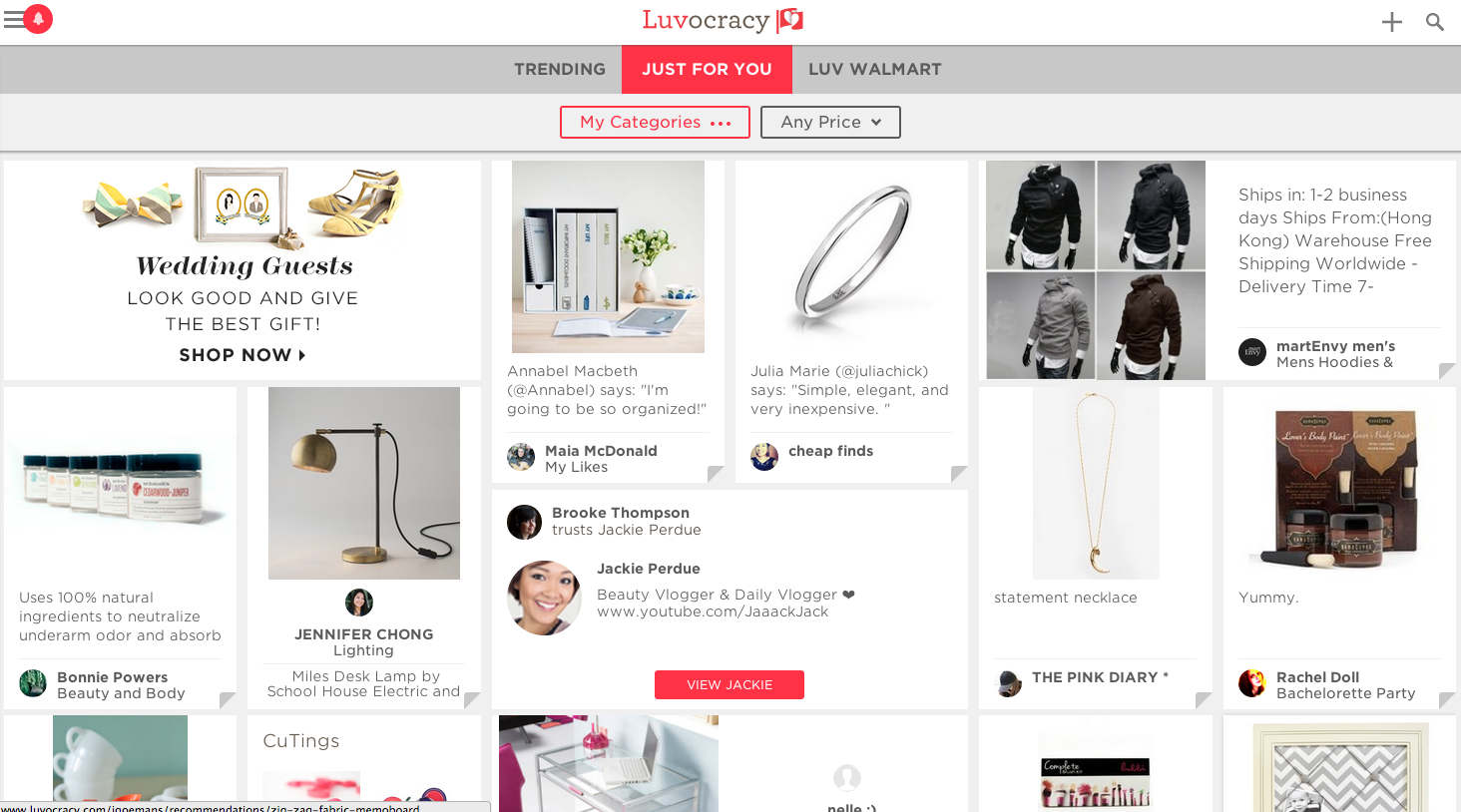 Started just three years ago, e-commerce site Luvocracy has been acquired by @Walmartlabs, the idea incubator for Walmart. The site was co-founded by CEO Nathan Stoll, an early product manager at Google and co-founder of social search engine Aardvark. Luvocracy is a unique e-comm platform in that it allows users to introduce brands to each other, even allowing users to make small sums of money in return for sharing their “luv” for a product when it has been purchased by another user. Since its founding, Luvocracy has contributed to almost 7 million “luvs” for products across 100,000 plus brands and 30,000 plus retailers with over $1 million worth of product.

Stoll and 16 other Luvocracy employees that will be working for the brand under its new ownership are VP of design, Brooke Thompson, who was formerly senior director of design at Yahoo!; creative director Christine Martinez, who is considered a Pinterest “Power Pinner” with over 5 million followers and is the author of The Complete Idiots Guide to Pinterest; and VP of engineering, Ajay Agrawal, who was previously SVP of engineering at Blurb and has held roles at eBay, Microsoft, and Oracle.

The Luvocracy site now features a special section for Walmart called “Luv Walmart” on their homepage, in which users can share and purchase their favorite products from the mega retailer. There’s no word yet for how much Luvocracy was acquired for, or what, exactly, the plans are for the future between the e-comm site and Walmart. However, nearly 245 million people visit Walmart in store and online every week, so with the cross promotion across brands, we imagine this will be quite a colossal boost for Luvocracy. Bravo!

Martha Nelson Promoted to Head of All...

Martha Nelson Promoted to Head of All...

The Daily Roundup: Tim Gunn On His...