DVF’s New Role at the CFDA 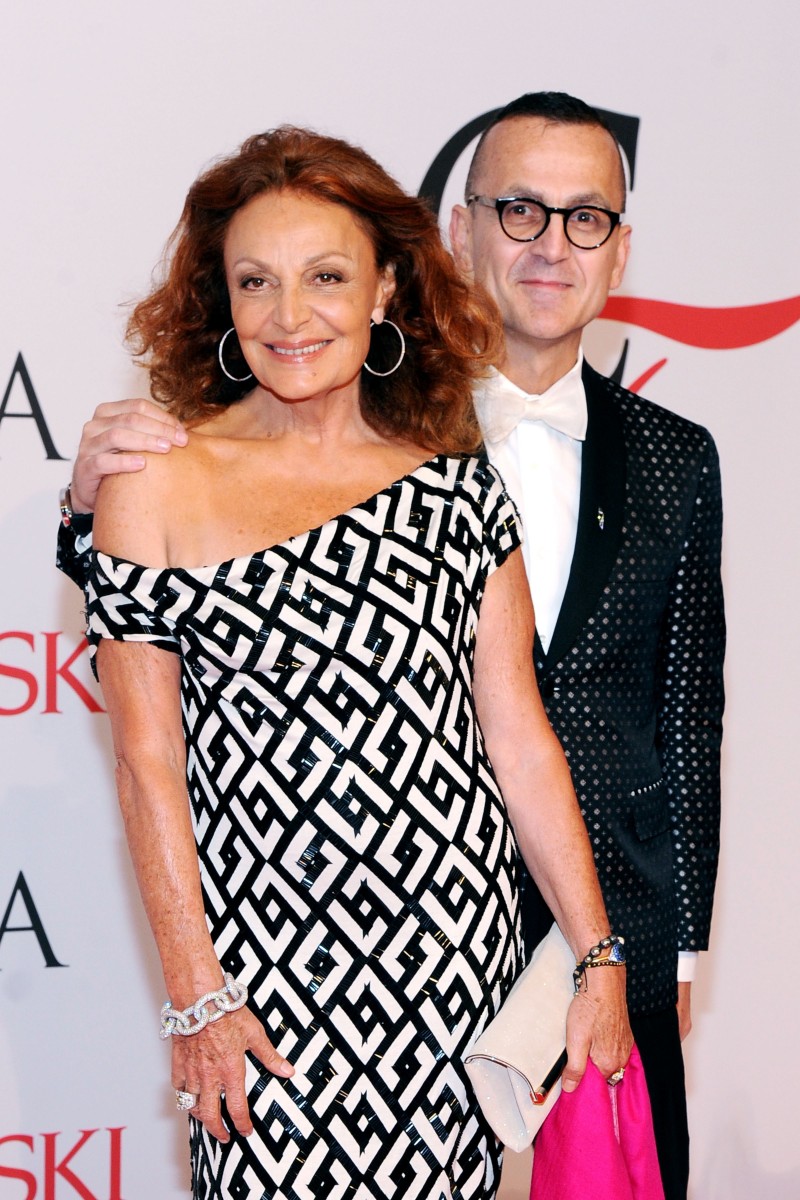 After a 10-year tenure as president of the CFDA, Diane von Furstenberg moves up the executive ladder and has been named chairman. Steven Kolb, CFDA CEO, adds president to his title. Kolb will manage the day-to-day duties, while von Furstenberg will lead the board of directors.

In 2012, the CFDA voted to extend von Furstenberg’s term as president for two years for the second time, making it her fourth term since her election in 2006. The year before her appointment as president, the CFDA celebrated von Furstenberg with the Lifetime Achievement Award. During her time at the organization, she has supported emerging talent and helped to establish the Design Piracy Prohibition Act.

Like von Furstenberg, Kolb joined the CFDA in 2006. In 2011 he was named CEO, overseeing all operations of the association, its affiliated charity, and its events, such as the yearly CFDA Fashion Awards. Kolb has pioneered some of the council’s key initiatives, including the CFDA/Vogue Fashion Fund and the Geoffrey Beene Scholarship.

In addition to the power pair’s titles, last Thursday the CFDA announced Lisa Smilor as executive vice president and welcomed 40 new members to its board of directors, for a total of 508. Newbies of note Sally LaPointe, Misha Nonoo, Rosie Assoulin, Hood by Air’s Shayne Oliver, and Tome’s Ramon Martin and Ryan Lobo join senior CFDA board members like Michael Kors, Tommy Hilfiger and Ralph Lauren.

“The 40 new members–the highest number joining the organization in its history—add to the diversity of the CFDA community,” Kolb said. “They include designers of jewelry, eyewear, swimwear, lingerie and millinery, as well as talent from Los Angeles, Kansas City, Miami, and Austin.”

CFDA Board Member Reed Krakoff will host the New Members Party at his home on October 27. Krakoff became admissions committee chair this year, replacing Stan Herman who had held the title since 2006.