Drew Barrymore on Flower Beauty and the Celebrity Sellout 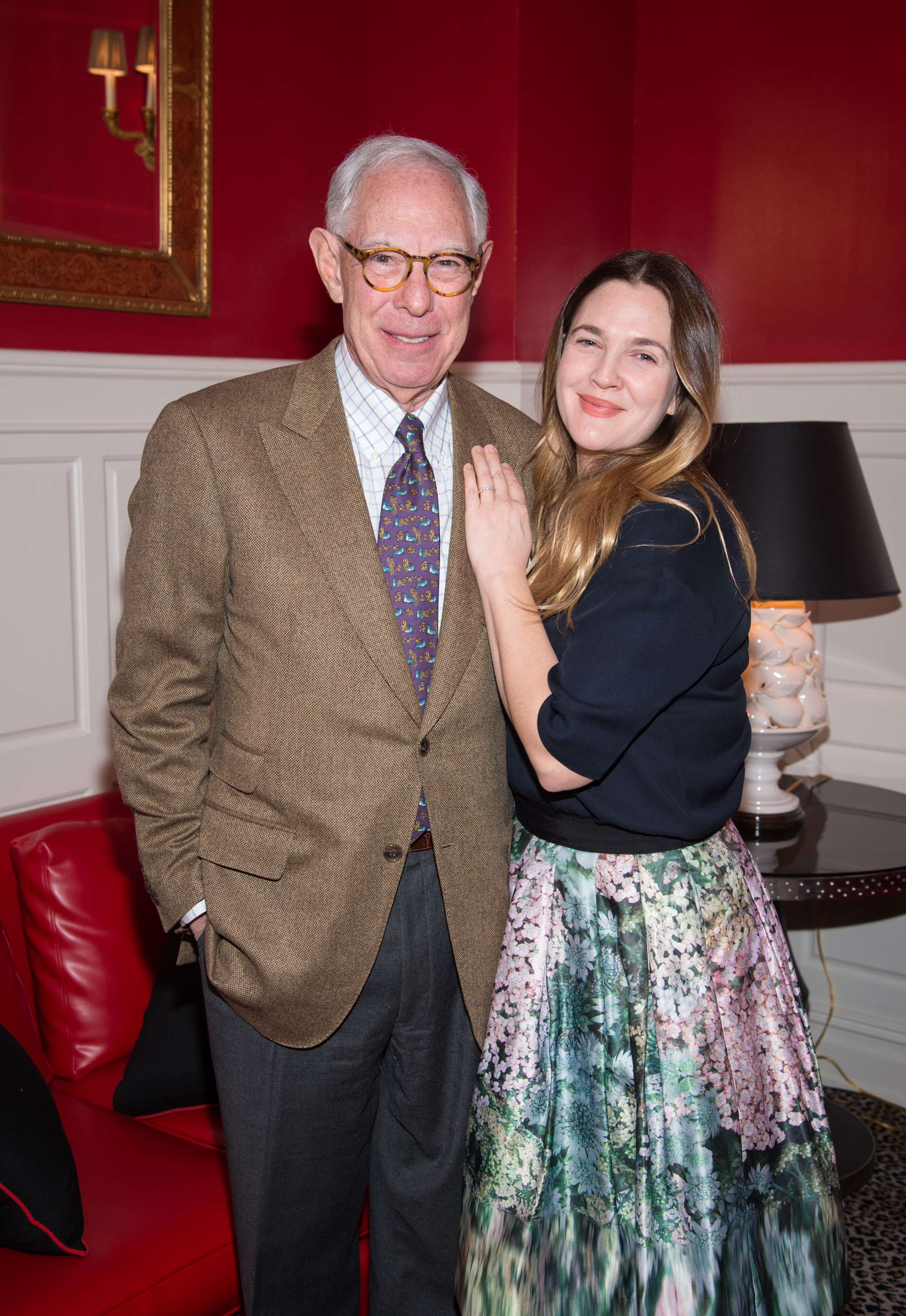 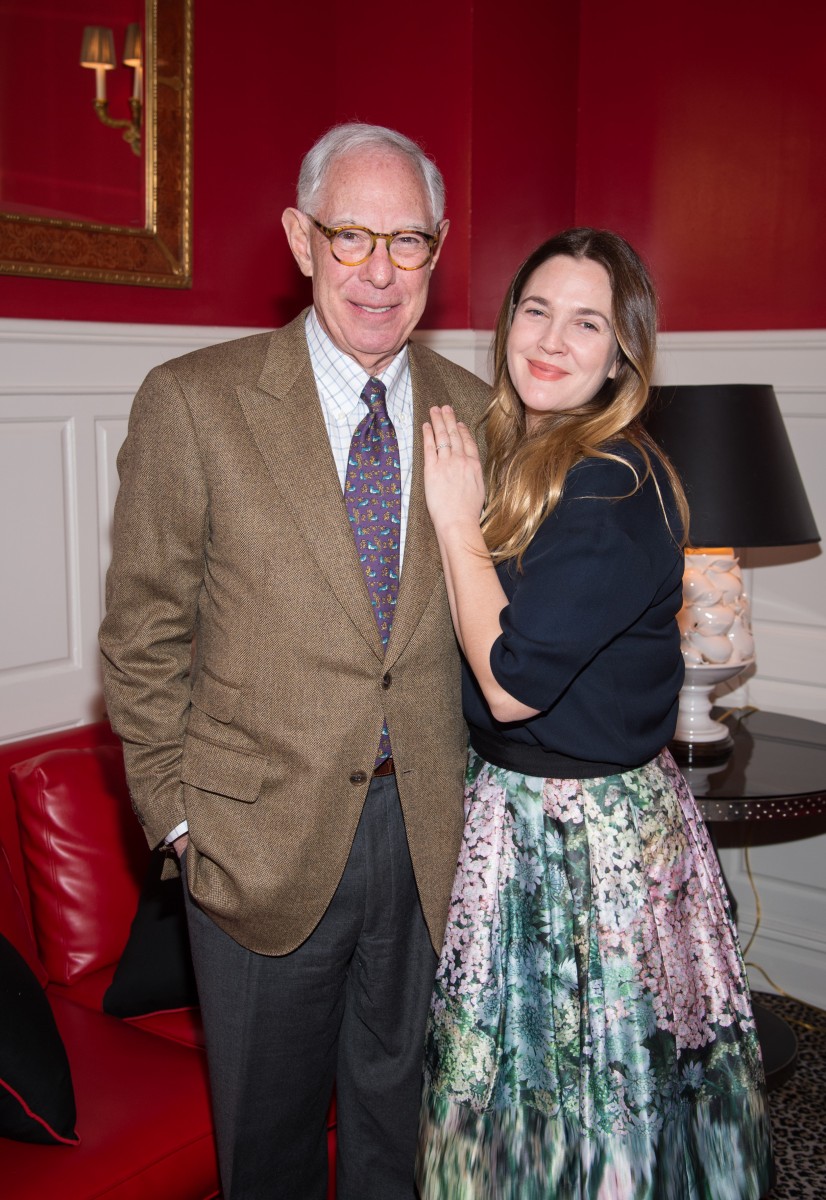 The Daily caught up with Drew Barrymore, who founded her cosmetics line Flower Beauty in 2012, last week at the Financo retail forum in New York where she was in conversation with her father-in-law, the former CEO of Chanel Arie L. Kopelman, about her burgeoning beauty empire and her plans to roll out the concept in China, Australia, the UK, and online.

On never wanting to be a sellout celeb:
“After E.T. an onslaught of product placement opportunities came my way and for someone living in a single mother house in West Hollywood who didn’t have two nickels to rub together, it seemed very enticing.  But I remember Steven Spielberg saying, “No. Don’t. Think about the longevity of your career. If you sell out now you can cheapen your message. Somehow at 7 years old it totally clicked and made so much sense to me.”

On saying no to that Covergirl contract:
“After that advice I had an allergy and fear of endorsing anything for the rest of my life. So when Covergirl came knocking, we had a wonderful, inspiring conversation but I said, ‘Thank you so much, I really love your brand but I just don’t endorse things.’ They came back to a year later and said, ‘What if we made you co-creative director and you would be in charge of all the marketing?’ I actually love marketing and would die to go into the advertising business because I think it’s so powerful. Covergirl saw the kind of person I was and gave me an opportunity that they thought might be more inspiring and fitting to me at this time in my life. And I loved it, especially the empowering messages for women. You know, girl dancing in her closet, Helmut Newton timeless style backdrop. These are the kind of women that I relate to because they’re telling you to be your best you, not to be someone else.”

On what inspired the launch of Flower Beauty:
“It was an auspicious aligning of the stars. I had been a co-creative director at Covergirl for seven years and as my contract was ending the woman who was the head of Walmart said she was looking for a different type of venture in her beauty department. So we met and came up with the philosophy of doing luxury goods at mass price point.”

On the concept of mass luxury:
“When you’re forced to think differently, you really do think outside the box. We tried to bring a brand promise and stay true to it and we actually managed to create really expensive high-end luxury formulas at those labs by changing the margins and putting all of our marketing and advertising dollars into the products. Now you see every big company putting their marketing money into social media and Snapchat anyway.”

On taking advice from her father-in-law:
“Arie has been such an amazing sounding board. I would go to him and say, ‘I’m struggling with the packaging, my heart’s over here, my guts over there,’ and he’d say, ‘Walk into a store, look around, tell me everything you see.’ And I would come back to say this and that. Then he would say, ‘Now look around and tell me what you don’t see.’ And it was the best advice ever. Arie and I also talked about the difference between name slapping companies and companies that really are thriving, where you can feel the investment of the people involved who are giving their lives over to it and caring about every piece of it.”

On her idea of success:
“The definition should be relief and employment. And I think it really does come down to the product, the formulas, and they way things are performing. Women know the difference. Flower Beauty is growing by the day. We started in 1,600 doors and now we’re in almost 4,000. We also just launched Flower Eyewear, and we’re number one at Walmart, which I’m very proud to say because I’m relieved it worked. Reviews are important—social media and creating a good marketing campaign that really speaks to women.” 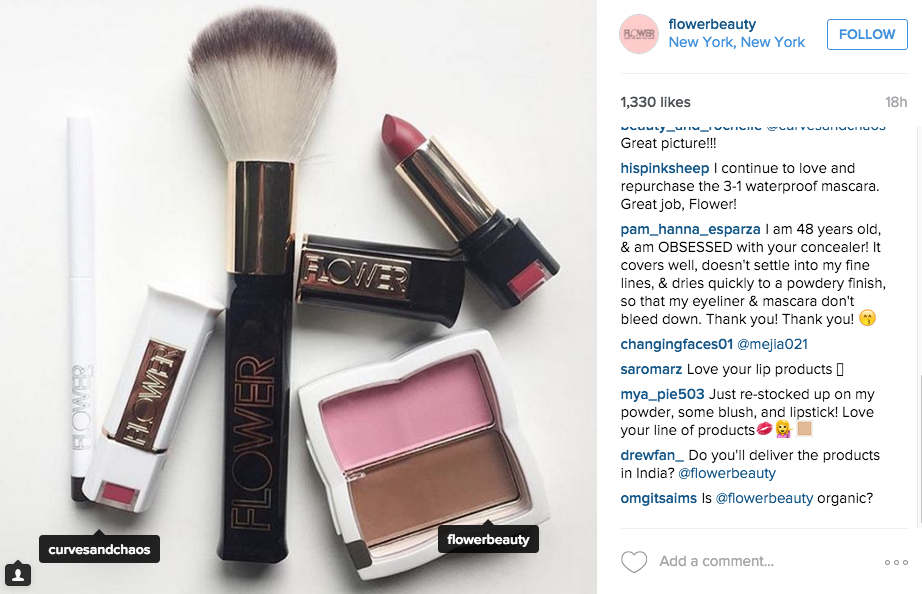 On empowering women through makeup:
“As a woman, makeup is the greatest thing ever. I looked like the Crypt Keeper before I came here. A little foundation and lipstick on my lips and cheeks—and OK, a blowout—and it’s amazing how that has changed my whole perspective and my confidence. If you walk into a room and you’re insecure and looking for people to validate you, you’re screwed. You walk into a room and present who you are with some level of self awareness, confidence, and a kind heart, and you’re on a different cylinder. I think makeup is a great gateway to that.”

On marrying motherhood with the beauty business:
“I come from the world of movies and storytelling, so the story of empowering women has never been so vital to me because I now have two daughters and I am responsible for their journey and raising them into wonderful women. Flower Beauty has  enabled me to spend my time being the kind of mother that I really wanted to be. I didn’t want to be on a film set from 5 a.m. until midnight, missing out on my children’s childhood. This way, I can be a businesswoman that wakes up with my kids, feeds them dinner, puts them to bed, and spends my weekends with them. When they’re 16 and slamming the door in my face, then maybe I’ll think about going back to film. But right now, these businesses exercise a different muscle for me. Being in films makes you lazy because you can wake up and be like, I want to be a news anchor today in Paris and you make a film about that, but oh my god the beauty business…wow, it’s challenging.”

On the future as a slow burn:
“Nothing happens overnight. Which is scary, because you want it to financially work overnight. But slow and steady wins the race. The companies that I aspire to be, like Honest and what Gwyneth Paltrow is doing with Goop, have taken years. You can see that it is their blood sweat and tears and it’s isn’t celebrity name slapping. More power to those people.”

A Gift for the Billionaire Who Has Everything