Downtown, Everything's Waiting For You 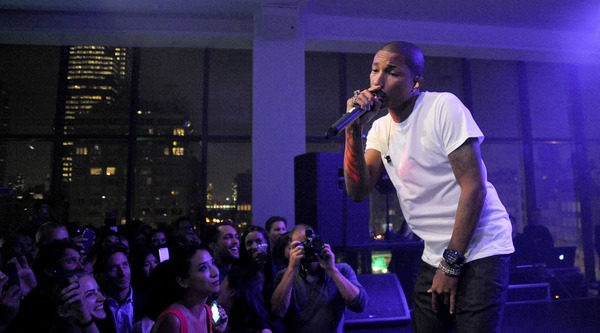 (NEW YORK) Was there ever any question that Calvin Klein Collection would throw the event of the week? Never. After another outstanding collection by Francisco Costa earlier in the day at the brand new Spring Studios (which got high marks from front rowers), the brand celebrated the launch of their new fragrance DOWNTOWN wIth a bash for the books on Thursday night.

With such A listers in the house, how could they top themselves? How about Pharrell Williams hitting the stage to perform a few numbers including songs of the summer, “Get Lucky” and “Blurred Lines?” to get the crowd going? Yes, that did it. Props to the Calvin team for producing two epic events in one day.
EDDIE ROCHE