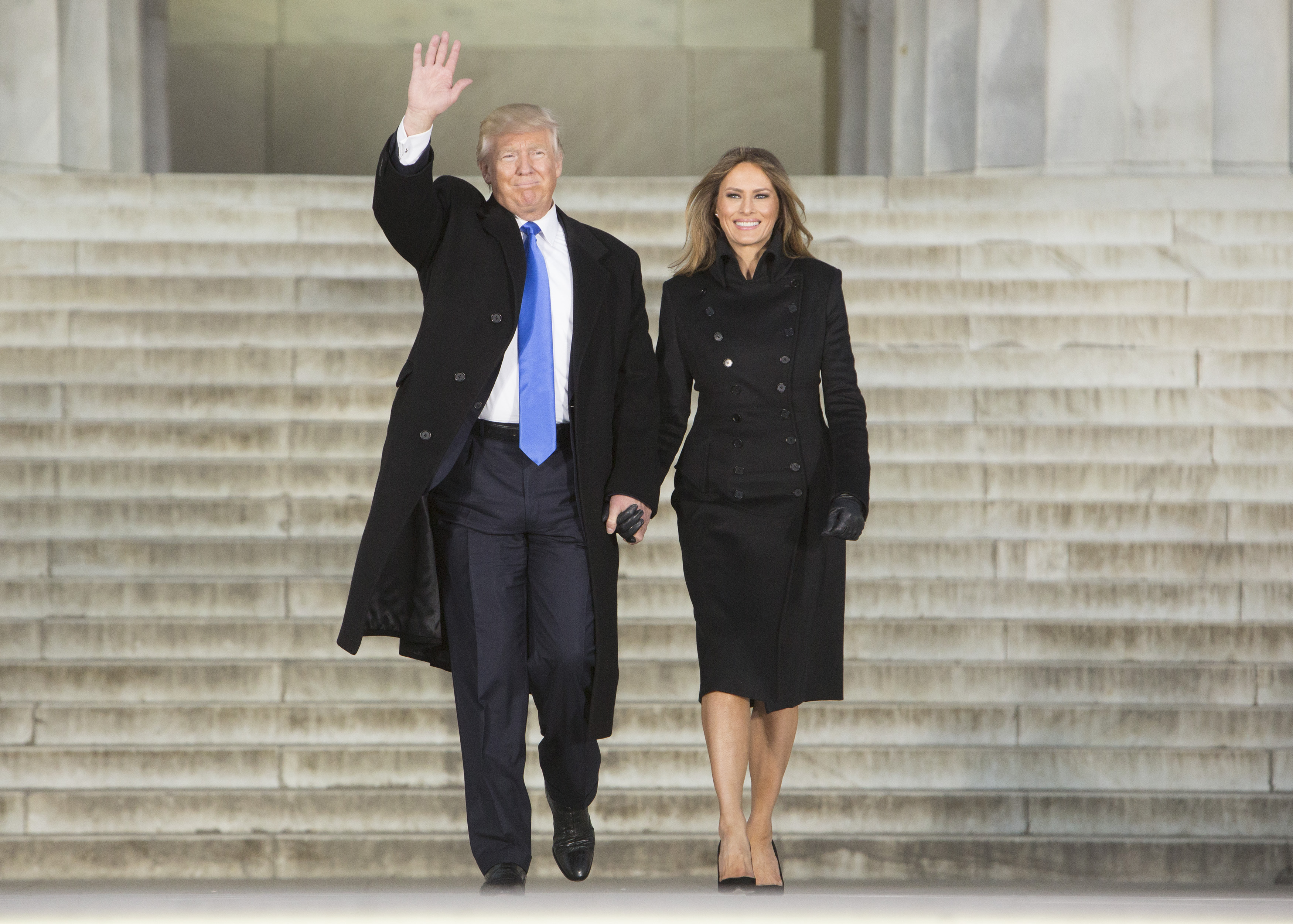 WASHINGTON, DC - JANUARY 19: (AFP OUT) President-elect of The United States Donald J. Trump and first lady-elect of The United States Melania Trump arrive at the "Make America Great Again Welcome Celebration concert at the Lincoln Memorial in January 19, 2017 in Washington, DC. Hundreds of thousands of people are expected to come to the National Mall to witness Trump being sworn in as the 45th president of the United States. (Photo by Chris Kleponis-Pool/Getty Images)

Donald Trump’s Take on Tom Ford [The Cut]
Tom Ford revealed in November that he had declined the opportunity to dress Melania Trump. Just this week, during an appearance on Fox & Friends, President-elect Donald Trump told his side of the story.

The Stylist Dressing Tiffany Trump for the Inauguration [The Hollywood Reporter]
Donald Trump’s 23-year-old daughter, Tiffany, has been working with celebrity stylist Phillip Bloch on her inaugural weekend looks. “I want to see her have a moment,” Bloch said.

The New York Schedule Is Here! What...