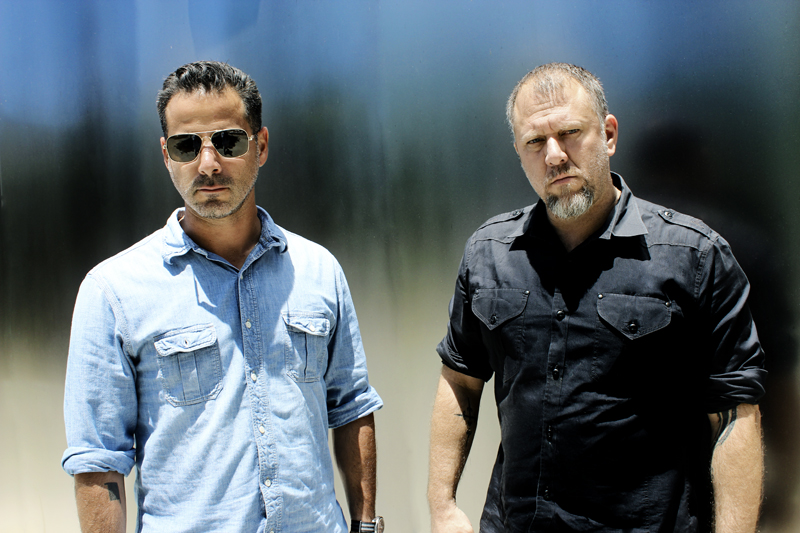 Luxury boutique eyewear brand, Dita, turns 20 this year. Co-founders Jeff Solorio and John Juniper were pro-snowboard filmmakers and photographers before creating the brand two decades ago, and they’ve been best friends since their kindergarten days. We caught up with Solorio at the chic Mandarin Oriental in Paris to find out what they have in store after 20 years.

How did you and co-founder John Juniper meet?
We grew up in Laguna Beach and we actually met in kindergarten. We grew up together, so I’d say we are more like brothers at this point.

What were you doing before you founded Dita?
We were traveling with pro-snowboarders, and I was making snowboard movies and John was doing the photography.

How did you decide to create the line?
We grew up in an area where there were a lot of entrepreneurs, and we saw people having some success with eyewear and said, “Well that sounds like a good idea. Let’s do it.” We were around it, but we really had no experience with it in the beginning.

How have you seen the eyewear industry change since you started?
Well there’s Safilo and Luxottica, but there are also a lot of startups. We’ve been doing trade shows off and on for the past 20 years, and when we first started there were just a handful of boutique eyewear brands like us—and IC Berlin, Mykita, Cutler & Gross, and Oliver Peoples. Now you go to the show and there are brands from Korea and Japan and from all around the world that are emerging here. There are a bunch of startups. It’s kind of nice to be starting on the ground floor of the whole thing.

Where do you make the sunglasses?
We use the best manufacturers in Japan. In the very beginning, it was hard to make those relationships. They’re very closed-door. You can’t just walk in and say you want to make eyewear and then do it. We started meeting people in the industry and finding out who is the best. It took about five or six years to get those relationships going, and it evolved from there.

How would you describe the craftsmanship behind you eyewear?
We don’t cut any corners. We do everything the absolute best it can be, which is sometimes a challenge for the factory. The point is that you’re designing a product that you’re wearing, so you can go in and make these crazy designs but they also have to fit and be comfortable or you’re not going to wear them.

What do your $1,200 sunglasses entail?
We just released a limited-edition frame for our 20th anniversary called the Decade II that will retail for $1,200. When Dita was 10 years old, we came out with a frame called the Decade, and so now we have the Decade II. We took all of the design details that we’ve been doing for the last 20 years and put it onto the original Decade. We incorporated a new two-base lens, which gives you that flat feeling but is more optically correct. The frames are in three different colors, but the blue frame with a gray gradient will be limited to $300. The frames are gold-plated.

What was the look when you first started?
We didn’t really know anything about design back then, so we started going around to vintage stores and we were just hunting frames. The ones we liked at that time were cat eye and ’50s styles. So in our first collection there was a big round Jackie O, cat eye, and pearl colors.

What are your best-sellers?
For women it’s the Heartbreaker, the Condors, and Medina. For Men, it’s the Mach I, the Flight IV, and for optical it’s been the Statesman.

What’s next for Dita?
We have the Dita Group, which includes Dita, the Thom Browne license, and we just bought Christian Roth. We’re becoming our own eyewear group. We have the best manufacturers and we have really solid distribution globally, with offices in Europe, Tokyo, Hong Kong, and the U.S., so we have the ability to bring other brands under our wing.