Dispatch From PFW: Hood By Air 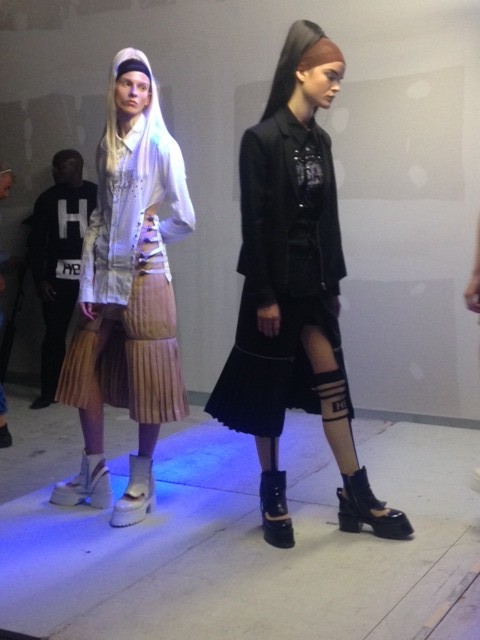 Last night at the Tour de Montparnasse in Paris, it was quite the mob scene as editors, stylists, and HBA fanatics crowded around the entrance fighting to get into Hood by Air‘s second show of the season. Shayne Oliver showed his men’s collection already in New York, and his women’s presentation played out in Paris. As the crowds waited eagerly, surprisingly patient, cordial publicists continued to remind everyone it would be just 10 more minutes (every 10 minutes) due to a crowded elevator situation. Some editors like Robbie Myers and Sally Singer flew past the line, while even important buyers like Sarah Lerfel of Colette stood politely waiting to get in (she was eventually VIP’d right in with the next elevator). So crowded and hyped was this showing, we overheard a French editor in the jam-packed elevator proclaiming, “I think I’m dying!” But once inside, guests wove in and out of spacious rooms in an unfinished, concrete-floored empty office setting that revealed spectacular views of the city. Models in S&M-style high-end streetwear had thick manes tied up in ponytails with their foreheads topped off with do-rags. Some girls sat in corporate office chairs looking bored (on purpose, of course).The message is always a provocative one at HBA, and that’s why Oliver’s shows are always so highly anticipated (à la Rick Owens). Afterwards we heard one fashion vet say, “I’m just not into it. Who wears this?” While his younger colleague exclaimed enthusiastically, “I’m so into it! It’s dead-on.” Whether you like it or not, Oliver has struck a cord that keeps people talking. And if the street style photos are any indication, those very expensive HBA black T-shirts are certainly bringing in the bacon. 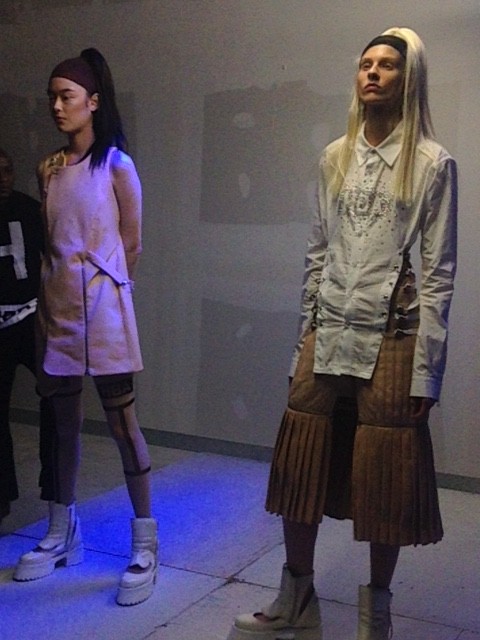 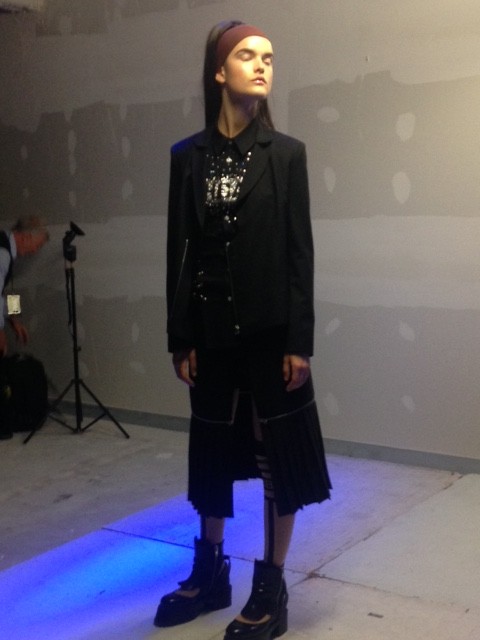