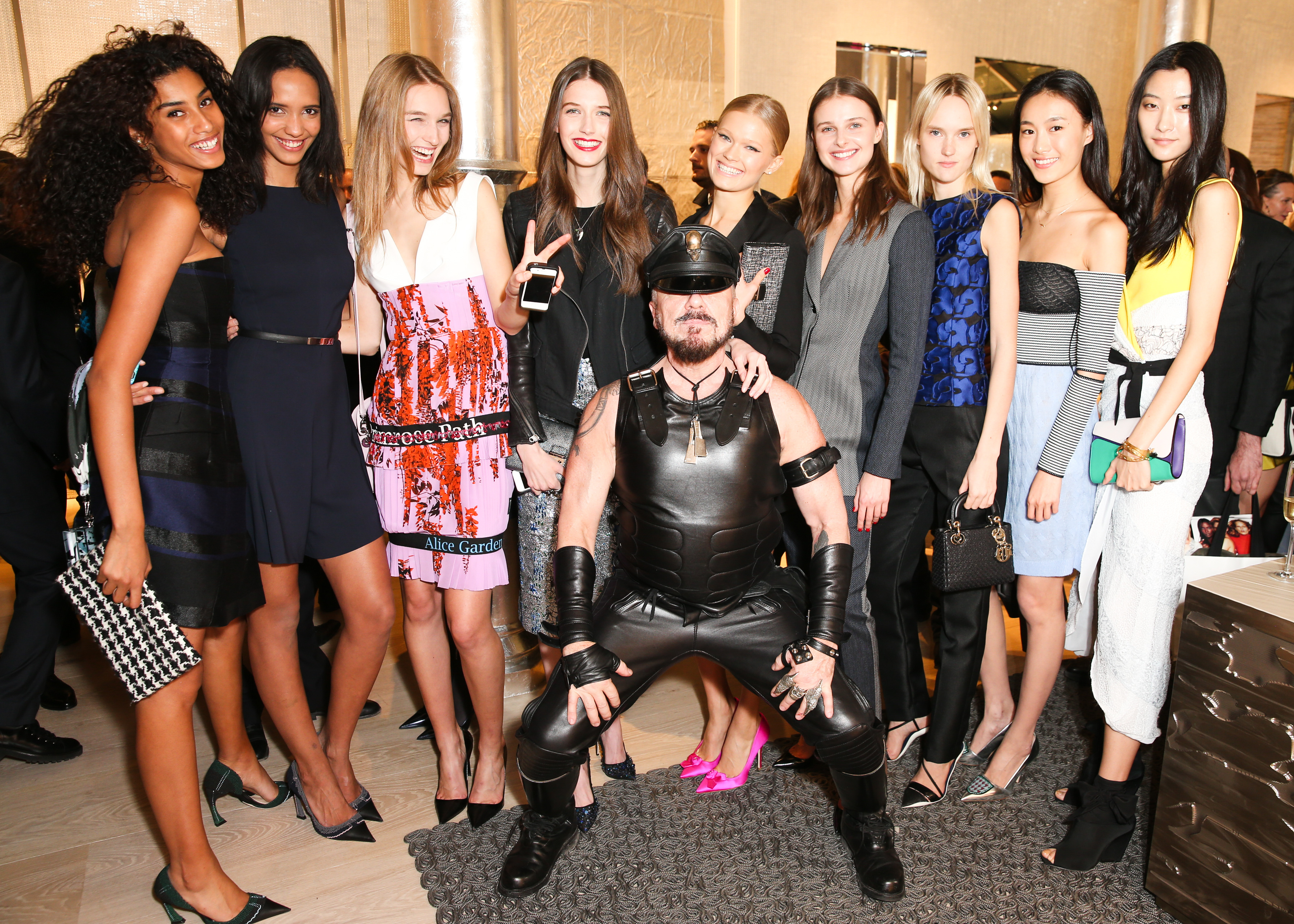 Dior has finally joined the myriad high-end women’s retailers in Soho. Last night, the brand celebrated the opening of their new boutique at 105 Greene Street. The Peter Marino-designed space features silver columns, a fully mirrored ceiling, sculptures by Larry Bell that hang over the shoe display, and a floral video screen display that serves as a back drop in the shoe section. There you could find the much coveted floral sequined sneakers with pink soles that trotted down Raf Simons’ runway, but you’ll have to wait to actually purchase them. A saleswoman from the brand’s Madison Avenue location told us there’s currently a two-month waiting list, but she added that the brand’s consistent best-seller is their slightly pointed glazed calfskin pumps with curved heels. Business is good when you can have more than one “it” accessory, wait lists and all.

Marino has designed all of Dior’s stores since 2007 (as well as a multitude of other retail projects in the fashion world), and he was clearly enjoying his latest. In his usual leather uniform, Marino laid down and spread out on the floor to have a photo of his reflection taken in the store’s mirrored ceiling. Later he was seen hoisting DuJour‘s Jason Binn into the air. Why not let loose after all of that hard work?

Dior’s new digs drew a chic crowd that included Patrick Demarchelier and his wife Mia, Allure‘s Linda Wells, Olivia Chantecaille, Scott Lipps, Brad Goreski, Michael Avedon, Glamour‘s Sasha Iglehart and Gretchen Gunlocke Fenton, WSJ.‘s Elisa Lipsky-Karasz and David Thielebeule, and Alexandra Richards, the latter of whom DJ’d the event. Plus, there were models galore! Sasha Luss, Vita Sidorkina, Diana Moldovan, Heather Marks, Ji Hye Park, Shu Pei, Manuela Frey, Hanne Gaby Odiele, and many, many more who turned up to beautify the already stunning store. And judging by all of the sales transactions that were going down last night, the store is already a hit.

Candice Swanepoel On The VS Show’s Hop Across The Pond