Dior Hosts A Pre-Party For The 2014 Guggenheim International Gala 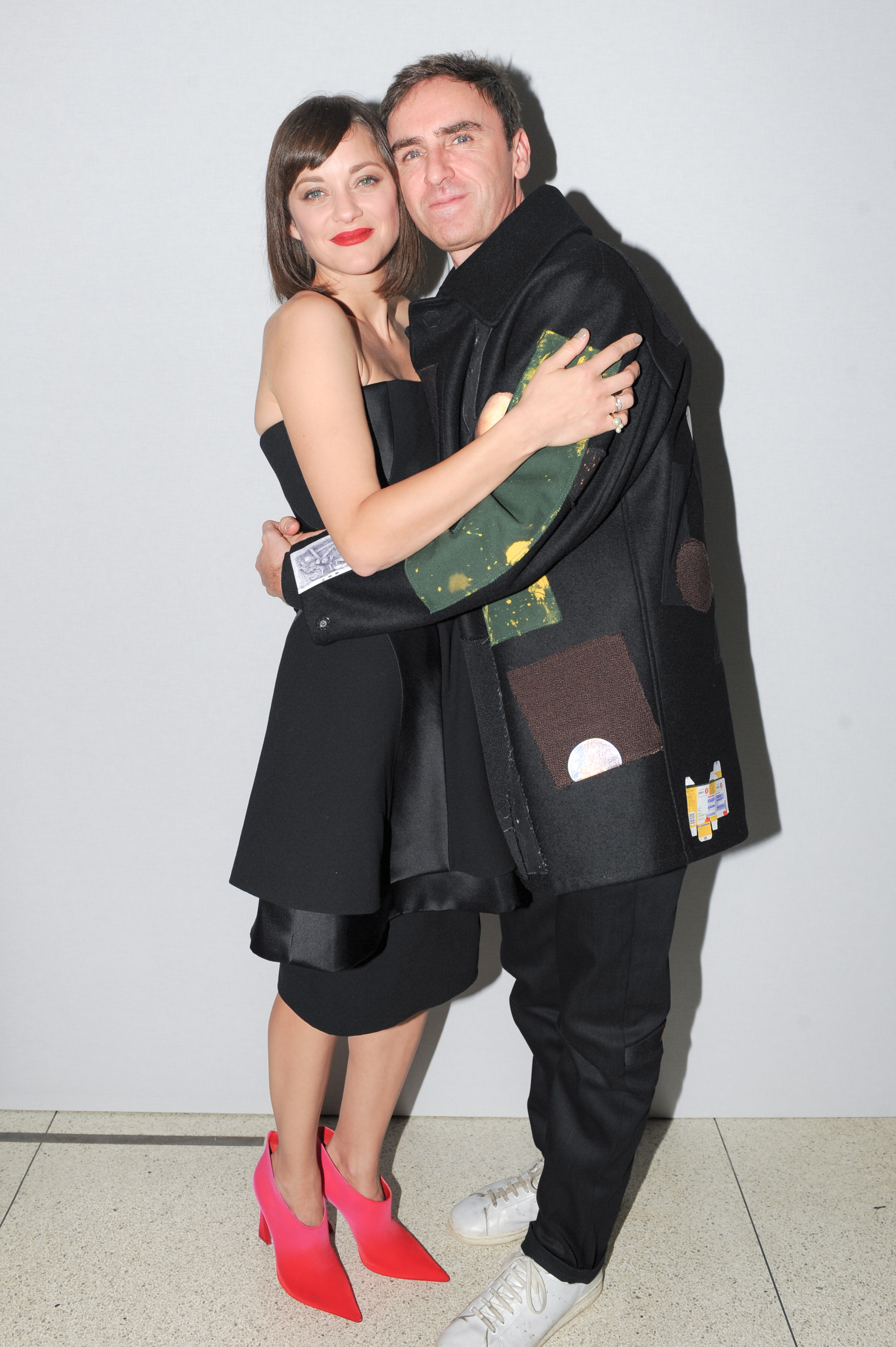 Top models, celebrities, musicians, socialites, photographers, you name it: the chicest set packed the winding spirals of the Guggenheim’s interiors for the Dior-sponsored pre-party for the 2014 Guggenheim International Gala hosted by the museum’s Young Collectors Council. Dior’s creative director, Raf Simons, and muse and actress, Marion Cotillard, mingled with the likes of A$AP Rocky and Michael Avedon, and a sweetly demure-looking Camilla Belle in a pink Dior number sporting lighter tresses in a ’50s-esque flipped-ends hairdo, as well as mods like Hanne Gaby Odiele (clad in the pink jacket from Dior Spring ’15’s look 35, fresh off the runway). With nearly every belle of the ball wearing Dior, we had to ask how the looks were reserved. “I just choose whatever I want from the runway, and luckily no one else wants whatever it is, because I always choose something weird!” said Hanneli Mustaparta, who was wearing an olive green Dior bomber jacket that had a skirt that could be zipped off at the waist. Meanwhile, Susie Lau chose the red quilted asymmetrical skirt from the Spring ’15 runway and paired it with Dior’s camo sneaker sandals and a white leather jacket. Seeing how the ladies interpreted their Dior off the runway was a haute highlight of the evening.

How about the art? The evening celebrated artists Carrie Mae Weems, Heinz Mack, Otto Piene (in memoriam), Günther Uecker, and Wang Jianwei. ZERO: Countdown to Tomorrow, 1950s–60s is the first large-scale exhibition in the U.S. dedicated to the German artists’ group ZERO, originally founded by Mack and Piene in the ’50s. Avedon told us he’d just been at the opening at the Guggenheim two weeks ago. “This is one of the greatest institutions in the world, so it’s always a treat to explore it and come back,” said Avedon. “I’m not a collector yet, but I’m constantly observing creation. I particularly like Carvaggio and Rubens and those 16th century masters.” As for his dream piece by a living artist to nab for his collection? “Maybe a Richard Serra, but I probably couldn’t fit it anywhere,” said Avedon. As for his favorite photographer of all time: Henri Cartier-Bresson.

What would art and fashion be without a little music inspiration? The xx played in the center of the Guggenheim’s bottom floor on a stage that rose above a sea of people. VIPs looked down on the scene from the spiral staircases, like Cotillard, who was busy snapping away photos of the performance on her iPhone (cracked screen and all). Derek Blasberg, Constance Joblanski, Joan Smalls, and Harry Brant hung out together as a merry fashion pack. The latter two were seen at the end of the evening skipping all the way to their black SUV ride as they exited the event. Meanwhile, one male model swept us his equally good-looking girlfriend in his arms and whisked her away into the evening, while a friend of Jamie Bochert‘s was trying to lure her to some fun event elsewhere afterwards. “What are you going to do at home!?” they exclaimed as the hour approached midnight. It was a perfectly chic and quintessentially New York evening, to say the least. 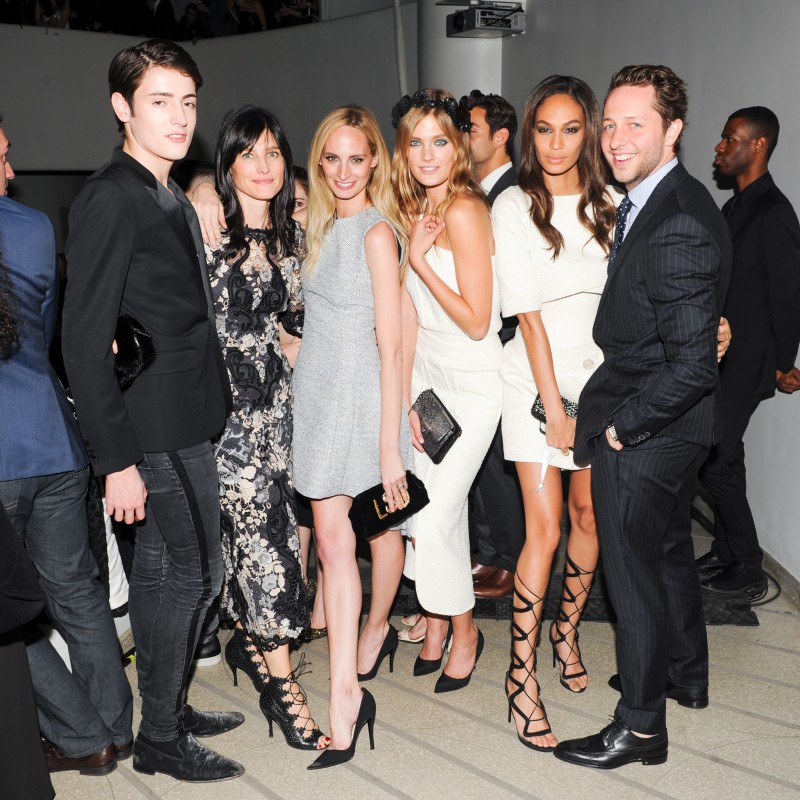 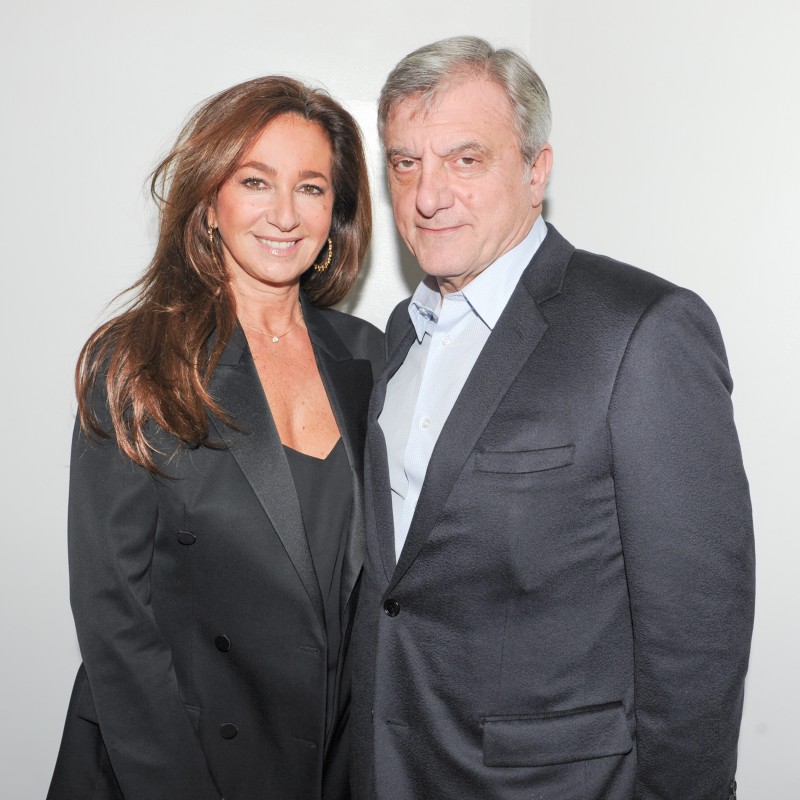