Was Dior’s Opening Look a Commentary on Consent? 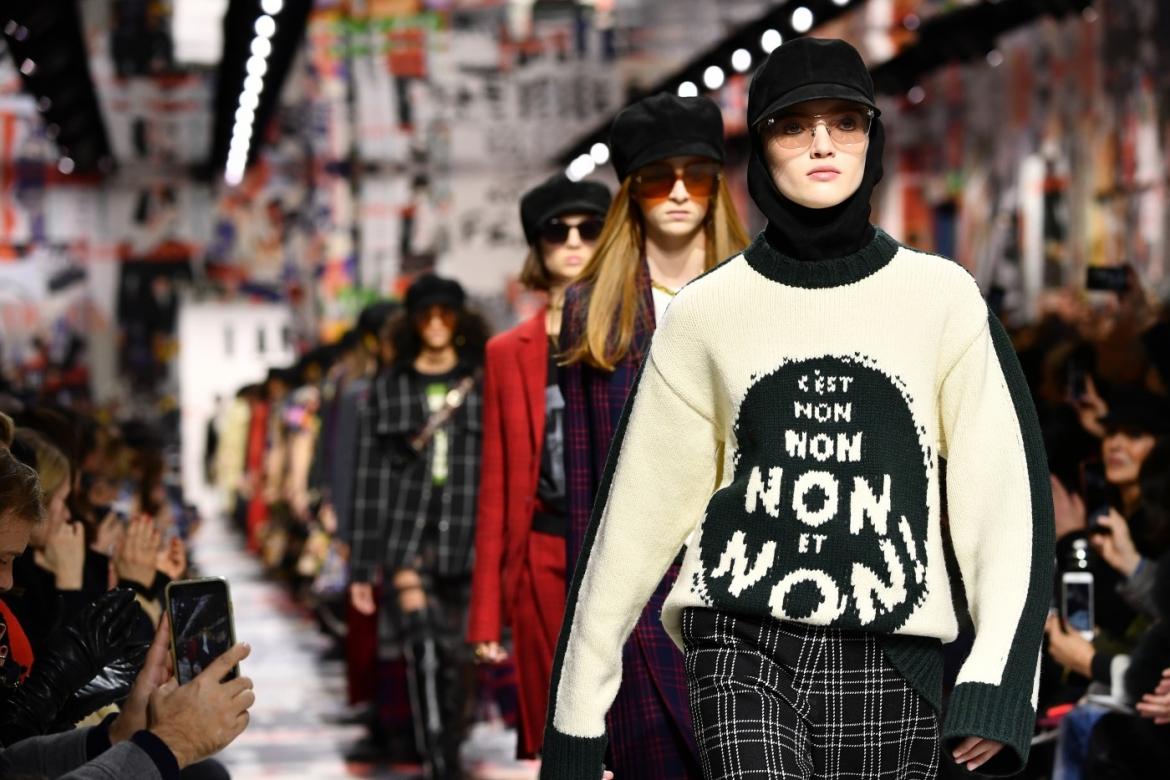 The opening look from the fall 2018 Dior show, held Tuesday at the Musée Rodin, featured a cream and black knit sweater with the words “C’est non non non et non!” on the front, which translates to “It’s no no no and no!” The phrase is reminiscent of “no means no” and would seem to be a comment on consent, especially in light of the #metoo movement, which has been gaining steam in the fashion industry in recent months, and given designer Maria Grazia Chiuri’s history of making feminist statements on the runway at Dior. 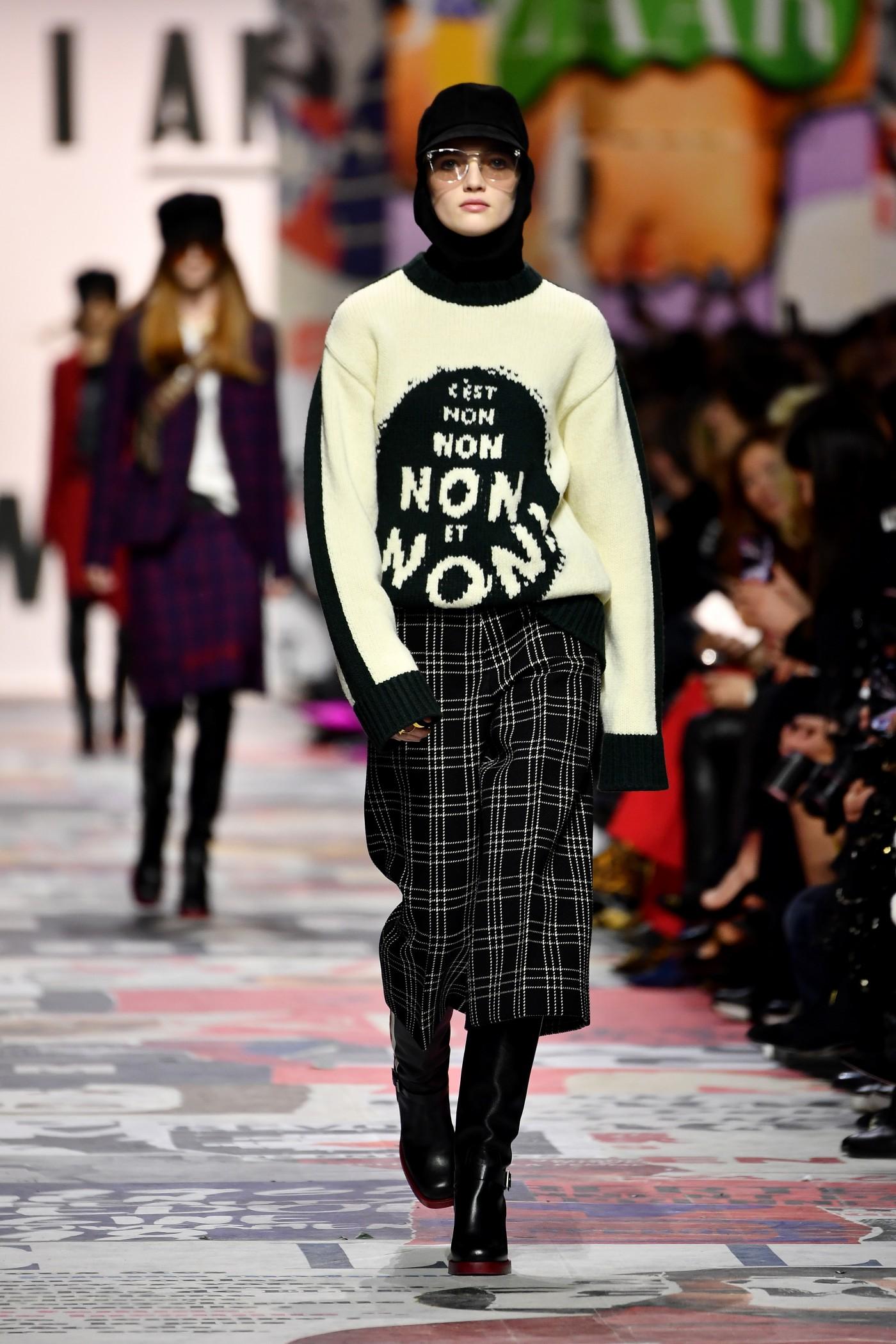 The words “I AM A WOMAN” served as a backdrop for the runway, plastered in big block letters behind the models. Show notes for the collection read: “This act of cutting loose and choosing one’s own image is precisely what Maria Grazia Chiuri sets out for the women of today…Her sharp fashion instinct guides the designer throughout this return to a singular and incredible time, because changing the world also means changing clothes.” 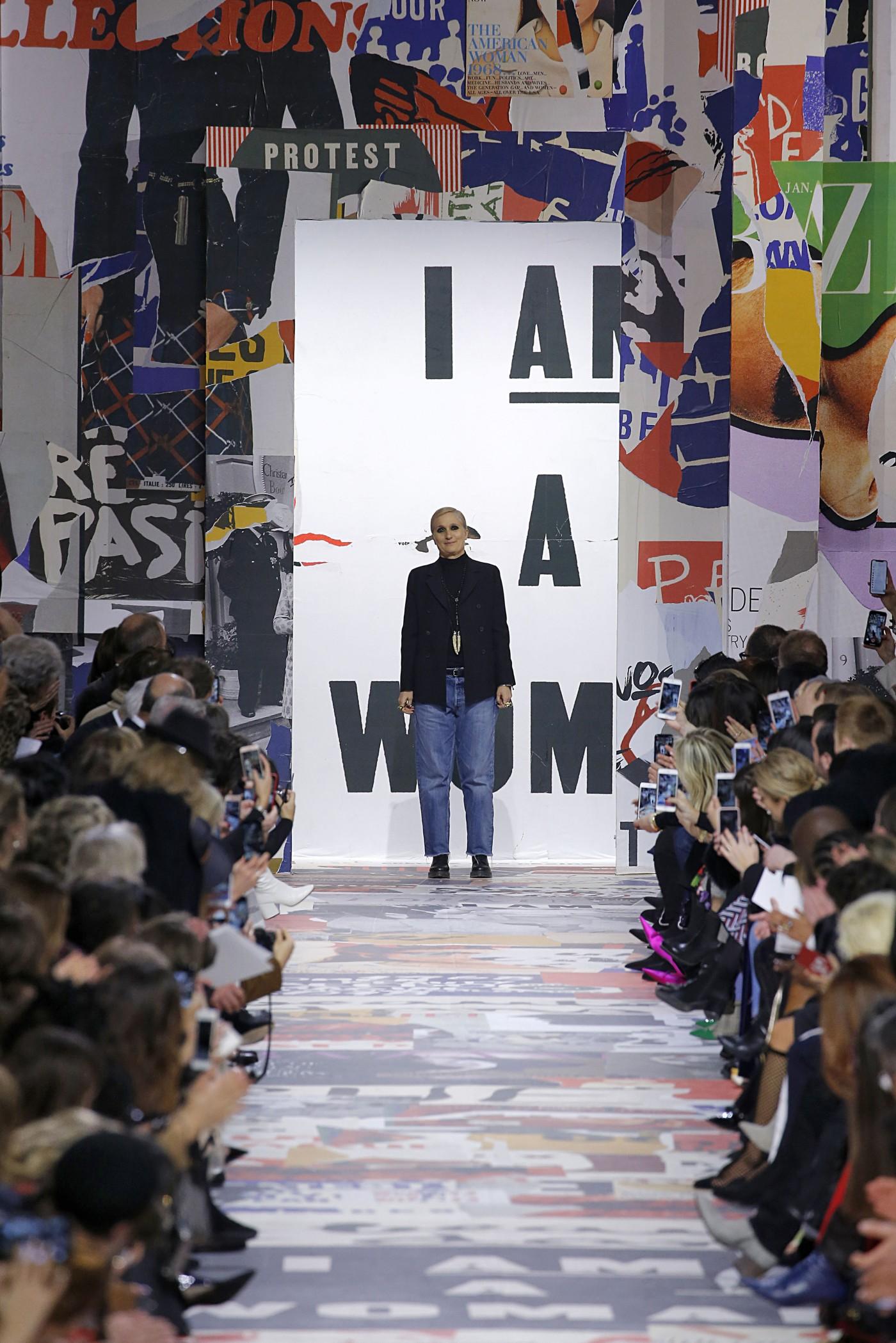 Grazia Chiuri, Dior’s first female creative director, is a proud and outspoken feminist and has made feminist statements and slogans a hallmark of her design philosophy since her arrival at the house in 2016. Her simple and impactful “We Should All Be Feminists” tee shirts — lifted from an essay by  Chimamanda Ngozi Adiche — were the must-have of the season when they debuted at Dior’s spring 2017 show, and were photographed on everyone from Kendall Jenner and Karlie Kloss, to Jessica Chastain and A$AP Rocky. 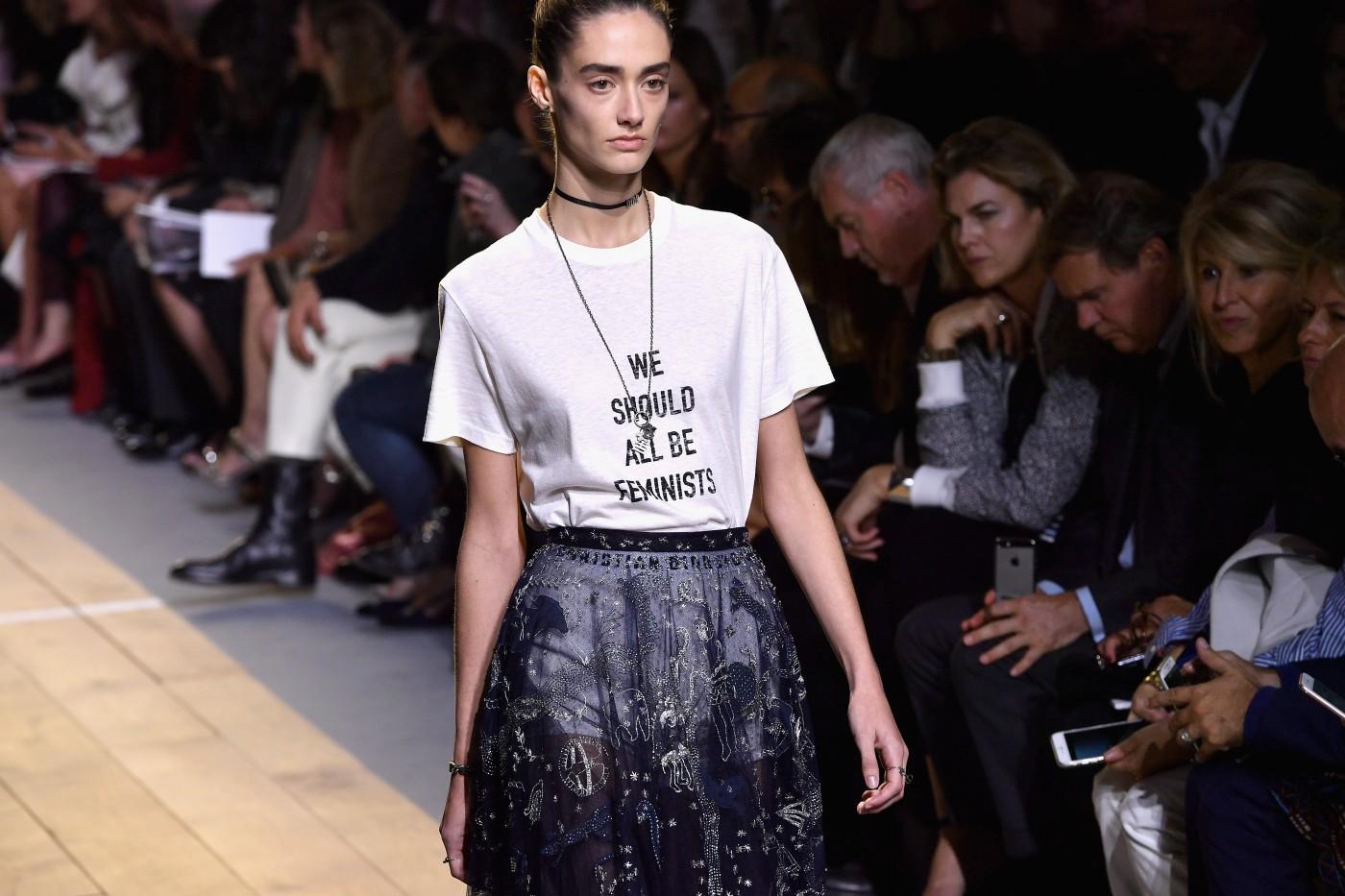 Grazia Chiuri put out another slogan top, this one striped and long-sleeved, for spring 2018 that asked: “Why Have There Been No Great Women Artists?” The bold inquiry was a reference to art historian Linda Nochlin’s landmark feminist art history essay by the same name, which Chiuri supplied at the show along with her show notes. 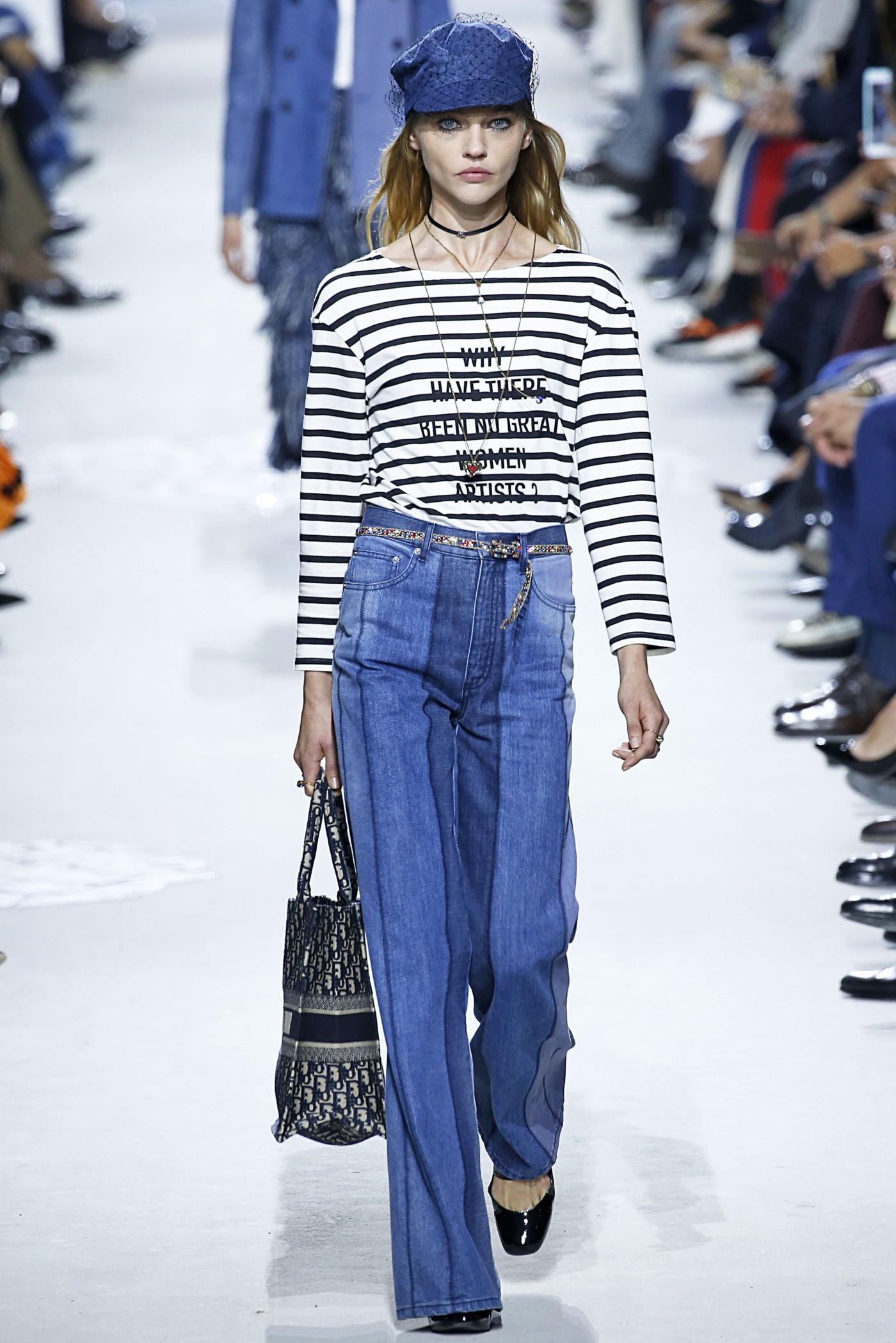 “Dior has to be about female empowerment,” the designer told British Vogue last November. “I try to speak about women now, and for the future.”